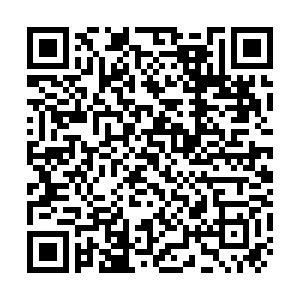 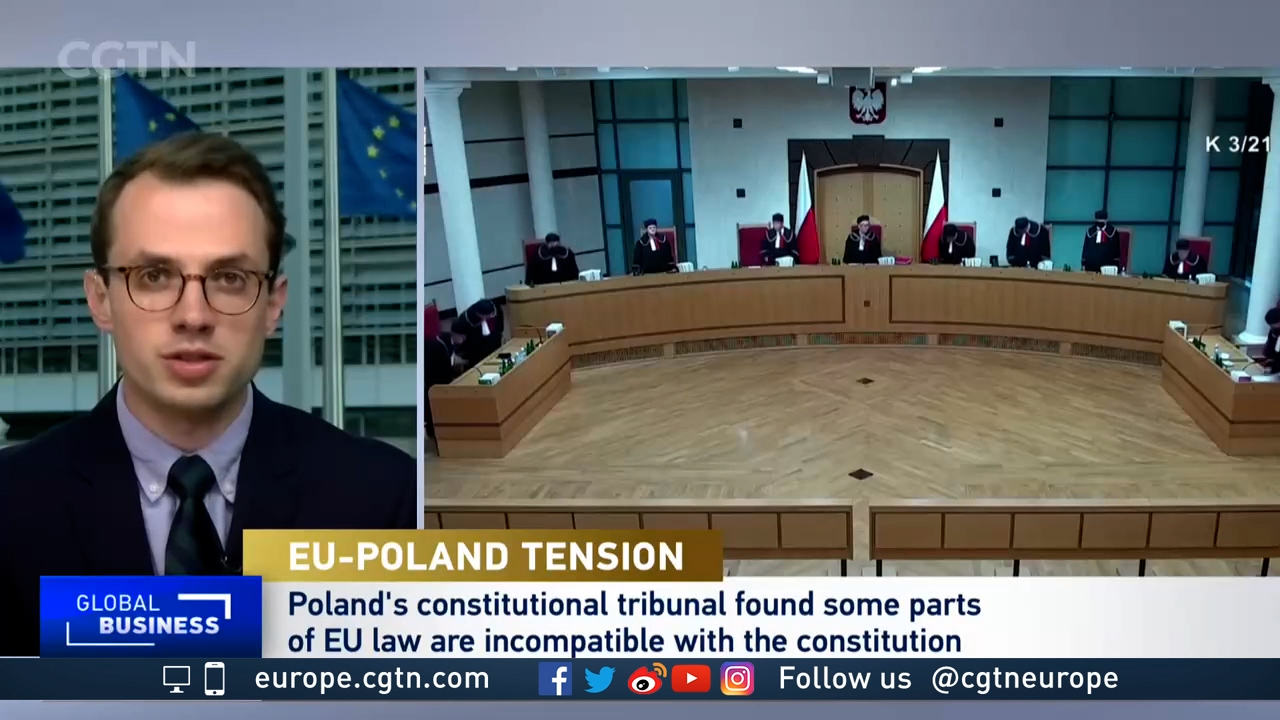 The European Commission says it is "deeply concerned" after a Polish court rejected the European Union's primacy over certain areas of the country's constitution.

"Our treaties are very clear. All rulings by the European Court of Justice are binding on all member states' authorities, including national courts. EU law has primacy over national law, including constitutional provisions," said European Commission President Ursula von der Leyen in a statement.

On Thursday, Poland's Constitutional Tribunal ruled that some EU treaties were not compatible with the country's constitution. That challenges a cornerstone of the European bloc's legal framework – that EU law takes precedence over national law in member states. 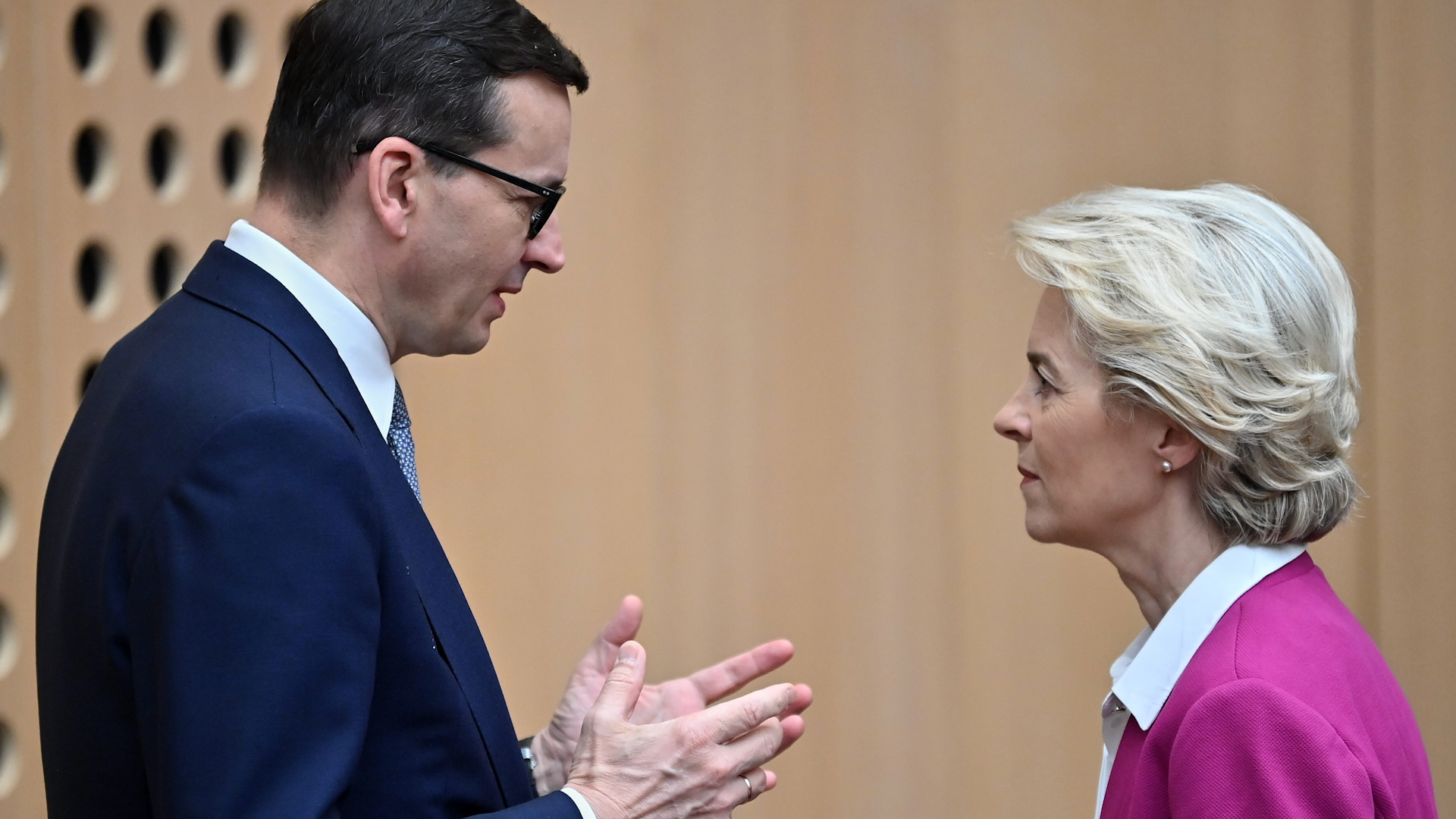 Poland's prime minister and the European Commission's president at a summit this week in Slovenia. /EBS

Poland's prime minister and the European Commission's president at a summit this week in Slovenia. /EBS

The ruling from Poland's top court is just the latest flare-up in a long-running battle between Brussels and Warsaw.

Poland's Prime Minister Mateusz Morawiecki and his Law and Justice Party brought the legal challenge in March. The European Commission has accused his government of undermining judicial independence with recent reforms. 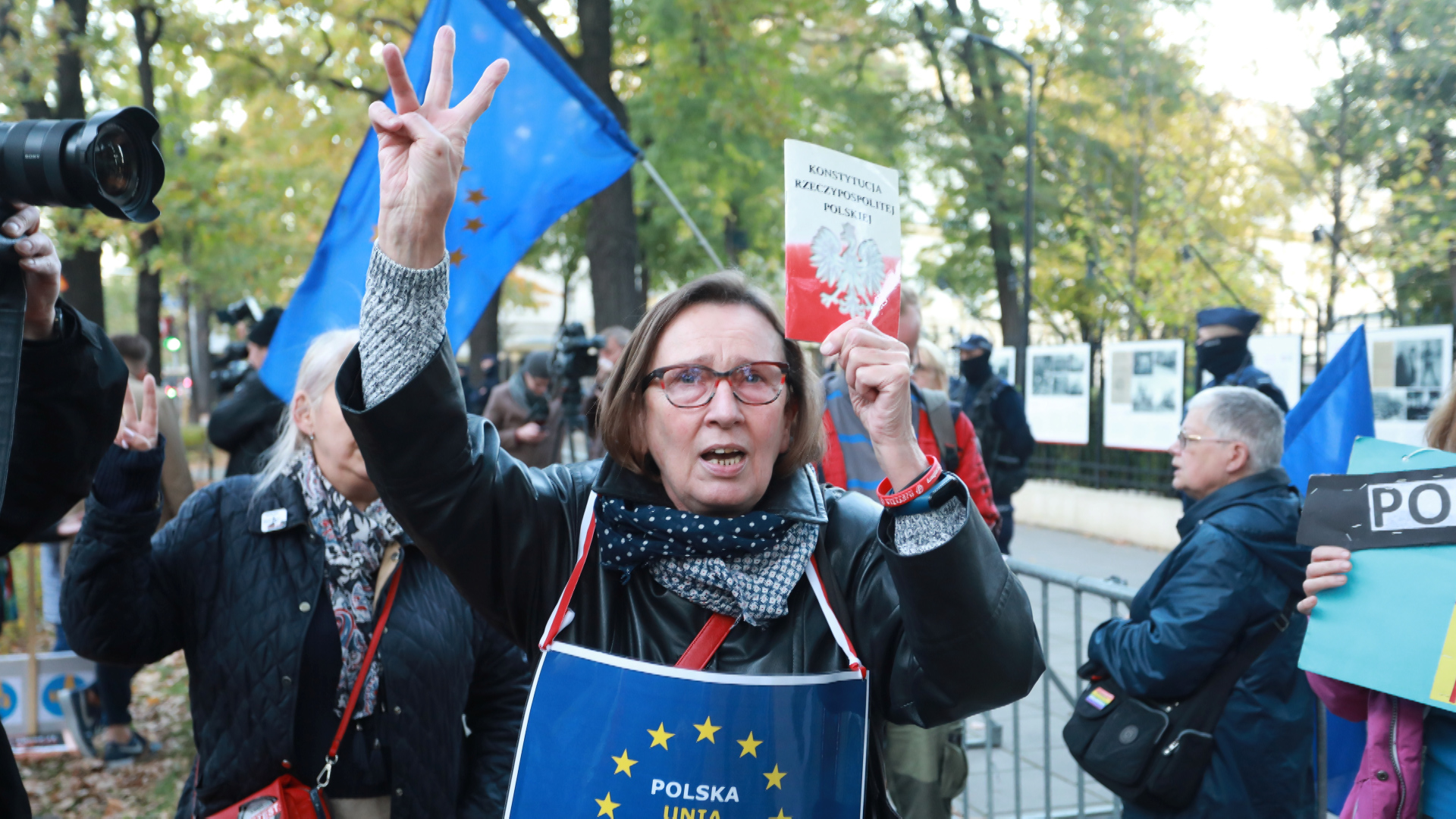 A protester outside the Constitutional Tribunal building in Warsaw. / REUTERS

A protester outside the Constitutional Tribunal building in Warsaw. / REUTERS

"We want a community of respect and not a grouping of those who are equal and more equal. This is our community, our union," Morawiecki wrote in a post on Facebook on Thursday.

However, the ruling does not take effect until it is published in official channels, which could happen as early as next week.

However, while the Commission has made its dismay clear, exactly how it will respond to this challenge to its authority is still up in the air.

A European People's Party spokesperson accused the Law and Justice Party of putting Poland on the road to "Polexit" – or quitting the EU altogether.

"I have instructed the Commission's services to analyze it thoroughly and swiftly. On this basis, we will decide on next steps," said Von der Leyen on Friday.

Donald Tusk, former President of the European Council and also a former prime minister of Poland, has urged his fellow Poles to take to the streets to protest against the ruling from the Constitutional Tribunal.