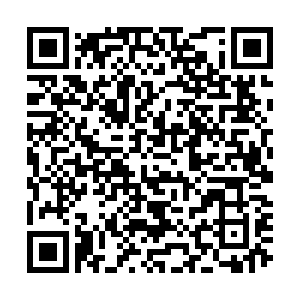 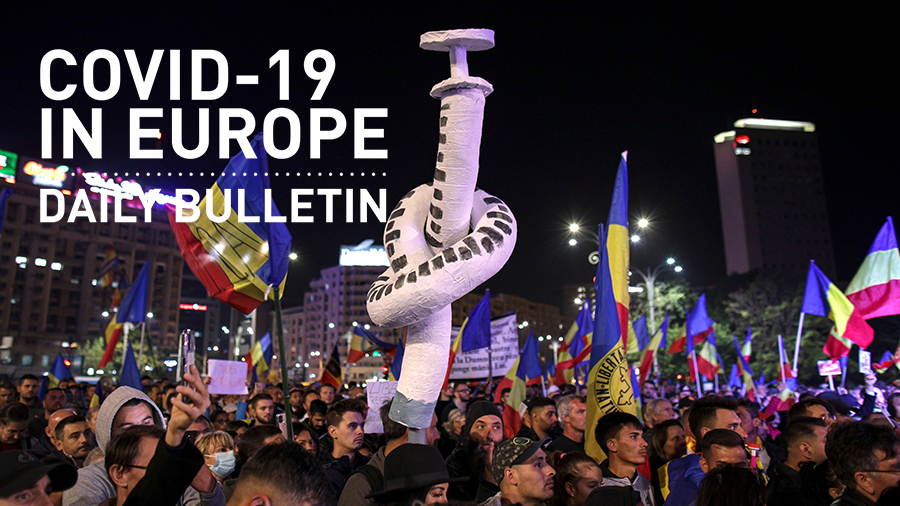 Protesters holding a makeshift syringe with a knot attend a rally against new restrictions imposed by the government after a surge in cases, in Bucharest. /Inquam Photos/Octav Ganea via REUTERS

Protesters holding a makeshift syringe with a knot attend a rally against new restrictions imposed by the government after a surge in cases, in Bucharest. /Inquam Photos/Octav Ganea via REUTERS

• All barriers to the World Health Organization clearing Russia's Sputnik V COVID-19 vaccine have now been cleared and only some paperwork remains to be completed, says Russian health minister Mikhail Murashko.

Sputnik V, widely used in Russia and approved in more than 70 countries, has been under review by the WHO for months but has yet to be cleared to join the list of COVID-19 vaccines so far given WHO emergency use approval - Pfizer, AstraZeneca, Sinovac, Sinopharm, Moderna and J&J.

"Russia's position on promotion and registration of the Sputnik V vaccine was heard, we have removed all the questions for today," Murashko was quoted as saying by Interfax news agency after a meeting with WHO director general Tedros Adhanom Ghebreyesus in Geneva.

He said that the company which is dealing with Sputnik V registration at WHO only "has to sign a few documents, submit a few additional papers." Reuters said the WHO could not be immediately reached for comment.

• The death toll from a fire in an intensive care unit at a Romanian hospital treating COVID-19 patients, the third in one of the country's hospitals in a year, has reached a total of nine victims.

• Meanwhile, thousands of people gathered in Bucharest to complain against Romania's "mandatory vaccination," despite cases rising in the country at an alarming rate. Romania has vaccinated a third of its population of 19 million, but it's still the EU country with the second lowest vaccination rate after Bulgaria.

• Number two ranked tennis player Aryna Sabalenka will not play at the Indian Wells tournament in the U.S. after testing positive for COVID-19. The 23-year-old, the top seed in the women's draw, said: "I've started my isolation and I'll be staying here until I'm cleared by the doctors and health officials. So far I'm looking ok but really sad to not be able to play this year."

• Russia reported a new high of 890 COVID-19-related deaths in one day on Sunday, the fifth successive daily record. The government coronavirus task force also said it had recorded 25,769 new cases in the last 24 hours, including 4,294 in Moscow.

• The UK is expected to cut its travel restriction, slashing its "red list" from 54 to only nine, according to a report in The Sunday Telegraph. Many travelers to and from these countries who have been fully vaccinated will be able to avoid costly hotel quarantines as soon as later next week.

• New Zealand has announced tighter border restrictions, as new cases emerge in areas previously considered COVID-19-free. Travelers arriving by plane aged 17 and above will need to be fully vaccinated to be allowed entry to the country, unless they're New Zealand citizens.

• Beijing will resume its city-wide annual marathon on October 31 after having it cancelled last year because of the pandemic, according to Xinhua. The race is expected to involve about 30,000 runners.