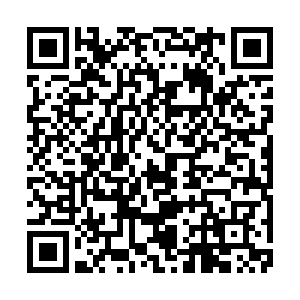 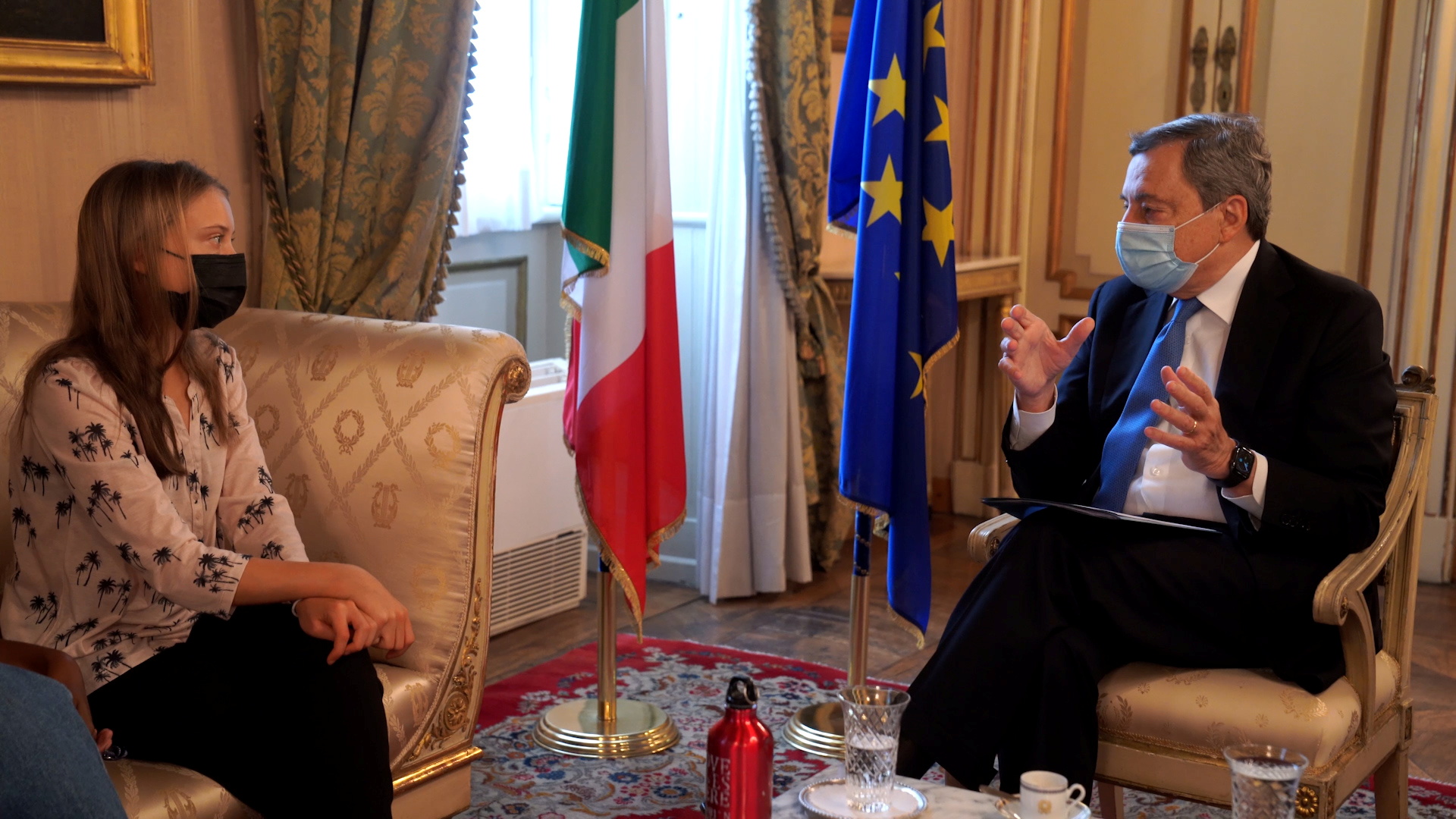 Climate activist Greta Thunberg met Italy's Prime Minister Mario Draghi at a youth climate summit in Milan on Thursday. The Youth4Climate event is taking place as climate ministers also converge on the Italian city for the Pre-COP summit, the final round of preparatory talks before the United Nations COP26 climate change conference in November.

Video footage released by the Italian Prime Minister's office showed Draghi talking to Thunberg and two other young activists. An environmentally friendly refillable water bottle was perched on the coffee table in front of Thunberg.

"You're right to demand accountability and change," said Mario Draghi in a speech to the Youth4Climate event, which was briefly interrupted by protesters.

"Under current trends, we are falling short of our promise to limit global warming to 1.5 degrees [Celsius]," he added. 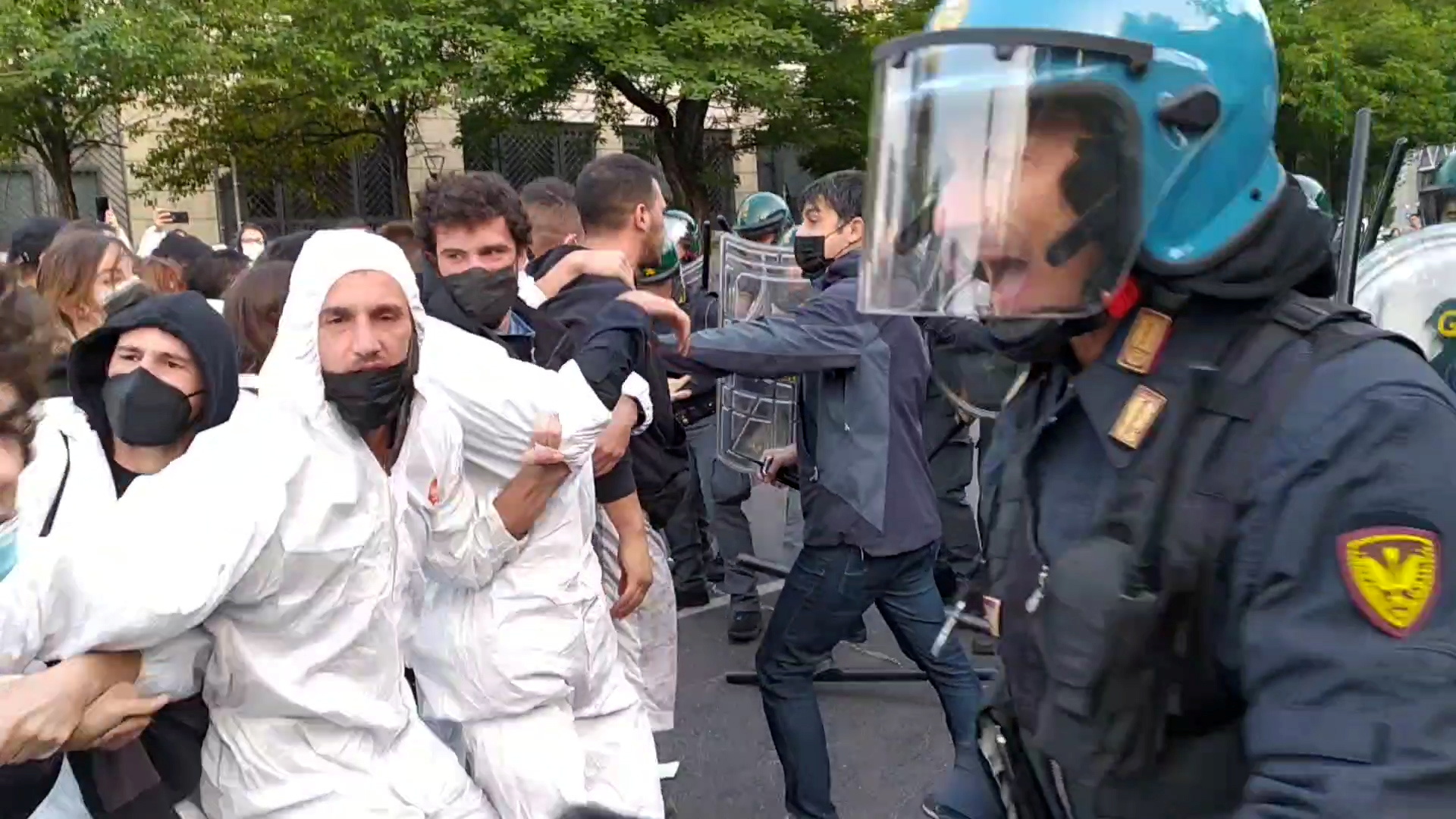 Protesters and police clash in Milan. /Globalproject.info via Reuters

Protesters and police clash in Milan. /Globalproject.info via Reuters

UK Prime Minister Boris Johnson was also in Milan, telling the conference that world leaders are aiming for progress on four key issues at COP26: "Coal, cars, cash and trees."

"We want all the countries in the world to move off coal. We want everybody to stop using internal combustible engine vehicles and it can be done, people are moving away from them as we speak," he added.

Another issue expected to dominate the pre-COP26 talks is climate finance. Under the terms of the 2015 Paris Agreement on climate change, wealthy countries pledged $100 billion per year to help developing nations respond to climate change. However, funding has so far fallen well short.

Earlier in the week, Thunberg had publicly mocked politicians for how they talk about climate change and environmental issues. 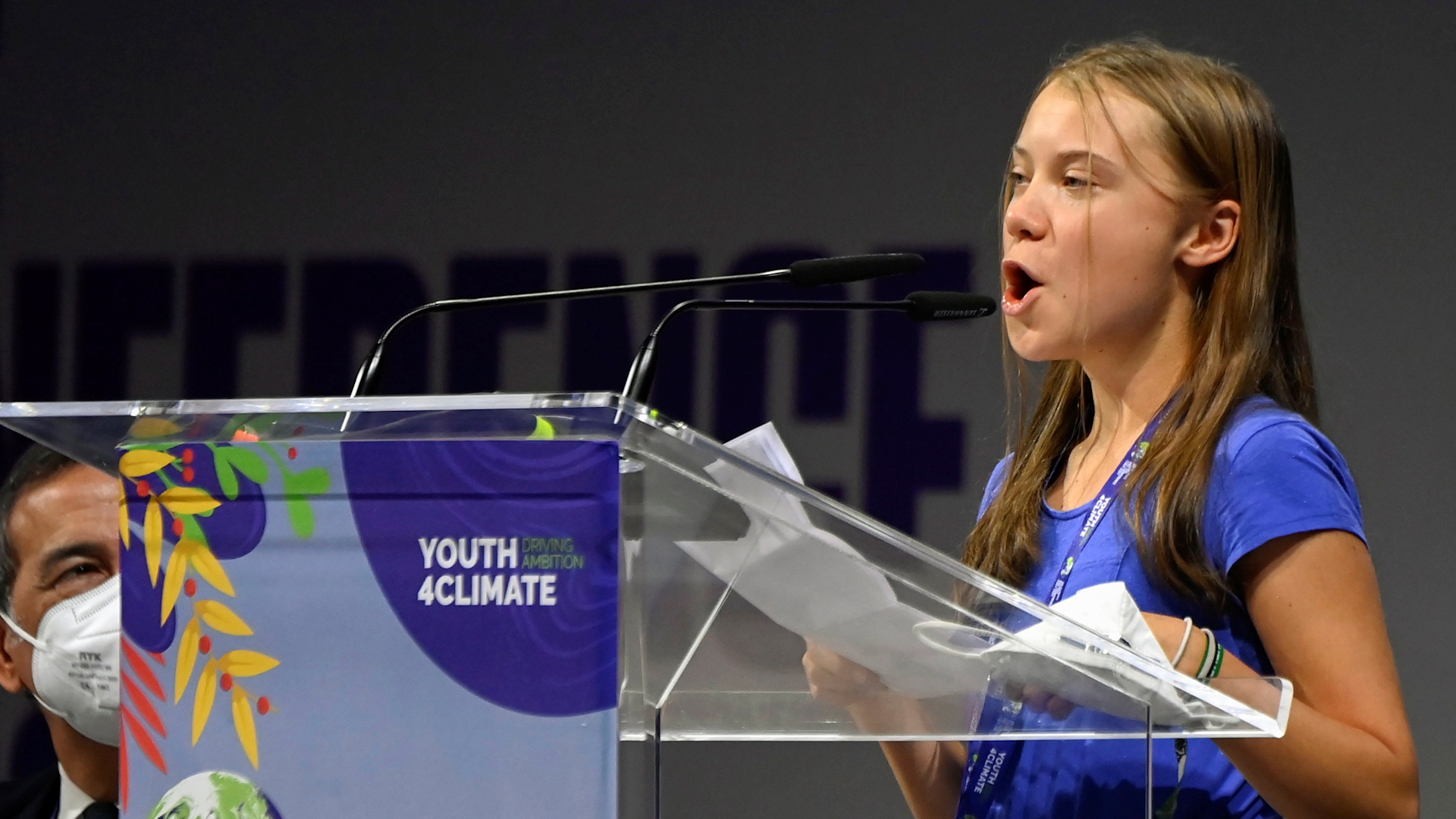 "Net zero by 2050, blah blah blah. Net zero, blah blah blah. Climate neutral, blah blah blah. This is all we hear from our so-called leaders: words, words that sound great but so far have led to no action. Our hopes and dreams drown in their empty words and promises," said Thunberg.

Last week, thousands of activists also marched in Europe and across the world in the latest "Fridays for Future" protest.