Download
Hobbits in Italy: Lord of the Rings alongside olive trees and wineries
Hermione Kitson in Abruzzo 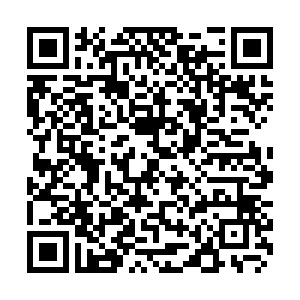 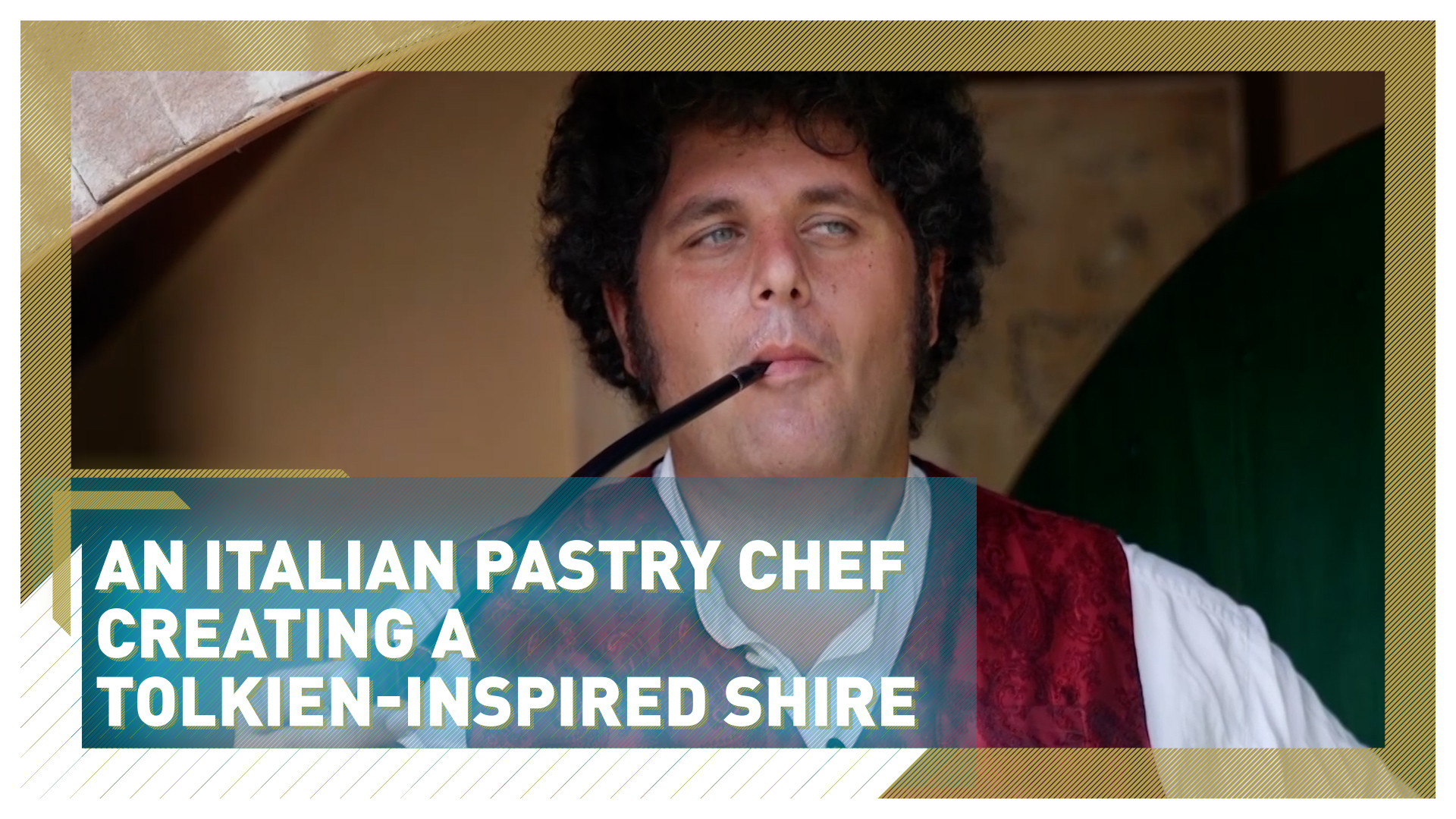 Movie stars from The Lord of the Rings have thrown their support behind an Italian super-fan trying to create his very own Tolkien-inspired "Shire" in Italy.

Pastry chef and geologist Nicolas Gentile has launched a crowdfunding campaign to raise millions of dollars for his project in the region of Abruzzo.

"I want everyone who comes here to remember that magic really exists," he said.

It's a cause the 37-year-old committed to after being diagnosed with Leukemia in 2014 and now stars from The Lord of the Rings movie franchise have pledged their support in several video messages.

Elijah Wood, who starred as Frodo Baggins in the films, said in his video: "It is incredible what you're doing … looking at the 3D mock-ups, it is absolutely perfect from what I remember Bag End to be, so well done. I can't wait to watch your progress."

Sean Astin, who played Samwise Gamgee, said: "Nicolas, what an amazing thing you are doing, you are making it – the real Shire, in Italia, it's incredible. Congratulations and good luck!"

Billy Boyd, the actor who played Pippin, also voiced his support: "If you can help in any way, please do. Lots of love to everyone in Italy."

Gentile said it was an important and emotional endorsement. "For me, it was wonderful because I saw in them the same love and passion for the project that I have. It was fantastic."

He added that his obsession is not an escape from reality but a real adventure of epic proportions. 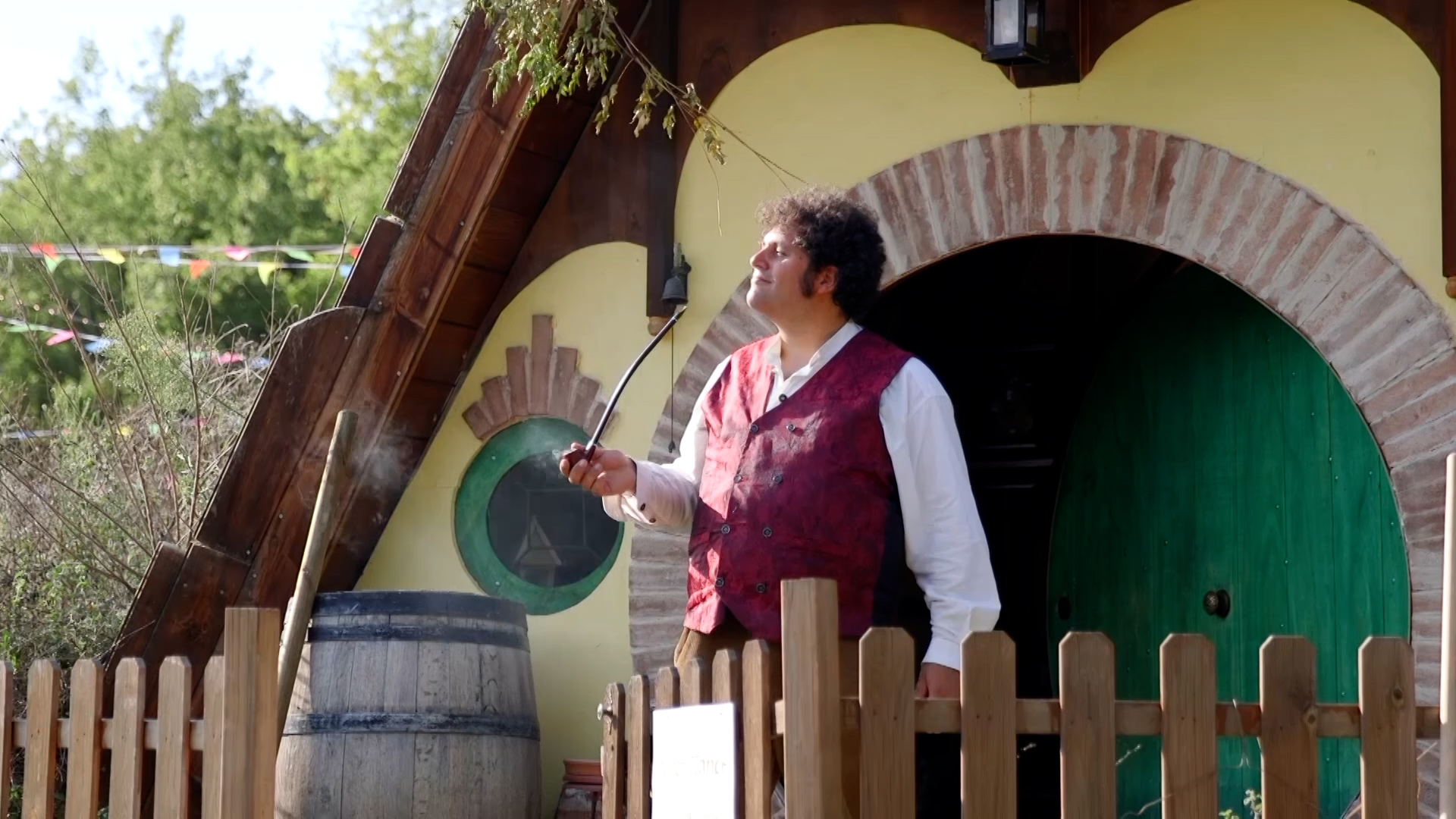 And with his illness under control, he led his voyage to Italy's "Middle Earth" in August, walking 300km from his town of Bucchianico to Mount Vesuvius in Naples.

"There were difficult moments, especially when we found ourselves lost in the mountains without phones or any mode of communication, but it was wonderful because we had help from so many people along the way," he said.

"And when we arrived at the top of Mount Vesuvius in front of the caldera, and we threw in the ring – it was one of the most beautiful moments of my life."

The 37-year-old's wife and children are the other protagonists in his story.

"We want to give our children something that this era of too much technology doesn't offer – we want to go back in time to a simple life with more human contact."

Fellow fans who also wanted to travel back in time made the pilgrimage to the Italian Shire for the birthday of major character Bilbo Baggins.

Tiziano Ferracci travelled from Rome for the party. "For my friends and me, it's like living a dream, a dream come true," Ferracci said.

"It's like we've really entered the world of The Lord of the Rings. It is a unique experience that's difficult to describe," said another die-hard fanatic, Umberto Canal.

And under the night sky, the two worlds blurred as guests dined and danced like from fictional eras past.

There were 400 people in attendance from across Italy. But it's hoped it will attract visitors from around the world when it's completed.

Perhaps post-pandemic, all the world needs is a little touch of Gentile's magic.