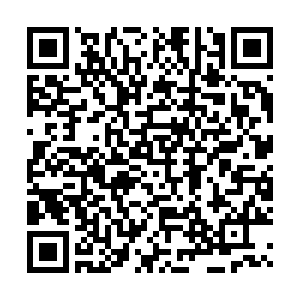 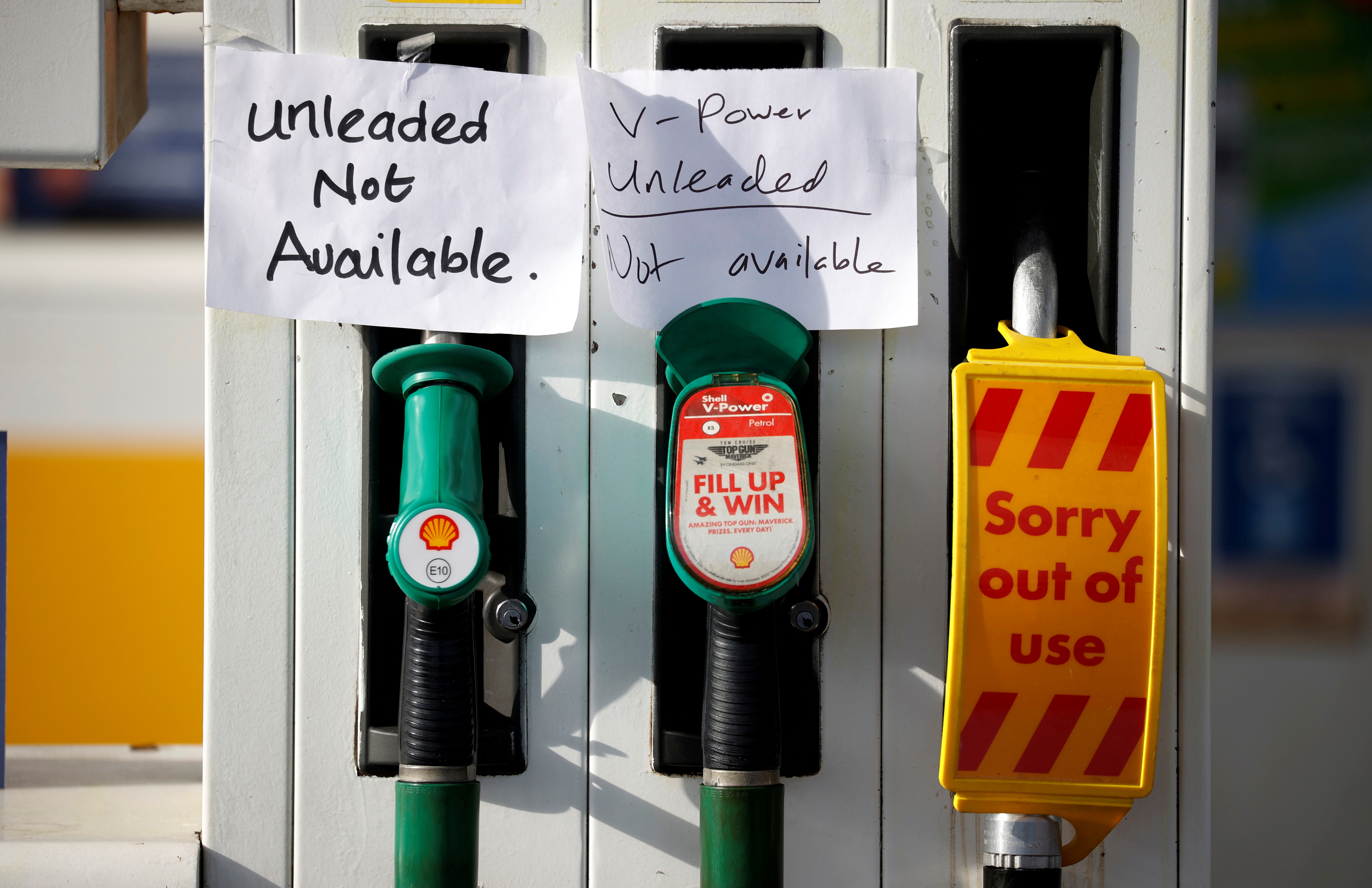 Hand written signs are stuck to a petrol pump with no fuel available at a Shell filling station in Manchester, Britain on Friday. Reuters/Phil Noble

Hand written signs are stuck to a petrol pump with no fuel available at a Shell filling station in Manchester, Britain on Friday. Reuters/Phil Noble

Britain is expected to announce plans to issue temporary visas to truck drivers to alleviate an acute labour shortage that has led to fuel rationing at some filling stations and warnings from retailers.

Newspapers reported that the government would allow up to 5,000 foreign drivers into Britain on short-term visas, a measure that logistics companies and retailers have demanded for months but which the government had previously ruled out.

The UK's Road Haulage Association (RHA) says Britain needs 100,000 more drivers if it is to meet demand. The driver shortage has been caused partly by Brexit and COVID-19, and the loss of about a year of driver training and testing.

"We're looking at temporary measures to avoid any immediate problems, but any measures we introduce will be very strictly time limited," a spokeswoman for Johnson's Downing Street office said in a statement.

Ministers have cautioned against panic buying, and oil companies say there is no shortage of supplies, merely problems delivering the fuel to the gas stations.

However, long lines of vehicles began gathering at petrol stations to fill up after BP said it had to close some of its outlets due to the driver shortages. 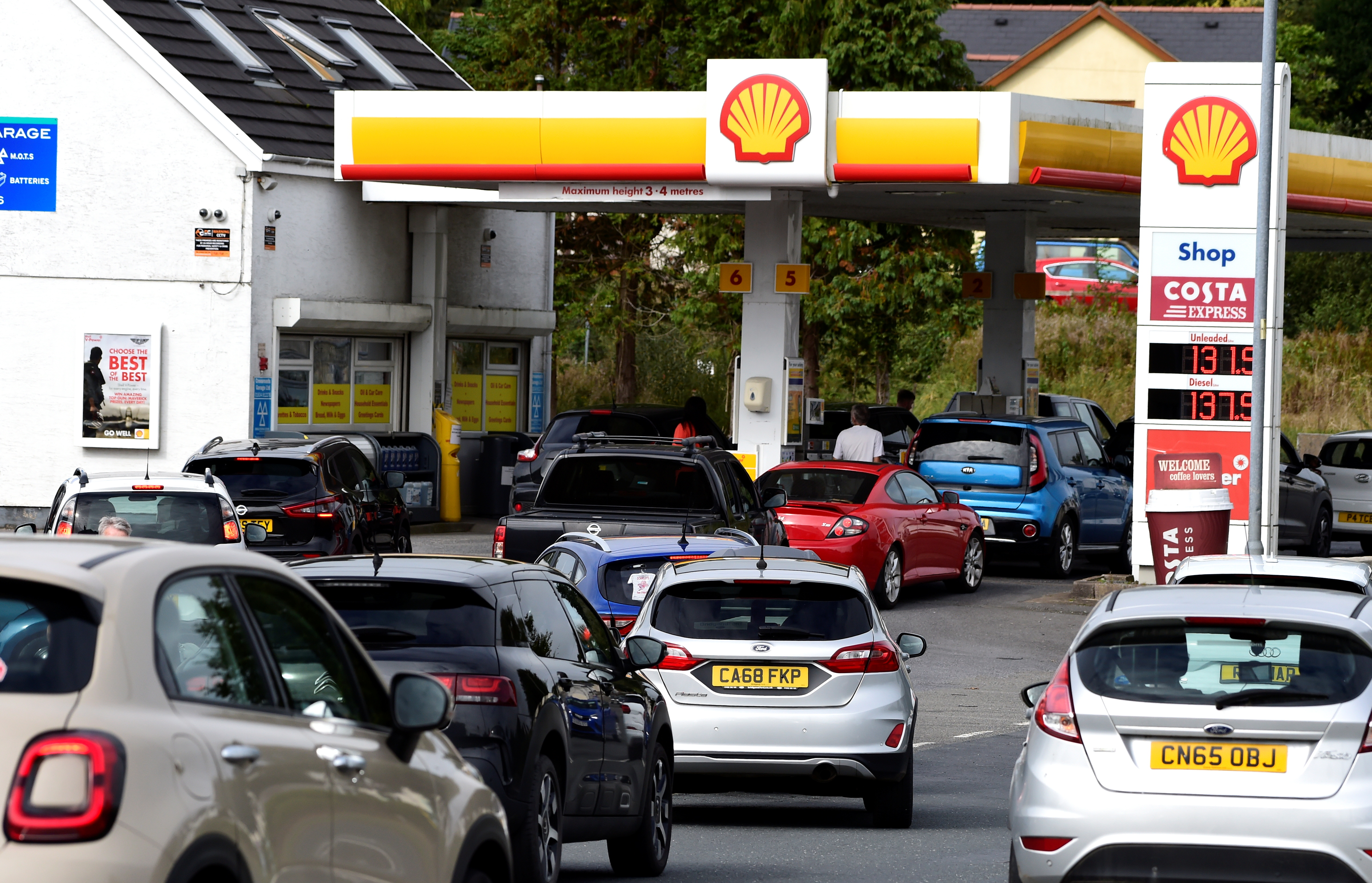 Some Shell stations also reported pumps running dry while ExxonMobil's Esso  said a small number of its 200 Tesco Alliance retail sites had also been impacted in some way.

EG Group, which runs hundreds of forecourts across Britain, said on Friday it would impose a purchase limit of 30 pounds ($41) per customer for fuel due to the “unprecedented customer demand”.

"We have ample fuel stocks in this country and the public should be reassured there are no shortages," the Downing Street spokeswoman said.

"But like countries around the world we are suffering from a temporary COVID-related shortage of drivers needed to move supplies around the country."

Other countries such as the United States and Germany are also dealing with truck driver shortages.

Britain says the long-term solution is for more British drivers to be hired, with the RHA saying better pay and conditions are needed to attract people into the industry.

But the retail industry has warned that unless the government acts to address the shortage in the next 10 days, then significant disruption is inevitable in the run-up to Christmas.