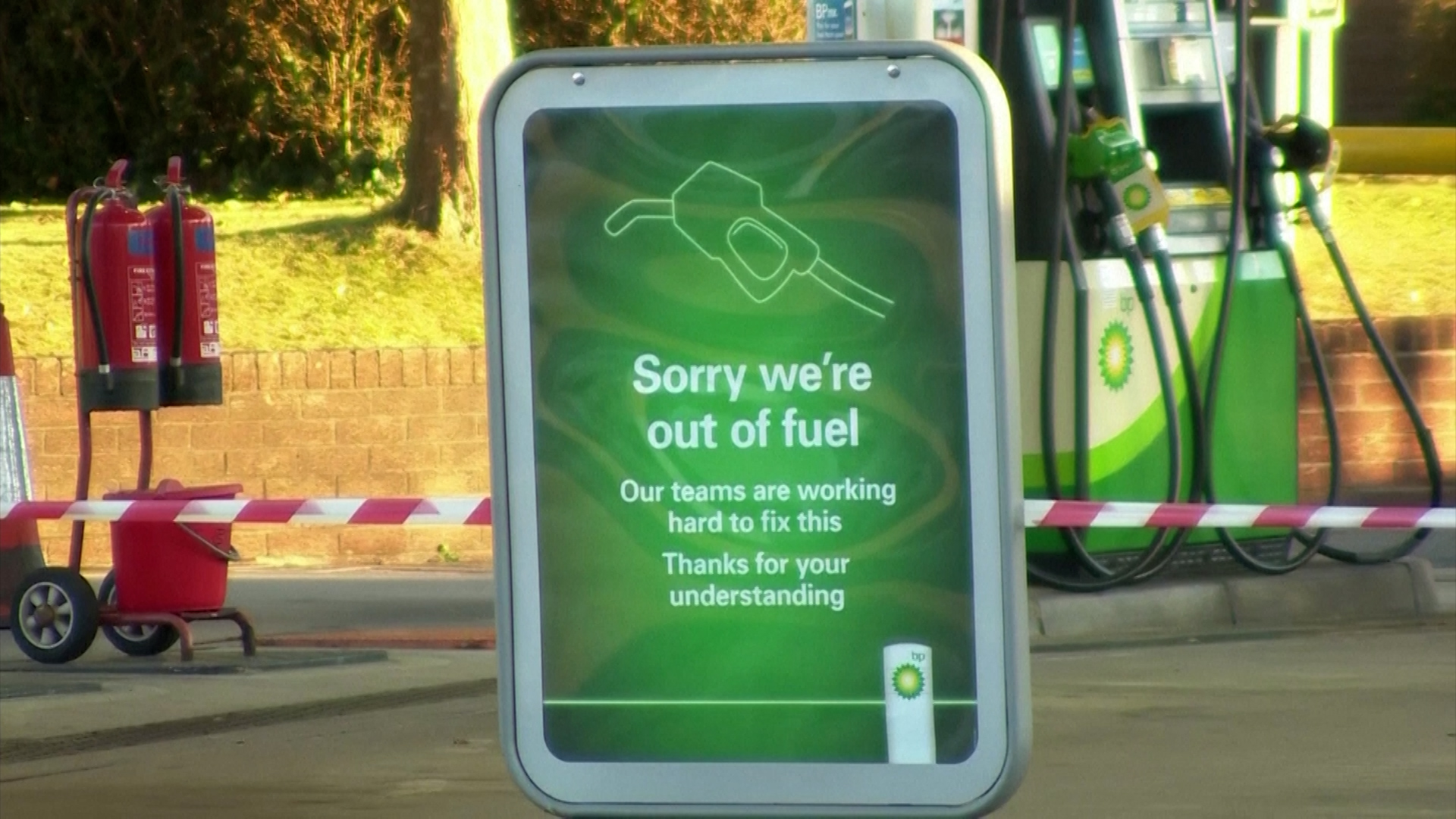 The UK government has vowed to "move heaven and earth" to resolve a lack of delivery drivers that is forcing some petrol stations to close, with the prime minister reportedly asking minister to relax visa rules. Supply chain disruption and chronic labor shortages have prompted the UK's central bank to warn of spiralling living costs this winter.

Things seemed to operating normally at a BP petrol station in west London visited by CGTN Europe on Friday. However, the firm said up to 100 of its 1,200 UK forecourts were missing at least one grade of fuel – forcing a handful to close.

Exxon-Mobil's Esso said some of its filling stations that operate alongside Tesco supermarket stores were affected too.

There are reports of panic buying in parts of England. 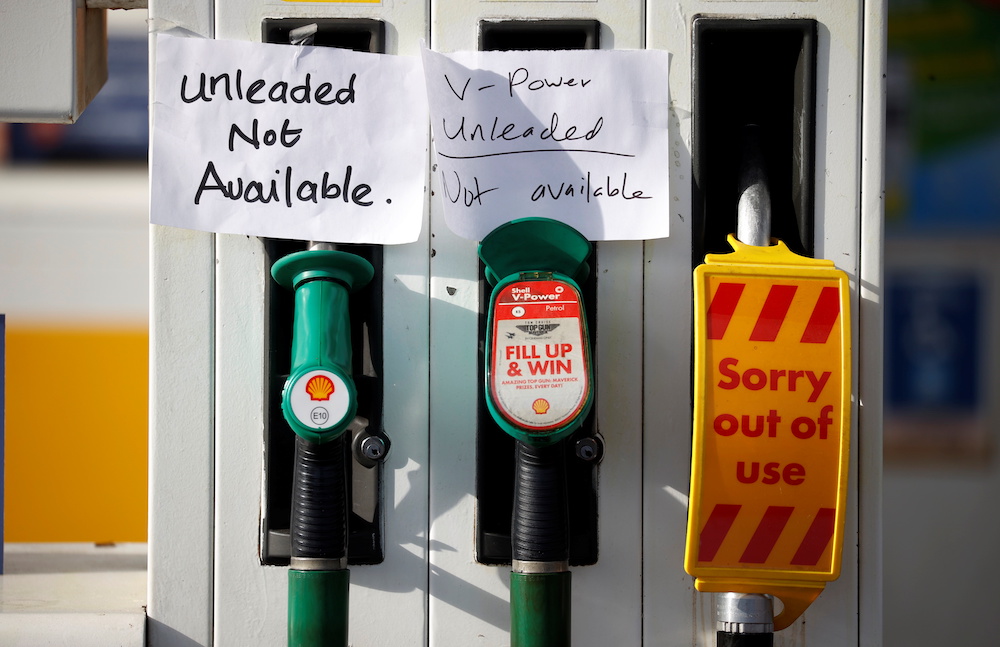 Some fuel stations, like this Shell garage in Manchester, have run dry./ Reuters/Phil Noble

Some fuel stations, like this Shell garage in Manchester, have run dry./ Reuters/Phil Noble

But Transport Minister Grant Shapps insisted there is no shortage of fuel supplies, and that the lack of truckers is due to the bottleneck in approving new drivers – with some 40,000 unable to take their tests, as centers are closed because of the pandemic.

"What we're doing is moving heaven and earth," the minister claimed.

"I have already introduced legislation, which has helped double the number of available testing slots from pre-pandemic levels," said Shapps. "So we're getting those drivers tested and through and they're joining the marketplace. And of course, they're doing so on significantly better salaries as well. So wages have gone up and that's bringing more drivers back into the market again," he added.

Industry group the Road Haulage Association, has accused ministers of "government by inertia" – saying the situation had been allowed to get gradually worse before action was taken.

Media reports suggest the Prime Minister Boris Johnson has given the go-ahead for UK immigration rules to be relaxed to allow more foreign truck drivers into the country to ease shortages at petrol stations and other supply chains which have been hit by Brexit.

But with the wholesale gas price hike sending energy companies under, affecting more than a million consumers, and inflation set to soar four percent, according to the Bank of England, there’s a sense Britain’s economic recovery from the Covid pandemic could soon be running on empty.