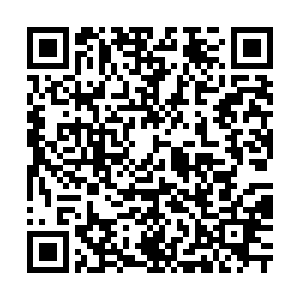 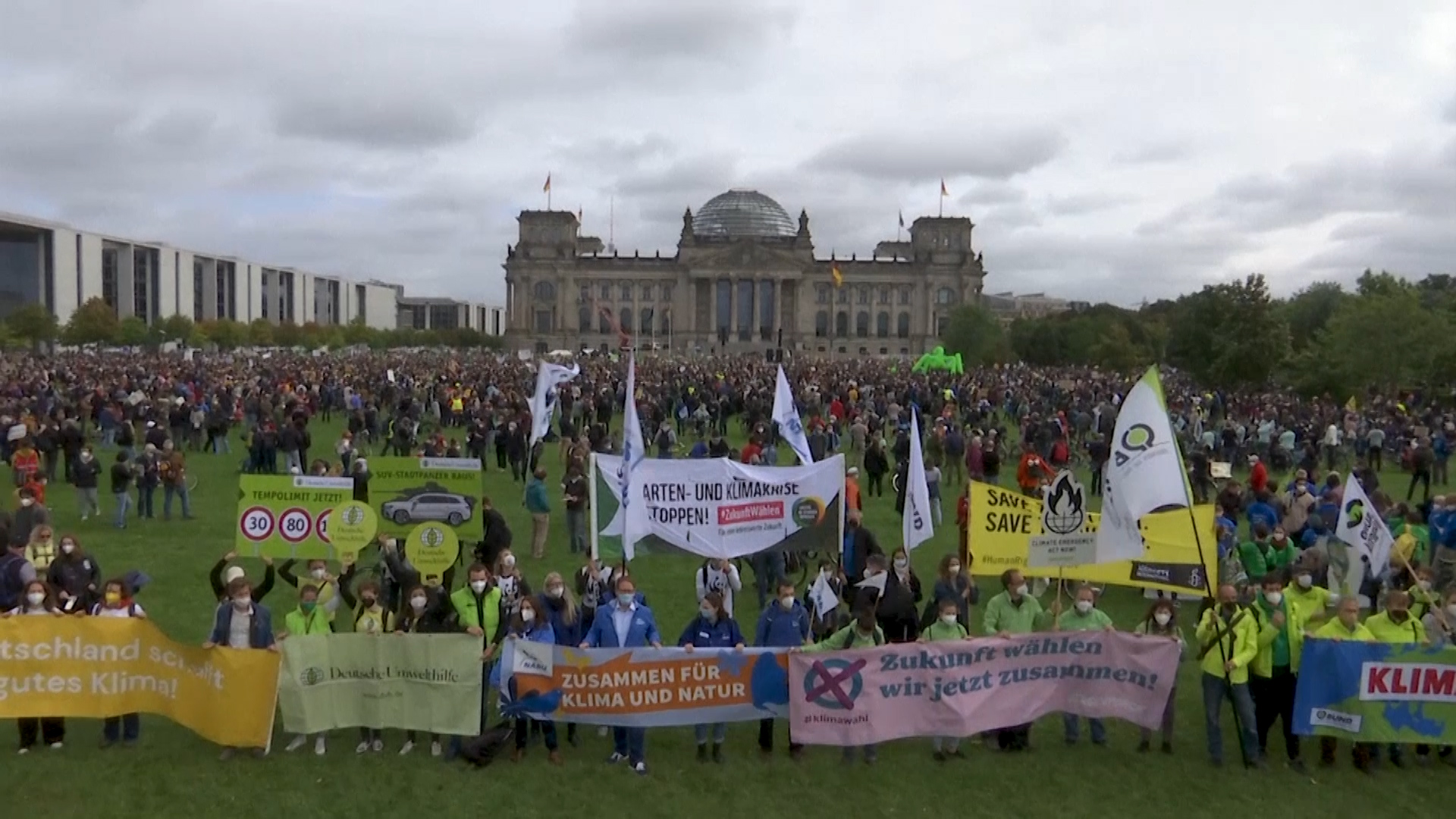 Protesters hit the streets in cities across Europe and around the world on Friday, demanding governments do more to fight the climate crisis.

Some of the largest demonstrations were in Germany, where citizens will head to the polls in elections this weekend.

Environmental activist Simona Haselier was downbeat about the chances of impacting votes in Sunday's election but said it was an important time to grab people's attention.

"I think it's especially important to send a signal today before the federal election and I hope that especially many people in the older generation will think again about how they will vote when they see how many young people are worried about the future," Haselier told the Associated Press.

In Berlin, protestors marched through the streets carrying a banner with the slogan: "Fight for Climate Justice."

Another demonstrator held up a pink sign that simply read: "This world is on fire." 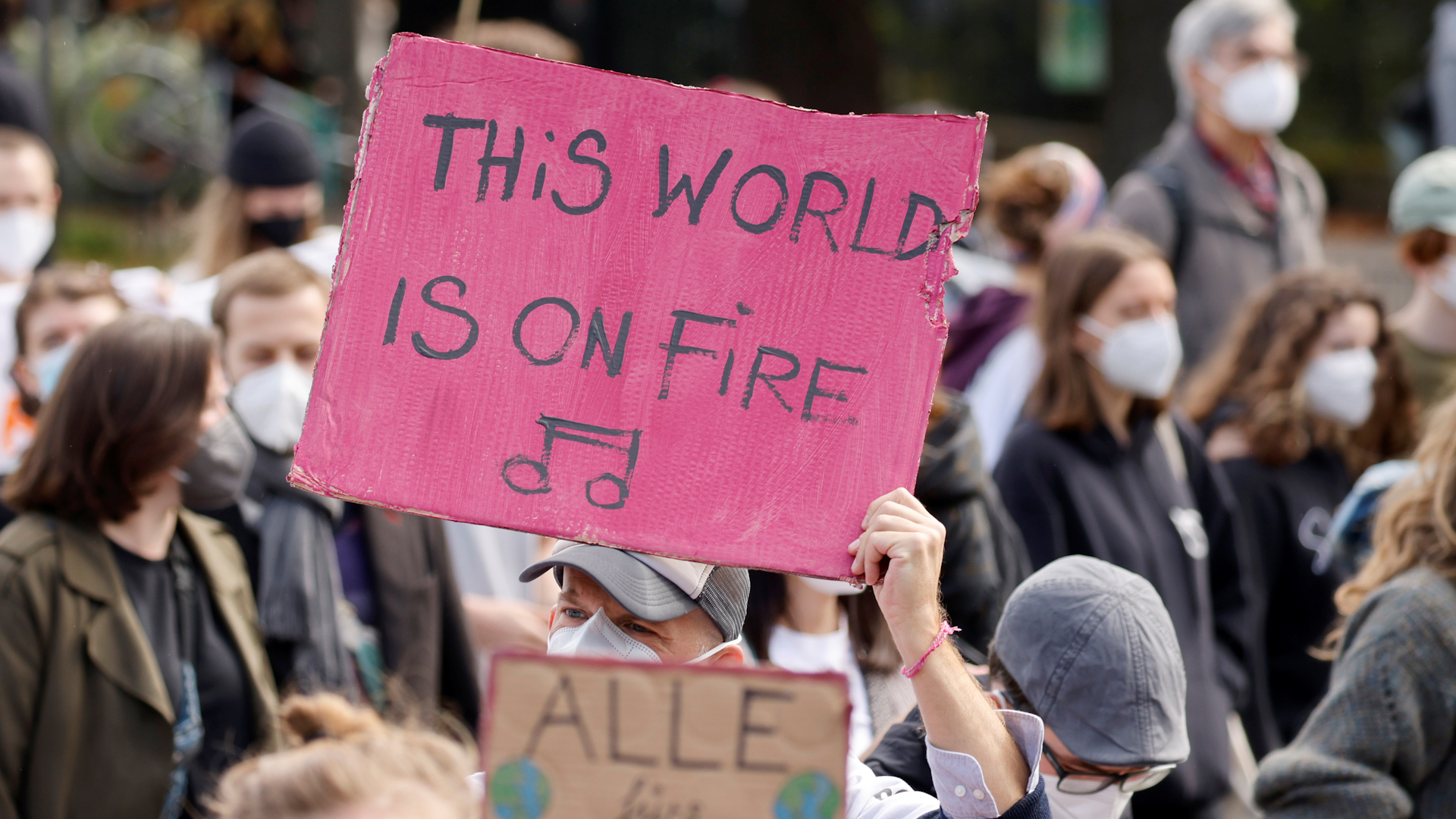 Swedish climate activist Greta Thunberg, who started the "Fridays for Future" movement, also appeared at the rally in the German capital.

"If there's one other thing that this pandemic has shown us, it is that the climate crisis has never once been treated like an emergency. It is clearer than ever that no political party is doing close to enough," she told the crowd. 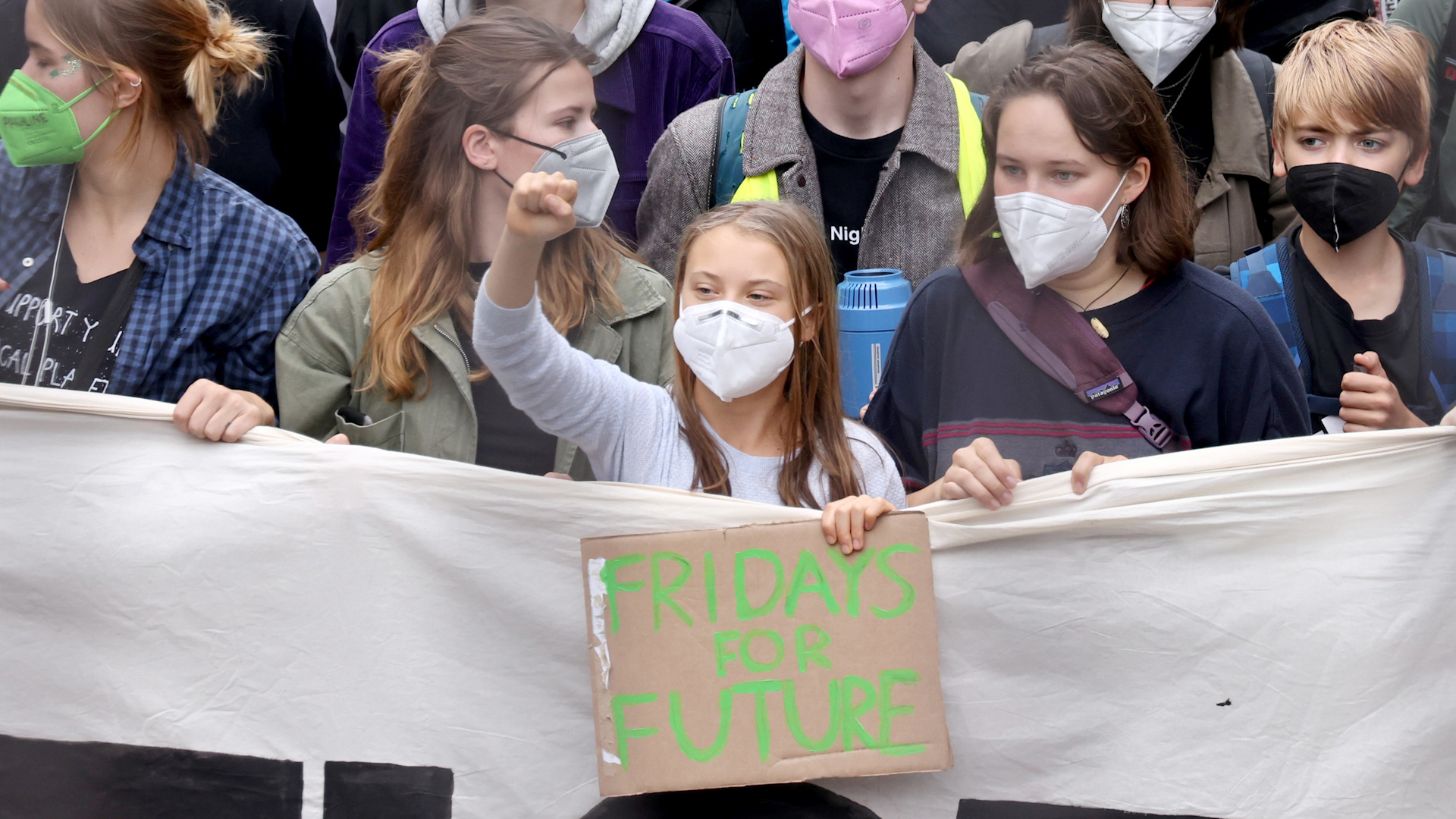 The Fridays for Future group recorded more than 1,500 different events on its website, with the majority in Europe. Among many others, there were also gatherings in Vienna and Warsaw.

Meanwhile, events were registered in Buenos Aires in Argentina, Cape Town in South Africa, Mumbai in India and Sydney in Australia.

The wave of global protests was coordinated on social media through the hashtag: #UprootTheSystem.

The "Fridays for Future" movement was reignited after a week of climate action promises from world leaders at the United Nations General Assembly in New York. The annual gathering of world leaders took place before the COP26 UN climate change conference in Glasgow, UK.

"We must get serious and we must act fast...COVID-19 and the climate crisis have exposed profound fragilities as societies and as a planet. Yet, instead of humility in the face of these epic challenges, we see hubris. Instead of the path of solidarity, we are on a dead-end to destruction," said United Nations Secretary-General Antonio Guterres on Tuesday.