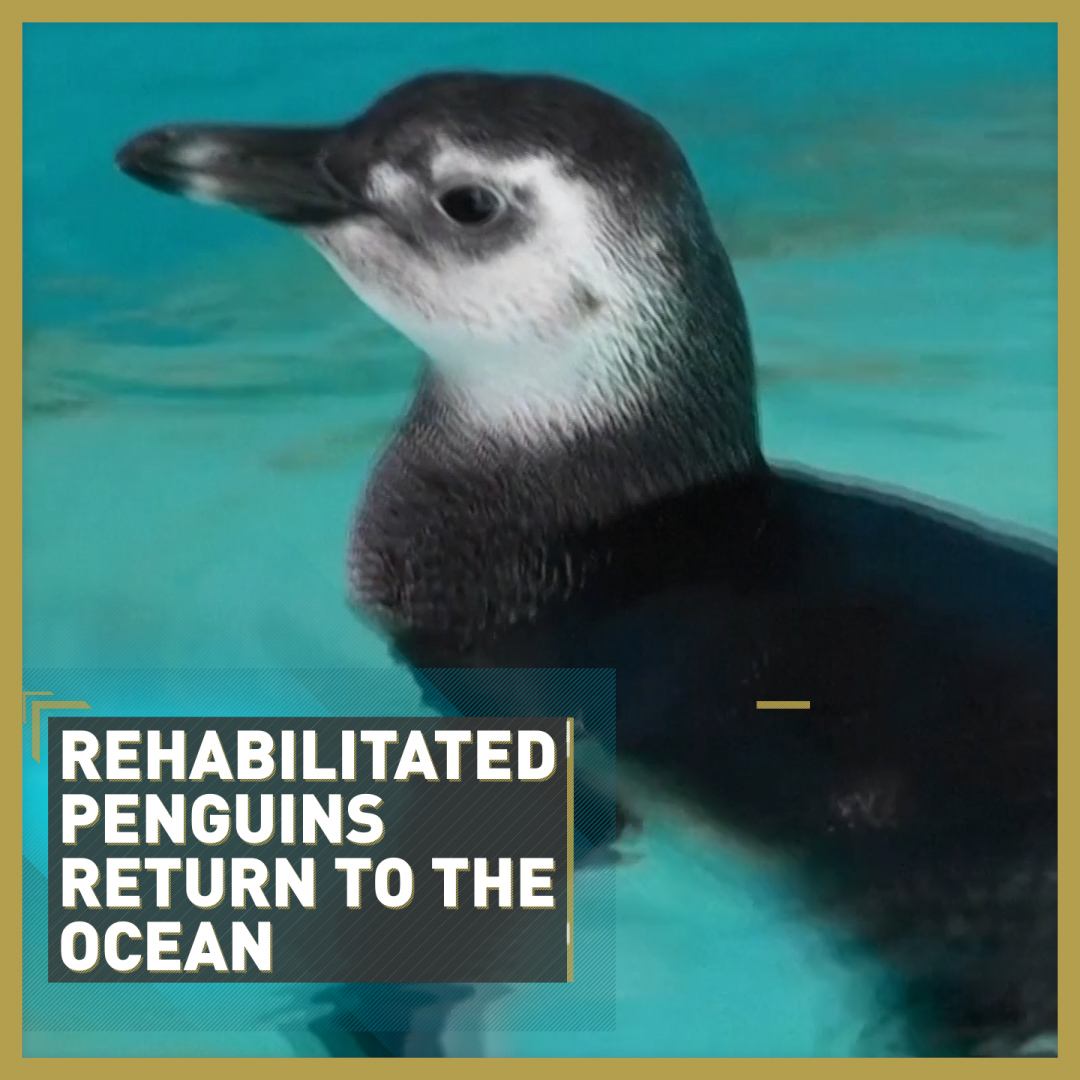 It's time to go home to the chilly seas of the Atlantic coast for 14 Magellanic penguins after a period of rehabilitation recovering from malnutrition, hypothermia and dehydration at the Mundo Marino Foundation rescue center in San Clemente del Tuyu, Argentina.

The penguins waddled down a windswept sandy beach to their freedom after being released by conservationists.

"We found these animals in a state of malnutrition and dehydration," biologist Sergio Rodriguez from the foundation told Reuters.

"In some cases they had issues molting, that is the natural replacement of their feathers that had been interrupted for various reasons including lack of nutrients, which means they lacked the feathers to withstand the cold sea waters."

This lack of plumage meant the penguins had to retreat to the beach because they could not maintain their temperature in the sea.

"They needed to be treated with an adequate balanced diet provided by nutritionists and with a veterinary medical team," explained Rodriguez.

There are between 2.2 million and 3.2 million adult Magellanic penguins, mostly found around Argentina and Chile, according to the International Union for Conservation and Natural Resources.

The Magellanic penguin was named after Portuguese explorer Ferdinand Magellan. The species is currently listed as being of "least concern" by the International Union for Conservation of Nature (IUCN), which means they are not seen as in need of focused conservation.