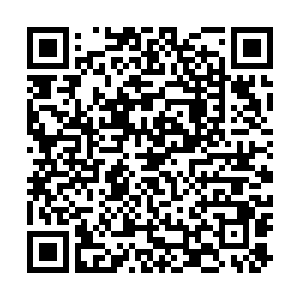 It has been an almost impossible task for the emergency services as they attempt to deal with the impact of the first volcanic eruption on the island of La Palma for half a century.

Now in its third day and with temperatures reaching up to 1,000 degrees Celsius, the lava flow has engulfed everything in its path.

It has destroyed around 120 houses and forced around 6,000 people to evacuate.

Spain's Prime Minister Pedro Sanchez flew in from Madrid to assess the situation and meet with the emergency services for a briefing.

His government has drafted in the army and military emergency specialists to provide essential ground support in the effort to reduce the impact of the eruption. He also sought to reassure the local community.

"I would like to convey our total commitment, our unequivocal support that this eruption will not leave anyone worse off. We will ensure that no one will be affected from an economic point of view. Regardless of the fact that there has been irreparable damage to belongings that we will not be able to replace, such as the loss of homes," he said. 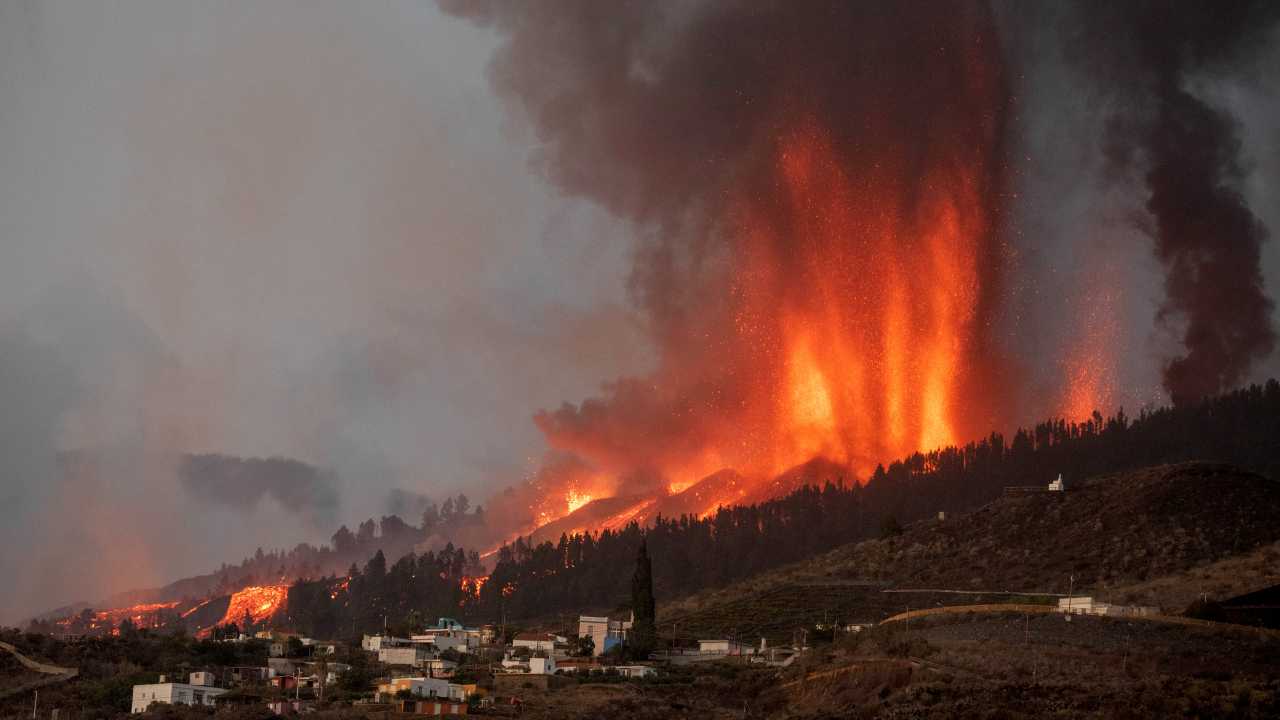 The eruption began on Sunday. /AFP

The eruption began on Sunday. /AFP 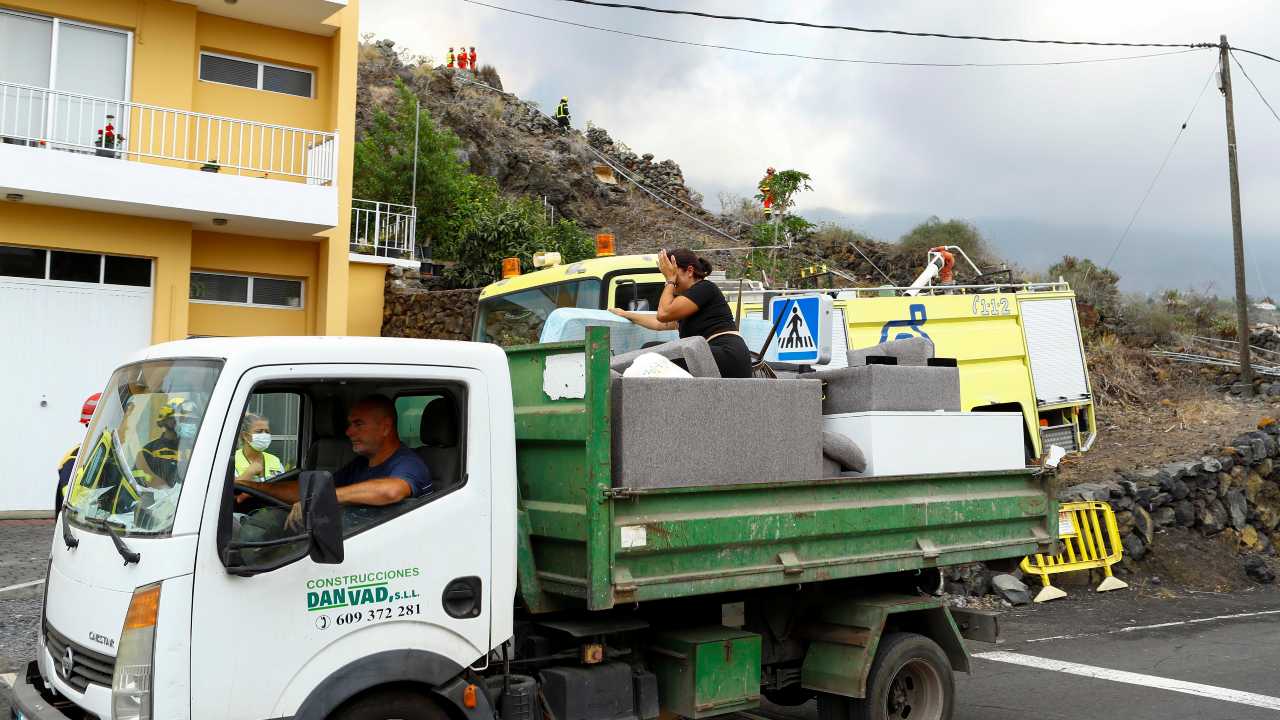 Thousands of people have had to pack up and leave their homes as the lava flows. /Reuters

Thousands of people have had to pack up and leave their homes as the lava flows. /Reuters

Currently, travel and communication between the mainland and the island remain unaffected. However, there are reports of another eruption zone that appeared on Monday evening. So, the situation remains under constant review.

One major concern for the emergency services is when the lava flow reaches the sea - the molten lava and cool saltwater, when mixed, can produce toxic gases that contain chlorine and can potentially cause explosions.

Exclusion zones have been set up along the coast to prevent anyone from getting close.

It has added extra concerns to what has been a traumatic experience for the islanders.

"The volcano decides to come out and your whole life is practically over," said one man.

Another man added: "We know when it started, but we don't know how long it will take. And it's not so much when it will stop, but when it will cool down."

Scientists believe the lava flow is slowing and earthquake activity has decreased, but they have also warned that new fissures could still open.

Thankfully no lives have been lost but mother nature has certainly left her mark.