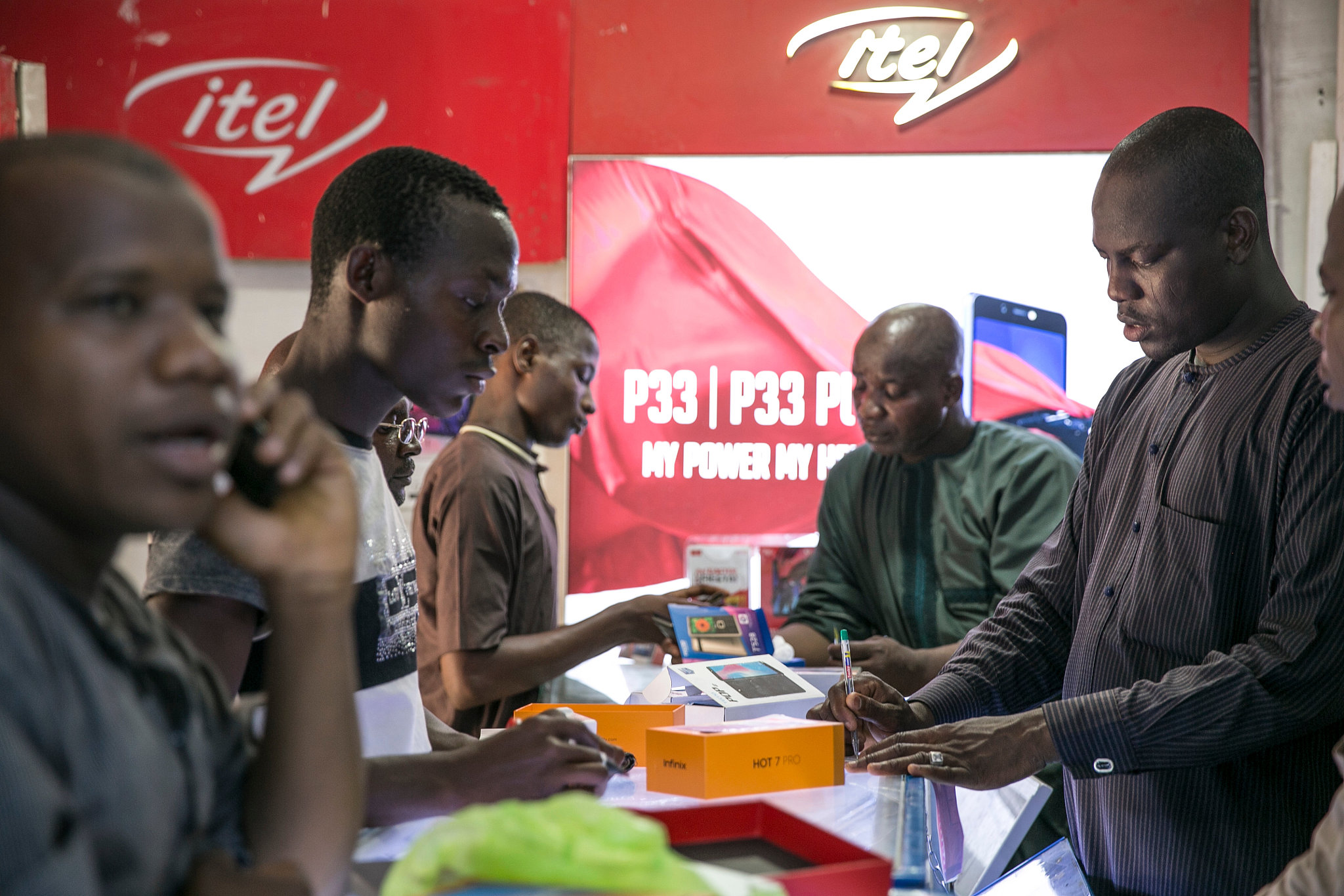 A worker assists customers as they inspect smartphone handsets at a telecoms store in Maiduguri, Nigeria. /Jean Chung/Getty Images

A worker assists customers as they inspect smartphone handsets at a telecoms store in Maiduguri, Nigeria. /Jean Chung/Getty Images

No country has eradicated poverty; all countries still have work to do. The UN goal to eradicate extreme poverty is vital, while each country's domestic policies to tackle extreme poverty are important for stability – but what of those living in moderate poverty? What makes these people worthy of our interest?

Firstly, their sheer number – while 10 percent of the world's population live in extreme poverty, 85 percent live in moderate poverty. And that scale can be hard to comprehend.

The chart below – a recreation of a data visualization by Max Roser, founder of Our World in Data – might help. It shows the average income in countries around the world. Each bar is a country; its height represents the average daily income there, its width represents the country's population size. 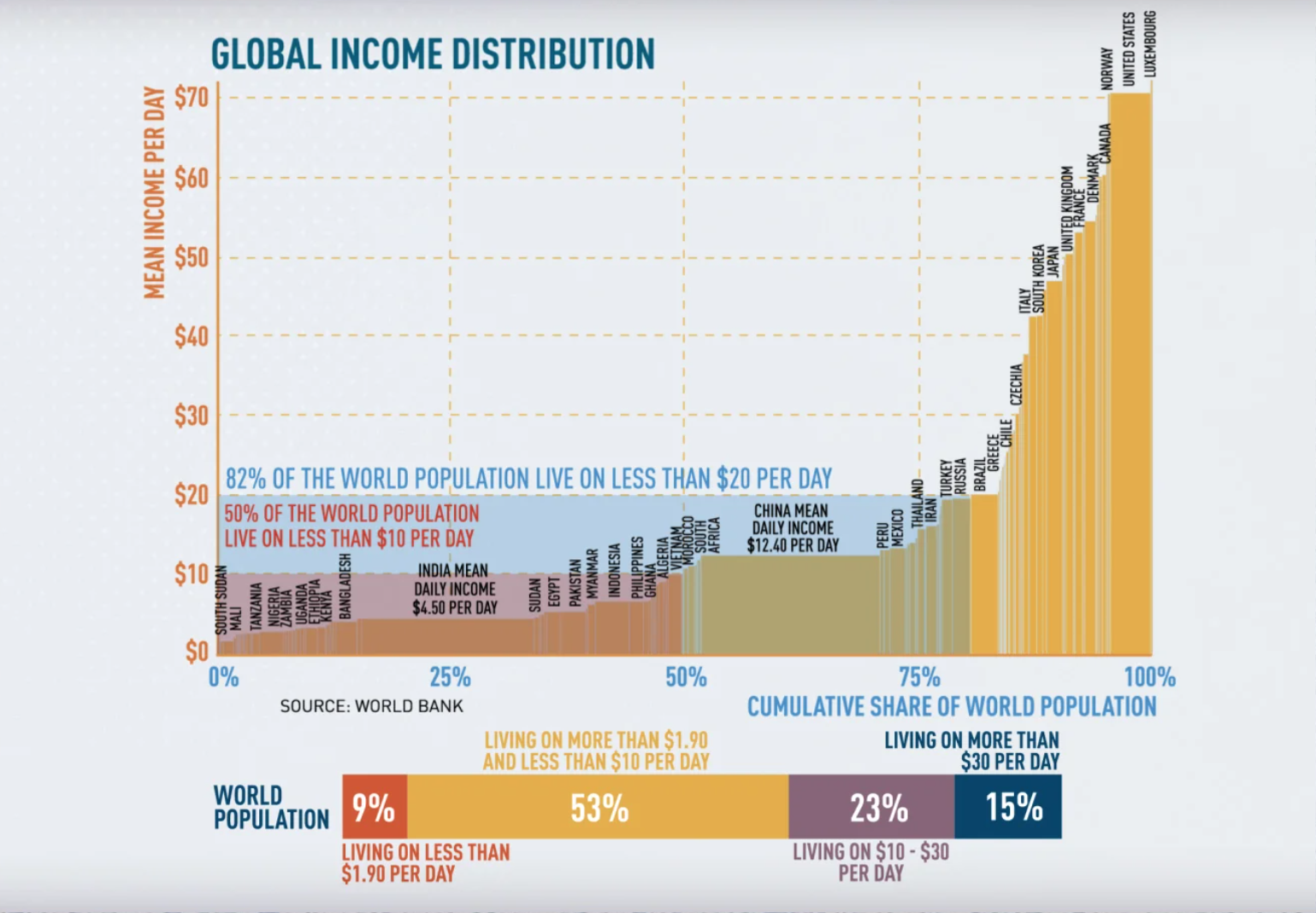 Firstly, this is a stark display of how low many people's incomes are, with 50 percent of the planet are still living on less than $10 a day. Most people still live on less per day than the poverty threshold of rich nations (around $25-$35). Low incomes usually translate to low standards of living, higher mortality rates – and a thirst for rapid economic growth.

This puts economic growth and the increase in average income at the forefront of many governments' minds – at a time when climate chaos is tolling the bell for classic economic theory.

Around the world, drought, fires, floods, rising sea levels and hurricanes are not just costing billions of dollars in damages but forcing everyone to think differently about how economies work. 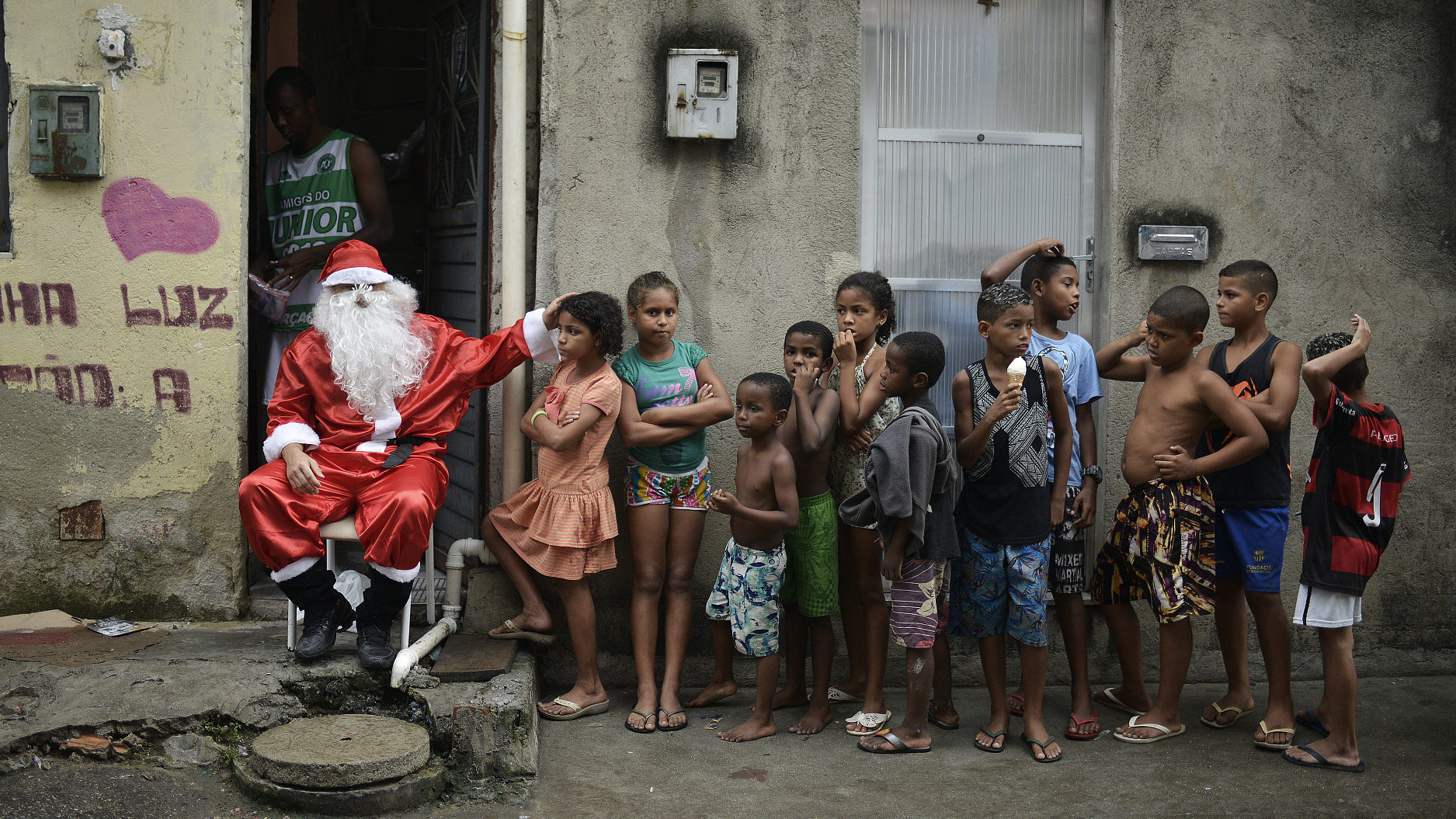 It's a looming problem well known to Achim Steiner, administrator of the United Nations Development Program.

"We have an extractive economic paradigm that looks at nature as something that you basically draw down in order to build up an industrialized economy," Steiner tells CGTN Europe. "Now, in our age, that equation doesn't work, and that is why the world is bound together in responding to these multiple challenges."

Steiner accepts the way that we structure our economies must change if we are to tackle climate change. Africa is looking at contributing between one and two billion eager consumers by 2050.

"Imagine adding another billion people to the current grid as electricity consumers using fossil fuels," he says. "There is no way that we would succeed in achieving the kinds of targets that the Paris agreement set out."

So what does this mean for 50 percent of the world's population, most of whom have just escaped extreme poverty and are looking forward to the promises of an OECD nation lifestyle? The result could spell disaster for the planet. What can be done to convince these crucial people to change their behavior and alter their ideas of prosperity and progress? Will they listen when richer nations are doing so little to address carbon emissions themselves? 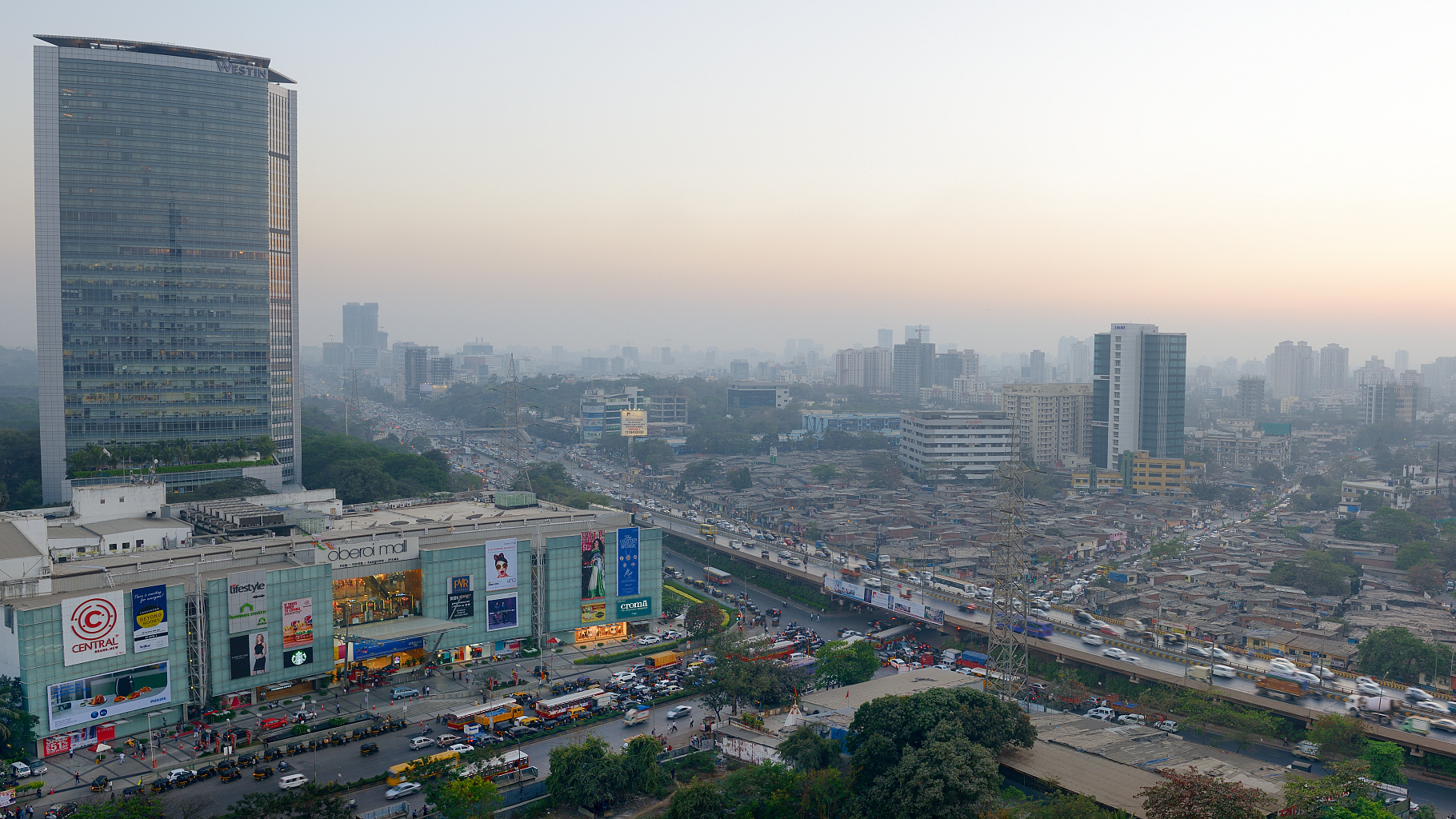 Mumbai is said by some to be the world's slum capital. /Soltan Frédéric/VCG

Mumbai is said by some to be the world's slum capital. /Soltan Frédéric/VCG

Steiner believes that these consumers can be persuaded to put tackling climate change first and continue to prosper without sacrificing their dreams – but they cannot do it alone.

"We need a view of acting together beyond just the appeal of a common shared problem," he says. "We need to invest in one another."

Steiner suggests the world is being offered an opportunity to change the way economies are structured, but it can only work if these consumers are offered affordable alternatives to fossil fuels.

"If we can make the green recovery a driver for also providing renewable energy, off-grid energy sources, in many of those countries that still have more than half of their population without access to electricity, we could come out of this crisis with a cleaner energy matrix."

Steiner also believes that richer nations can benefit by leveling the playing field.

"The wealthy world not only has a vested interest in how the poorer world accelerates its own development, it's actually an investment opportunity and renewable energy infrastructure."

This story is part of the CGTN Europe digital special Innovation, Action, Change looking at the causes of poverty, the people unlocking human potential and the solutions that promise to end poverty for good.