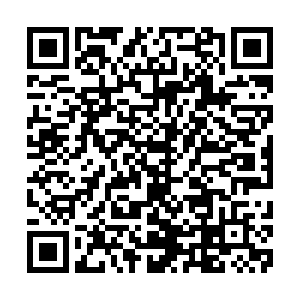 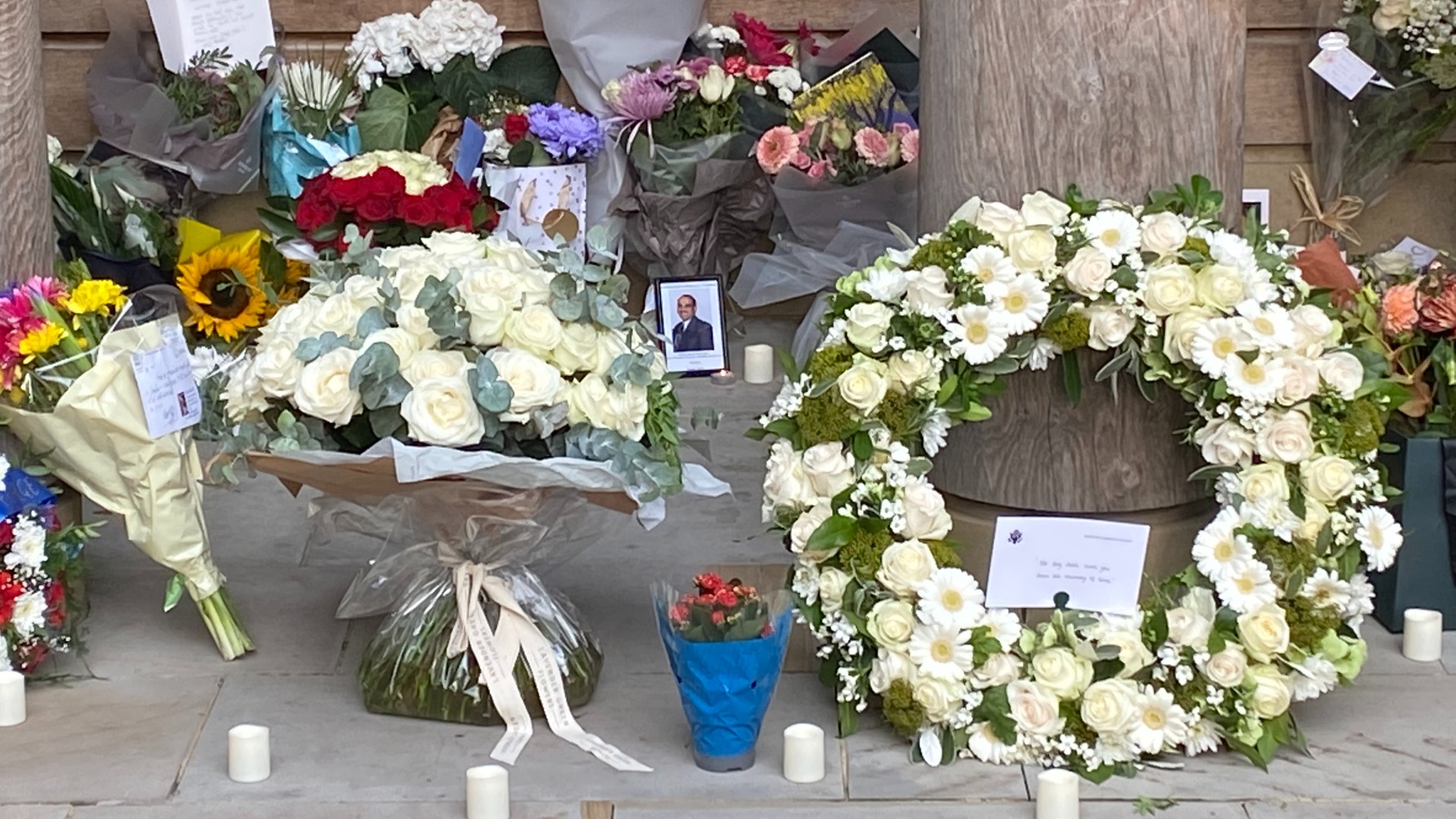 There was an open-air service for relatives and family members in the park of Grosvenor Square, an affluent area of west London which for decades housed the U.S. Embassy. A statue of former President Roosevelt still stands in the park.

Around 150 people attended the memorial service, with police closing nearby streets and ensuring that the park was off-limits to all apart from those attending the September 11 UK Families Support Group event.

Other commemorative events were held at a 9/11 memorial in the Queen Elizabeth Olympic Park in the east end of London. There, installed in 2015, is an 'After 9/11' sculpture created by Miya Ando, using fragments of the World Trade Center and given to the UK by the Port Authority of New York and New Jersey in 2010. Steel girders have been erected vertically to honour all 9/11 victims, including the 67 from the UK. 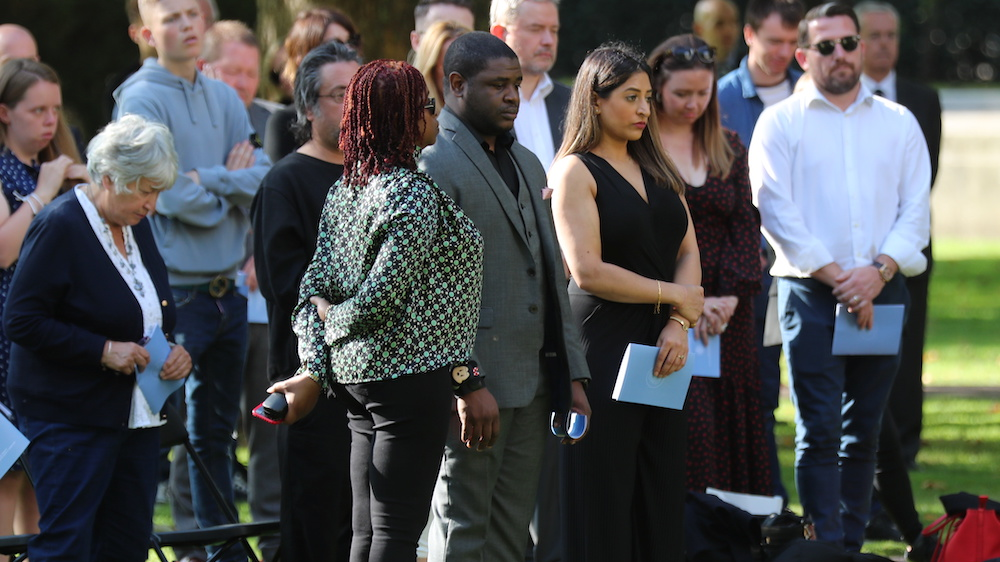 The memorial in London was attended by families and friends of those killed. /Reuters

The memorial in London was attended by families and friends of those killed. /Reuters

Queen Elizabeth sent a message to U.S. President Joe Biden, saying that her prayers remained with victims and survivors of the attacks, and paying tribute to the communities that joined together to rebuild after the devastation.

"My thoughts and prayers — and those of my family and the entire nation — remain with the victims, survivors and families affected, as well as the first responders and rescue workers called to duty," she said. 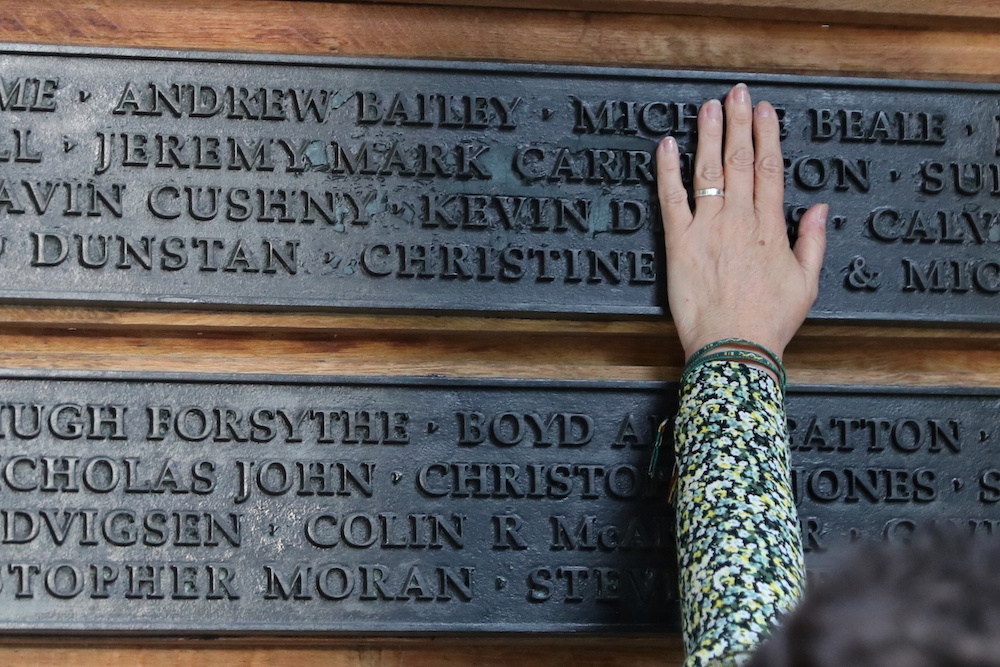 The names of the 67 are part of the memorial. /Reuters

The names of the 67 are part of the memorial. /Reuters

In many ways this anniversary was probably overshadowed by the fall of Afghanistan to the Taliban – 20 years almost to the day after the 9/11 attacks that led to the Afghan war and ousting the Taliban movement that had controlled the country between 1996 and 2001.

Hundreds of UK servicemen and women have died in wars in Afghanistan and Iraq. Successive UK prime ministers have followed former PM Tony Blair in remaining loyal to U.S. policies of trying to change regimes, control and then rebuild countries that had been shattered in long and expensive wars.

Almost 3,000 may have died in the biggest terrorist attack on U.S. soil, but hundreds of thousands of innocent civilians have been killed in the past two decades in Afghanistan and Iraq especially.

Just as in the U.S. a raft of new laws were introduced to fight foreign and home-grown terrorists attacking the UK – London has seen the most attacks – by Al Qaeda supporters, and later ISIS. There have been several individual attacks as well as the bigger and carefully orchestrated 7/7 bombings in London in 2005.

Such attacks have failed to divide those who believe in freedom and democracy, British PM Boris Johnson said in a recorded video message marking the 20th anniversary of 9/11.

"While the terrorists imposed their burden of grief and suffering, and while the threat persists today, we can now say with the perspective of 20 years that they failed to shake our belief in freedom and democracy," Johnson said.

"They failed to drive our nations apart, or cause us to abandon our values, or to live in permanent fear." 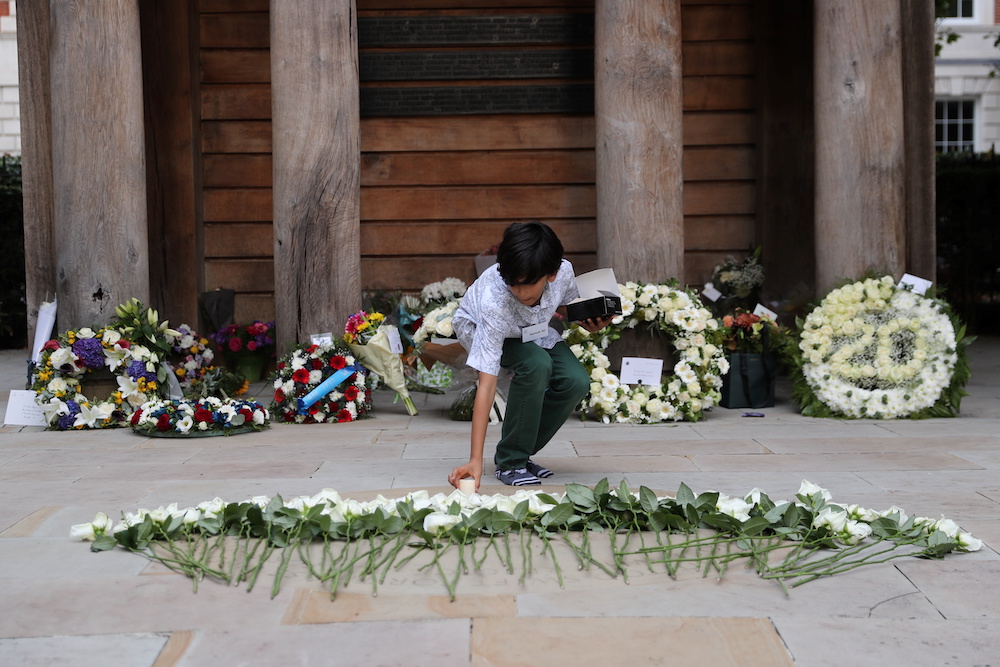 Flowers were laid in a private ceremony. /Reuters

Flowers were laid in a private ceremony. /Reuters

Since the Terrorism Act of 2000, the UK has introduced many other pieces of legislations to try and stop further attacks, and to improve security as well as prosecute terrorists who are caught.