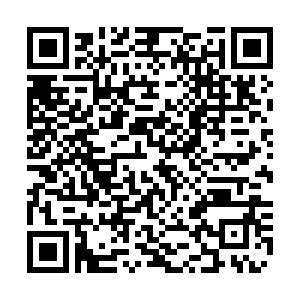 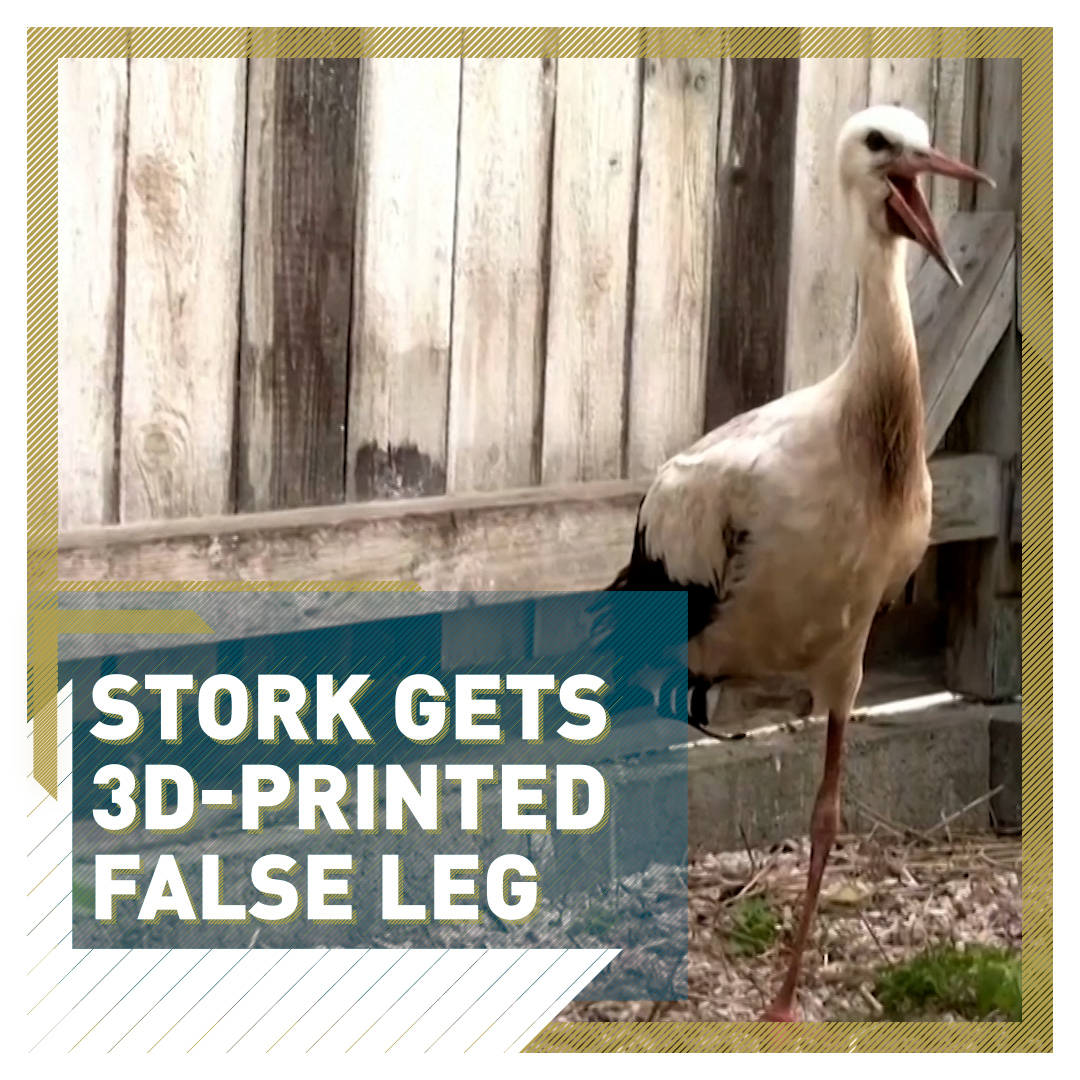 A one-legged stork was given a second chance to live "a full life" when veterinarians and workers at the SOOS animal shelter in Czechia decided to give him a 3D-printed prosthetic leg.

The prosthesis was designed by high school student Matyas Michl.

"The prosthesis was printed on a 3D printer," he explained to Reuters reporters. "Then I had to fill it with foam because the plastic isn't very comfortable for walking." 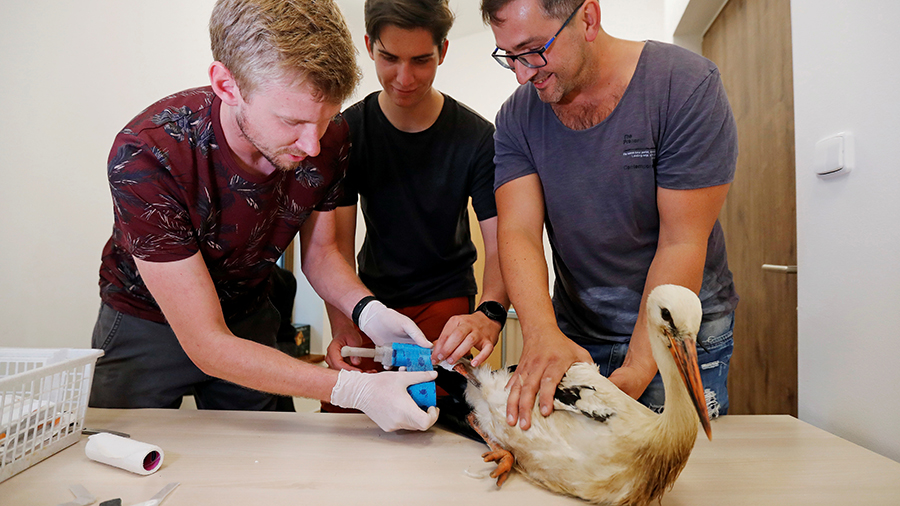 The young stork got injured after falling off a chimney after his first attempt at flying from its nest. It will take him some time now to get used to his new plastic leg.

"At the moment, the prosthesis is unfortunately rotating so we're trying to stabilize it with a joint," explained Michl.

"At the same time, I'm also working on a silicon sock, which would mean that the joint wouldn't have to be on the leg and the prosthesis would hold much better."

Veterinarians are hoping the prosthesis will give the stork a chance "to fly, hunt and live a full life."