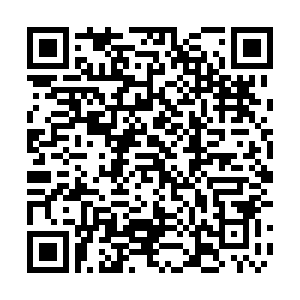 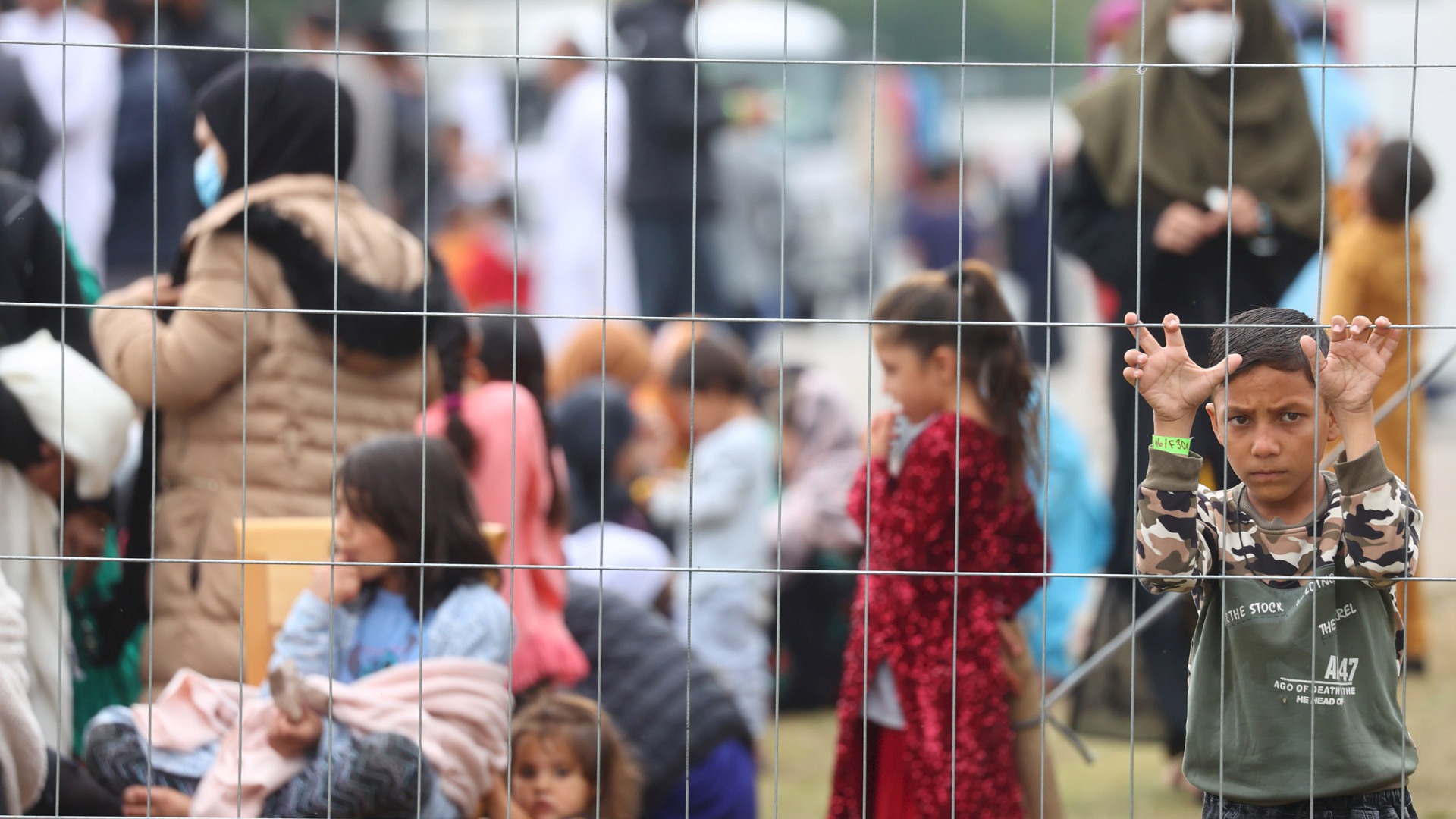 The European Union's message to Afghan refugees? 'Don't come to us, we'll come to you.’

At an emergency meeting on Tuesday, the bloc's interior ministers pledged to provide humanitarian and financial aid to people on the ground and to neighboring countries, but would not commit to opening their own borders.

"The best way to avoid a migration crisis is to avoid a humanitarian crisis," said Ylva Johansson, the European Commissioner for Home Affairs. "That is why we need to support Afghans in Afghanistan."

Europe is desperate to avoid a repeat of the 2015 refugee crisis when more than a million migrants fled war-torn Syria and crossed into Europe. The mass influx overwhelmed the bloc's asylum system and triggered deep societal and political divides that Europe is still struggling to overcome.

The strategy now is to outsource the problem. Europe is funneling hundreds of millions of dollars in aid to Afghanistan's neighbors, like Pakistan, to keep refugees there and prevent them from fleeing to Europe.  To catch those trying to illegally enter the bloc, the EU's border control agency Frontex will be deployed.

"The most important thing now is to send the right message into the region: stay there and we will support the region to help the people there," said Austrian Interior Minister Karl Nehammer.

Despite the messaging, officials insisted that Europe's borders remain open to Afghans who are seeking to enter the bloc legally.

"No one has rejected this right or said that the procedures to ask for asylum are no longer relevant," said Slovenian Interior Minister Ales Hojs, adding that those wanting asylum must ask for it in the first safe country they reach.

"There is no need to deal with the question of how to prevent Afghans from coming to the external borders of the EU, because we have many safe countries in the vicinity of Afghanistan," he said.

Afghan resettlement to be 'voluntary' in Europe

On the thorny issue of resettlement, interior ministers left the decision up to individual member states, saying it should be done on "a voluntary basis, prioritizing vulnerable persons, such as women and children."

Austria already opted out, saying it will not accept any Afghan evacuees but would provide humanitarian assistance.

"We have contributed a lot of humanitarian efforts in Afghanistan and the region, more than we have ever contributed," Austrian Chancellor Sebastian Kurz said during a press conference on Tuesday. "In regards to taking in refugees, my position is known and nothing has changed." 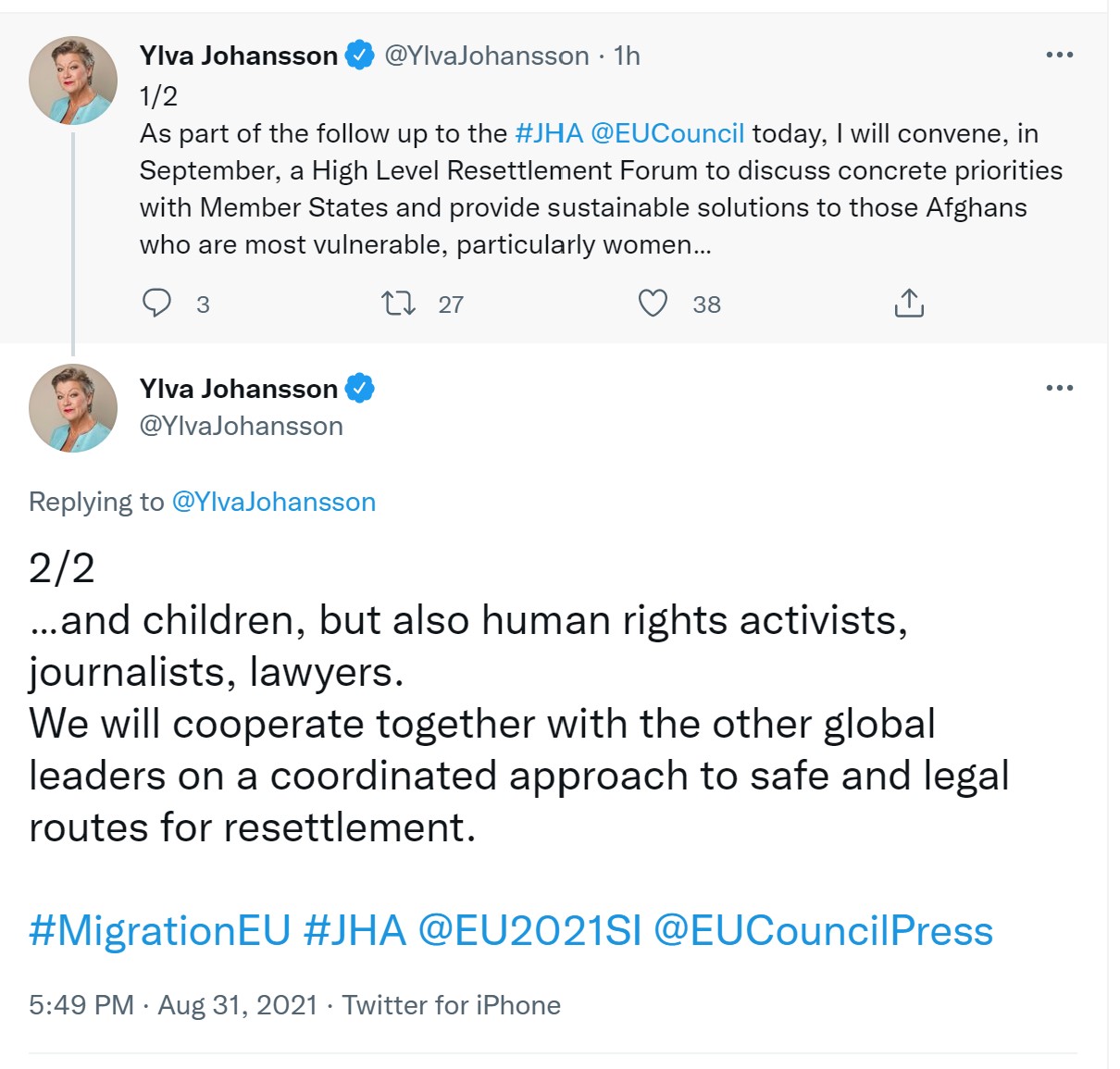 Commissioner Johansson said Brussels would convene a "High-Level Resettlement Forum" in September to "discuss concrete priorities" with member states and provide "sustainable solutions" to the most vulnerable Afghans, including women and children.

"We will cooperate together with the other global leaders on a coordinated approach to safe and legal routes for resettlement," she said in a tweet.