Download
Are booster jabs a 'shame on all humanity' or necessary tools to fight new variants?
Giulia Carbonaro 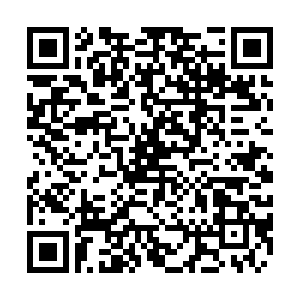 Will you accept a booster jab if offered one?

The U.S. is on track to offer a third dose of a COVID-19 vaccine to all fully vaccinated people in the country starting from September 20, after having already administered booster jabs to the most vulnerable.

All Israelis aged as young as 12 are able to receive a third vaccine dose, and 2 million people out of a population of 9.3 million have already decided to do so. In Europe, Hungary and Slovenia have started offering booster jabs. 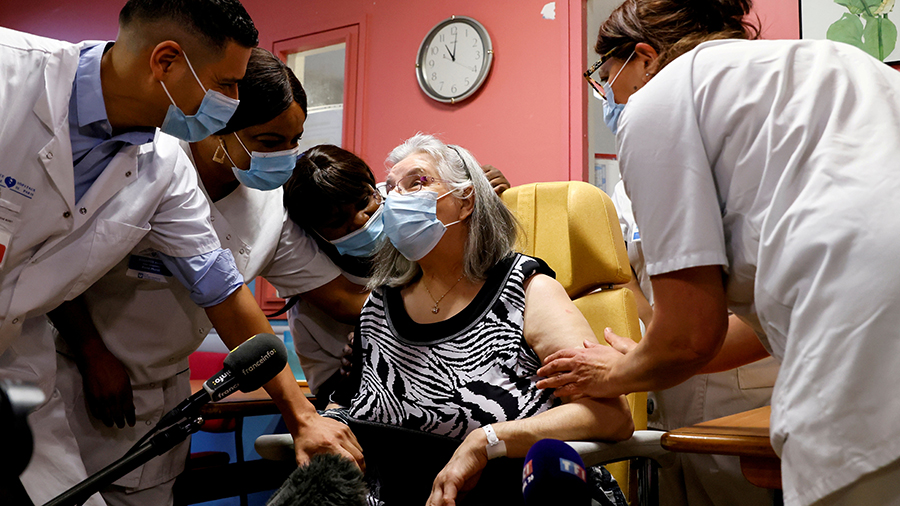 Health workers speak with Mauricette, a 78-year-old French woman, after she received the first dose of the Pfizer-BioNTech vaccine administered in France on December 27, 2020. /Thomas Samson/Pool via Reuters/File Photo

Health workers speak with Mauricette, a 78-year-old French woman, after she received the first dose of the Pfizer-BioNTech vaccine administered in France on December 27, 2020. /Thomas Samson/Pool via Reuters/File Photo

And France, the UK, Germany, Austria, Belgium, Ireland, Luxembourg, Lithuania and Malta have announced plans to offer booster jabs to vulnerable people in the fall.

Brazil announced last week that it will offer third doses to those with compromised immune systems and those over the age of 70 beginning in mid-September, while on Monday Czechia said it will offer booster shots to anyone vaccinated at least eight months earlier.

But taking a third shot of a COVID-19 vaccine while millions in poorer countries have yet to receive a first dose is posing an ethical dilemma that hasn't been quite resolved yet.

"The ethical issues are complex," says Jonathan Ives, Professor of Empirical Bioethics at the Centre for Ethics in Medicine of the University of Bristol in the UK.

"One is around global resource allocation. If we are boosting people who've already been vaccinated, when there are people in the world who have had no vaccine at all, we are using vaccine resources to improves our already good vaccination status further whilst other people have nothing."

WHO officials have lashed out at Western governments planning to offer booster jabs to fully vaccinated people, describing the move as "immoral" when only about 1.7 percent of people in low- and middle-income countries have not yet received even the first dose of a COVID-19 vaccine.

"We're planning to hand out extra life jackets to people who already have life jackets, while we're leaving other people to drown without a single life jacket," said WHO's health emergency program director Mike Ryan.

"The fundamental, ethical reality is we're handing out second life jackets while leaving millions and millions of people without anything to protect them."

In mid-August, WHO chief Tedros Adhanom Ghebreyesus called for wealthy nations to suspend plans for a booster shot until the inequity in the availability of vaccines between rich and poor nations was addressed.

"What is clear is that it's critical to get first shots into arms and protect the most vulnerable before boosters are rolled out," he said.

"The divide between the haves and have-nots will only grow larger if manufacturers and leaders prioritize booster shots over supply to low- and middle-income countries."

WHO officials also pointed out that there was no evidence of the necessity of booster shots, as vaccines remain "remarkably effective" in preventing the risk of severe COVID-19, hospitalization and death. 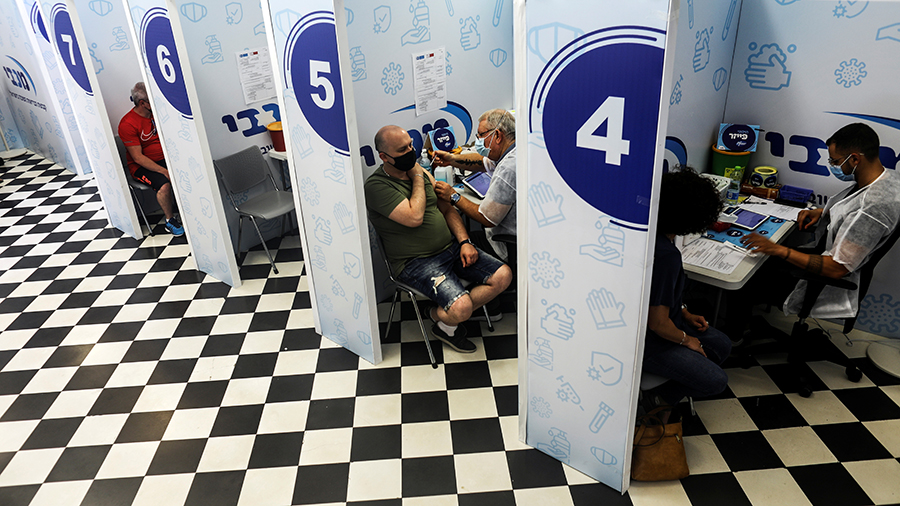 Israelis receive their third shot of a COVID-19 vaccine as country launched booster shots for over 30-year-olds in late August. /Reuters/Nir Elias

Israelis receive their third shot of a COVID-19 vaccine as country launched booster shots for over 30-year-olds in late August. /Reuters/Nir Elias

Are booster jabs even necessary?

We know from preliminary studies that the effectiveness of COVID-19 vaccines decreases over time - at least in terms of whether someone tests positive for COVID-19 - as antibody levels are shown to drop in the weeks and months following the jabs, but we don't yet know just how much this drop affects immunity. And so far it seems that vaccines are continuing to provide high levels of protection against becoming seriously ill, or death.

According to a study by ZOE Ltd in the UK, the protection against becoming infected with COVID-19 offered by two doses of the Pfizer/BioNTech vaccine falls from 88 percent to 74 percent after five to six months and from 77 percent to 67 percent after four to five months for the Oxford/AstraZeneca vaccine.

In Israel, where booster jabs have been administered to the over-60s already since July, Sharon Alroy-Preis, head of public health at the country's Health Ministry, said that there is evidence that "people are 10 times more protected after the third vaccine dose."

Drug makers Pfizer and BioNTech said a third dose of their vaccine spurred more than three times as many antibodies against COVID-19 as the second shot.

These and similar data has led many experts to suggest that booster jabs could be a necessary tool to protect the most vulnerable to the virus, an issue that complicates the ethical dilemma of third vaccine doses.

"If there are people in the UK who require a booster because their immunity has waned to the point that they are no longer protected, there seems to be a good argument for booster jabs, because they're in essentially in the same position as people in other parts of the world who are unvaccinated," says Ives.

"The risk would be the same, if not greater for those who are particularly vulnerable.”

Vaccine injustice is a shame on all humanity and if we don't tackle it together, we will prolong the acute stage of this pandemic for years when it could be over in a matter of months.
-  Tedros Adhanom Ghebreyesus, WHO director general

Many countries are choosing an approach that prioritizes booster jabs for the vulnerable.

In France, the head of the country's Vaccine Council Alain Fischer specified that in the fall the booster jab will be offered to the oldest and most "fragile," though President Emmanuel Macron has yet to clarify if a third vaccine dose will be made available to the entire population after that.

In the UK, health secretary Sajid Javid said the over-50s will likely be offered a third dose at the same time as the flu vaccine, but the details are not yet final.

Despite the WHO's earlier condemnation of booster jabs on global vaccine equity terms, WHO Europe head Hans Kluge came forward on Monday as an unlikely supporter of third vaccine doses - at least when it comes to vulnerable people.

"A third dose of vaccine is not a luxury booster (that is) taken away from someone who is still waiting for a first jab. It's basically a way to keep the most vulnerable safe," he said during a press conference.

On the concerns about declining efficacy, Kluge says that more evidence is needed for a conclusive answer, but third doses are proving to protect the most vulnerable.

The conflicting positions even within the WHO, reflects the extent to which this issue seems to divide opinion.

But from a medical ethics perspective, Ives believes we also need to consider what is the best and safest strategy concerning the global vaccination efforts.

And he thinks that, even if we do not go so far as condemning the hoarding of vaccine doses by wealthy countries as immoral, we can still consider it inefficient at achieving the goal of ending the pandemic - and therefore ethically problematic.

"I'm not an epidemiologist, I'm not a virologist. But from my understanding of the science, the longer we leave the virus to run rampant in unvaccinated populations, the greater the chance that there will be new mutations coming out that could render our own vaccination programs less effective," Ives says.