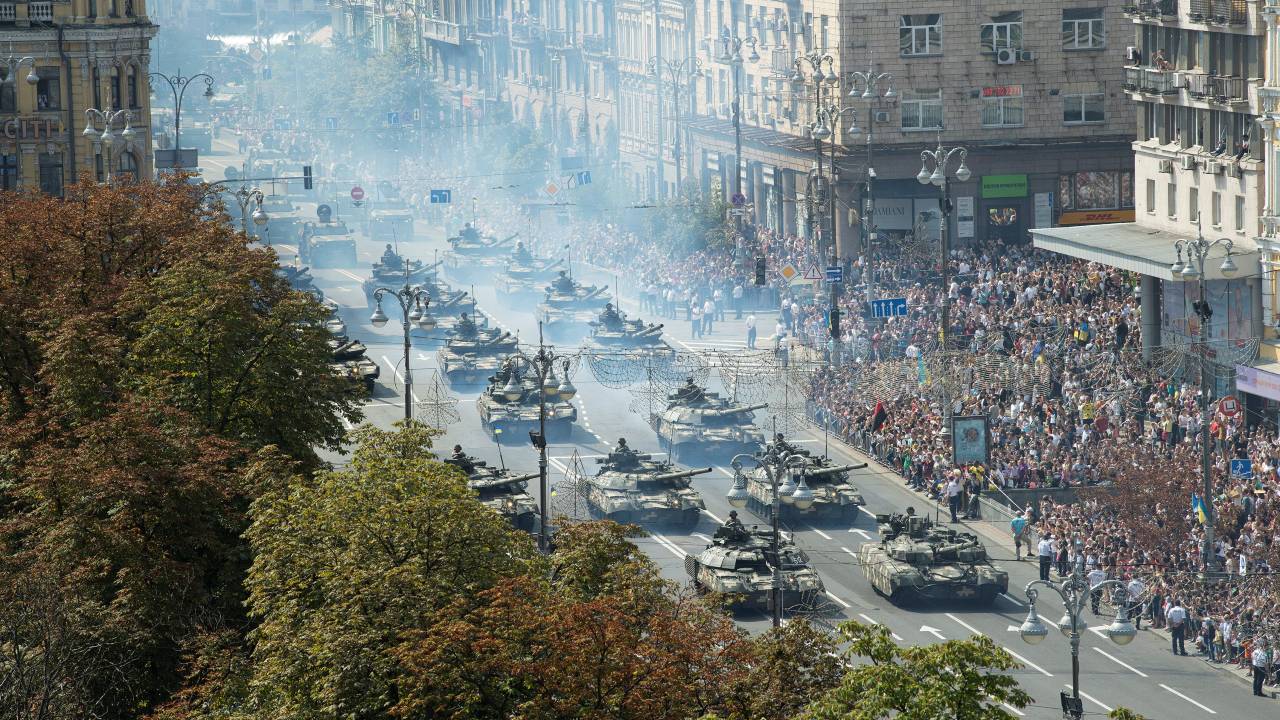 Ukraine has celebrated the 30th anniversary of its independence, marking the date with its first military parade in years and by pledging to reclaim the Crimean Peninsula and the Donbass from what it sees as Russian occupation.

Units of the Ukrainian army, alongside tanks, armored personnel carriers, missiles and air defense systems moved through Kyiv on Monday, while a parade of Ukrainian navy units took place in the Black Sea port of Odessa.

"We are fighting for our people, because it is possible to temporarily occupy territories, but it is impossible to occupy people's love for Ukraine," President Volodymyr Zelenskiy said at a ceremony ahead of the parade.

"People in Donbass and Crimea will return to us, because we are a family," he added.

Russia took over the Crimean Peninsula in 2014, with relations between Kyiv and Moscow breaking down further as fighting erupted between Ukrainian troops and Russia-backed forces in Donetsk and Luhansk in the country's east. The death toll of the seven-year conflict stands at 14,000, according to the Ukrainian government.

On Monday, more than 40 countries took part in the Crimea platform, a summit in Kyiv designed to keep international attention focused on the return of Crimea. 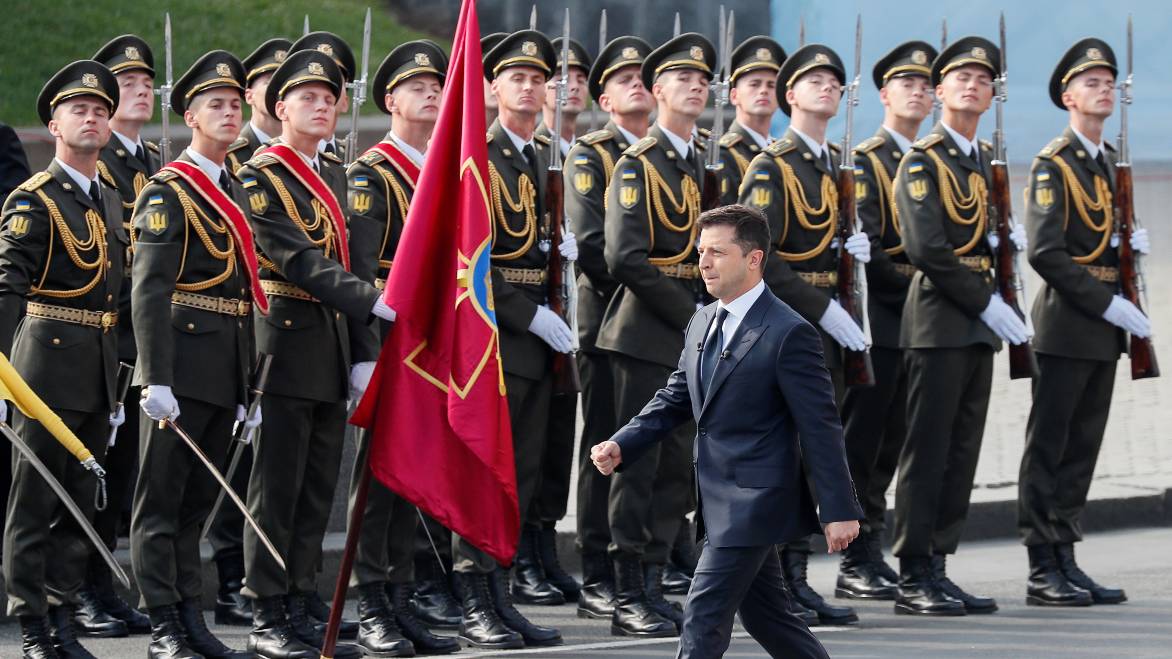 Zelenskiy vowed ahead of the meeting to do "everything possible to return Crimea, so that it becomes part of Europe together with Ukraine."

Addressing the summit, Germany's Energy Minister Peter Altmaier accused Russia of repression in Crimea. "We will not allow Crimea to become a blind spot," he said.

The Russian government insists Crimea is part of Russia.

Foreign ministry spokeswoman Maria Zakharova recently told reporters: "Crimea and the city of Sevastopol are legal entities of the Russian Federation. This matter was resolved for good in 2014 by the residents of Crimea at the referendum, in keeping with the right of the nations to self-determination, which is set forth in relevant UN and OSCE documents, as well as in Ukrainian law."

However, Kyiv was still looking for guarantees about its future from Western allies amid the construction of Russia's Nord Stream 2 gas pipeline, which will bring Russian gas to Germany under the Baltic Sea.

Energy ministers from Ukraine, the U.S. and Germany meeting on the sidelines of the conference discussed "a number of steps that can be taken together in terms of real guarantees for Ukraine regarding the preservation of transit," Ukraine's Energy Minister Herman Halushchenko said.

"We proceeded from the position that was declared and voiced by the president of Ukraine – that we cannot allow the Russian Federation to use gas as a weapon," he told reporters.

Ukraine is bitterly opposed to a deal between Washington and Berlin over Nord Stream 2, which will carry gas to Europe while bypassing Ukraine. U.S. President Joe Biden's administration has not tried to kill off the project with sanctions, as Ukraine lobbied for.

After meeting Germany's Chancellor Angela Merkel, Russia's President Vladimir Putin told reporters that Moscow was ready to extend the transit agreement beyond 2024 but that it needed more details.

In a bid to smooth things over, Merkel met President Zelenskiy in Kyiv over the weekend to offer reassurances Ukraine's interests would be protected. However, Zelenskiy called for greater clarity on what steps would be taken.