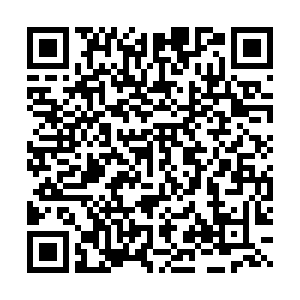 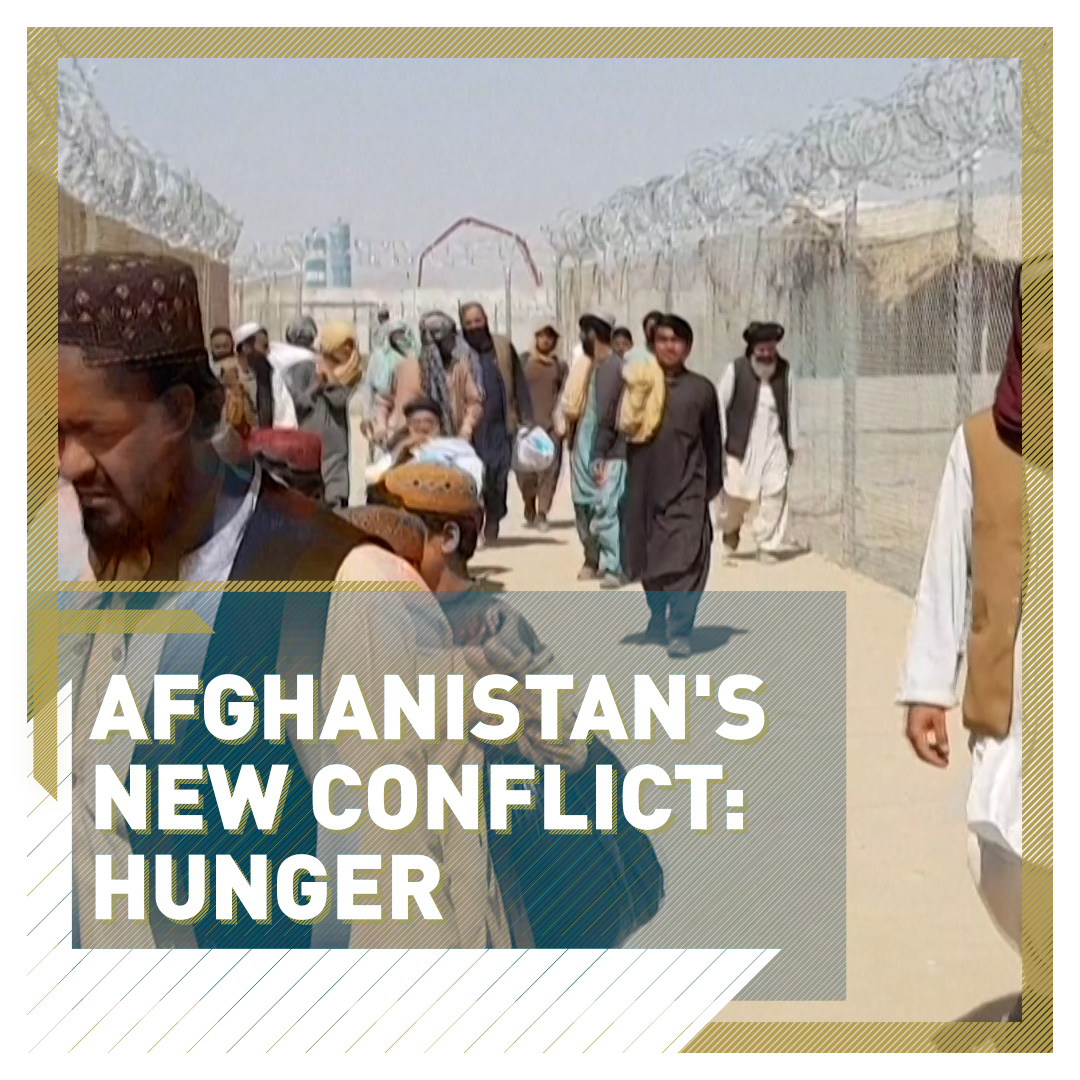 The Taliban's takeover of Afghanistan has accentuated an already existing food shortage crisis, putting more than a third of the country's population at risk of acute hunger, according to experts.

Now, the World Food Programme (WFP) is warning that the combined effects of war, drought and looming economic collapse are leading to a "humanitarian catastrophe" with 14 million people facing food shortages, many of them children.

In the short term, as financial aid is withdrawn, former UN envoy to Afghanistan Michael Semple says things are only getting steadily worse: "Within days, people are going to be feeling hungry and going to the Taliban and saying  'OK, you insisted on taking the country. How are you going to feed us?'" 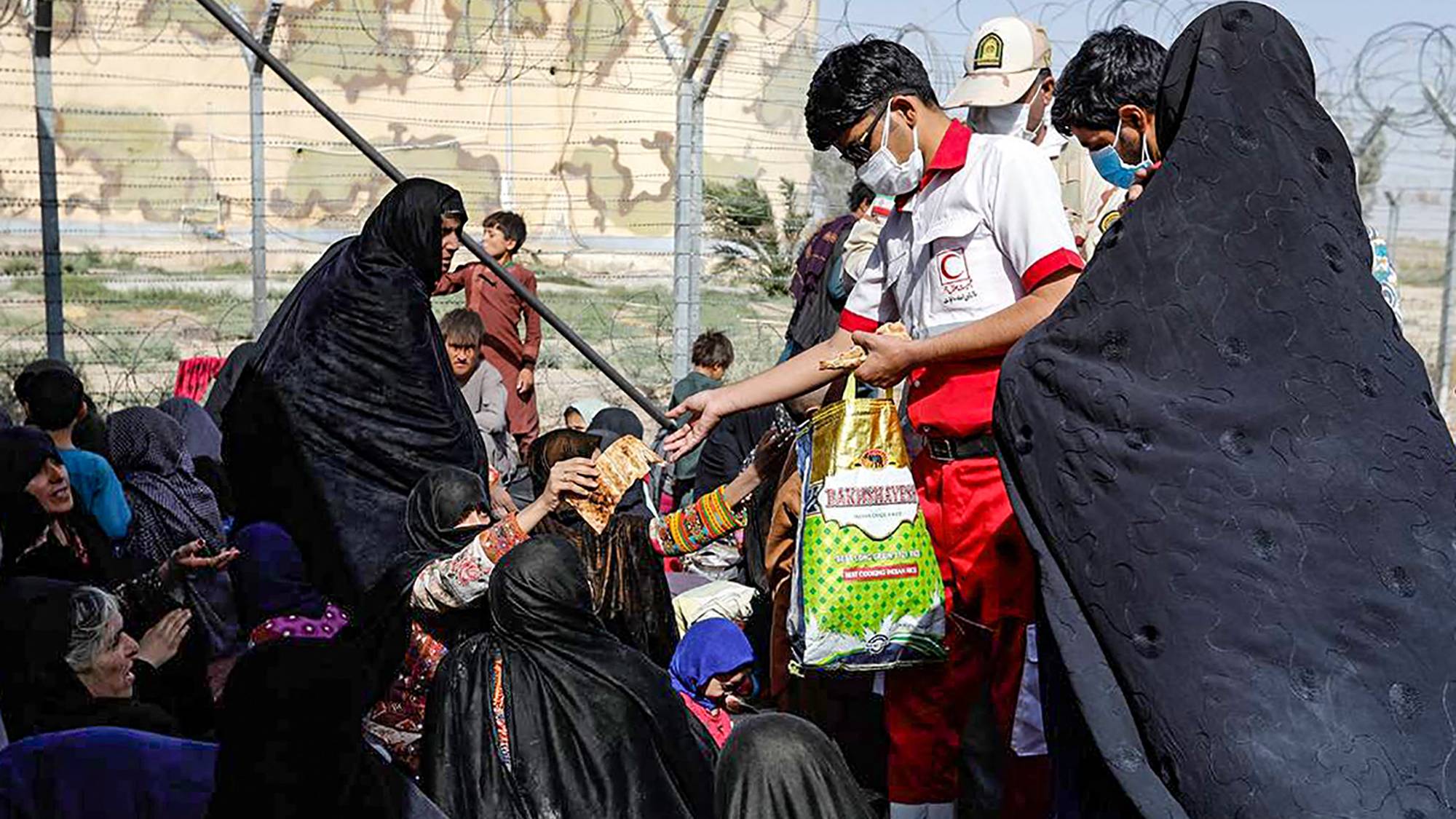 Afghanistan has long been battling a hunger crisis. Prior to the toppling of President Ashraf Ghani's Western-backed government, half of all Afghan children under five were already suffering from acute malnutrition. However, the situation has deteriorated rapidly in recent months after drought caused a 40 percent decrease in crops and devastated livestock.

Meanwhile, hundreds of thousands of people were displaced during the Taliban's advance, many of whom were left without livelihoods and easy access to food.

Semple tells CGTN Europe that while the Taliban may be focusing on gaining international recognition for its new government - key to accessing international funds - it faces another set of priorities it clearly hadn't factored in, "or else they wouldn't have pushed ahead with this military offensive."

"There is an economic crisis which is basically underreported," said Semple, who was also deputy to the EU's special representative for Afghanistan: "Prices in many places have doubled through the disruption associated with the military campaign. Money is drying up." 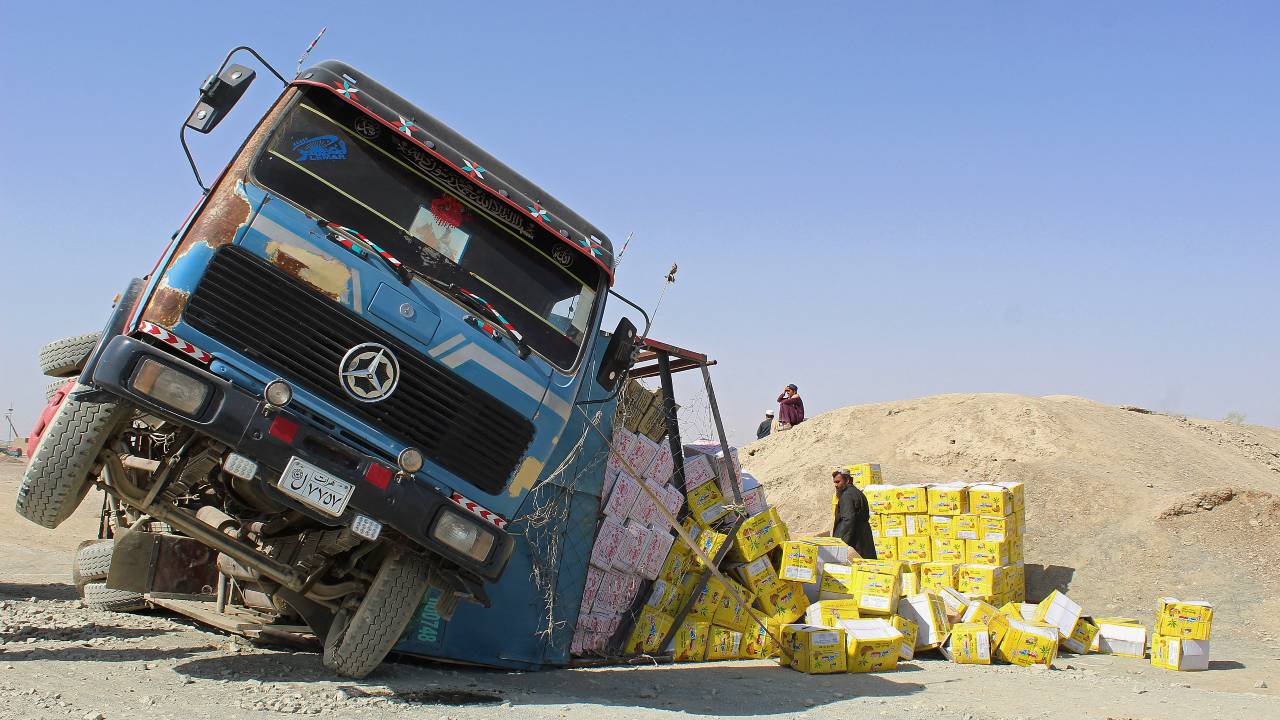 A trader packs dry dates imported from Afghanistan to sell at his shop in a wholesale market in Kolkata on August 21, 2021. DIBYANGSHU SARKAR / AFP

A trader packs dry dates imported from Afghanistan to sell at his shop in a wholesale market in Kolkata on August 21, 2021. DIBYANGSHU SARKAR / AFP

He added that millions of Afghans were dependent directly or indirectly upon jobs from the Afghan government or the donors working in the country. "That is all suddenly at a halt," he says.

Indeed, financial aid in some cases is set to be replaced by economic sanctions, as the U.S. and many of its allies have already blocked the flow of money to the Taliban. Analysts and international bodies warn that such a decision will likely amplify Afghanistan's pre-existing humanitarian crisis.

"If foreign assistance is withdrawn for the whole year, the economy could contract by double digits, about 11 to 15 percent, which is a terrible thing because it will definitely cause a very large increase in unemployment in the economy and the poverty level will go up." 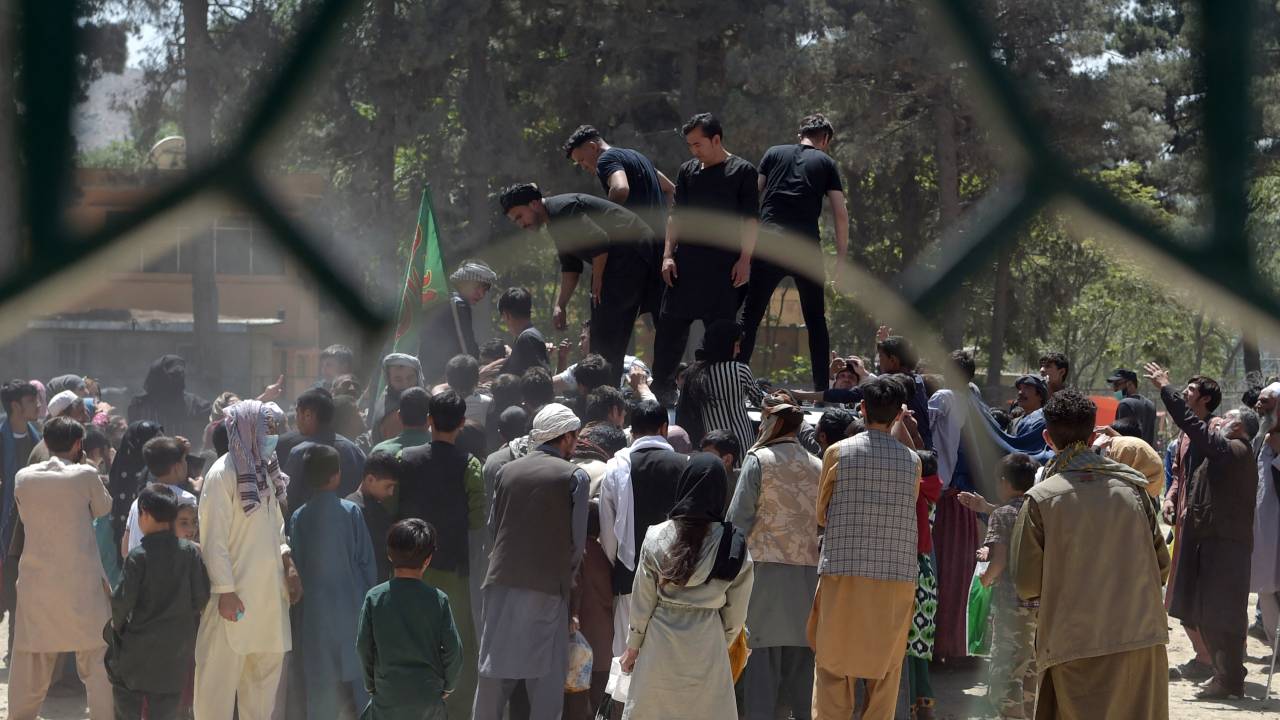 Food aid groups are also suddenly finding it far more difficult to get much needed supplies to certain areas of the country due to the changes in military power at various checkpoints.

This, combined with drought and the socio-economic impact of COVID-19, has turned "an already dire situation" into a "catastrophe," according to the WFP's head in Afghanistan.

"We are actively reaching out to the new authorities for unimpeded humanitarian access," Mary Ellen McGroarty told a press conference earlier this week. "Since the control of the borders has changed, we are working on processes for the free movement of food across the border."

But with the winter looming, she said the agency needed to pre-position food to communities before access was cut off by snowfall. 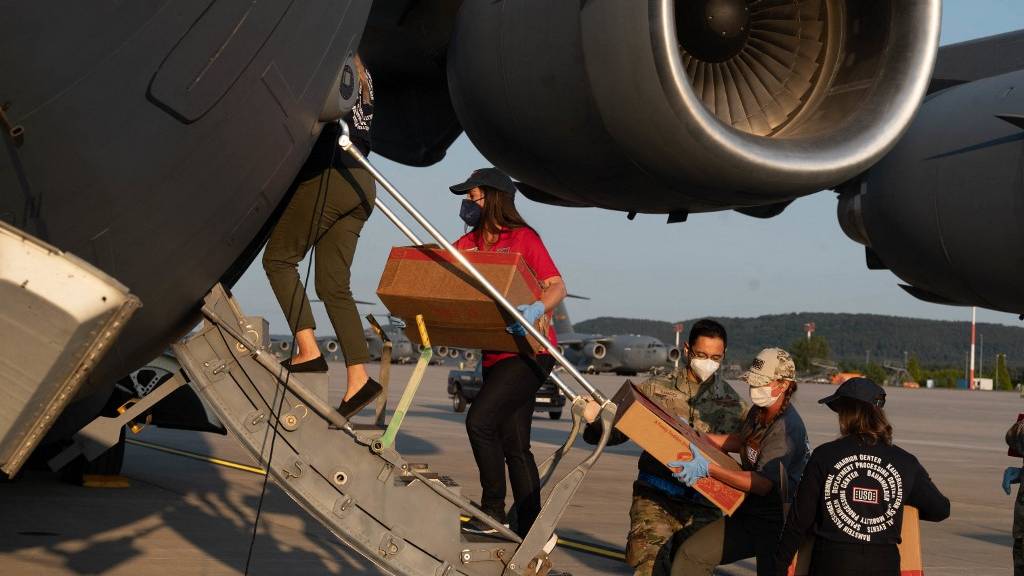 The Taliban has assured the UN food agency it can continue to pursue humanitarian work throughout the country, which the body has commended but it has only been able to negotiate access to distribute aid in some areas, while others remain unreached.

Speaking two days after the Taliban takeover of Kabul, the UN humanitarian coordinator for Afghanistan, Ramiz Alakbarov, urged Western donors to keep funding the body's work in a country where 18.5 million people, nearly half the population, depend on life-saving assistance.

As for working with a group that is on the UN list of terrorist organizations, Alakbarov said: "This is always done along with the humanitarian credo of the United Nations - which is impartial, neutral."

He added, "the United Nations humanitarian arm has worked with (the) Taliban for over 18 years. We have never stopped working with the Taliban." Amid widespread political upheaval and mass hunger, that workload is likely to grow.