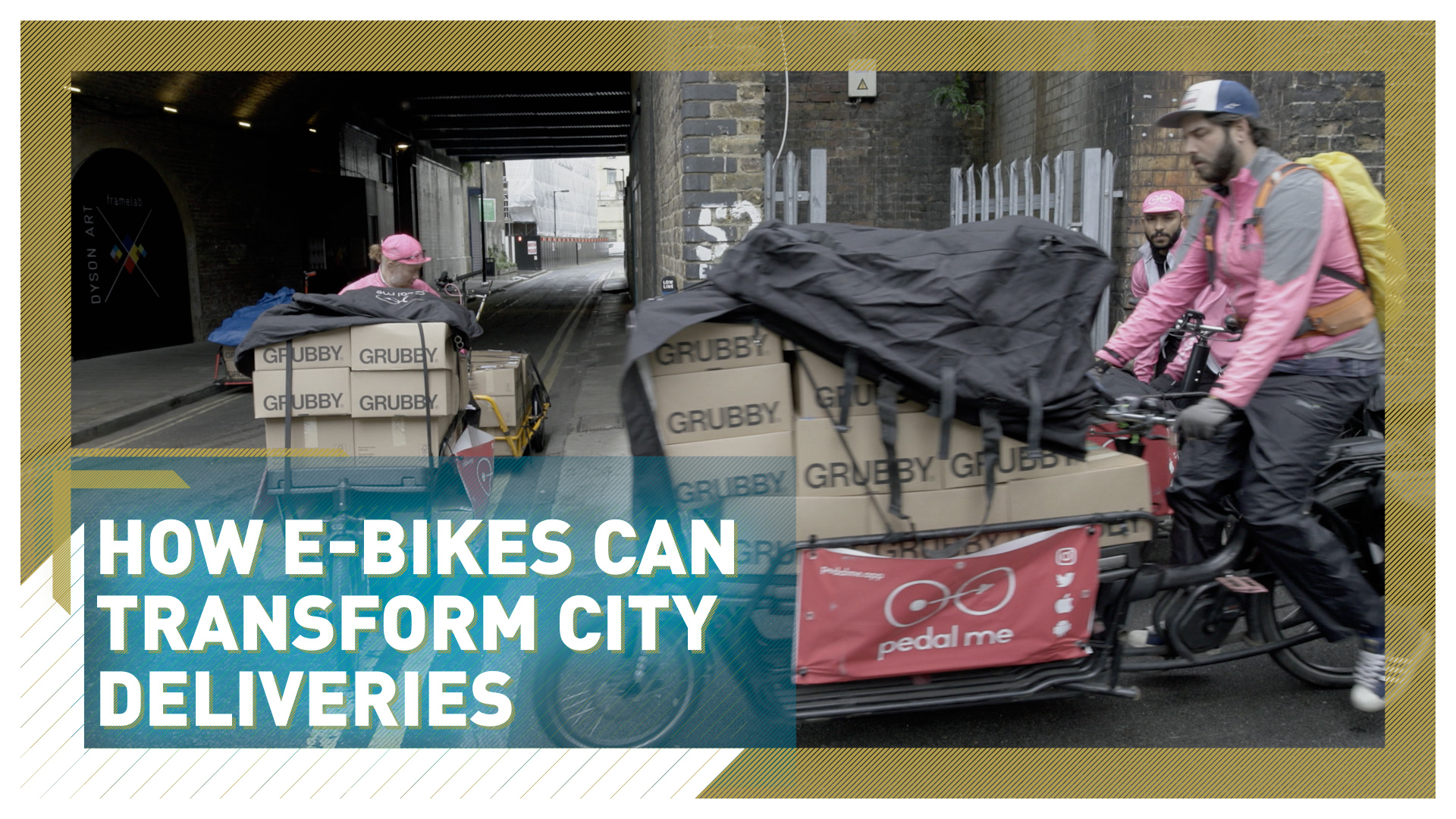 The boom in online shopping since the coronavirus crisis began has led to many more delivery vans on city streets. As part of the search for greener alternatives, the British government is promoting the use of electric bicycles as one alternative for delivering goods.

Now a new study suggests they can be both faster and more cost-effective in inner cities than vans.

Pedal Me is a London-based transport start-up that has a fleet of 75 specially adapted electric cargo bikes. Each e-bike can hold up to 150kg of goods. They can also attach a second 150kg trailer to the back.

At their central London facility, the team could be seen preparing to deliver hundreds of boxes of vegetarian meal kits to people's homes and offices, as well as large sides of lamb to local restaurants. The company's co-founder Chris Dixon believes they offer a cost-effective alternative for smaller loads over shorter distances in busy urban areas. "It's not really 'how do we compete with vans?' It's how vans can compete with us," he says.

"We are smaller for carrying the same payload. We are faster because we bypass traffic and by virtue of being a bicycle, we are cleaner."

Pedal Me operates within a nine-mile (14.4km) radius of central London, with delivery rider William Chauvet saying he travels up to a hundred kilometers a day. He can avoid traffic by using bike and bus lanes as well as moving through traffic jams. Finding parking is also less of a problem.

As for biking through busy London streets, he's not worried. "I feel very safe," says Chauvet. "Prior to me starting, I had two weeks of training. They really make sure you are comfortable on the road, how to filter, overtake traffic, checking behind you, ringing your bell. I feel completely safe." 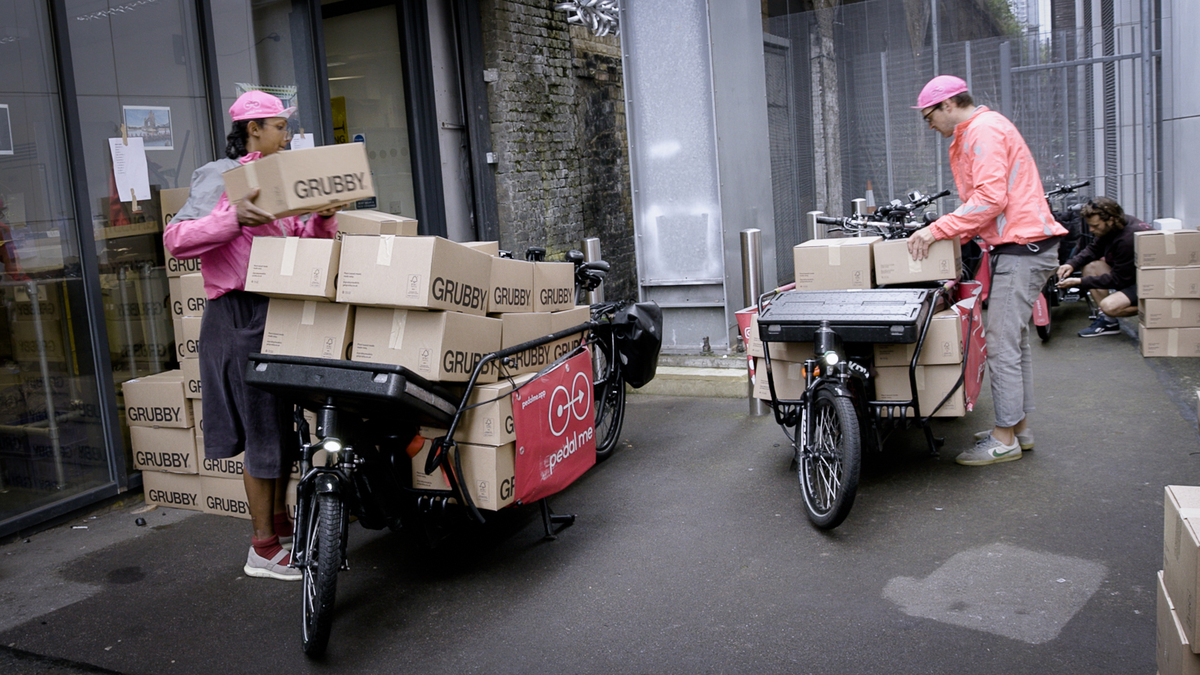 A new study on e-cargo bikes shows they may have an important role in replacing vans for urban deliveries. /Michael Voss/CGTN Europe

A new study on e-cargo bikes shows they may have an important role in replacing vans for urban deliveries. /Michael Voss/CGTN Europe

Offsetting pollution from the delivery boom

All the extra vans needed to deliver online shopping are adding to both congestion and pollution.

Companies providing takeaway meals by bicycle, such as Deliveroo and Just Eat are now well established. Deliveroo saw orders double to almost 150 million in the first half of this year.

Now a new study on e-cargo bikes suggests that they could have an important role in replacing vans for urban deliveries, according to Emma Kemp, project manager for the climate action charity Possible, which commissioned the report.

"We know that transforming our cities is going to take lots of different initiatives, lots of exciting new things and we thought, we had an inkling that cargo bikes might be important in achieving that. We were really, really surprised by the results." Delivery bikes were 61 per cent faster than vans, according to a new study of on e-cargo bikes. /Michael Voss/CGTN Europe

Delivery bikes were 61 per cent faster than vans, according to a new study of on e-cargo bikes. /Michael Voss/CGTN Europe

Researchers from the University of Westminster's Active Travel Academy spent more than three months timing and tracking this company's fleet of cargo bikes on GPS and comparing them to similar van routes.

They found that the bikes were 61 percent faster than vans and dropped off ten parcels per hour compared to just 6 for vans. They also produced 90 percent less harmful carbon emissions than diesel engines, which in 2019 accounted for 96 percent of all vans on British roads.

The British government is also keen to promote cargo bikes and has committed £2.4 million ($3.2m) in grants, providing up to half the cost for local authorities and businesses to buy them. So far, 18 towns and cities around the country are using e-cargo bikes bought under the scheme. Leeds City Council, for example, is letting local businesses borrow cargo bikes to see if they work in meeting their delivery needs.

Pedal power has long been a transport of necessity in the developing world. Now it's starting to catch on over here.