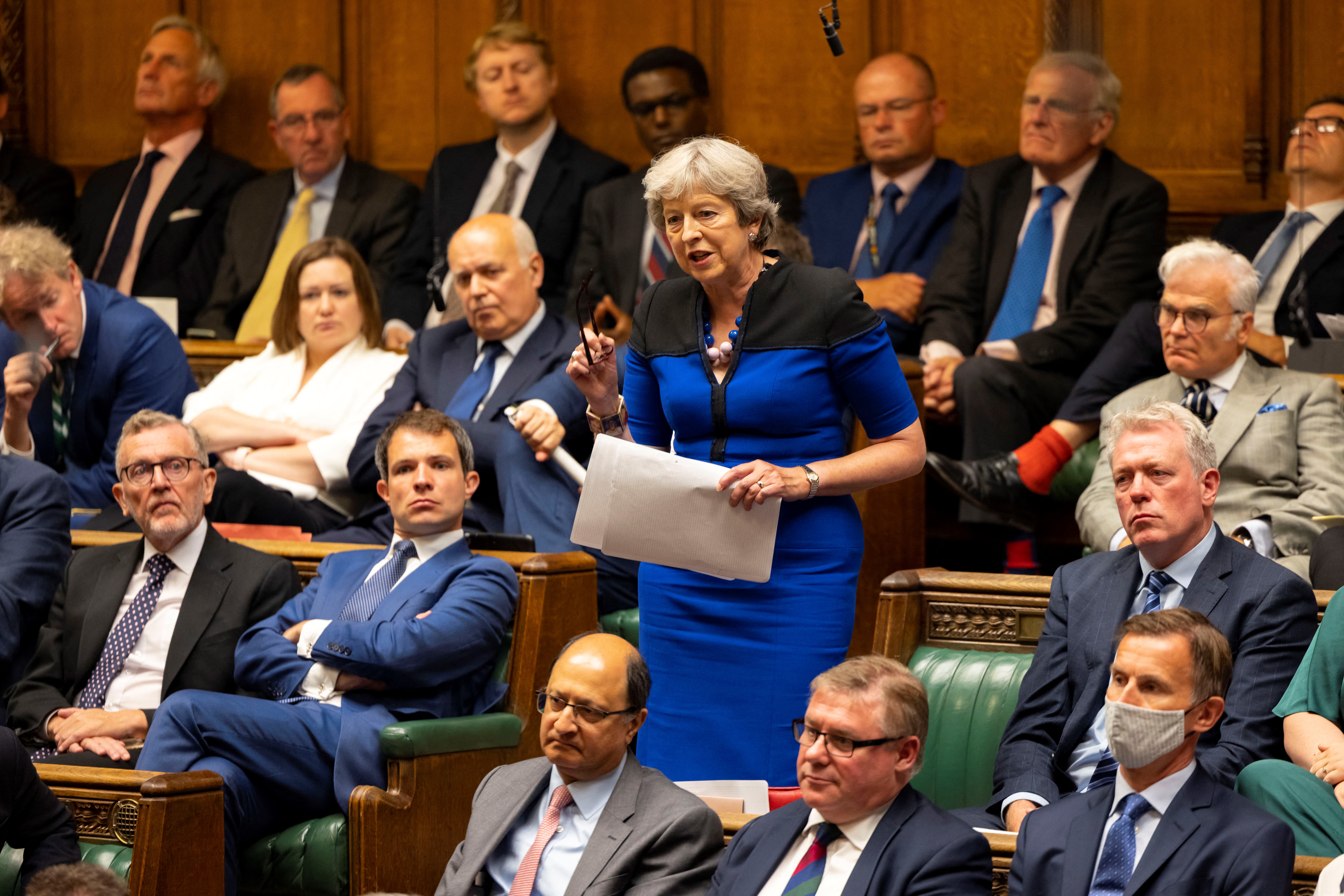 Former UK Prime Minister Theresa May speaking during an extraordinary session of parliament called to discuss the collapse of the Afghan government. /Handout/House of Commons via AFP

Former UK Prime Minister Theresa May speaking during an extraordinary session of parliament called to discuss the collapse of the Afghan government. /Handout/House of Commons via AFP

Lawmakers in the UK have been debating the situation in Afghanistan, with many venting their anger at Prime Minister Boris Johnson over the speed at which the Afghan government collapsed.

Parliament was recalled early from its summer break to debate the emergency session, which went on for more than seven hours.

Former Prime Minister Theresa May said it was "incomprehensible" the UK did not help sustain the government in Afghanistan, given its military involvement in the country.

"Was our intelligence really so poor? Was our understanding of the Afghan government so weak? Was our knowledge of the position on the ground so inadequate or did we really believe this? Or did we just feel that we had to follow the United States and hope that, on a wing and a prayer, it would be alright on the night?" she said.

Despite the criticism, Johnson defended the UK's role in the 20-year conflict, saying it had achieved its goals.

"The United Kingdom, among others, joined America in going into Afghanistan on a mission to extirpate al-Qaeda in that country and to do whatever we could to stabilize Afghanistan, in spite of all the difficulties and challenges we knew we would face. And we succeeded in that core mission," he said.

The UK, like most Western nations involved in Afghanistan, has been scrambling to get its citizens and staff out of the country.

Many lawmakers also called for more help for Afghan refugees, especially those who have helped serve with British forces and diplomatic missions.

On Tuesday, the government in Westminster announced it would be accepting 20,000 more refugees from Afghanistan over the coming years, with 5,000 in the first year of the scheme.

As politicians debated the withdrawal and future situation, thousands of Afghans living in the UK are watching events closely, many of them worried about family and loved ones back home.

Zemar Sakha fled Afghanistan during the Soviet invasion in the 1980s and is saddened the country is still suffering conflict several decades later.

"I was an army officer, I left Afghanistan 36 years ago. We never, ever guessed one day it will be like this. We can imagine any kind of situation but not a worse situation like now. This is something unimaginable for our people."

Another Afghan living in London, Hussein Amiri, said he had made contact with relatives in Kabul and that "they were currently staying indoors and that the streets of the city felt much quieter."

For much of Afghanistan's diaspora, war has been a constant theme of their lives. The United Nations and the international community – including the UK – have raised concerns about a possible humanitarian crisis arising from the latest violence.

Once a refugee himself, Sakha hopes Western nations do not turn their backs on the Afghan people.

"They have to support us any way they can because they are part of the problem, all the West is involved in this problem, all of the West," he said.