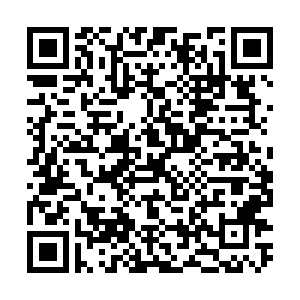 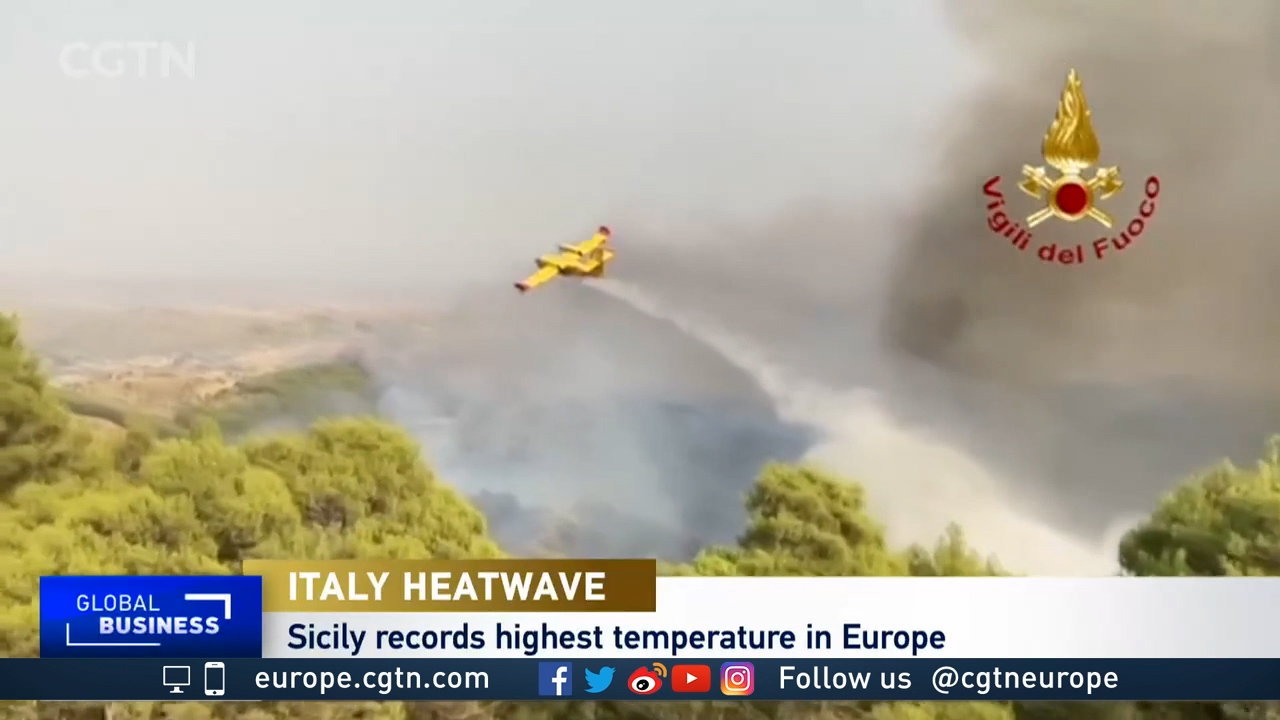 Amid the soaring heatwave in southern Europe, a temperature of 48.8 degrees Celsius has been recorded on the Italian island Sicily by the regional meteorological information system SIAS.

If the reading in the town of Floridia, in southern Sicily is confirmed by the World Meteorological Organization (WMO), it would be the highest temperature ever recorded in Europe.

The WMO's rapid response team has been in touch with those who took the reading but a spokesperson said it was too early to be able to "confirm or deny its validity."

The existing record for Europe is the 48.0 degrees Celsius reached in Athens on July 10, 1977. 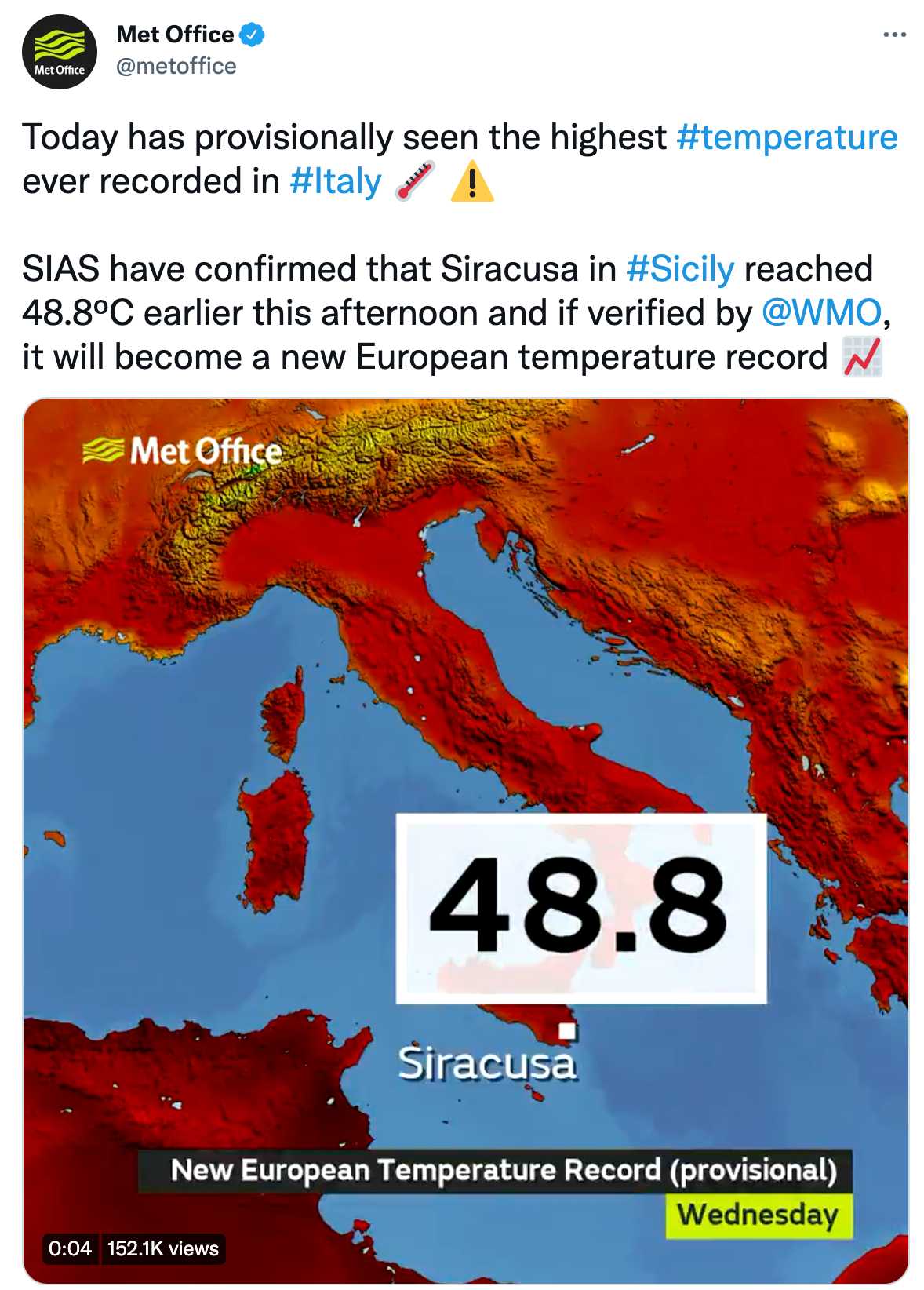 The weeks-long heatwave and dry conditions in much of southern Europe have led to hundreds of wildfires breaking out and destroying forests and homes across swathes of Greece, Turkey, Italy and North Macedonia.

Fires have continued to hit southern Italy, killing a man in his home in Calabria, as hot winds and the high temperatures make it difficult to contain the flames.

Blazes continued on the hills near the Sicilian town Giarratana on Wednesday, burning pine forest and threatening houses and farms.

"Our small town was really invaded by fire. It is a catastrophe, the entire Calaforno park and the surrounding area went up in flames. We have lived and are still living some really sad moments," one resident, Giovanna Licitra, said.

Firefighters said on Twitter they had carried out more than 3,000 operations in Sicily and Calabria in just 12 hours. 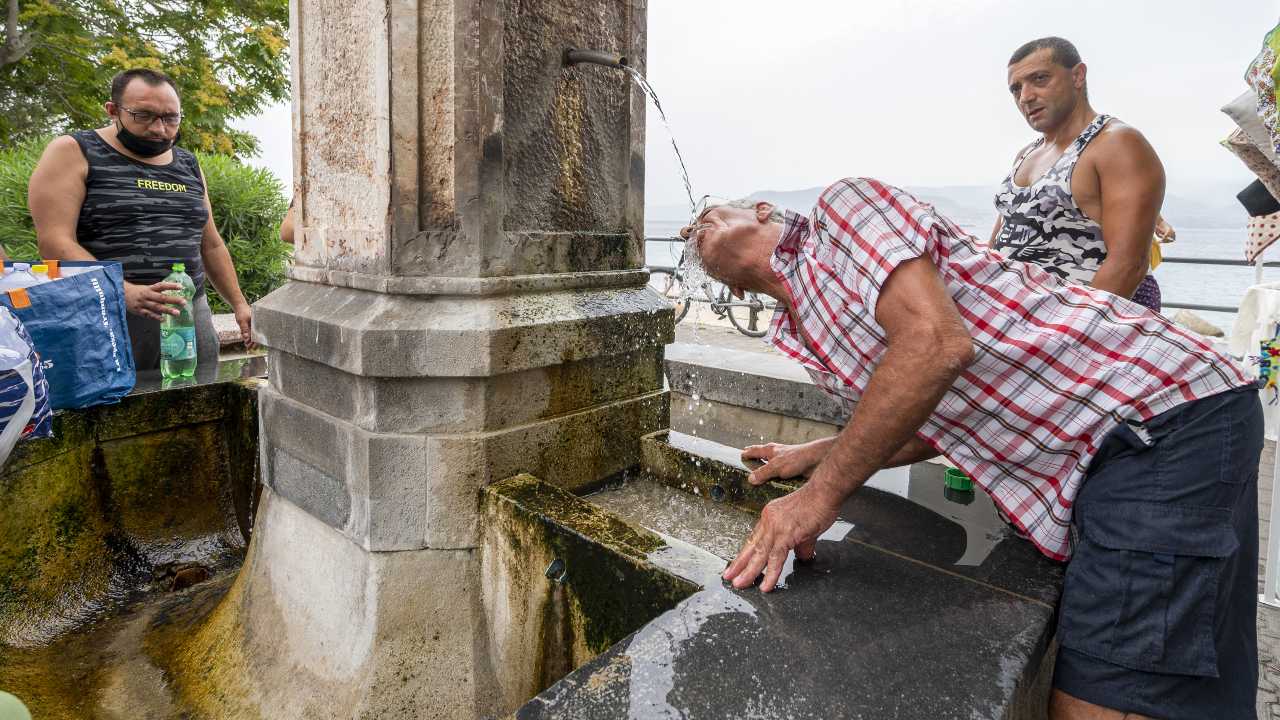 A man drinks from a water fountain in Messina, Sicily, as temperatures soar. /Giovanni Isolino/ AFP

A man drinks from a water fountain in Messina, Sicily, as temperatures soar. /Giovanni Isolino/ AFP 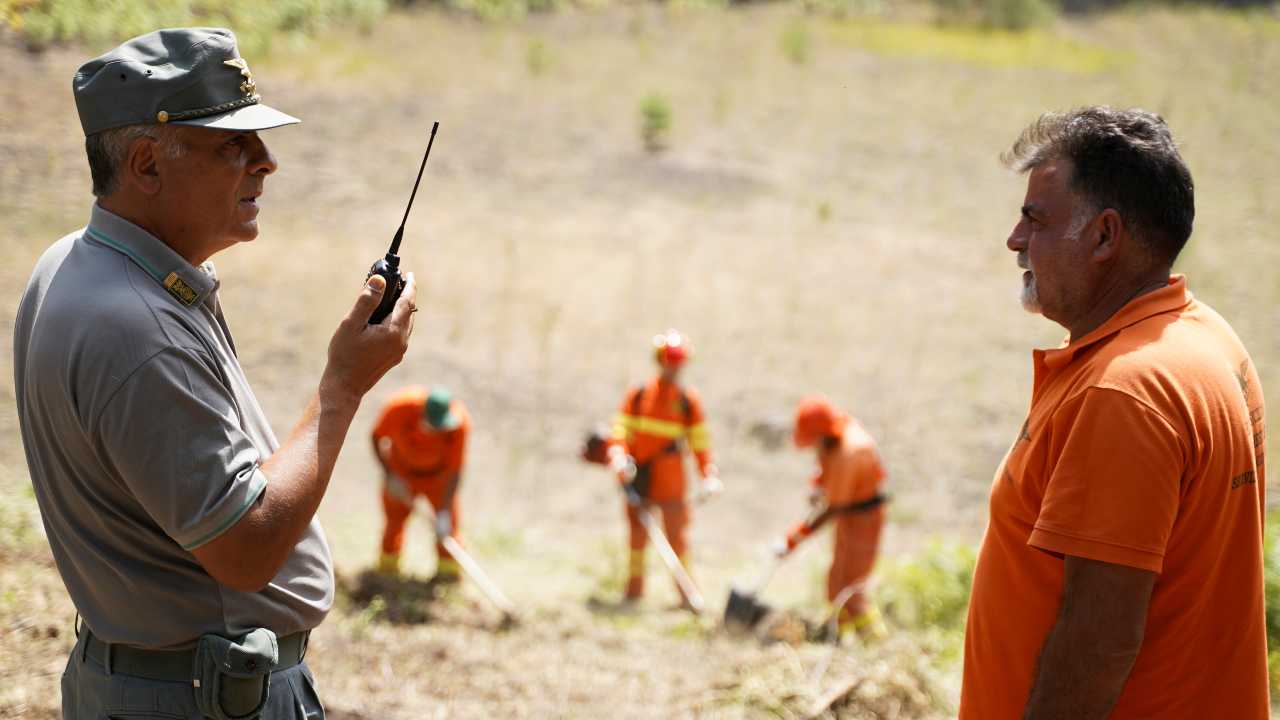 In Greece, almost 900 firefighters slowly gained control of the wildfire on the Greek island Evia, which has been burning for more than a week.

"Yesterday, we saw the light of the sun for the first time in days," said Yiannis Kontzias, mayor of Istiaia on Evia, Greece's second largest island.

"I think we can say that the fire fronts are slowly coming under control."

But fires continue to break out elsewhere – the focus in Greece on Wednesday shifted to Gortynia, 200km west of Athens, where there was a 10km-wide blaze.

Regional official Christos Lambropoulos said crews – including reinforcements from Czechia and the UK – were trying to stop the fire reaching the area's highest mountain, Mainalo.

Across the Mediterranean, fires also hit northern Algeria on Wednesday, killing at least 65 people, according to state television.

Human-induced climate change is making extreme weather more likely and more severe, scientists say, and the EU's Copernicus Atmosphere Monitoring Service said that although hot and dry conditions increase the danger of fires, high temperatures on their own do not trigger wildfires because they need a source of ignition.