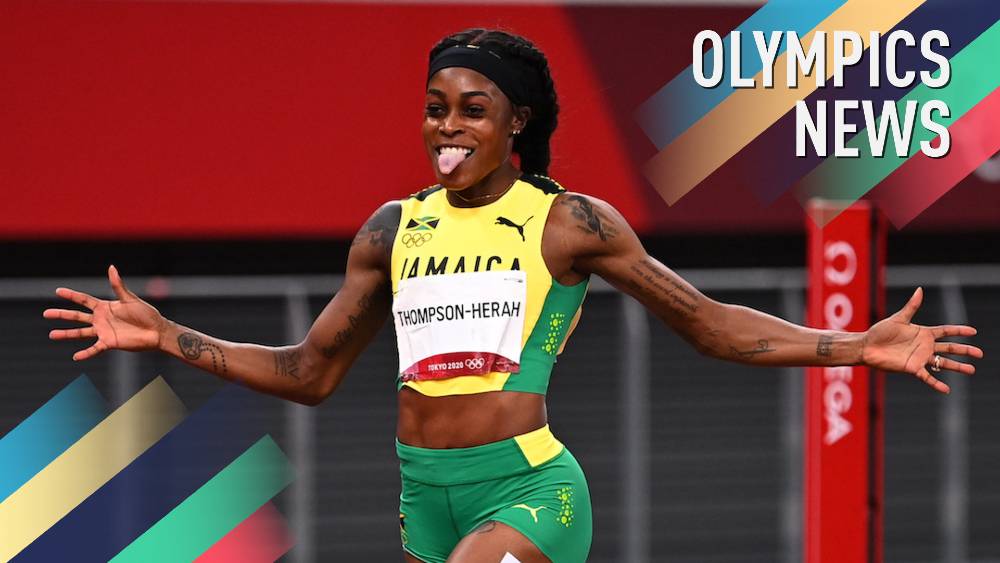 Elaine Thompson-Herah cements her place as the quickest woman on the planet. /Reuters/Dylan Martinez

Elaine Thompson-Herah cements her place as the quickest woman on the planet. /Reuters/Dylan Martinez

· It's a 'double-double' for Elaine Thompson-Herah, who won the women's 200m gold today. That is in addition to her 100m crown. It is the second Olympics in which the Jamaican sprinter has won both.

· In the gymnastics Balance Beam final, Chenchen Guan and Xijing Tang, both of China, took gold and silver. Much of the attention was on how U.S. gymnast Simone Biles performed. She pulled out of several events last week, but the four-time gold medalist from the Rio 2016 Olympics was back on Tuesday, qualifying for the final and finishing third to win a bronze medal.

· Norwegian runner Karsten Warholm couldn’t contain his excitement when he won gold in the Men's 400m Hurdles. Not only did he take top spot, he also beat the world record with a time of 45.94. The previous record was set by Warholm just a month ago in Oslo, but that didn't temper his reaction - as he ripped his skinsuit open at the chest after crossing the line.

· The men's hockey gold medal final will be contested between Australia and Belgium on Thursday after they beat Germany and India in the semi-finals respectively. Germany and India will play for the bronze medal a few hours before the gold and silver are decided.

· The second day of the track cycling featured two more gold medals (details below) but was again overshadowed in part by a spectacular crash. This time it was down to human error, not equipment failure. The Danish Men's Team Pursuit squad caught the Great Britain team, but a bit too literally. Frederik Madsen was pushing hard and didn't see Charlie Tanfield in front of him, and rode straight into his back wheel.

· Both riders crashed heavily, but Denmark had already done enough to qualify for the final against Italy.

· Finally, Jessica Springsteen was "Born in the USA," and now she’s representing the country in the Equestrian Individual Jumping contest. Her famous surname is not a coincidence - she's the daughter of rockstar Bruce Springsteen. After injury to her horse ruled Jessica out of Rio 2016, she and her steed Don Juan Van de Donkhoeve (yes, that's the horse's name) will have "hungry hearts" for a medal in Tokyo.

· Teenager Athing Mu set a new U.S. record as she won the women's 800m in 1min 55.21sec. Her fellow 19-year-old, GB's Keely Hodgkinson, came second. Mu, whose parents moved the U.S. after fleeing civil war in Sudan, became the first American winner of the race since the 1968 Olympics in Mexico. 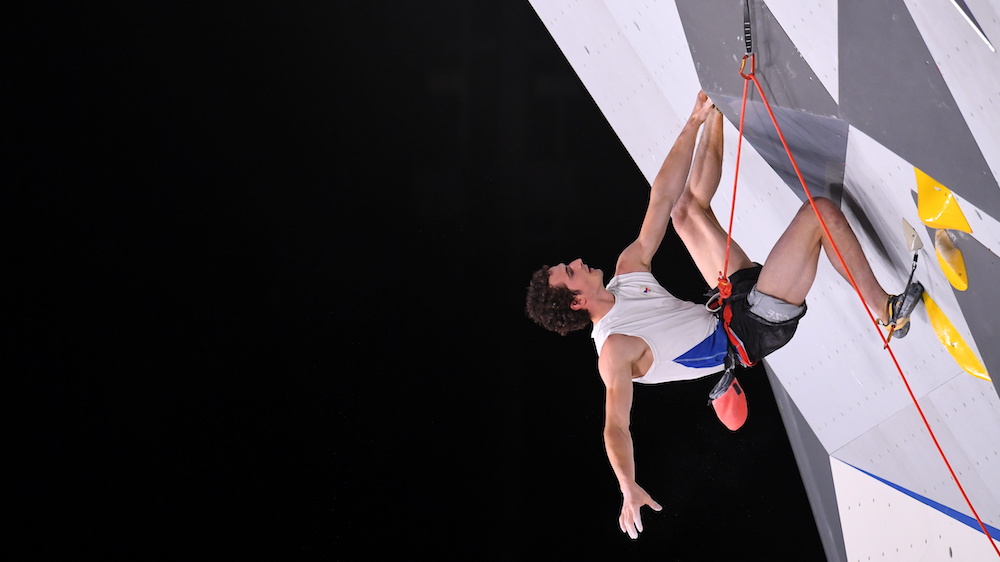 Adam Ondra of Czechia defying gravity in the qualifying round of the men's climbing competition. /Reuters/Clodagh Kilcoyne

Adam Ondra of Czechia defying gravity in the qualifying round of the men's climbing competition. /Reuters/Clodagh Kilcoyne