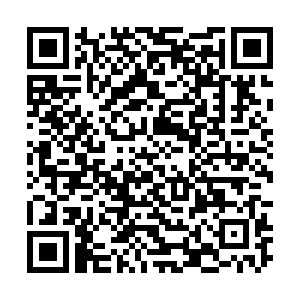 The number of people killed in a spate of wildfires along Turkey's Mediterranean and Aegean coastlines has risen to six.

Hundreds have been injured, and even more left homeless as strong winds and temperatures exceeding forty degrees Celsius gave rise to tinderbox conditions in the forests of southern Anatolia.

The fires are now edging closer to resorts on the Turkish Riviera, where tens of thousands of holidaymakers are currently seeking refuge from the pandemic gloom along the country's famous Turquoise Coast.

Pictures on social media have captured astonished tourists on the beaches of Marmaris, watching as flames engulf the hills above the town. 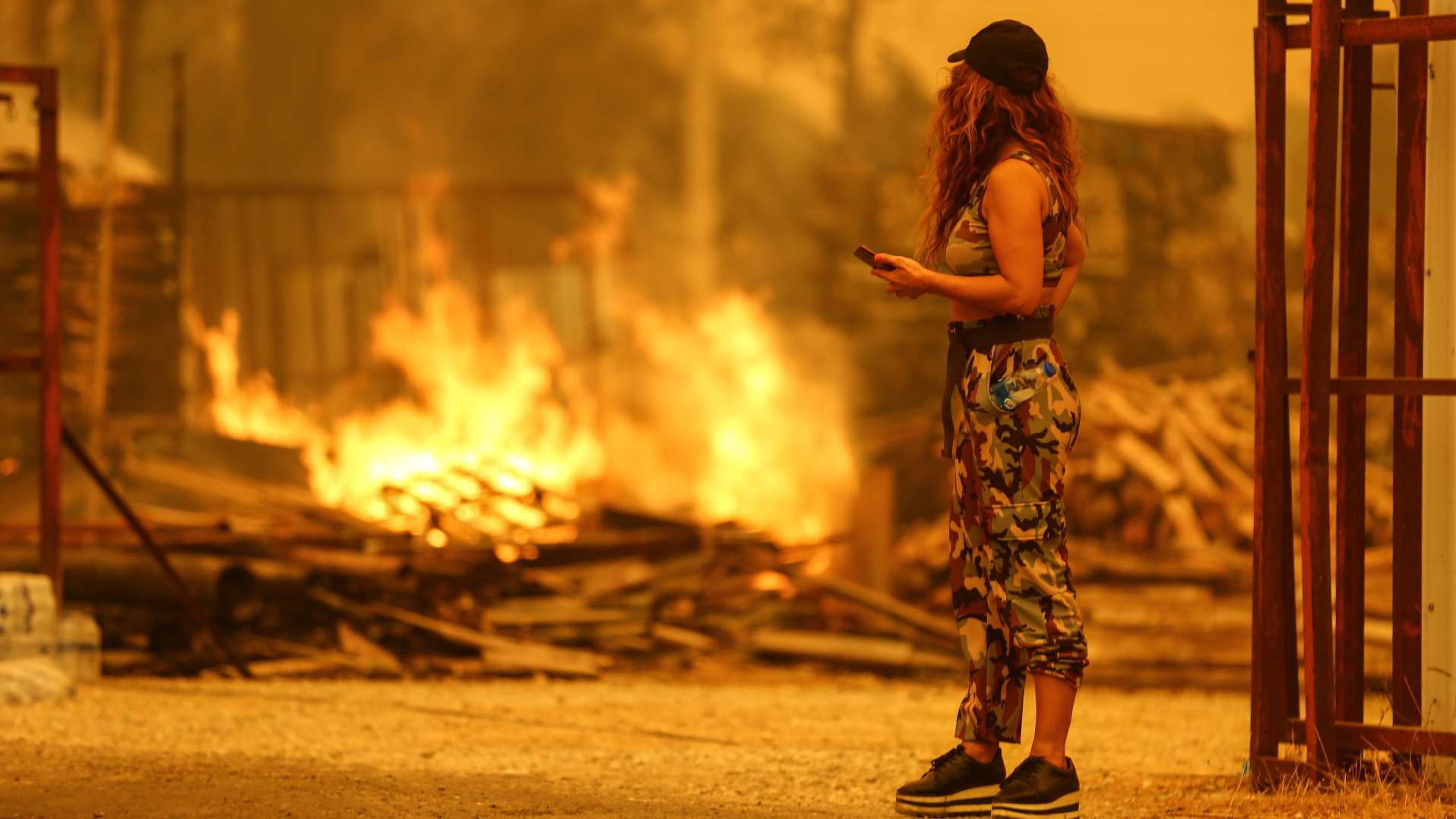 A resident watching a fire in city east of Antalya, Turkey. /Kaan Soyturk/Reuters

A resident watching a fire in city east of Antalya, Turkey. /Kaan Soyturk/Reuters

In Antalya, scores of people were evacuated by boat as hotels closed amid safety concerns. In the rural areas of Mugla, farms and outhouses have been destroyed and livestock lost.

At the epicenter of one of the blazes, the town of Manavgat, resident Mehmet Demir returned to his abandoned home with his sons, only to be met by scenes of devastation.

Speaking on a trip to Antalya, Turkey's President Recep Tayyip Erdogan promised a swift response, pointing to the $2.8 billion relief fund set aside for those worst affected.

"Rental support will be given (for those) with destroyed and damaged housing," he said. "Damage done to agriculture, livestock and greenhouses will also be covered. Reconstruction will begin in a month."

Mindful of the thousands of Russian tourists currently vacationing in the region, authorities in Moscow, along with those in Ukraine and Azerbaijan, have offered planes and helicopters to assist in the effort.

Dozens of fires have now been brought under control, with the emergency services left tackling the last of the most persistent blazes. However, with meteorologists warning that temperatures may yet still rise, fears are growing that the devastation from Turkey's summer inferno could yet worsen. 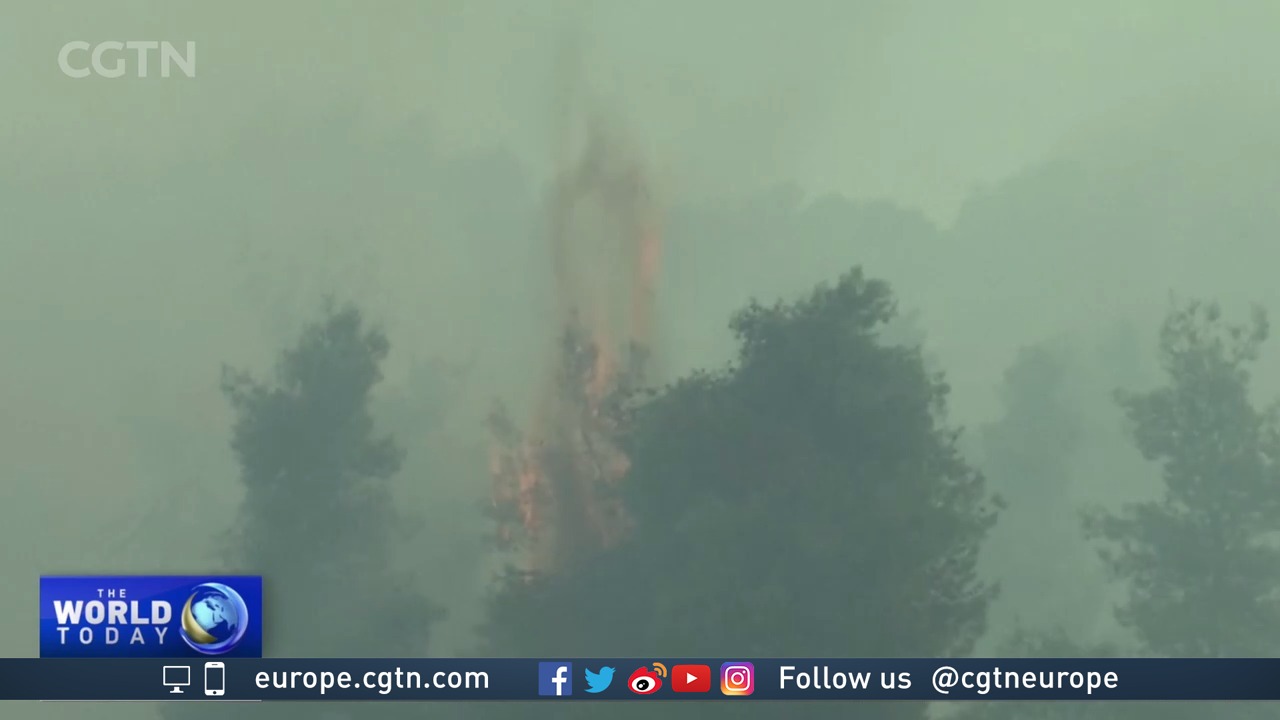 Greece is going through one of the worst heatwaves in the country's recent history, and its authorities are ramping up their efforts to address potential disruptions.

The Ministry of Citizen Protection issued a warning to all Greek citizens and tourists to avoid unnecessary work and travel on Friday and said there was a high risk of wildfires during a "dangerous" heatwave that will peak next week.

The Hellenic National Meteorological Service issued heat warnings for most of the country, with temperatures expected to rise above 45 degrees Celsius early next week. This is Greece's third bout of extreme heat this year – and the most severe. 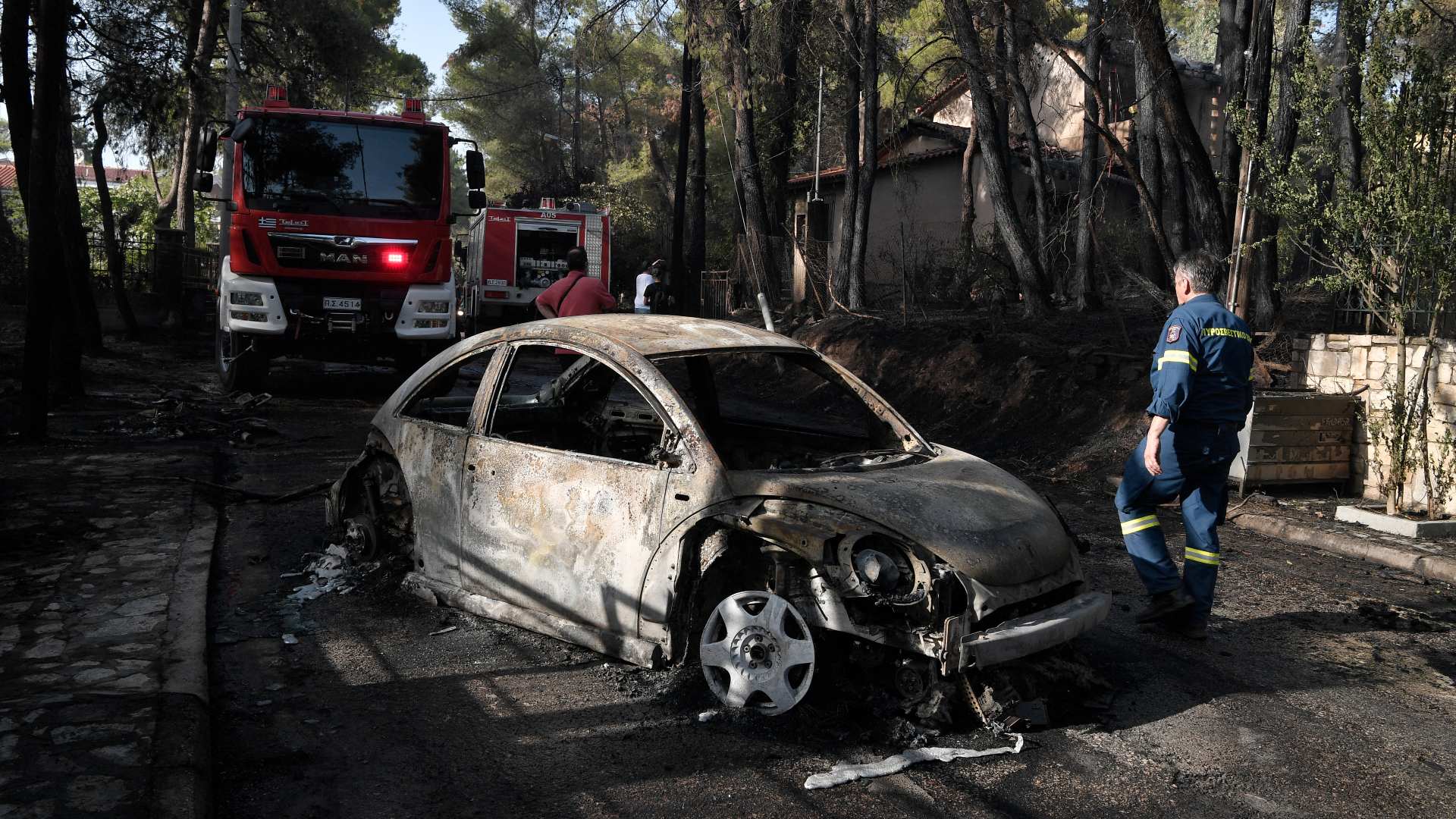 The Minister of Citizen Protection, Michalis Chrisochoidis, urged Greeks to make "targeted use of water and electricity" so that the country does not experience water or power outages.

Regarding the risk of fire, the fire service was placed on high alert, with traffic to be prohibited in suburban forests, while joint patrols are expected to be set up with the participation of the police and the army.

"We encourage all our citizens to avoid any excessive activities that could cause a fire," Chrisochoidis said.

"We are all obligated to be extremely vigilant and avoid activity that could cause a wildfire which will lead to catastrophic consequences. We kindly ask all citizens to avoid any activity in nature that could cause harm."

Earlier this week, a wildfire swept through a mountainous pine forest in Stamata, 30 kilometres north of Athens. The fire seriously damaged at least a dozen homes and burned cars before being contained by an intense firefighting deployment.

Firefighters have tackled more than 45 wildfires in the last 24 hours. And although heatwaves and wildfires are a common phenomenon in Greece during the summer, authorities believe climate change is raising the fire risk. Sicily is burning amid 162 fires that broke out across the Italian island on Friday and are yet to be extinguished completely.

Of this staggering total, 124 broke out in forests and land areas while 38 burnt in towns and cities including Palermo, Messina and Catania. 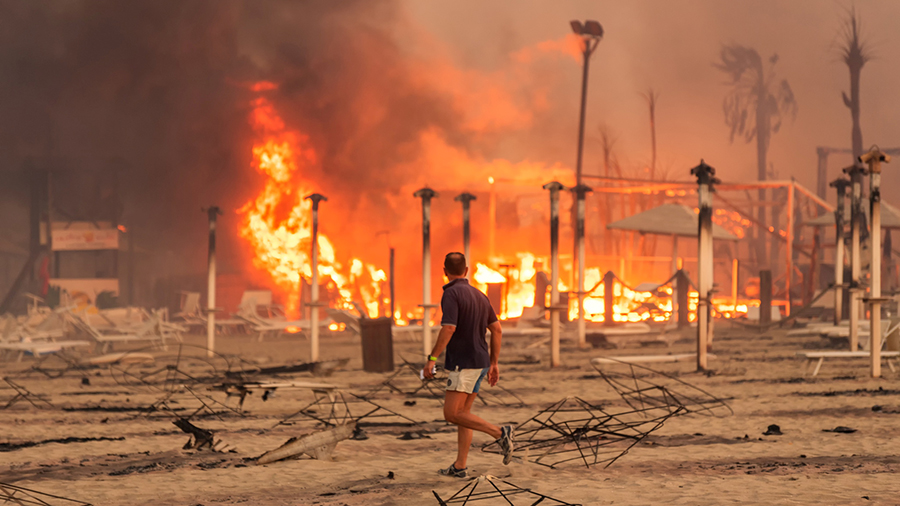 A man walks in front of a fire at Le Capannine beach in Catania, Sicily, Italy, July 30, 2021. /Roberto Viglianisi/Reuters

A man walks in front of a fire at Le Capannine beach in Catania, Sicily, Italy, July 30, 2021. /Roberto Viglianisi/Reuters

Catania, which hosts the island's main airport, was swallowed by flames that forced the suspension of all flights, inbound and outbound.

Hundreds of people were evacuated from their homes, while as many as 150 found themselves trapped by the fires while at the beach and had to be rescued via the sea by the coastguard.

Summer wildfires are unfortunately not uncommon in southern Italy, especially in the country's two main islands, Sardinia and Sicily. Amid scorching temperatures, a landscape which can often turn very dry in the absence of rain becomes easily flammable. 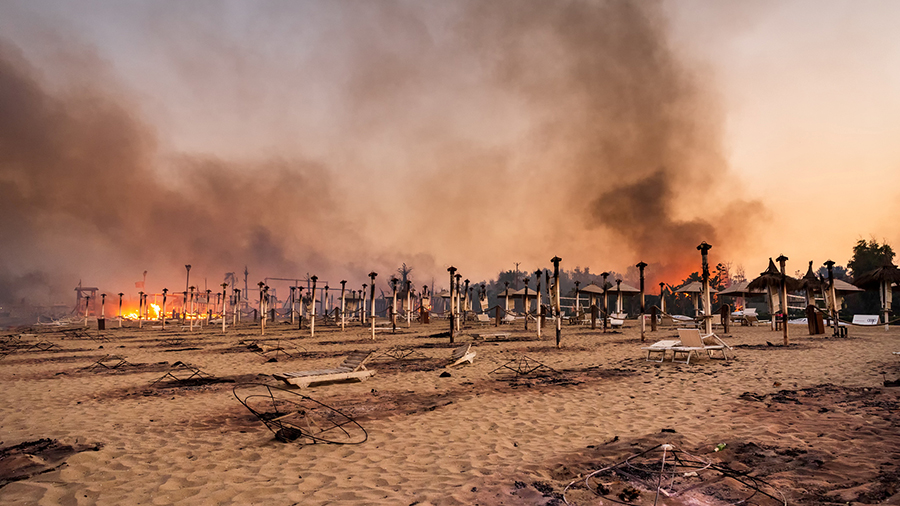 A view of a fire at Le Capannine beach in Catania, Italy, July 30, 2021. /Roberto Viglianisi/Reuters

A view of a fire at Le Capannine beach in Catania, Italy, July 30, 2021. /Roberto Viglianisi/Reuters

On Friday, Italian firefighters reported answering 800 calls for help across the country, with 250 interventions in Sicily, 130 in Puglia and Calabria, 90 in Lazio and 70 in Campania.

The wildfire that broke out nine days ago in Sardinia and destroyed thousands of hectares of forests isn't extinguished yet. After a brief respite on Friday night, the flames burned high again on Saturday morning as temperatures rose.

While the flames are often fueled by the extreme heat and hot winds, authorities believe arsonists might have ignited some of the fires in Sicily. The president of the region, Nello Musumeci, has called for life imprisonment for arsonists.