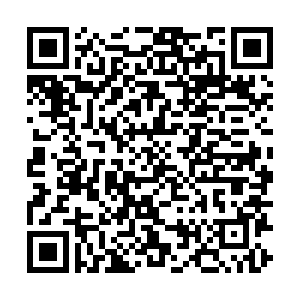 More needs to be done to regulate cigarette alternatives, says the WHO. /Morten Falch Sortland_Getty Creative via VCG

More needs to be done to regulate cigarette alternatives, says the WHO. /Morten Falch Sortland_Getty Creative via VCG

Many countries are making progress in the fight against tobacco, but some are not addressing emerging nicotine and tobacco products, according to a new report from the World Health Organization (WHO).

The WHO also criticizes some nations for failing to regulate cigarette alternatives such as vapes and e-cigarettes.

For the first time, the 2021 report presents new data on electronic nicotine delivery systems, such as "e-cigarettes."

Critics claim these products are often marketed to children and adolescents by the tobacco-and-related industries that manufacture them, using thousands of appealing flavors and misleading claims about the products.

The WHO is concerned that children who use these products are up to three times more likely to use tobacco products in the future.

However, the report authors say there has been progress in the fight against the tobacco epidemic, with the increased adoption of WHO-recommended tobacco-control measures.

More than five times as many people are now covered by at least one WHO-recommended tobacco-control measure compared with 2007.

Some of the control measures the WHO uses to monitor tobacco use and act as a brake on people starting to light up are:

1. Protecting people from tobacco smoke
2. Offering help to quit
3. Warning about the dangers of tobacco
4. Enforcing bans on advertising, promotion and sponsorship
5. Raising taxes on tobacco

Some 5.3 billion people are now covered by at least one of these measures – 1 billion were covered in 2007.

The release of the report comes after the CEO of tobacco business Philip Morris International called on the UK government to ban cigarettes within a decade.

On Sunday, Jacek Olczak admitted that such a move that would outlaw his company's own Marlboro brand.

He said his company could "see the world without cigarettes … and actually, the sooner it happens, the better it is for everyone."

In May, Olczak said it is "totally uncharted territory – nobody ever tried to 'un-smoke' the world."

Smoking, including second-hand smoke, kills roughly 8 million people a year, according to the World Health Organization.