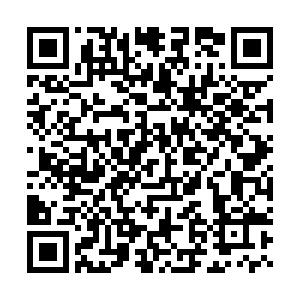 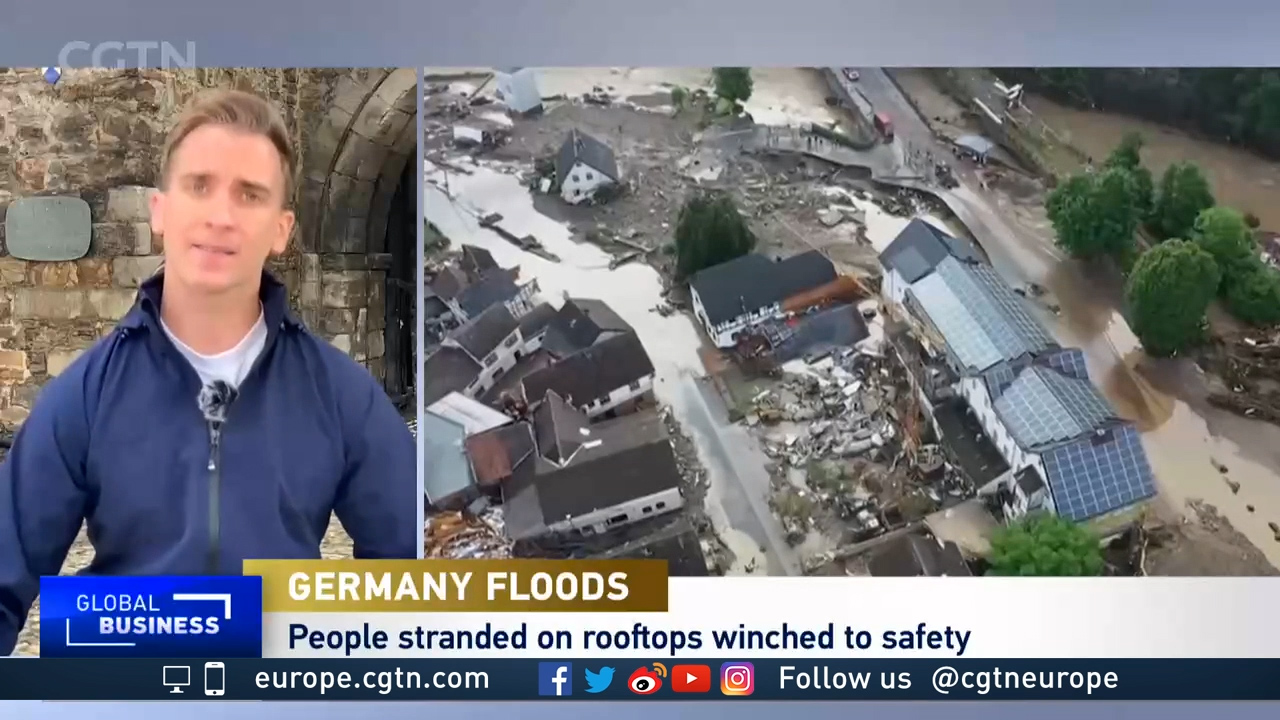 Record heavy rains and floods in western Germany on Thursday have caused the deaths of at least 44 people, while dozens are still missing, according to police.

The death toll kept rising through the day as rescue teams looked for people who might be stranded in their flooded homes or what remained of their homes, in the case of collapsed buildings.

The states of Rhineland-Palatinate and North Rhine-Westphalia were the worst hit by the unusually heavy rainfall.

"I am worrying along with everyone who's in danger," Rhineland-Palatinate Premier Malu Dreyer tweeted.

The rising water of the Ahr river, which burst its banks, led to the collapse of six houses in the area. 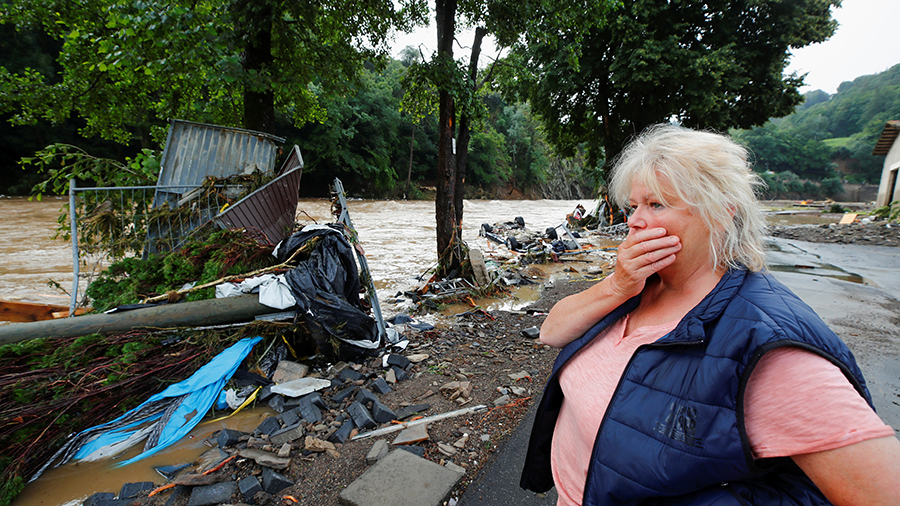 A woman looks at debris brought by the flood next to the Ahr river, following heavy rainfalls in Schuld, Germany on July 15, 2021. /REUTERS/Wolfgang Rattay

A woman looks at debris brought by the flood next to the Ahr river, following heavy rainfalls in Schuld, Germany on July 15, 2021. /REUTERS/Wolfgang Rattay

The heaviest rainfall ever measured in the area over 24 hours caused flooding in cities including Cologne and Hagen, while in Leverkusen 400 people had to be evacuated from a hospital.

Two people were found dead in flooded cellars in Cologne, while on Wednesday night, two firefighters died in North Rhine-Westphalia while on rescue missions.

"It's a catastrophe. There are dead, missing and many people still in danger. All of our emergency services are in action round the clock and risking their own lives," said Dreyer.

Around 18 bodies were retrieved in the region around the town of Ahrweiler alone, where about 50 people were stranded on roofs and more houses were at risk of collapse. Police helicopters flew in from neighboring states to winch people to safety, Koblenz police said.

"Where did all this rain come from? It's crazy," pensioner Annemarie Mueller, a 65-year-old resident of the town of Mayen, told AFP.

"It made such a loud noise and given how fast it came down we thought it would break the door down." 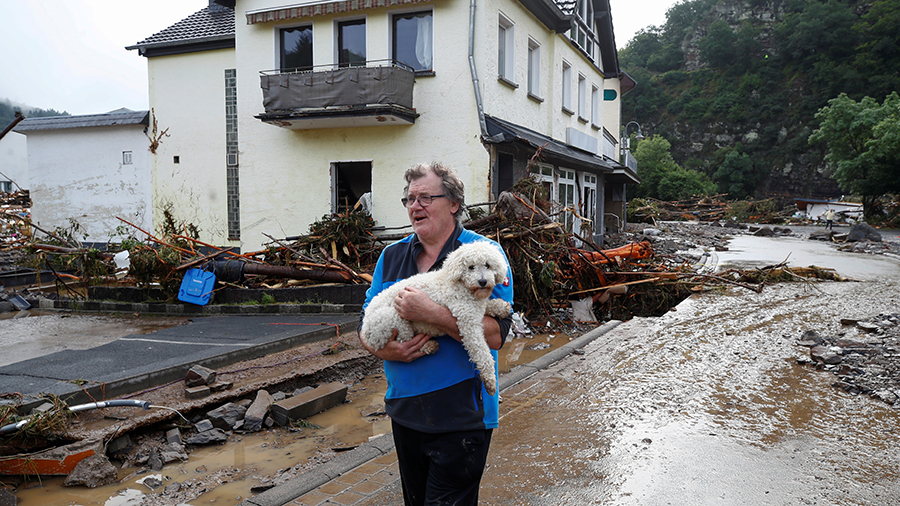 A man carries a dog next to debris brought by the flood, following heavy rainfall in Schuld, Germany, on July 15, 2021. /REUTERS/Wolfgang Rattay

A man carries a dog next to debris brought by the flood, following heavy rainfall in Schuld, Germany, on July 15, 2021. /REUTERS/Wolfgang Rattay

Armin Laschet, the CDU candidate and North Rhine-Westphalia leader who is hoping to succeed Angela Merkel as Germany's Chancellor in September, canceled a meeting in Bavaria because of the situation.

"We will stand by the towns and people who've been affected," Laschet told reporters in the town of Hagen.

Chancellor Angela Merkel, in Washington for an official farewell visit, promised financial aid for those affected and expressed her dismay at the situation.

"You can trust that all branches of government, federal, state and local, will join forces to do everything they can to save lives, avert danger and alleviate hardship," she said.

Hundreds of soldiers were deployed across the two affected states to assist 2,500 relief workers in rescue efforts.

The German Weather Service has warned that more heavy rain is to be expected on Thursday and Friday in southwestern Germany.

The extreme weather conditions have also affected neighboring Luxembourg, the Netherlands and Belgium, where at least six people were reported dead after heavy rains caused floods.

Around 10 houses collapsed in Pepinster, in the Walloon region, after the river Vesdre flooded the town. Residents were evacuated from more than 1,000 homes.

Similarly, city authorities in Liege, the fourth most populous city in Belgium, asked residents "who still have the possibility to evacuate to do so," warning of the risk of water rising another 1.5 meters through the rest of the day.