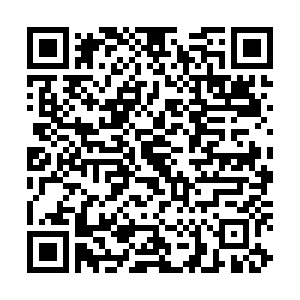 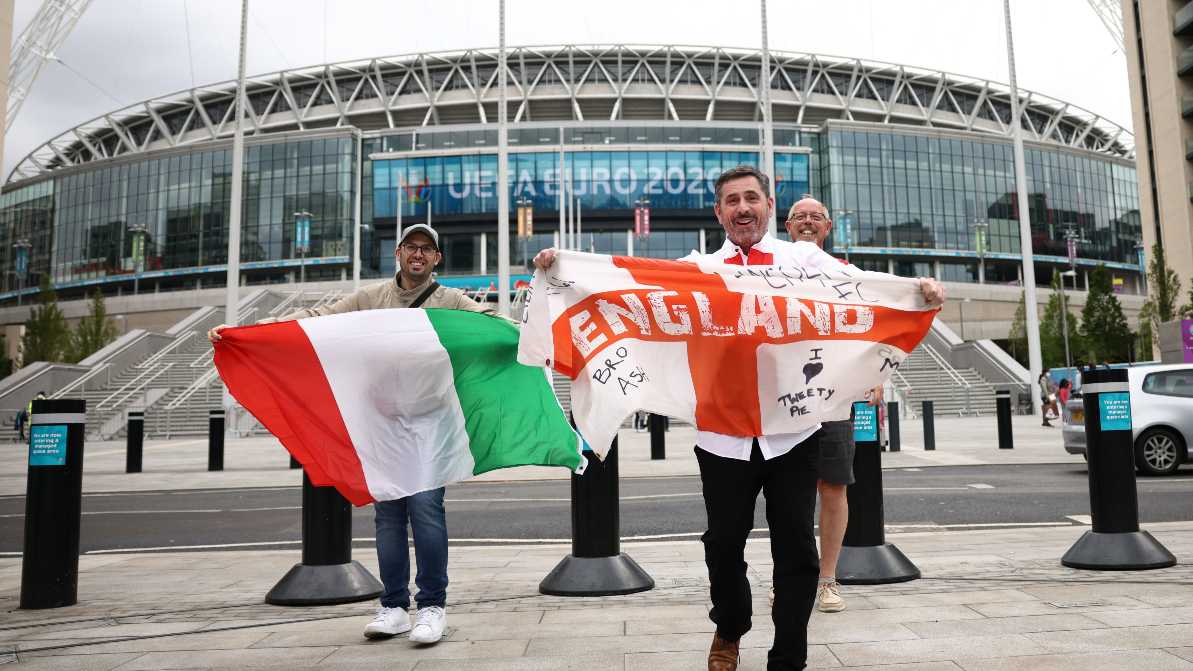 A few England and Italy fans were at Wembley the day before the big match. /Reuters

A few England and Italy fans were at Wembley the day before the big match. /Reuters

• European football's governing body UEFA has fined the English FA $35,000 after a laser pen was shone in the face of Denmark goalkeeper Kasper Schmeichel as he prepared to save an England penalty in their semi-final clash on Wednesday.

• The punishment also covers the lighting of fireworks and "disturbances" during the national anthems at Wembley. It is not clear what the disturbances refer to, but there has been widespread criticism of some England fans booing the opponents' national anthem.

• Italy had the backing of around 11,000 UK-based fans at their semi-final and their supporters will once again be there for the final. Reports from Italy suggest 6,500 tickets had been sold to fans already in Britain with 1,000 more flying into the country for the game, including President Sergio Mattarella.

• The final on Sunday evening brings to an end a tournament which was delayed for a year by the pandemic and which has been held across a variety of nations rather than with the usual single host country.

• There will once again be 60,000 fans in the stadium in London for the match, with COVID-19 quarantine rules meaning that most of those attending (without breaking rules) will already have to have been in the UK.

Whoever wins will be bringing an end to a very long wait - England's only success at international level was the World Cup in 1966, while Italy's last European win was back in 1968.

It has been a story of redemption for both teams - England were humiliated by minnows Iceland at Euro 2016, while Italy failed to qualify for the 2018 World Cup.

But under managers Gareth Southgate and Roberto Mancini the two teams have put together impressive runs, and few would argue with the idea that they deserve to be in the final.

England's only injury doubt ahead of the final is 21-year-old Phil Foden, who has a "minor" foot injury. He started England's first two matches but has been a substitute since then.

"It's just whether it's going to be one that clears up in time for him to be able to take part in the game, so we'll have to assess that again later," said Southgate.

For Italy, now 33 matches unbeaten, it is a third match at Wembley.

"Playing at their home does not scare us," Italy's veteran defender Leonardo Bonucci said.

"We are looking forward to taking to the field even though most of the fans present will be English. We want to do something historic, have a great performance and then we'll see how it ends."

Injured Leonardo Spinazzola, who left the Italy v Belgium game in tears a week ago after an Achilles tendon injury, will watch the final from the audience to support his teammates and will be "cheering them on with my crutches," he said.

Italy's semi-final was the 35th most watched TV event in the country's history, with 20 million people in the country glued to the screen. The 34 other events have all been football matches too. /Reuters.

Italy's semi-final was the 35th most watched TV event in the country's history, with 20 million people in the country glued to the screen. The 34 other events have all been football matches too. /Reuters.

"We've all waited so long as players, as public, as people to see us in a final," said Harry Kane, the home side's captain and center-forward. "So these are the opportunities you have to grab with both hands."

"We have an amazing chance to win our second major trophy as a country. The players we've had over the years and produced, we feel proud to be representing them as well.

"We've got to be excited for it, we've got to enjoy it, but of course, any football match, we're all winners here, we all want to win, and we're going to need every bit of that to get the job done on Sunday."