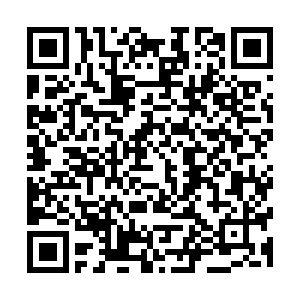 The Chinese Embassy in the UK says a report by a House of Commons committee about Xinjiang is "nothing but a pack of disinformation" and "an attempt out of ulterior political motives to deliberately slander China's policy on Xinjiang and wantonly interfere in China's internal affairs."

The report by the Foreign Affairs Committee, called 'Never again: The UK's responsibility to act on atrocities in Xinjiang and beyond' claimed there had been mass detention of more than a million Uyghurs, forced labour, and an attempt to wipe out Uyghur and Islamic culture in the region by forced sterilization of women, destruction of cultural sites, and separation of children from families.

In response to the report a spokesperson for the embassy called the accusations groundless.

There were "no so-called 'internment camps' in Xinjiang. The vocational education and training centers set up in Xinjiang in accordance with laws are schools. This is part of the proactive and preventive de-radicalization and counter-terrorism measures aimed at tackling terrorism and religious extremism at the source."

The spokesperson said they were similar to the Desistance and Disengagement Programme in the UK or the de-radicalization centers in France.

"There is no 'forced labor' in Xinjiang, only voluntary employment and free choice in the labor market, and lawful labor rights are protected," the spokesperson added.

At  last month's G7 meeting the final communique said "we will promote our values, including by calling on China to respect human rights and fundamental freedoms, especially in relation to Xinjiang," and a number of clothing brands no longer source cotton from Xinjiang, with the UK lawmakers calling for a complete ban on imports of products known to be produced in whole or in part in the Xinjiang Uyghur Autonomous Region.

The embassy said China "has always adhered to the people-centered approach to human rights, believes that living a life of contentment is the ultimate human right... thanks to our unremitting efforts, Xinjiang now enjoys social stability, ethnic harmony and rapid economic growth.