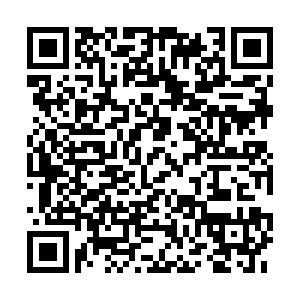 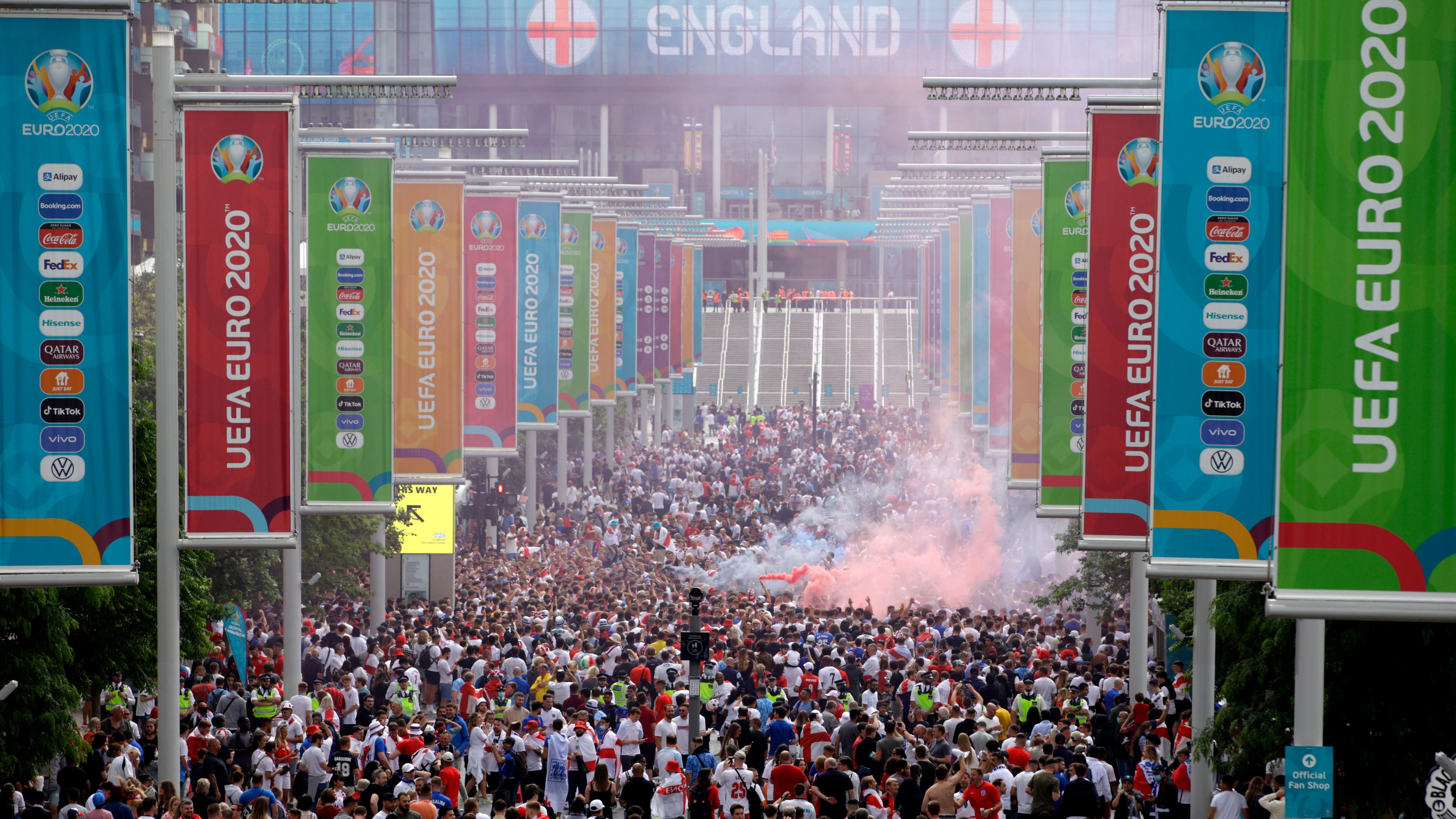 The atmosphere is intensifying outside Wembley Stadium ahead of Sunday evening's final. /AP

The atmosphere is intensifying outside Wembley Stadium ahead of Sunday evening's final. /AP

- London's Metropolitan Police has urged fans who don't have tickets to the final to stay away from Wembley and its surrounding areas amid a surge in COVID-19 infections.

- England Manager Gareth Southgate has urged fans not to boo the Italian national anthem, instead they can try to intimidate the opposition during the match. "It's important that our fans always respect the opposition and we know that in fact when we play abroad and fans boo our anthem it probably inspires us even more, so I don't think it will help the team," Southgate said.

- UEFA opposed a late request for British comedians Frank Skinner and David Baddiel to perform their popular song from 1996, "Three Lions," before the final at Wembley. "UEFA said it was too partisan and not fair to the Italians to have that," Skinner said.

- Former European Championship winner with Italy, Dino Zoff said the Azzurri need a "warm heart and cold blood" to beat England. "We had never beaten the English there. They still felt like they were custodians of the sport. Wembley was a kind of forbidden temple. They were different times, another world," he added.

Fans lined the streets of Wembley more than six hours before kick-off.

Thousands of fans of the two finalists, as well as those wearing colors from an array of other nations across Europe took in the atmosphere down the iconic Wembley Way.

The England team strolled around the grounds of their hotel in Watford on Sunday morning, while Italy prepared themselves at a hotel within Premier League club's Tottenham Hotspur's training ground after arriving back in the country on Saturday evening.

The Three Lions Manager Gareth Southgate has called on his team to reproduce the form from throughout the competition and not get caught up in the emotion of the occasion.

"It's not necessarily about doing better. The key is to hit your normal level. Lots of teams in finals end up under-performing," he told a news conference.

"It's about transferring what you do on the training pitch into the match. This game now is a different tactical challenge and we have got to prepare properly for that," he added.

Despite the match being at their national home, it won't be easy for Southgate and his team to win the title. Roberto Mancini's side are unbeaten in their last 33 matches, and have only conceded twice this tournament. England have only conceded one goal themselves, suggesting it has all the ingredients for a match with very few chances.

After missing the 2016 European tournament through injury, and almost missing this tournament for the same reason, Paris Saint Germain midfielder Marco Verratti is one of those expected to play a key part in tonight's match.

He told reporters on Saturday about how he had flashbacks of five years ago and what it means to him to be playing in the final.

"Three or four days after the injury I thought I would not be fit for the tournament. The nightmare of missing Euro 2016 came back but thanks to the national team medical staff I was able to play this time, and do so in excellent condition."