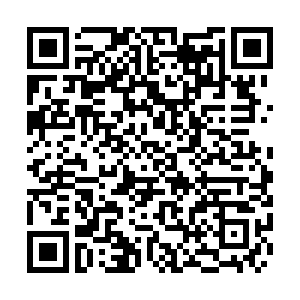 • London's Metropolitan Police said they made 20 arrests after fans gathered in central London to celebrate England's semi-final win over Denmark. Riot police were on hand as traffic came to a standstill at Piccadilly Circus when fans blocked streets and climbed on telephone boxes.

• COVID-19 infections in England have quadrupled in a month since early June, according to research by Imperial College London. A contributor to the study said there was no direct evidence Euro 2020 had fueled the rise in cases. But women were 30 percent less likely to test positive than men, most likely due to different social mixing patterns.

• UEFA opened disciplinary proceedings and charged England over their fans' behavior during their Euro 2020 semi-final victory over Denmark, including allegations a laser was pointed at Danish goalkeeper Kasper Schmeichel's face.

• England's achievement in reaching the final of the Euro 2020 soccer championship will further boost consumer confidence, says UK finance minister Rishi Sunak. "I think the football just adds to it: consumer confidence has already returned to pre-crisis levels and things that make us feel good are good for the economy."

• An array of media and football figures have joined Danish fans in condemning England's penalty, which led to the winning goal as "too cheap" for such a big game. "They always say how bad it is when a foreign player tries to deceive the referee with a dive. In pure English football, this does not happen. Apart from, of course, in a European Championship semi-final," said Spanish newspaper Marca.

• Italy's football federation said up to 1,000 fans will be able to travel overseas to London for Sunday's Euro 2020 final, following a deal struck with British authorities. 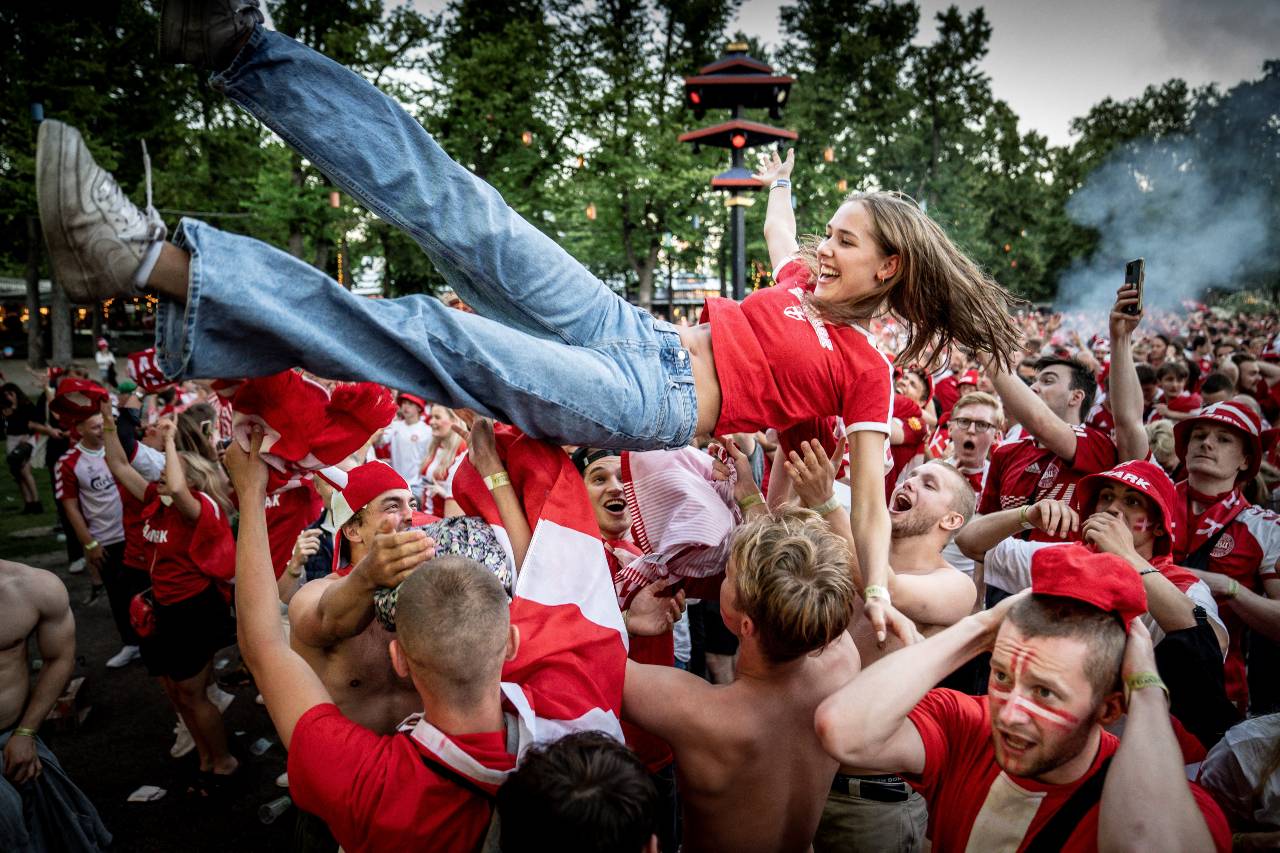 England fans woke up bleary-eyed on Thursday to the reality of a first major tournament final in 55 years, after a momentous win against Denmark set up a Euro 2020 showdown with Italy.

Three years on from the team's defeat to Croatia in the World Cup semi-final, Gareth Southgate's men overcame the Danes 2-1 in extra-time at a rocking Wembley to reach the country's first European Championship final.

"I am so proud of the players. It was an incredible evening. The supporters were incredible all evening," said Southgate.

The team now stands just one game away from ending the country's long and painful trophy drought, dating back to the 1966 World Cup.

Standing in their way is an Italian side on a 33-match unbeaten run, reviving their reputation on the global stage after an embarrassing failure to reach the 2018 World Cup in Russia.

A Wembley crowd of almost 65,000 whipped themselves into a frenzy before kick-off on Wednesday with rousing renditions of Sweet Caroline and Football's Coming Home.

Simon Kjaer's own goal canceled out a superb Mikkel Damsgaard free-kick, and Kasper Schmeichel kept England at bay with some stunning saves to take the tie to extra-time.

Raheem Sterling, who grew up minutes from Wembley and watched the new stadium being built, was the game's best player – probing the Danish backline with his pace and skill.

The decisive moment came late in the first period of extra-time when Dutch referee Danny Makkelie awarded a spot-kick for Joakim Maehle's challenge on Sterling, which survived a VAR check. Captain Harry Kane took the penalty, which was saved by Schmeichel, only for the England striker to score from the rebound. The men in white then saw out the match for the win.

The final whistle sparked scenes of pandemonium inside Wembley – hosting the biggest crowd in the UK since the start of the coronavirus pandemic – as the players partied on the pitch. 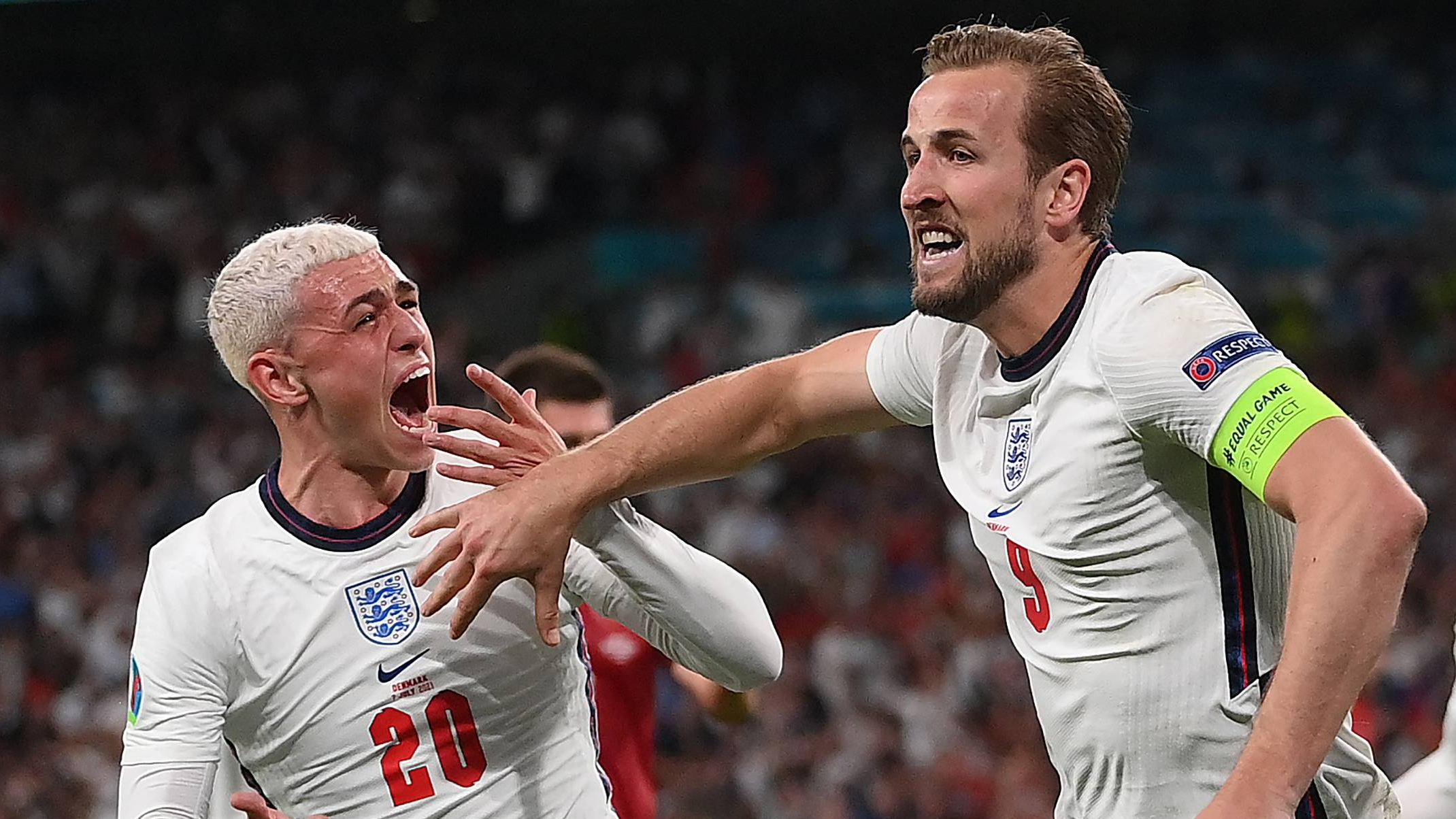