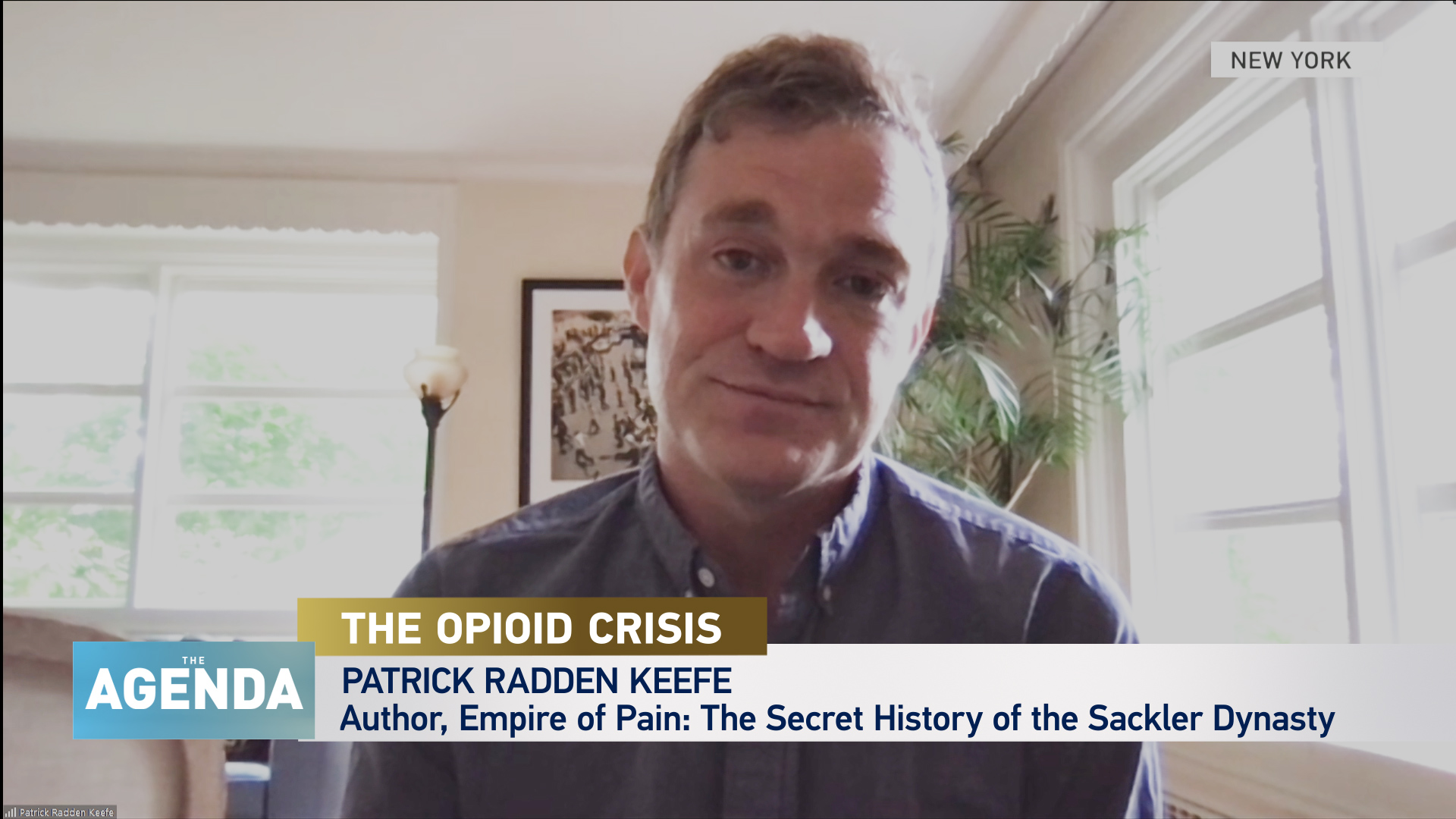 The opioid crisis has killed nearly 500,000 people in America in the last 20 years. The misuse of and addiction to opioid painkillers is a serious crisis that affects public health, social and economic welfare in the USA.

Recently, US prosecutors have started cracking down on pharmaceutical companies that first began advertising prescription painkillers in the 90s as 'non-addictive'. One such company facing scrutiny is Purdue Pharma, owned by the billionaire Sackler family.

In his book 'Empire of Pain: The Secret History of the Sackler Dynasty' Patrick Radden Keefe explains how the family that sold OxyContin, which was celebrated for its philanthropy, might have known more than we thought.

Here, Stephen Cole digs into the origins of the opioid epidemic - who is to blame? How has it evolved?  And how will these court cases change the course of medical advertising in the United States?

Patrick Radden Keefe is an award-winning staff writer at The New Yorker magazine and the author of the New York Times bestsellers Empire of Pain: The Secret History of the Sackler Dynasty.

He is also the writer and host of 'Wind of Change' a podcast series which investigates the connection between espionage and pop music during the Cold War.

WHAT DOES KEEFE SAY?

Keefe explains how Purdue Pharma was aware of how the blockbuster drug OxyContin drove the opioid-abuse epidemic. He says that, in fact, they even marketed the drug to capitalise on it.

"Many pharmaceutical companies claimed that their opioid medication was not addictive," says Keefe. "They would say that there was nothing wrong with their drug and that the issue was with the poor moral character of the people abusing it. This of course was never the case."

Keefe also explains how the Sackler family built their fortune and the impact they had on medical advertising over the decades. "Although Arthur Sackler died before the introduction of OxyContin - my thesis is that he created a world in which OxyContin could do what it did."

Plus - has the Covid pandemic impacted the public's relationship with Big Pharma? "Absolutely it has," says Keefe, "but we should have a healthy skepticism about the motives of Big Pharma without it leading to people abstaining from vaccinations." The truth is there is no clear way out of the opioid crisis currently, especially in the United States.

"When you look at the legacy of these drugs," says Keefe, "they have brought great relief to some people who suffer from pain but they have also ushered in just an era of addiction and carnage."

Despite many large pharmaceutical companies facing lawsuits and being held to account - many people have already paid the ultimate price. "I hear all the time from parents who've lost children or loved ones," says Keefe, "the costs are incalculable."

"By most estimates the cost of the opioid epidemic in the United States are in the trillions of dollars," Keefe tells Stephen. "It's been a devastating legacy and one that this country is still very much reeling from."

- How can we ensure that the patients who need opioids can still get access to them without facing addiction. Stephen speaks to anaesthetics and pain medication expert Dr Jane Quinlan about whether regulation is the way out of the opioid crisis.