Download
Who is vaccinating the world?
Patrick Rhys Atack 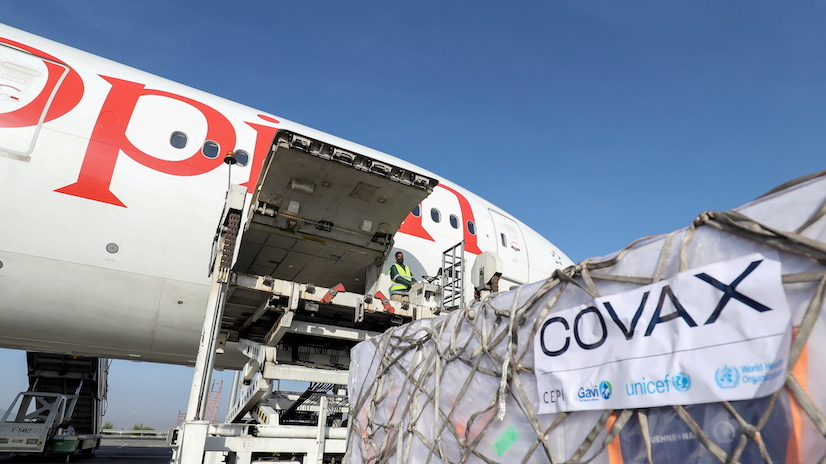 The mission to vaccinate the world's population against COVID-19 is well under way, but questions remain unanswered.

Which vaccines are leading the drive, and which companies or governments are producing the doses needed?

According to Our World in Data, 3.1 billion doses of the vaccine had been administered globally by the start of July.

Crucially, that does not equate to how many vaccine doses have been delivered by producers to countries.

Some key stats - including the target production of drug firms, and the number of injections given - can tell us which countries are doing well at vaccinating their own populations.

But this is about which nation is best vaccinating other nations.

UK Prime Minister Boris Johnson said the effort to vaccinate the world would only be completed "very largely thanks to the efforts of the [G7] countries." But how true is that statement?

The first tool we can use is UNICEF's dashboard for donations to the COVAX global vaccine program. Below are the total doses delivered to the international effort by donor country. 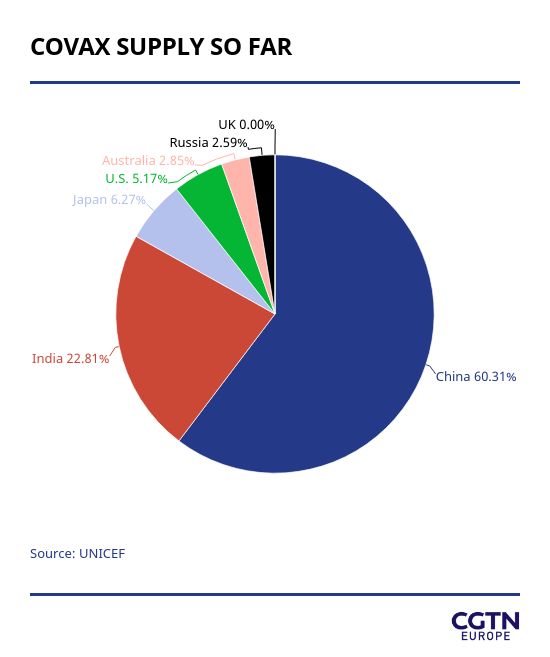 N.B. Does not include donors that are not nations/ governments.

At the recent G7 Leader's Summit in Cornwall each member pledged a certain number of vaccine doses it would donate to other countries. 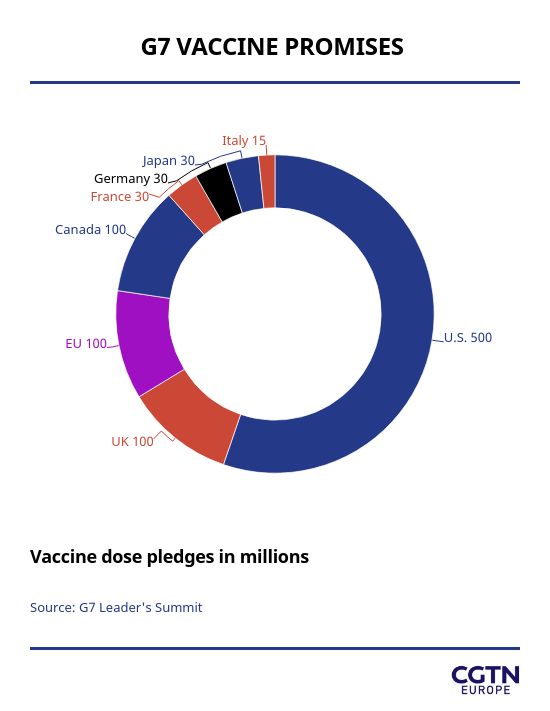 Despite the apparent gap between promises and action, UNICEF said the COVAX program remains "more or less on target" for 2 billion doses by the end of 2021. "Dose donations are helping play a key role in bridging this immediate gap, with over 500 million doses pledged so far for 2021 and 2022. COVAX is working closely with donors to operationalize these pledges into doses delivered to countries with acute need," the global organization added.

"However, short term supply constraints are very much in play due to redirection of India supply and continued challenges manufacturers face in ramping up production at historic speed and scale," UNICEF clarified.

The COVAX effort uses donations from countries around the world to vaccinate nations with less money to buy doses.

Pharmaceutical firms and governments have promised 252,545,450 doses in the first half of 2021, but they are a long way behind.

One major issue has been the huge COVID-19 outbreak in India, which along with its human impact has hindered the international vaccine effort. India's government has redirected millions of doses to its domestic vaccination effort, instead of export to the COVAX program.

There have been other shortages and supply issues with vaccines around the world this year - including the EU taking AstraZeneca to court over its allegedly lacking supply.

This is how many doses vaccine producers (the companies or joint efforts which developed the jabs) said they are aiming to produce before the end of 2021.

But looking at order books - and comparing the requested numbers with those which have actually arrived - it's clear there's a large gap to fill. 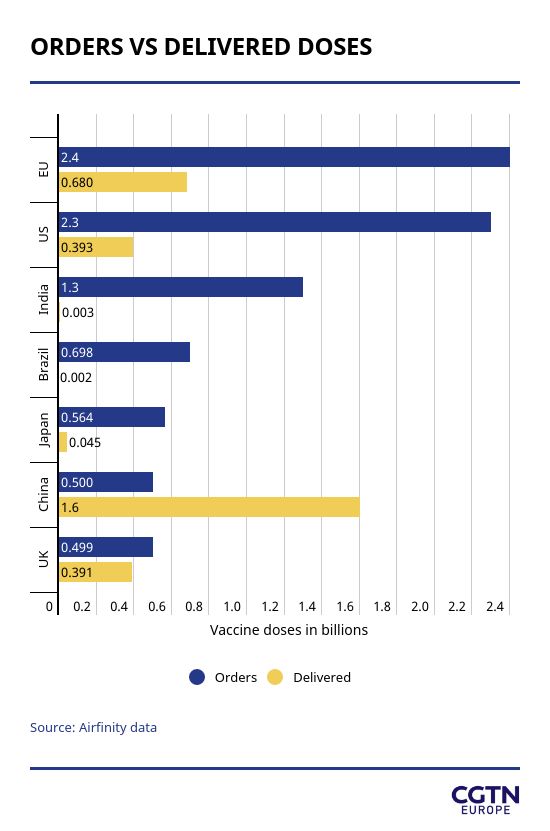 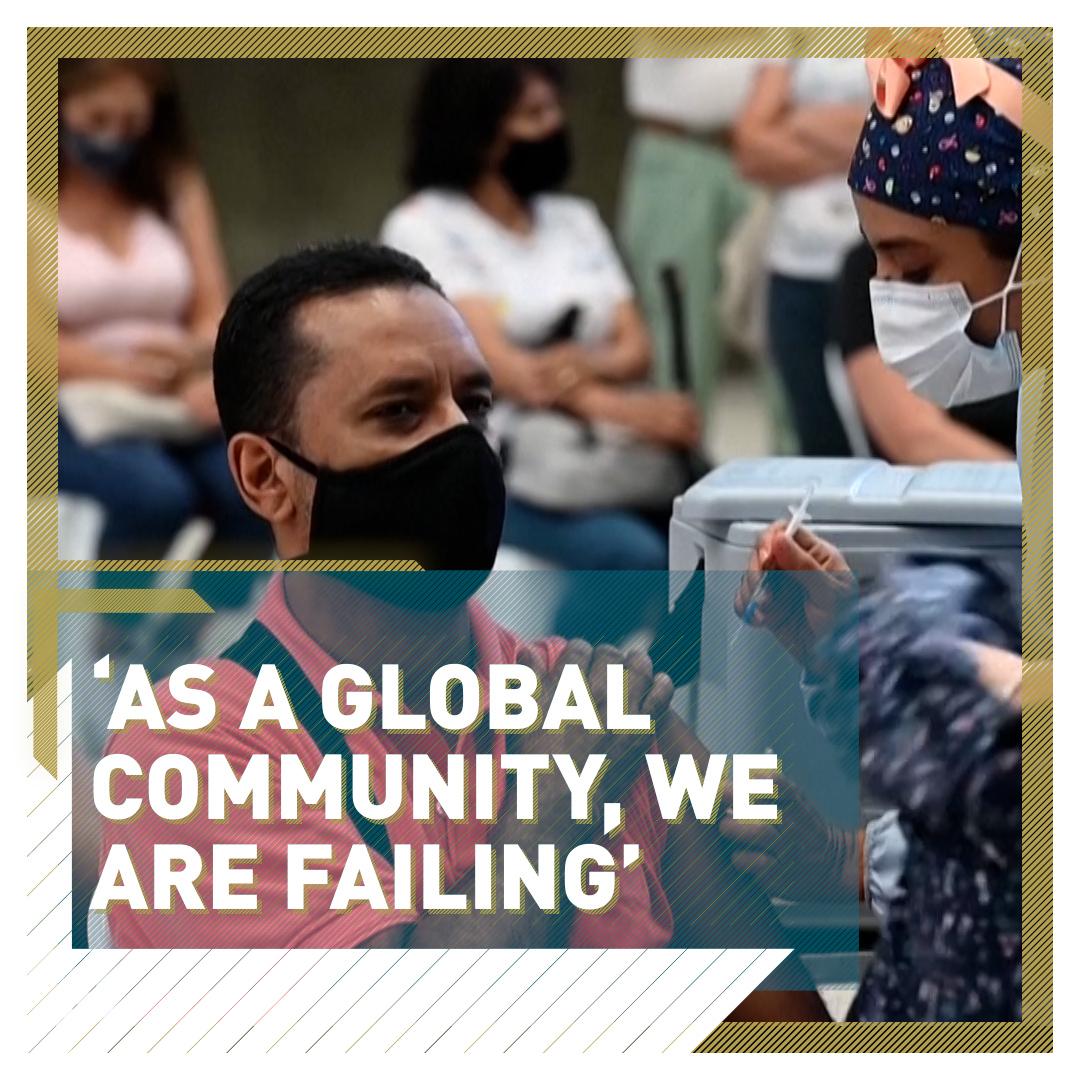 Is there a global vaccine shortage?

On a basic level, yes. There are not enough COVID-19 vaccines for the global population, and vaccination is unequal between nations. Some nations have focused on vaccinating their own populations, and sending unused doses and cash to the global vaccine mission.

The WHO has helped put together deals to supply nearly 2 billion COVID-19 vaccine doses to poorer countries during 2021, via its COVAX scheme.

But supplies have slowed down, or dried up completely, as a result of production issues and countries using vaccines they have bought on their entire populations before getting round to donating doses.

At the end of May 2021, 1.7 billion vaccine doses had been produced. It's estimated at least 10 billion are needed. That number represents 75 percent of the global population over 5 years of age (as younger people do not need the jab).

Although production has increased around the world, only 3 billion vaccines have been given globally.

That includes more than 1 billion jabs given in China, and more than 300 million in both the EU and the U.S.

But according to Airfinity, an analysis firm based in the UK, there will be 2.6 billion spare doses by the end of 2021. The majority of these will be held in just 6 areas, according to production and delivery schedules.