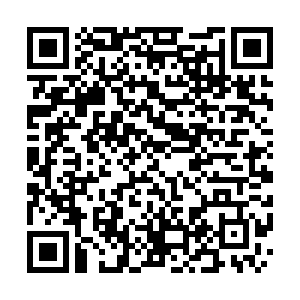 We've all folded up pieces of paper into plane-like shapes and thrown them at some time in our lives.

But what if you could learn the secrets to being the best there is? To be able to make them so they go further than your friends' efforts, or glide in the air for longer. And what about the science behind them? How does a piece of paper transform from something you might write on, to something that can fly? And could that science even help make the world a better place?

Lazar Krstic was the best-ranked European at the most recent Red Bull Paper Wings event – basically the world championships for paper planes.

Like most young children, the Serbian mechanical engineering graduate made paper planes for fun, but he didn't start taking it seriously until he was 16 and he heard that there was going to be a paper plane contest in his home city. He didn't make the cut that time, but by the time the contest came round again in 2019 he was ready.

Not only did he win the regional and national contests, but he finished second in the world finals of the competition in Austria, throwing his "dart plane" more than 52 meters - that's the width of 20 of London's famous double-decker buses.

"The first time I got interested in paper planes was when I was five years old - getting the paper planes that go in circles and back to your hand - so at first, distance was not something that got me interested," he says.

But the problem with the glider category at the adult championships is that they can be inconsistent – one glorious glide through the skies can be followed by a less impressive hurtle to the floor.

So when it came to the competition, Krstic decided that maximizing distance was the best option and he focused on what are called dart paper planes. As the name suggests, they are shaped a bit like a dart but made out of paper. 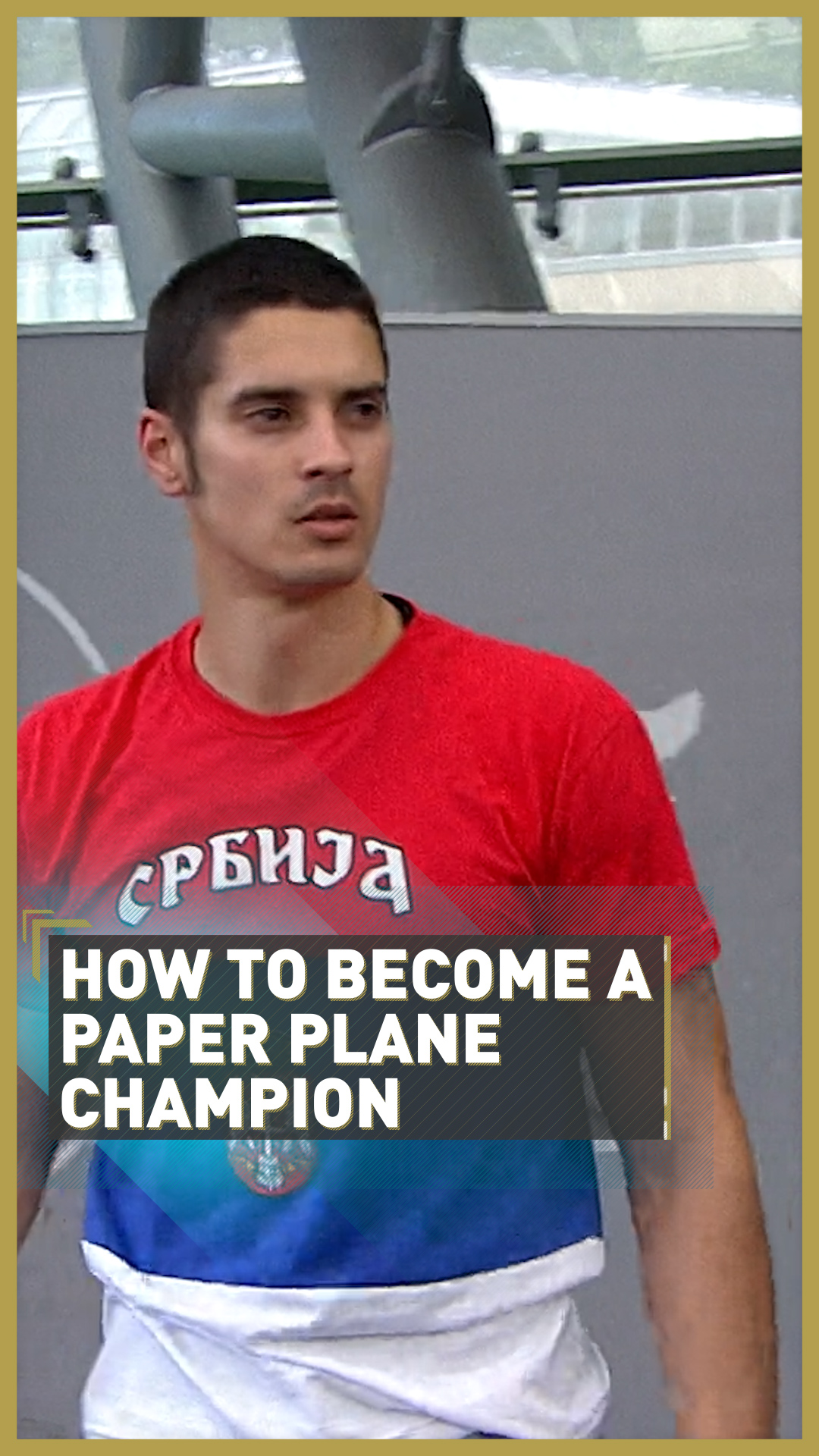 The paper plane competitions have strict rules. Nothing can be added to the carefully weighed sheet of paper used to make the plane and no holes can be made in it either. So the trick is to come up with the best design for the plane and then to make it as precisely as possible.

The top end of the paper plane world is a long way from the simple structures many of us made as young children (or as parents of young children).

Fortunately, Krstic has produced a how-to video guide to making a dart plane and a glider plane, to help all paper plane fans spread their wings, as it were.

So, before we get on to the science of paper planes, here's Krstic's guide to making a really good paper plane for throwing a long way: 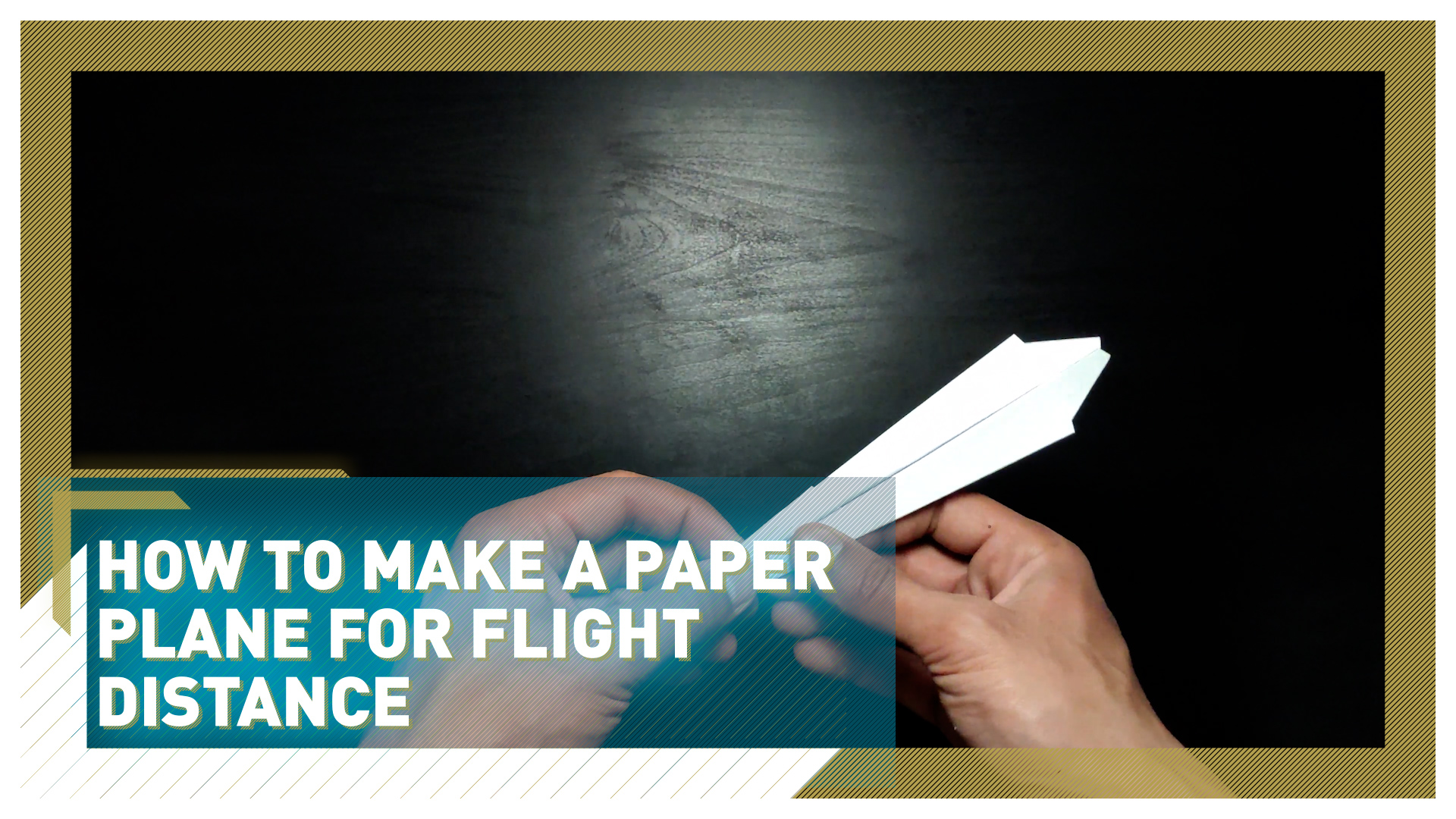 And here is his guide for making a really good paper plane for gliding and staying in the air for longer: 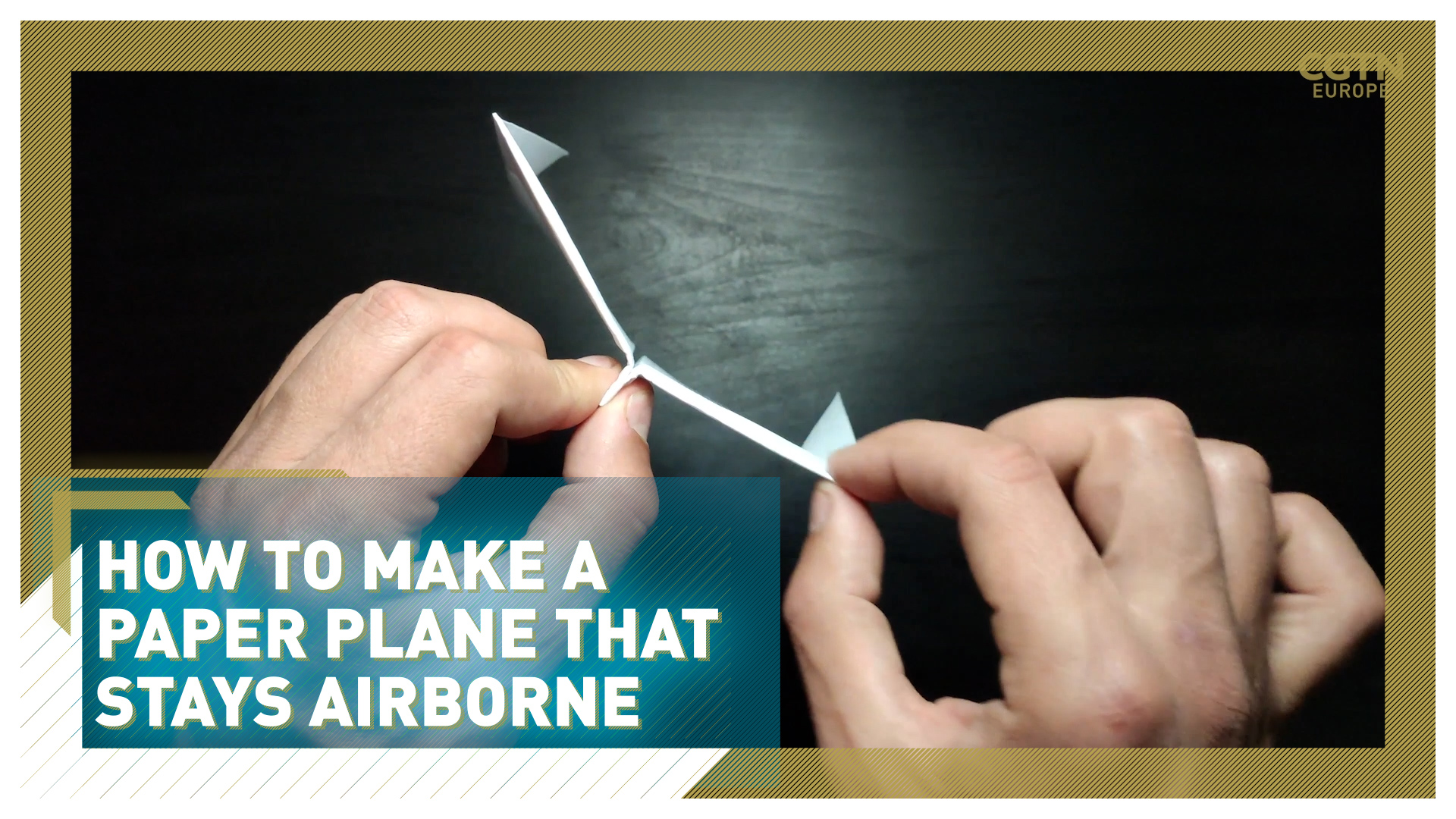 So now you know how to make the perfect paper plane

But that does not make you a champion yet. Krstic has two key pieces of advice:

- Throwing technique – with a dart plane you have to throw it like a javelin, or somewhere between the technique for a baseball pitch and a javelin throw.

- Strength – this isn't everything, but Krstic thinks that a few weeks at the gym before the contest added around 10 meters to the distance he could throw.

What about the science? We all know the story about how science tells us that bees should not be able to fly.

Bees would have been one option to study – despite what that science tells us, he explains, they have "two pairs of wings that are working together and creating a complex system of vortexes that makes them fly."

But, adds Schluter, "that is very difficult to copy if you want to build a small aircraft."

"That's why we had a look at the paper airplanes, because they're flying already quite well."

"And so we had a look and we saw that most of them actually use a Delta Triangle form for their wing. And that is something that you usually find in very fast jets, for example, and supersonic jets," Schluter added. 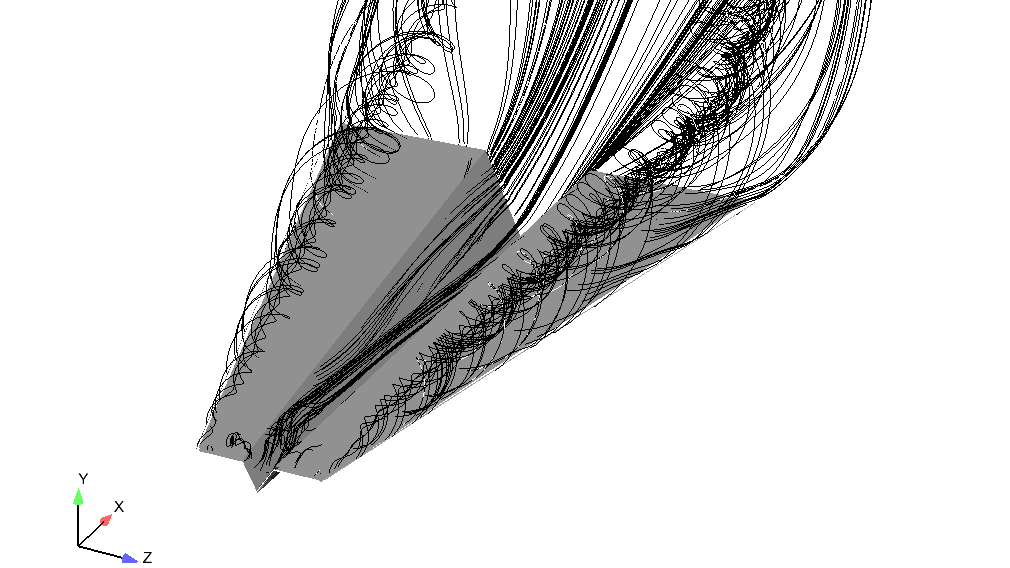 The aerodynamics of a paper plane. /Jorg Schluter

The aerodynamics of a paper plane. /Jorg Schluter 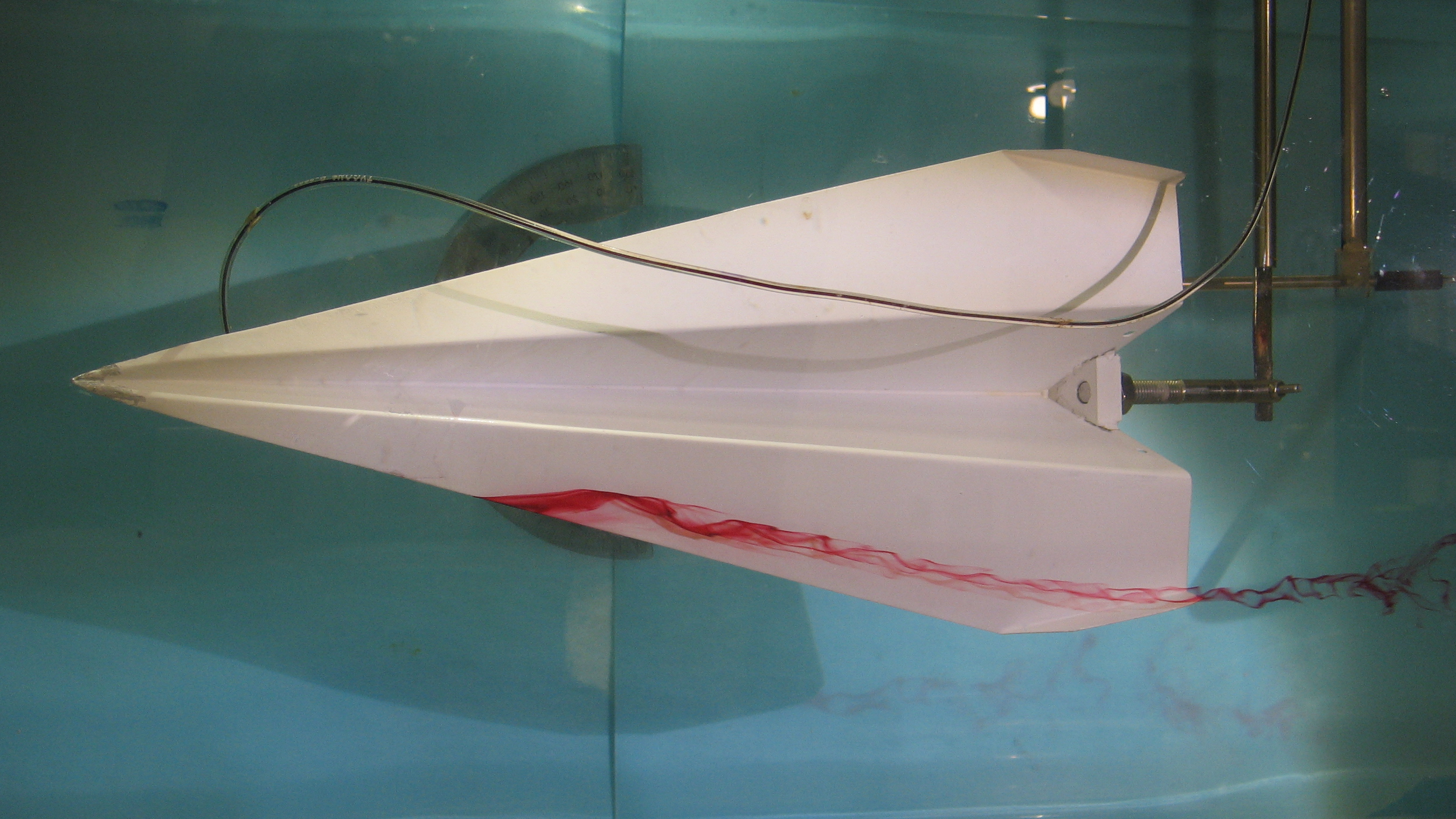 They decided to do some experiments to find out more, so they folded a piece of metal like an airplane and put it in a water tunnel to visualize what happens when it flies.

As you can see from his pictures above, and computer animations in the video below, the water tunnel shows the vortex being created by the shape of the wings - basically, it means there is lower pressure on the top of the wing, which helps planes to fly.

"That has been known quite a long time. But to see that this actually works very well at these small scales is very, very interesting," Schutler adds.

What about the bits that are often added on the wings of paper planes that stick up in the air? What is their role?

"Those are not for aerodynamics - they are more for the stability of the aircraft, to make sure that it goes straight rather than veering to the left or right," he explains.

It means that if you have a gust on the plane pushing it to one side, they make it like an arrow that pushes it back to the direction that you originally shot it.

Their original goal was to use what they learned to create very small aircraft - but the trend for quadcopters (small drones) meant they had to have a rethink. And that's where we discover a possible very positive spin-off for the environment...

By chance, they were doing a project on wind turbines at around the same time as the paper plane study.

So the thought came about: why not test making the panels on a mini-wind turbine in the shape of a classic paper plane?

"It has the advantage that it works very well at small scales on smaller wind turbines - it was about twice as much power and was working for very low wind speeds. That was the interesting part - that it was essentially gaining power," Schluter explains.

The advantage gained by this design only works at small scales and the design has been patented for small wind turbines that could be used for individual homes or farms, for example. 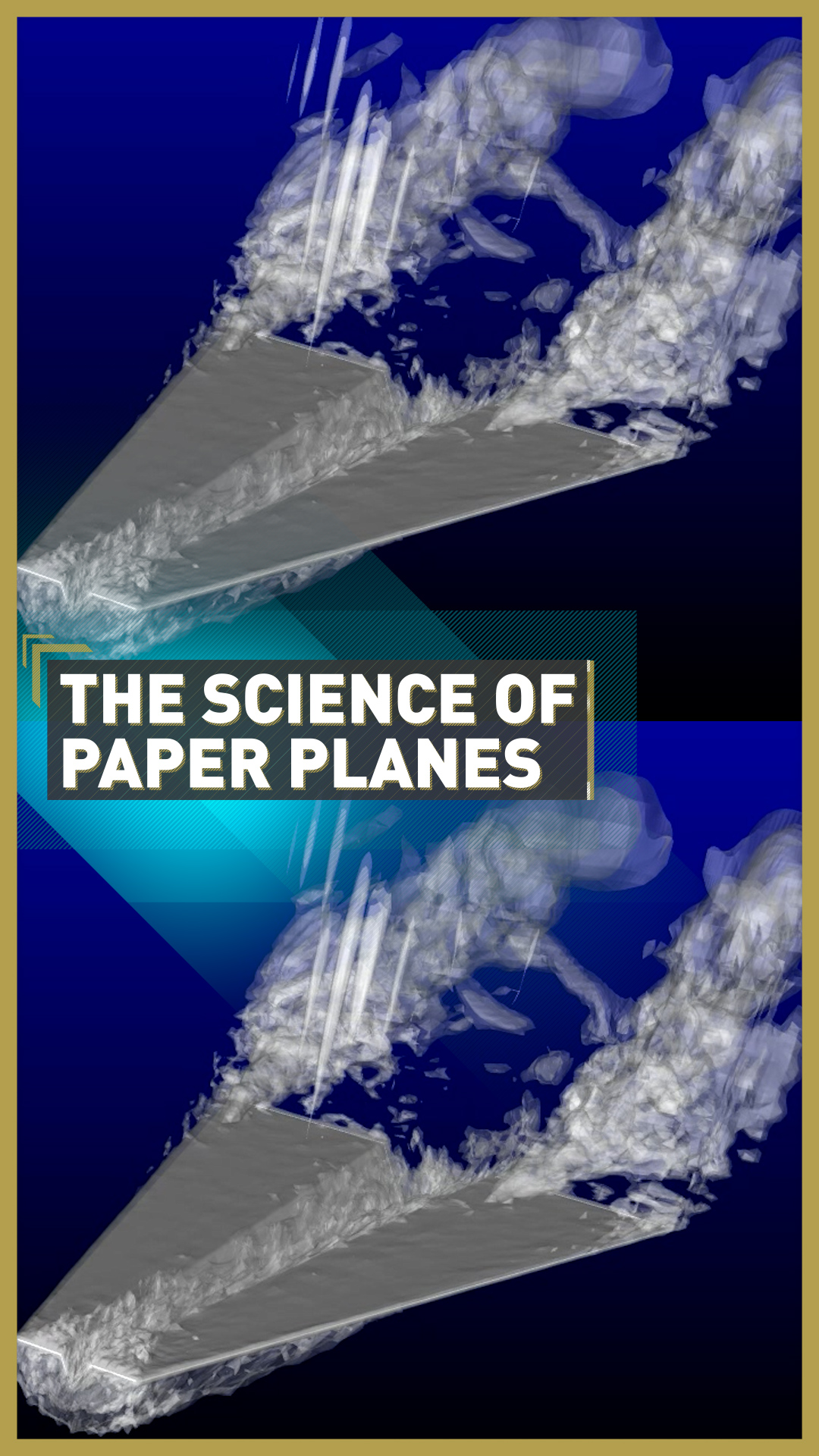 You can find out more about Schluter's research on wind turbines here.

But let's get back to paper planes.

As an aerospace expert with a love of paper planes (he has had his students making and throwing their own as part of the practical side of their studies), what are Schluter's top tips for a paper plane design?

I think keep it simple. It is very important to be very precise, when you're folding the airplane. The second thing is that if you want to keep it in the air for longer, it's better to be flying straight. So the winglets at the side, need to also be very precise, and then, of course, trying to keep the wing as large as possible.

One last question for the academic with a track record spanning universities in Europe, the U.S., Asia and now Australia - how did he end up producing research on paper planes?

"I was working on aerospace engineering and I was always interested in aircraft and other things and model airplanes. But everybody has, at some point, made some paper airplanes.

"So it was just a professional interest that we saw there wasn't much known, or research being done, on them. And some results came out of it that were a little bit unexpected, so, I think, it shows that it was worth having a look at them on a more academic basis."

That could be a bit of an understatement if it inspires a new generation of mini wind turbines that generate more energy and help make the world a better place.

It is also some pretty good consolation the next time you or your child sighs as that lovingly made paper plane fails to soar as high as hoped.