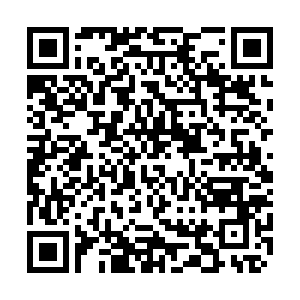 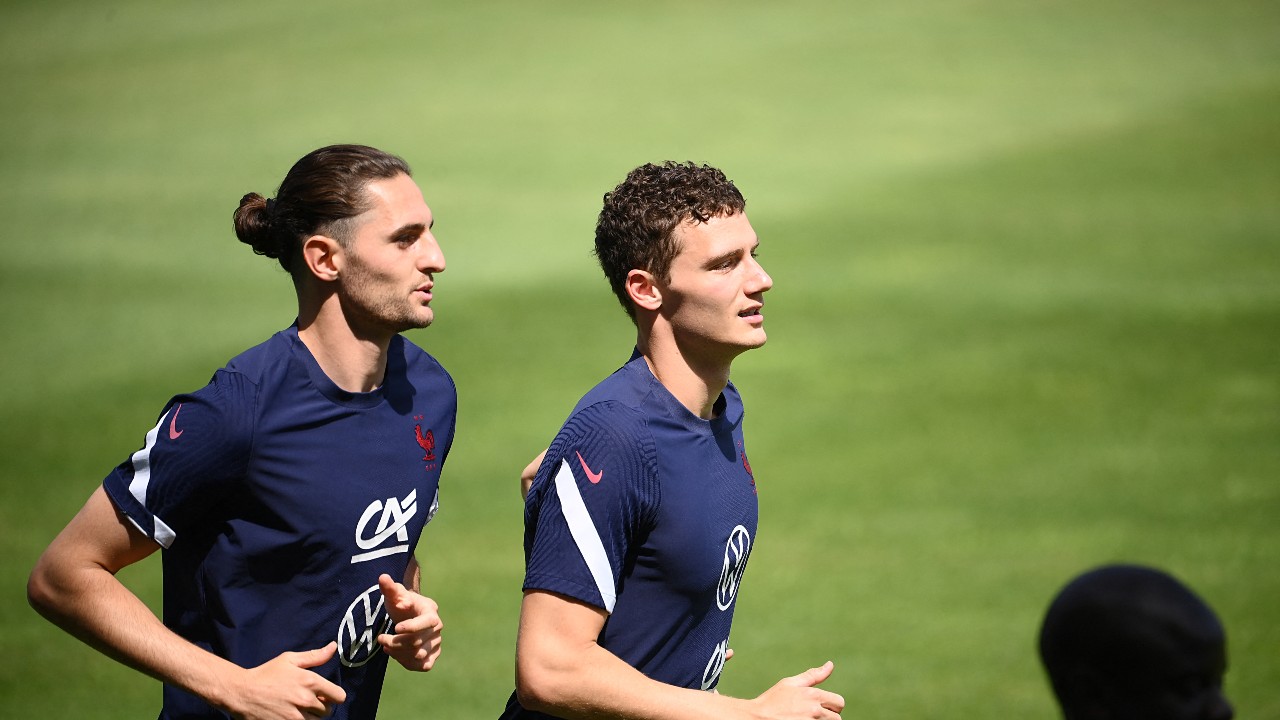 France defender Benjamin Pavard (R) in training on Wednesday. UEFA has asked France about the incident in which he lost consciousness but stayed on the pitch. /Franck Fife/AFP

France defender Benjamin Pavard (R) in training on Wednesday. UEFA has asked France about the incident in which he lost consciousness but stayed on the pitch. /Franck Fife/AFP

• Slovakia defender Denis Vavro and a staff member have tested positive for COVID-19. Head coach Stefan Tarkovic said both were asymptomatic and feeling well. Vavro becomes the eighth player at the tournament to test positive.

• Christian Eriksen, who collapsed with a cardiac arrest during Denmark's Euro 2020 opener against Finland, will have a heart-starting implantable cardioverter-defibrillator (ICD) fitted. The ICD, a type of pacemaker, can prevent fatal cardiac arrests by discharging a jolt to restore a regular heart rhythm.

• Belgium will kick the ball out of play in the 10th minute of today's game against Denmark to take part in a minute's applause for Eriksen. "We'll put the ball into touch to applaud," said striker Romelu Lukaku, a club team-mate of Eriksen.

• Governing body UEFA has contacted the French Football Federation to find out why Benjamin Pavard carried on playing against Germany on Tuesday despite losing consciousness briefly. UK brain charity Headway says the handling of the incident was "sickening to watch."

• UEFA is investigating reports of a homophobic banner at Tuesday's Hungary-Portugal match in Budapest after images circulating on social media were picked up by anti-discrimination group Fare.

• Slovakia midfielder Lukas Haraslin said his multilingual skills helped foil Poland's tactics on Monday. The midfielder, who learnt Polish while playing in the country, overheard a tactical discussion – and when opponents switched to speaking in French he understood that, too.

• Switzerland's first-choice goalkeeper Yann Sommer could miss his team's vital clash with Turkey on Sunday after leaving the squad to attend the birth of his second child.

• France defender Raphael Varane said the squad members decided not to take the knee before games because the players feel the anti-racism gesture no longer "has the same meaning that it did at the beginning."

• Russia defender Mario Fernandes has been cleared after fears he had suffered a spinal injury during Wednesday's 1-0 win over Finland. The full-back was stretchered off after falling on his back and neck during an aerial duel, but a statement said scans show he "does not have a spinal injury."

• Coca-Cola's market value dropped by $4 billion after Cristiano Ronaldo brushed aside bottles of the drink during a press conference. The share price fell 1.6 percent from $56.10 to $55.22 soon after the Portugal captain moved the bottles and pointedly waved his own water. 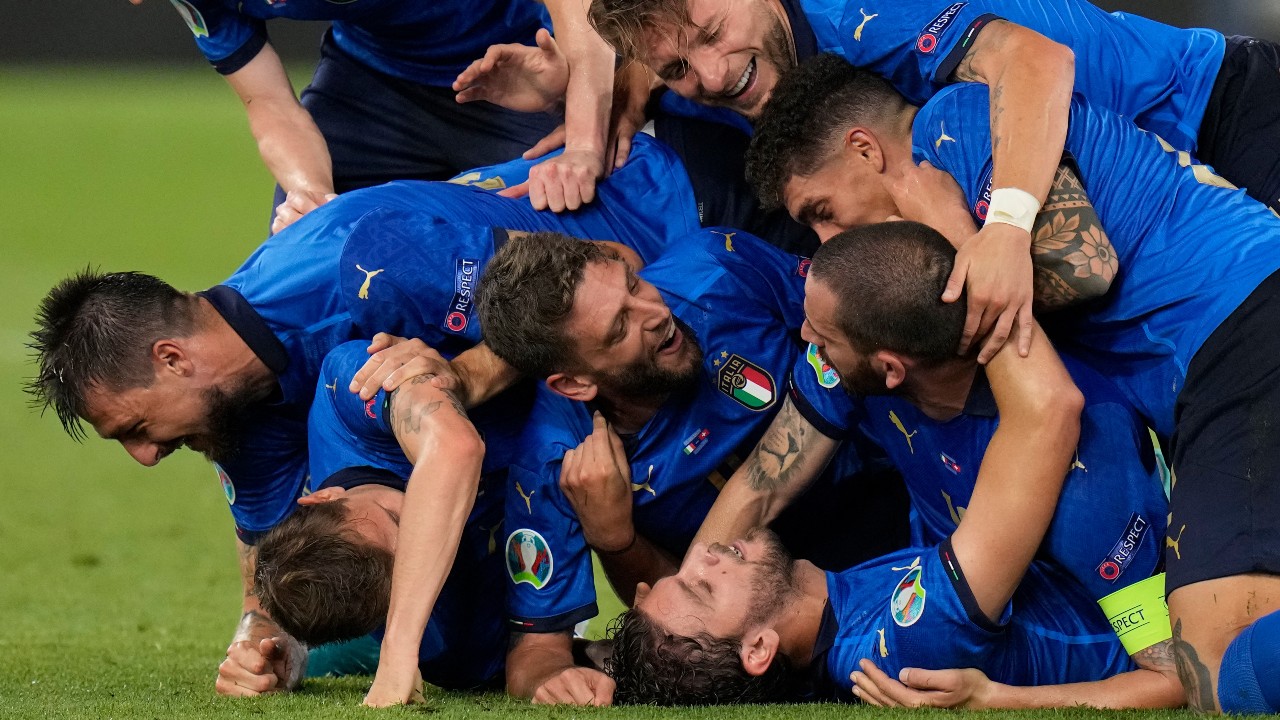 Tournament debutants Finland looked at one stage like becoming the first qualifiers for the knockout rounds, but succumbed to their eastern neighbors.

The Finns, who beat Denmark 1-0 on Saturday, thought they had gone ahead in Saint Petersburg – but Joel Pohjanpalo's muscular first-half header was ruled out for offside.

Instead, Aleksey Miranchuk's curling finish put Russia ahead in first-half injury time, setting up a win which leaves both teams level on three points with a game to go.

Wales took a huge step toward the knockouts by beating Turkey in Baku – despite captain Gareth Bale blazing a penalty over the bar.

The result means Turkey cannot catch Wales, while Switzerland's loss to Italy means the Swiss would need a five-goal swing in the final matches to unseat the Welsh from second spot.

Italy swept into the knockout rounds with a second successive 3-0 dismissal of a Group A rival.

Midfielder Manuel Locatelli scored twice, first a tap-in to conclude a move he had started in the centre circle, then a well-hit strike from the edge of the area. Ciro Immobile's late long-range drive sealed the deal.

Unbeaten in 29 games, Roberto Mancini's side has now won 10 successive games without conceding a goal in 15 hours, while scoring 31 goals.