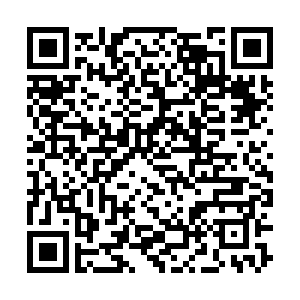 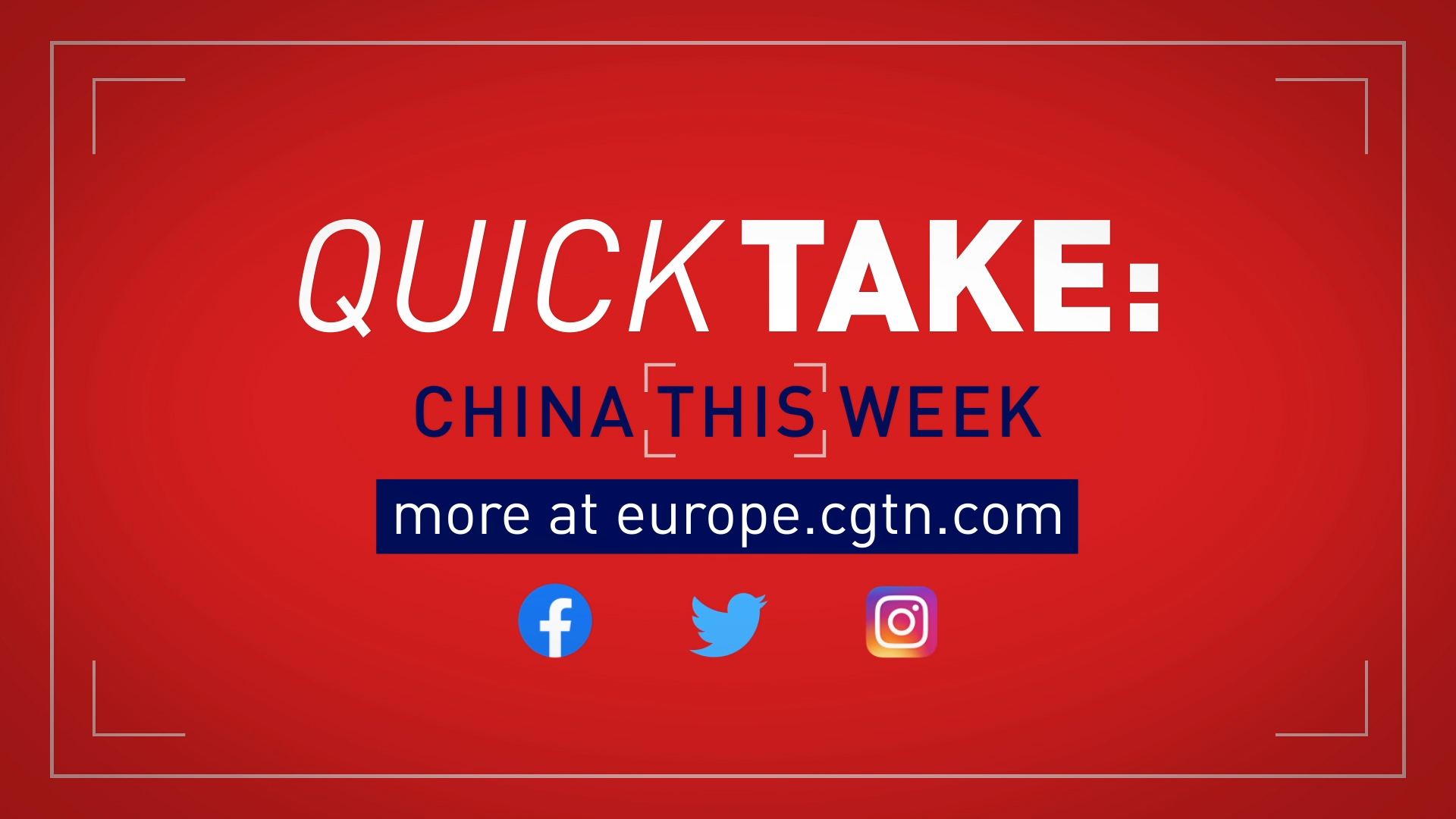 1. Why the world has fallen in love with China's wandering elephants

More than 400 people and 14 drones were deployed by local Chinese authorities on Monday to try to lead a herd of 15 wandering elephants away from residential areas in the southwest of the country.

Authorities have been tracking the elephants ever since they left their nature reserve in 2020. They have caused more than $1 million worth of damage but their journey has gone viral and the world has been watching with interest.

2. Over 1,100 arrested in cryptocurrency crackdown

Cryptocurrencies have become a popular means of payment in illegal gambling activities and police officers conducted a huge operation to simultaneously arrest 1,100 people suspected of laundering money in this fashion. The arrests came as authorities in China step up their crackdown on cryptocurrency trading. Last month, three industry bodies banned crypto-related financial and payment services, and China vowed to clamp down on bitcoin mining and trading. 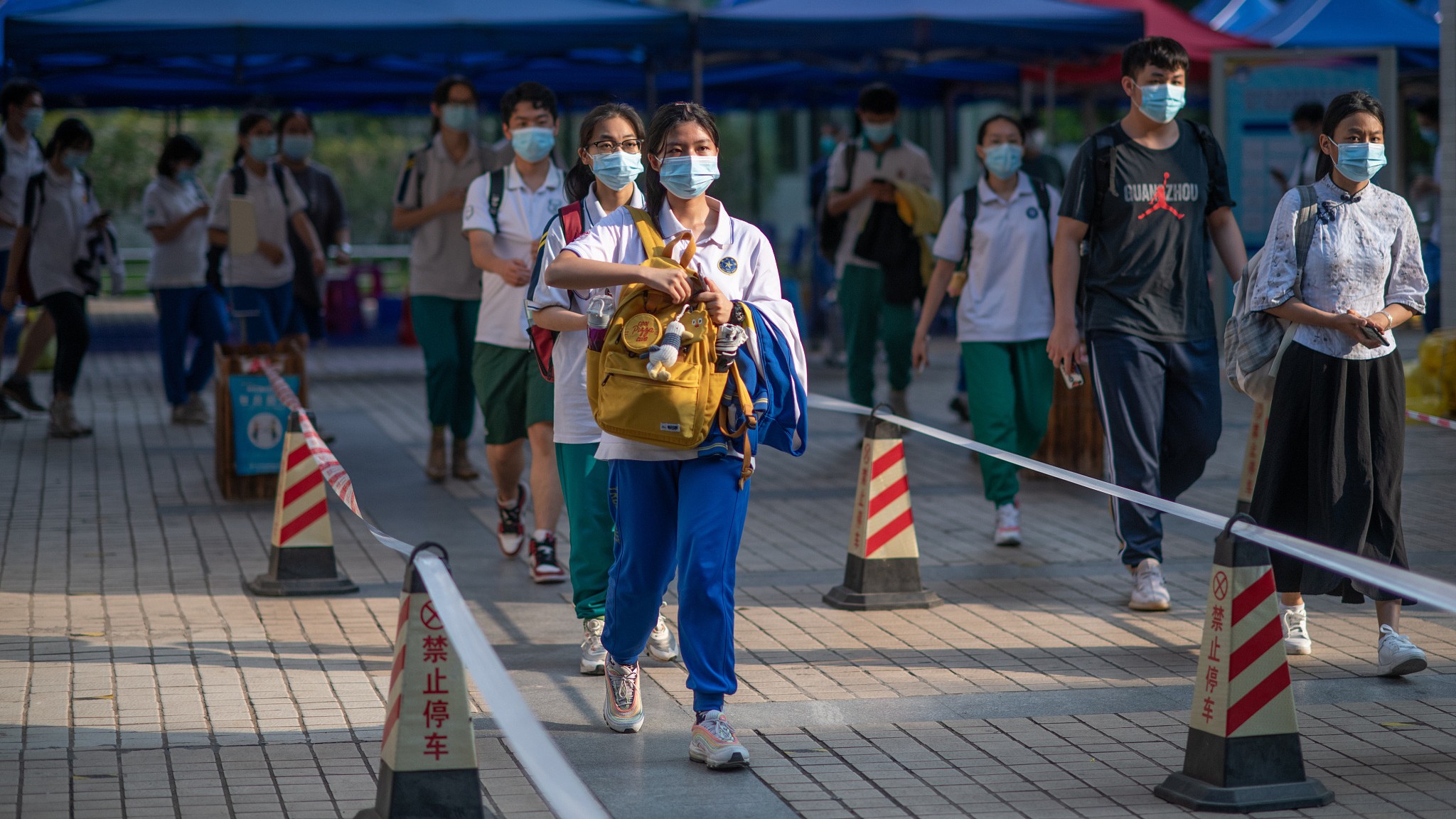 The gaokao is the most important exam for Chinese secondary school students, as the results are used to determine college admissions later this year.

4. Manufacturing price index surges 9% in May

China's producer price index, which measures costs for goods at the factory gate, surged 9 percent year-on-year in May, the National Bureau of Statistics said on Tuesday.

The cost of manufacturing has risen since the beginning of the year on the back of recovering domestic and global demand. Analysts have attributed the increase partly to higher commodity and raw material prices.

The remains of a Great Wall castle dating back to the Ming Dynasty (1368-1644) have been discovered in northwest China's Shaanxi Province, the Shaanxi Academy of Archaeology said Tuesday.

Architectural relics, including two courtyards, were found at the remains of the Qingpingbao castle, located near Yulin City.

The law is to provide "legal support for countering hegemonism and power politics, and safeguard the interests of the country and the people," said Li Zhanshu, chairman of the NPC Standing Committee, when the law was adopted.

The grace of dripping water should be reciprocated by a gushing spring
-  Wang Jianjun, China's National Health Commission on the offering of aid to Cambodia

The announcement of the coveted Magnolia Awards during a 90-minute gala brought the curtain down on the Shanghai TV Festival (STVF) on Thursday.

Cambodia awarded seven Chinese medical experts friendship medals during a ceremony held at the Cambodian embassy in Beijing on Friday.

The Chinese medical experts arrived in Cambodia on March 23, 2020, becoming the first batch sent to an ASEAN country by Beijing. Staying in the Southeast Asian nation for 15 days, they helped the country in its battle against COVID-19.

The seven-member team joined local experts to visit hospitals, communities, companies and military camps. They evaluated the situation of the virus, offering training and China's experience on epidemic prevention and control.

China's Wu Xinghan celebrates his spectacular goal from a tight angle during the team's 2022 World Cup qualifier at the Sharjah Football Stadium in the UAE. /CFP

China's Wu Xinghan celebrates his spectacular goal from a tight angle during the team's 2022 World Cup qualifier at the Sharjah Football Stadium in the UAE. /CFP

The China National Space Administration on Monday released the first high-definition image of the Tianwan-1 Mars probe's landing site on the Red Planet.

The photo was taken by a high-definition camera on the orbiter of Tianwen-1. As of Sunday, the Zhurong rover has been working on the Mars surface for 23 days, conducting scientific explorations.

Wu Lei provided the buoyancy and Wu Xinghan the ruthlessness in front of goal on Monday night as China's national football team clinched the victory it needed to bolster chances of advancing to the third round of Asian qualifiers for the 2022 Qatar World Cup.