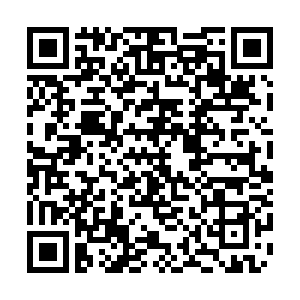 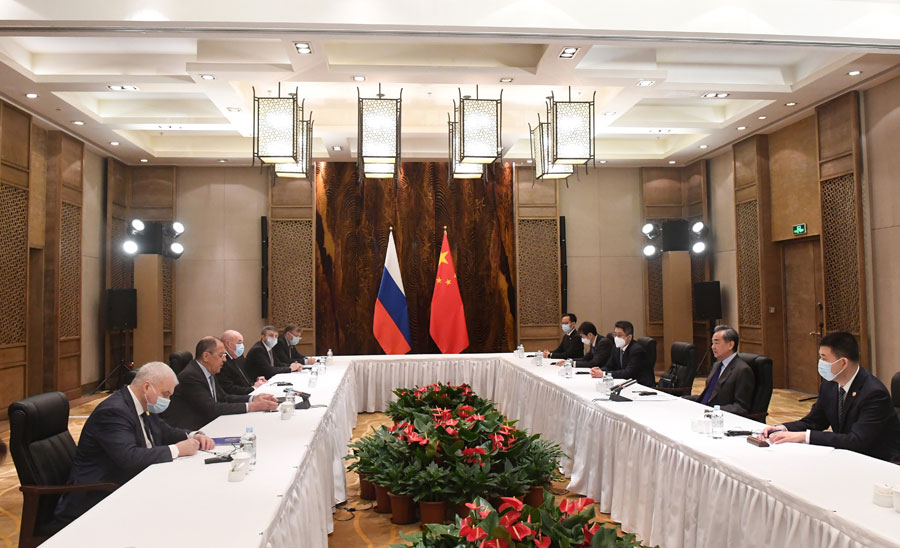 Wang said the all-weather China-Russia comprehensive strategic partnership of coordination for a new era has withstood numerous changes in the international landscape, emphasizing that China and Russia have always firmly supported each other on issues concerning their core interests.

Wang noted that the guidance of the heads of state is the fundamental guarantee for bilateral relations to develop in a steady and sustained way and enjoy long-lasting vitality.

He urged the two sides to focus on the 20th anniversary of the signing of the China-Russia Treaty of Good-Neighborliness and Friendly Cooperation, prepare for upcoming key high-level exchanges, fully implement the important consensus reached by the two heads of state, and advance cooperation in various fields in a coordinated manner in the post-pandemic era.

The two sides should work to translate their high-level political mutual trust and traditional friendship into more cooperation achievements, aiming for an ever closer and down-to-earth relationship and setting a fine example of developing a new type of relations between major countries, Wang said.

Noting the all-round China-Russia comprehensive strategic partnership of coordination for a new era, Wang said that both sides should make joint efforts to continuously expand mutually beneficial and win-win cooperation in various fields.

Since the beginning of this year, bilateral pragmatic cooperation has got off to a good start and moved forward despite headwinds, demonstrating a strong momentum of development, he said.

Bilateral trade volume exceeded $40 billion in the first four months, up by 19.8 percent year on year and on track to a record high for the whole year, he added. 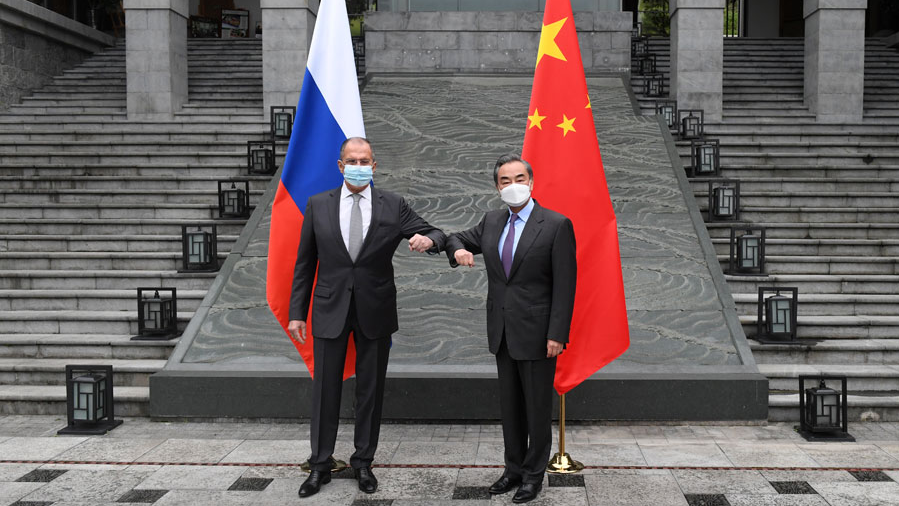 Recalling that the construction of four nuclear power units started smoothly not long ago and that the two sides reached a consensus on building an international lunar research station, Wang said these major achievements have become important symbols of China-Russia all-round cooperation.

China and Russia have made remarkable achievements in jointly fighting the COVID-19 pandemic, setting a good example for global anti-virus cooperation, Wang said, while cautioning against complacency in the face of a new wave of virus transmission.

The Chinese diplomat called on both sides to further expand professional and technical cooperation in COVID-19 pandemic prevention and control, strengthen coordination between the two countries' professional departments over unified testing standards, data and information sharing, joint scientific research, border pandemic prevention, and control, as well as mutual recognition of health certificates for international travel, and jointly respond to challenges in the post-pandemic era.

Wang said that Russia has upheld justice on international and multilateral occasions to support China's legitimate position, in response to a smear campaign against China by the United States and some other Western countries and their gross intervention in China's internal affairs by manipulating human rights-related topics.

Wang recalled the virtual meeting of foreign ministers of the BRICS countries days earlier, saying China highly appreciates that during the meeting, Lavrov once again spoke up for China on the issue of coronavirus origin-tracing, slamming the U.S.-led West for fabricating lies and slandering.

He stressed that China will also provide full political support for Russia to safeguard its own legitimate rights and interests.

The United States has sought a clique under the guise of democracy, meddled in other countries' internal affairs under the pretext of human rights, and pursued a path of unilateralism in the name of multilateralism, Wang said. 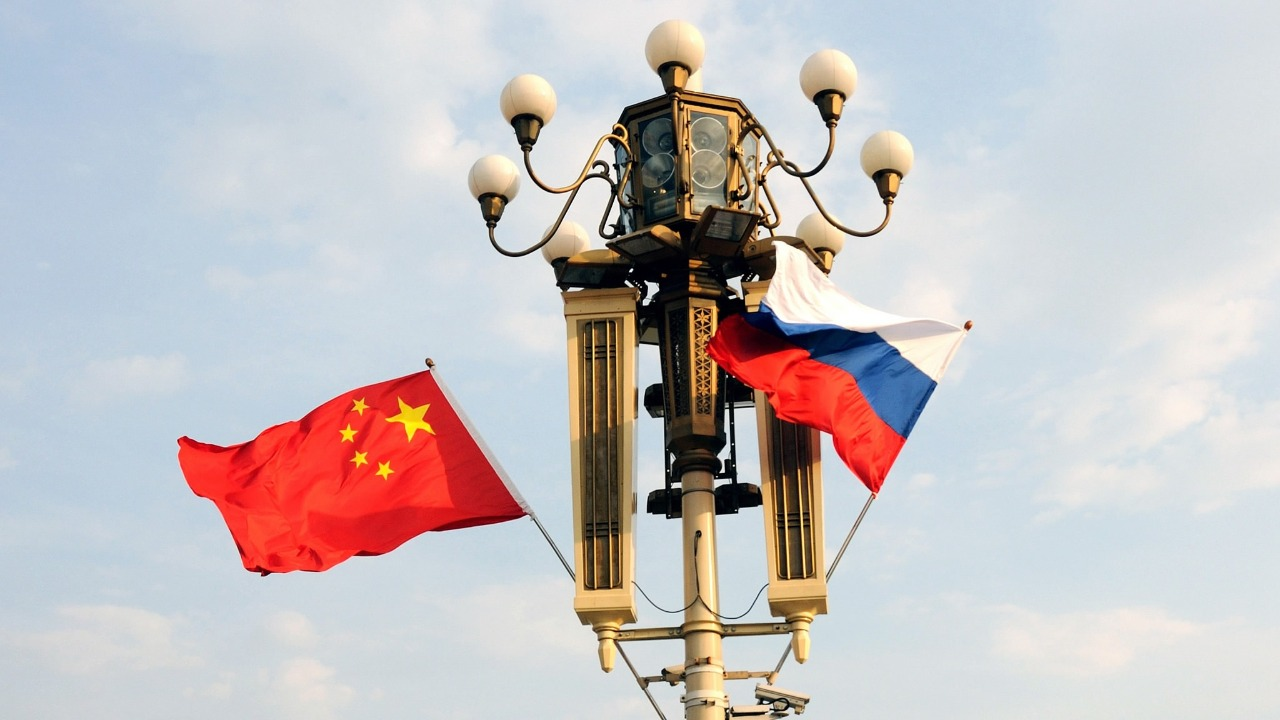 Wang Yi also said that China and Russia, as responsible major countries and permanent members of the UN Security Council, should jointly resist U.S. intervention in other countries' domestic affairs using human rights as an excuse and also its promotion of unilateralism under the name of multilateralism. The two countries should also unyieldingly protect the international system with the UN as its core, and international order on the basis of international law.

For his part, Lavrov said that the Russia-China comprehensive strategic partnership of coordination for a new era has advanced vigorously and achieved fruitful results, and the Russian side is satisfied with the high level of the two countries' relations.

Lavrov noted a series of activities held by both countries to mark the 20th anniversary of the signing of the Russia-China Treaty of Good-Neighborliness and Friendly Cooperation, saying they will further solidify public and social support for the friendship between the two countries.

Russia will work together with China to earnestly implement the consensus reached between the two countries' heads of state, support efforts to synergize the Eurasian Economic Union and the Belt and Road, and proactively advance bilateral cooperation in various fields, to add new dimensions to Russia-China good neighborliness and friendship, he added.

Facing the severe challenges of the pandemic, Russia hopes to strengthen anti-virus cooperation with China, optimize the customs clearance process, speed up the transportation of goods, and jointly enhance the safe and efficient operation of ports, to boost economic recovery, Lavrov said.