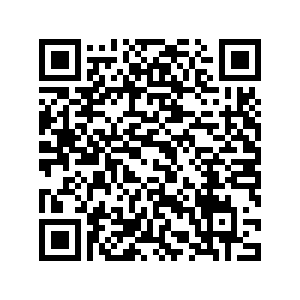 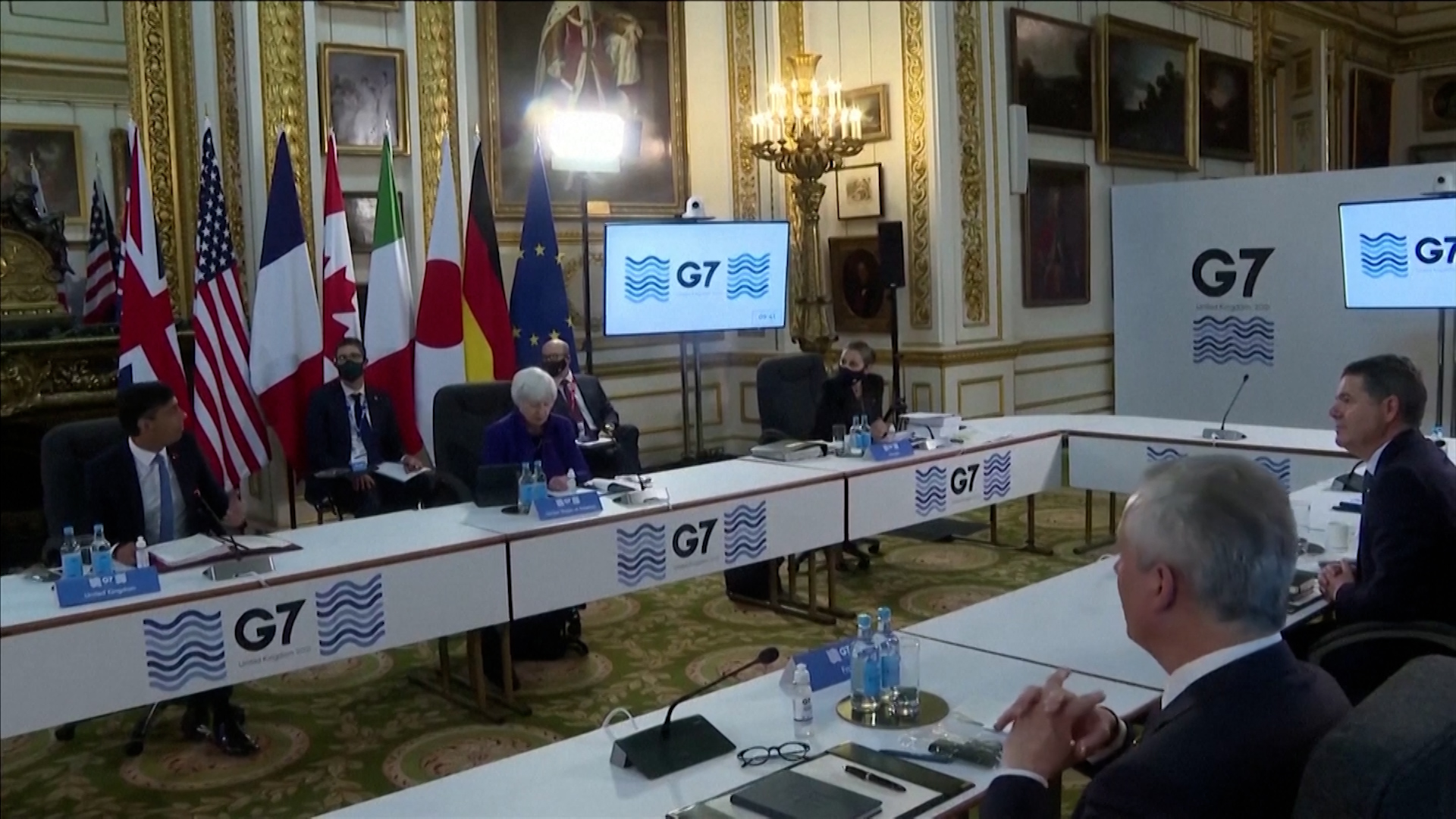 The Group of Seven (G7) nations have agreed to a historic deal that fixes the global minimum corporation tax for large firms at 15 percent.

Finance ministers from the group of rich nations have been meeting in London to secure a deal that would get multinational companies, including tech giants such as Amazon, Google and Facebook, to pay more tax.

Many major firms have set up bases in jurisdictions with lower tax rates, which the group said it wanted to crack down on.

UK chancellor Rishi Sunak, who chaired the meeting, said the move would mean "a fairer tax system fit for the 21st century."

He said the agreement followed "years of discussions" and would mean "the right companies pay the right tax in the right places."

According to UK's Treasury, "The rules would apply to global firms with at least a 10 percent profit margin and would see 20 percent of any profit above the 10 percent margin reallocated and then subjected to tax in the countries they operate [in]."

That means money raised from UK or French users, for example, will be taxed in those countries and can be spent on public services by governments. 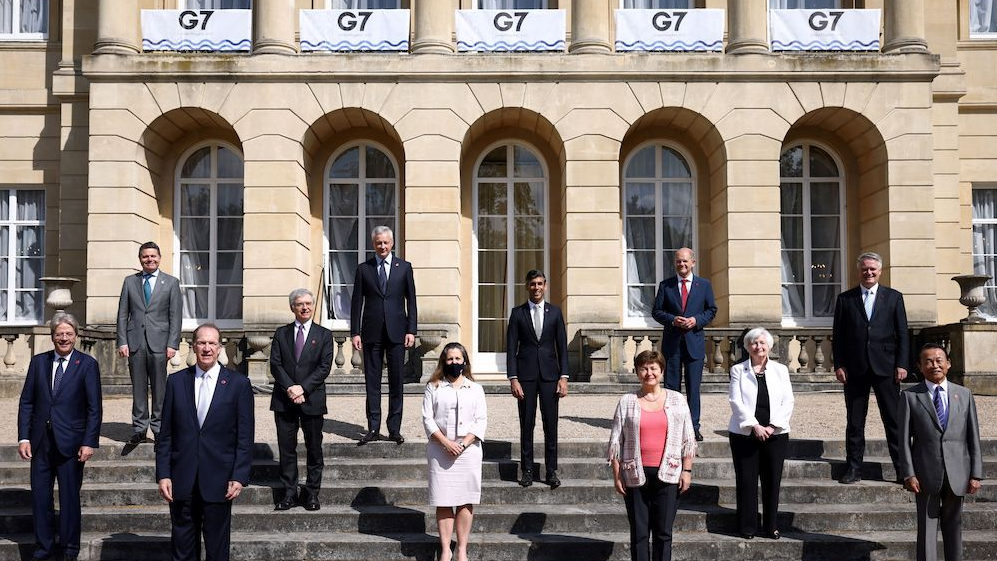 The G7 ministers and other invited guests in London ahead of the summit. /AFP

The G7 ministers and other invited guests in London ahead of the summit. /AFP

Previous attempts to introduce a minimum tax rate have faced strong opposition from the United States in particular, which is home to most of the global digital giants.

But U.S. Treasury Secretary Janet Yellen was one of those who signed the agreement in London. It shows the new Biden administration's willingness to increase taxes on big business.

Most tech giants have also previously pushed back against the plans. Given that digital services usually cross international borders, they have argued that quantifying taxes could be difficult.

Some other nations may also lose out if a global minimum rate is enforced, such as Ireland and Hungary that have benefited from their low-tax statuses.

There will also be challenges from a practical perspective. The UK government said the global minimum tax would "be operated on a country-by-country basis."

The G7 has a lot of economic clout, representing around half of the world's economic output. But unless it has far broader support, the effect of this "historic agreement" could be severely limited.