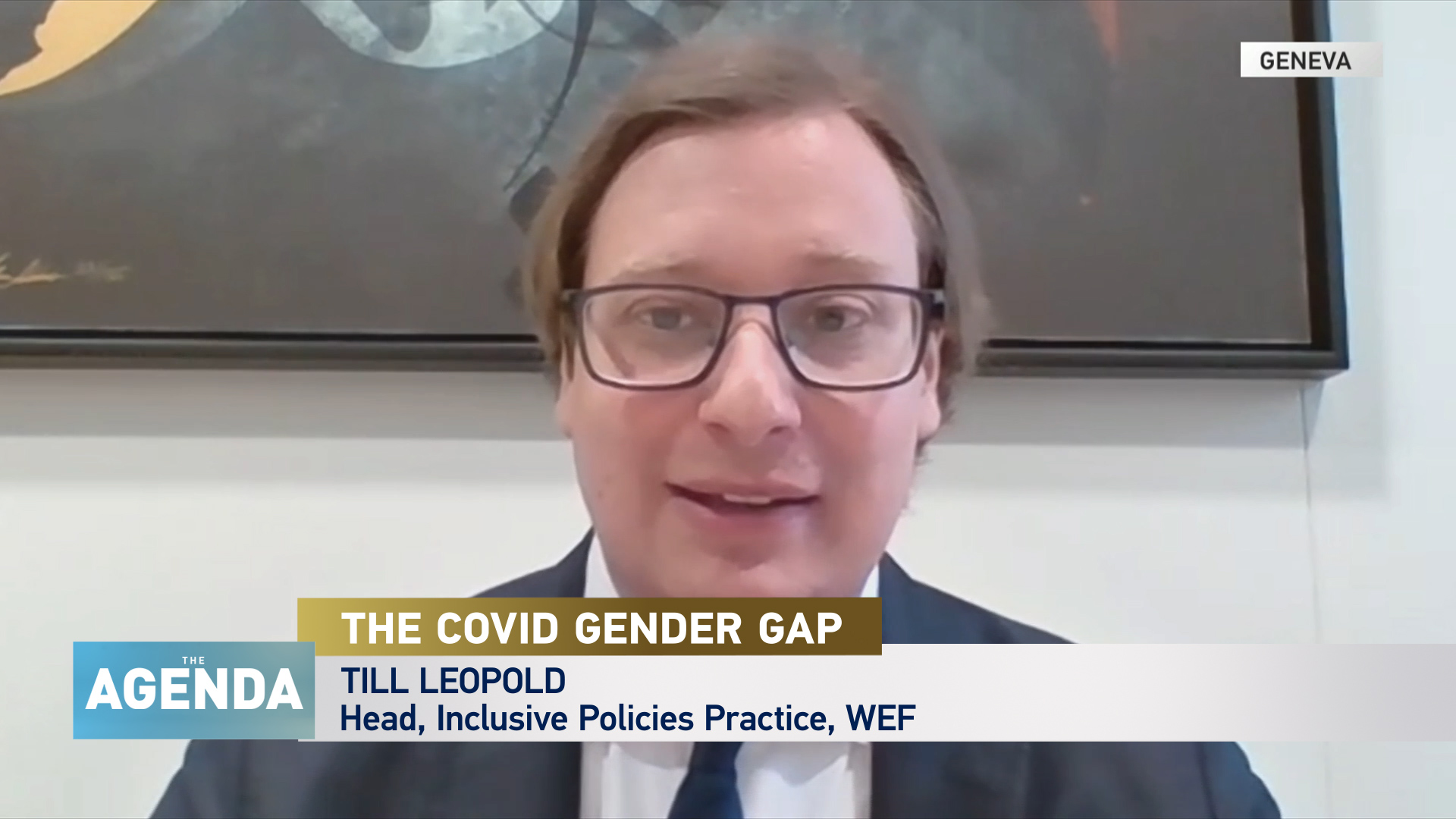 The World Economic Forum has been publishing an annual Gender Gap Report for the past 15 years.

It examines the divide between men and women across the globe in four significant areas – economics, education, healthcare and politics.

And while the gaps are closing in some of those areas, in others – notably economics, it's clear that COVID-19 has led to a widening of the gender divide – concluding that the pandemic has pushed back gender parity by an entire generation.

Here, Till Leopold, Head of Inclusive Economies practice at the World Economic Forum's Center for the New Economy and Society explains to Stephen Cole why the pandemic seems to have been so devastating for women.

Till Leopold's work at the World Economic Forum includes studies into the future of work, gender parity and economic and social policy for the Fourth Industrial Revolution.

Before joining WEF, he worked as an Economic Affairs Officer at the United Nations and a project manager at the International Labour Organization.

WHAT DOES LEOPOLD SAY?

COVID-19 has significantly affected the livelihoods of everyone around the world but Leopold believes it has had a particularly damaging effect on women.

"The global gender gap has increased by a generation from 99 years to 135 years," he explains. And unfortunately for equality campaigners, COVID-19 has only increased existing trends.

"While we see this particularly severe reversal this year, actually, in some ways, this is, unfortunately, a continuation of some wider trends that we have been observing for a number of years now."

But, he says – there are some positives, with the report proving that "at any level of economic development, gender parity is actually one of the best investments to aid progress in many other areas of business." "I think we are seeing encouraging signs that gender equality is increasingly being taken seriously," Leopold said. "However, given everything else that's going on in the world right now, I think it's important to ensure that gender parity remains at the top of the agenda."

"But I think what we need to keep in mind is that investment in closing the gaps has really large economic and societal payoffs. It could be one of the best strategies to move the world forward out of the pandemic. The investment in this area is something that we can look at for the benefit of everyone, not just women alone."

-          Wanda Wyporska of The Equality Trust and Rachel Verdin, a former trade union representative, now academic at the University of Sussex Business school, discuss why COVID-19 has had a particularly severe impact on working women, especially working mothers.

-          Kate Maclean, a professor at the Centre for International Development at Northumbria University joins Stephen to explain why female political leaders – like New Zealand's Prime Minister Jacinda Ardern have come to the fore in this time of crisis.