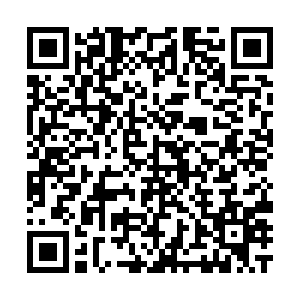 Local municipalities in Poland are gradually switching from the old diesel-consuming buses to more eco-friendly options. The small southwestern town of Polkowice is the latest example, replacing a third of its diesel-burning public transport fleet with electric buses from China.

At Polkowice's bus station, engineers are making the final preparations for a significant event. One team installs the electric fast-charging stations, while others go through the last check of the bus systems – all ahead of the official ceremony of turning over to the city nine new yellow electric buses.

After that, the buses start their journey through the Polkowice streets, a journey that is expected to take them a million miles in years to come. It's part of a $9 million eco upgrade of this predominantly mining city.

"We like to proudly say that Polkowice is at the heart of the copper mining district," local mayor Lukasz Puzniecki told CGTN Europe. "But we are also a town aspiring to become the green lungs of the region. Hence the strong focus both on pro-environmental action and increasing green space in our municipality."

And the locals seem supportive about the authorities' decision for public transport to go green. "I think it's a great solution, especially for the environment," says Natalia Dobrowska, "because it does affect our life, after all, our breathing and well-being."

BusNex has become Poland's official supplier of China's Yutong buses, which has 15% of the global market. /Aljosa Milenkovic

BusNex has become Poland's official supplier of China's Yutong buses, which has 15% of the global market. /Aljosa Milenkovic

"It would improve the air quality, it's mostly about that," agreed fellow citizen Jacek Polkowiec. "Especially with the mines all around, I think it will be good for us."

Mayor Lukasz Puzniecki says the introduction of these China-made buses is just one part of the broader eco-friendly picture promoted in the town. To reduce congestion and pollution, the authorities made public transport free for all and introduced free public bicycles.

These nine electric buses are produced by the Chinese company Yutong. Marcin Kucharski, the CEO of the company's local partner, BusNex, thinks Poland is thirsty for more of this type of eco-clean public transport.

And with more of these buses hitting the streets of Polkowice, its citizens will enjoy more blue sky than they ever did in the previous decades.