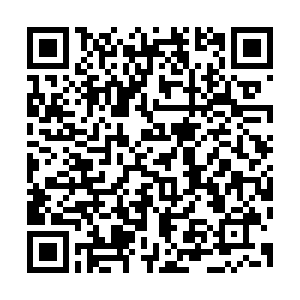 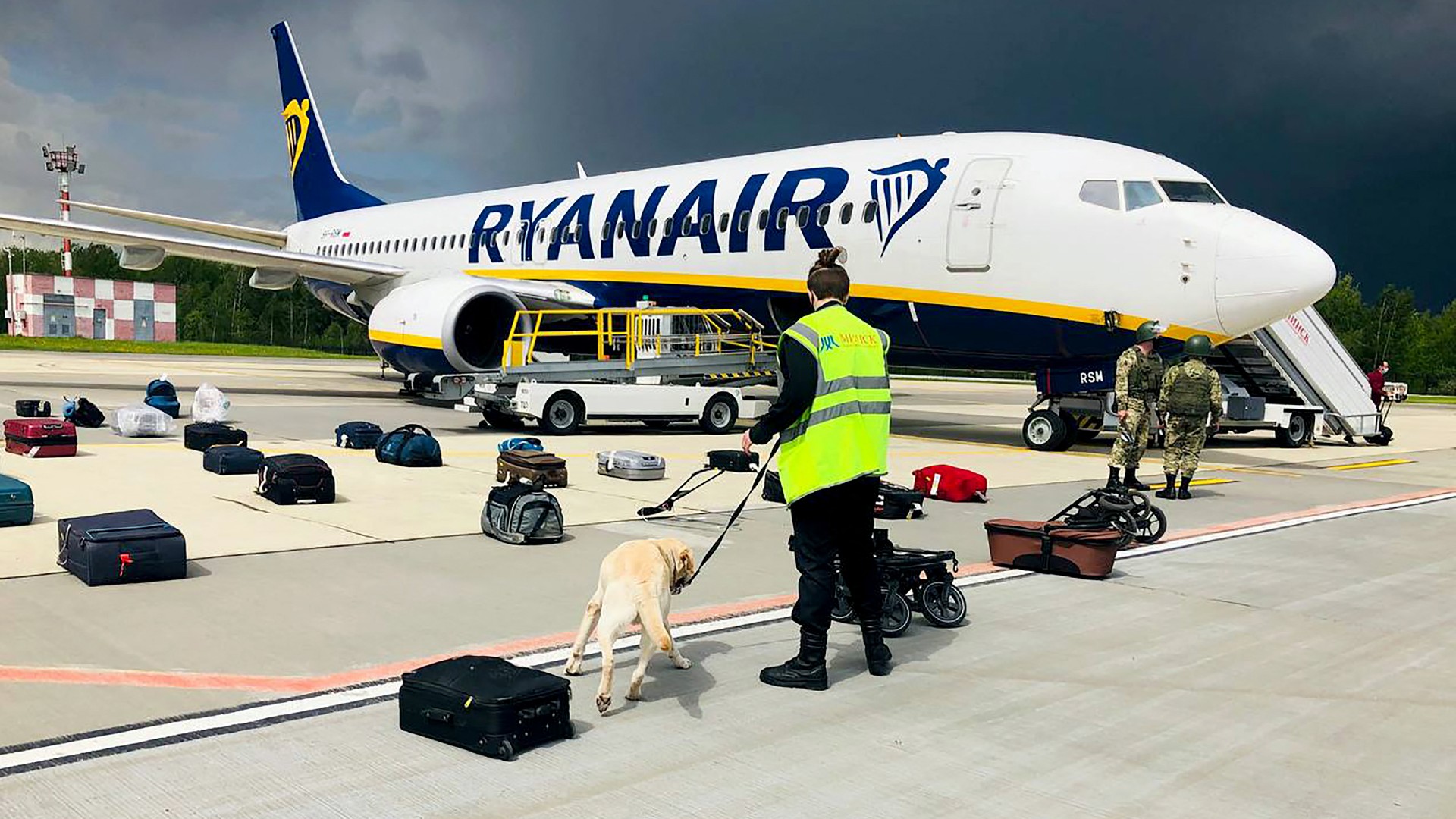 Belarus authorities said they diverted the plane after receiving a bomb threat and conducted a search at Minsk airport. UK minister Dominic Raab described the threat as a 'hoax.' /ONLINER.BY/AFP

Belarus authorities said they diverted the plane after receiving a bomb threat and conducted a search at Minsk airport. UK minister Dominic Raab described the threat as a 'hoax.' /ONLINER.BY/AFP

Following the diversion of Ryanair flight FR4978 to Minsk by Belarus authorities and the arrest of journalist Roman Protasevich, world leaders have spoken out against President Alexander Lukashenko's government.

European Commission President Ursula Von Der Leyen called the actions "outrageous" and "illegal" before demanding Protasevich's release, and for sanctions to be used against those responsible.

The EU has since summoned the Belarus ambassador Aleksandr Mikhnevich "to condemn the inadmissible step of the Belarusian authorities."

Belarus's neighbors have also reacted to the flight diversion. Latvia has expelled Belarus's ambassador and other diplomats.

Ireland's Foreign Minister Simon Coveney added the grounding of the plane was "utterly unacceptable" and warned in tweet: "Strong and united response from EU needed. EU inaction or indecision will be taken as weakness by Belarus."

UK Foreign Minister Dominic Raab called for Lukashenko to "be held to account" for the act. He later summoned the Belarus ambassador to explain the action. 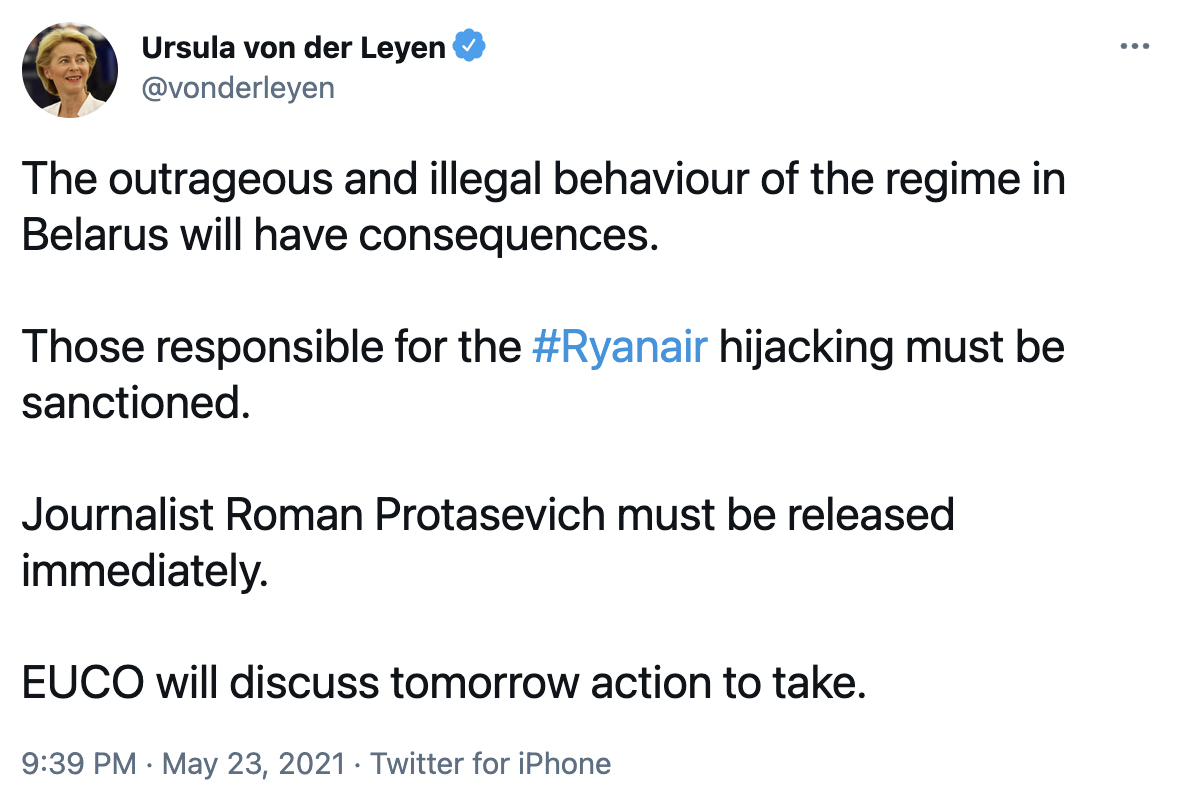 Perhaps the most outspoken reaction has been that of Ryanair CEO Michael O'Leary. Talking to Irish radio station Newstalk O'Leary said the action amounted to "state-sponsored hijacking … [and] piracy."

The Irish businessman further accused "KGB agents" [sic] of traveling on the Ryanair flight and influenced the decision to reroute it to Minsk.

Andrew Charlton, Managing Director at Aviation Advocacy says airline industry bosses will be "shocked and horrified" by Belarus's decision to interfere with the Ryanair flight.

Charlton told CGTN Europe's Global Business program: "The normal procedure if there is a bomb threat is to get to the nearest airport. That was obviously Vilnius. You could have just about chucked a rock from where the airplane was to Vilnius. Instead a MiG29 came in and diverted the airplane. I think that is when it went from hijacking to piracy,"

Charlton noted that avoiding Belarus airspace will increase carriers' costs but said it is the right thing to do in the interests of passenger safety.

Belarus's foreign ministry spokesperson also stated "Unfounded accusations are being made." Belarus claimed the diversion was due to a bomb scare, although the plane resumed its flight. 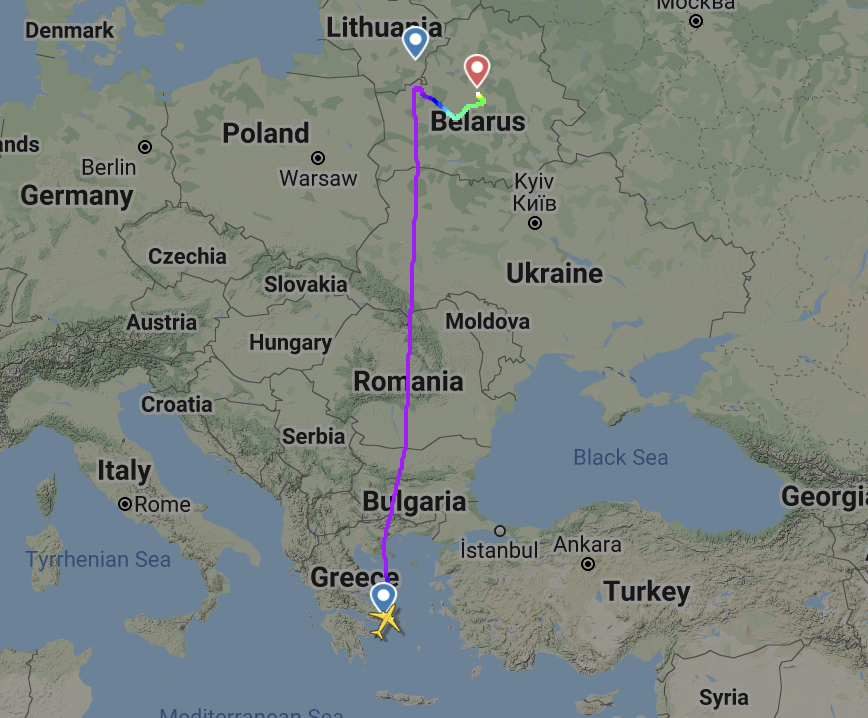 This map from Flightradar24.com shows the path of FR4978 that was on route to Vilnius, Lithuania.

10.16 a.m. The Boeing 737 lands at Minsk, where the passengers are forced to disembark and a bomb search begins;

A woman waits in Vilnius airport with a sign for the arrested journalist. /Petras Malukas/AFP

A woman waits in Vilnius airport with a sign for the arrested journalist. /Petras Malukas/AFP

Belarus's Foreign Ministry insisted the authorities acted "in full conformity with international rules" and believes the European response is merely politicizing the incident.

In a post on the ministry's facebook account, spokesperson Anatoily Glaz said the state would "guarantee complete transparency" before responding to questions about the international response. "We are struck by the haste with which some countries and European structures have made openly belligerent statements," Glaz said.

Who is Roman Protasevich?

According to the New York Times, the Belarus native has been living in Lithuania for the past few years in exile, fearing a prison sentence of up to 15 years in his home country.