Download
Ten stories you may have missed in China this week: Census reveals ageing population and 'smart' satellite factory
Simon Ormiston in London There has been much focus on "aging populations" around the world, and China is no exception. The data shows an increase in the share of the population aged above 65 years old to 13.5 percent./Nikada/Getty

There has been much focus on "aging populations" around the world, and China is no exception. The data shows an increase in the share of the population aged above 65 years old to 13.5 percent./Nikada/Getty

China released key indicators from the seventh national population census on Tuesday. The data provides fresh insights into China's latest demographic trends and reveals vital information that will contribute to the country's policymaking over the next 10 years.

The headlines include a rise in those over the age of 65 to 264.02 million between 2010 and 2020 making up 13 percent of the population while almost a quarter of the country have a college education or above.

China's first satellite made entirely via an automated 'smart' production line rolled off the assembly line on Thursday, establishing the country's mass production capacity for such equipment.

The Wuhan-based factory increases production efficiency by over 40 percent and can build 240 satellites per year, each weighing less than one tonne.

3. Alibaba reports a net loss of $1.17bn due to record antitrust fine

The company's income from operations would have risen by 48 percent year-on-year if the fine was not counted, it said in its latest earnings report. China's National Bureau for Disease Control and Prevention was officially inaugurated in the capital Beijing. The bureau will take on responsibilities in policy formulation, supervision and management for infectious disease containment in an attempt to improve the national response at a time of emergency.

Eid al-Fitr is one of the most important Muslim festivals celebrated around the world after the culmination of Ramadan, the Islamic month of fasting.

China have announced a provisional squad for the Olympic gymnastics competition following its national championships that concluded in Chengdu, southwest China's Sichuan Province over the weekend.

The Tokyo-bound squad is now composed of 12 men and 14 women. To ensure that the most competitive athletes are picked, another two trials will be held in June and July for both men's and women's teams, according to the Chinese gymnastics administration center. 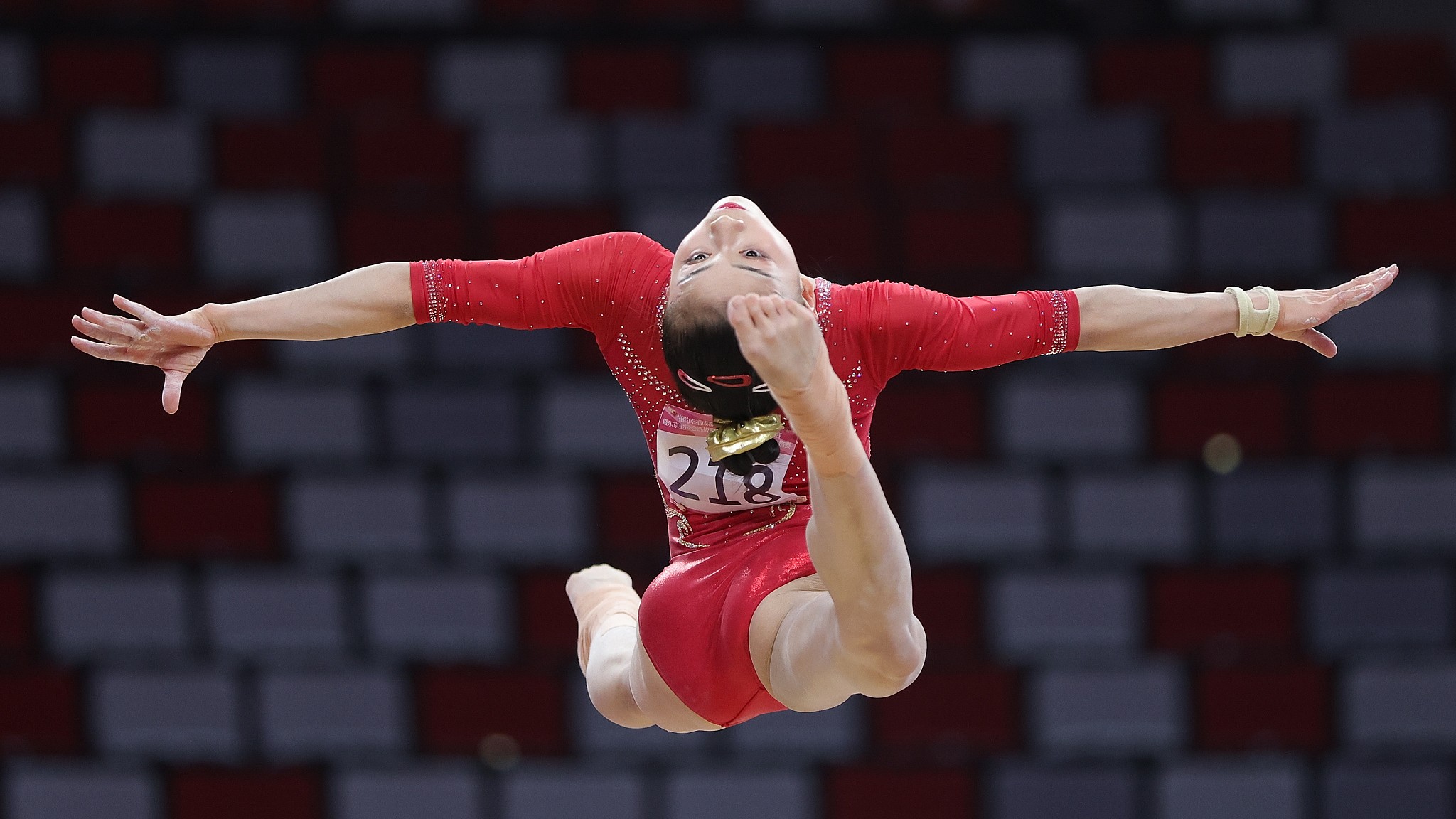 The gold medal in the women's uneven bars was taken by Li Shijia, whose 15.033 points was enough to see her win her first national title in individual events./CFP

The gold medal in the women's uneven bars was taken by Li Shijia, whose 15.033 points was enough to see her win her first national title in individual events./CFP

Using three-dimensional (3D) laser scanning and multiplanar reconstruction, the Yungang Grottoes Research Institute is working to capture the shapes, colors and other fine details of the UNESCO World Heritage Site.

The images created are millimeter-perfect digital archives that can be used for future study and preservation.

The Yungang Grottoes boast a total of 254 caves of various sizes and more than 59,000 Buddha statues. With a grotto complex stretching about one kilometer from east to west, it is one of the largest ancient grottoes in the country.

8. A firsthand look at the Hainan Expo

Hainan hosted the first China International Consumer Products Expo with many brands offering duty-free purchases on-site. Those who missed out on overseas shopping sprees during the pandemic were able to find some instant gratification

Fashion, jewelry and cars were all on display hoping to cater to what is the world's fastest growing luxury market. The Hainan expo was designed to boost domestic consumption while attracting top global brands through the city's free trade port./VCG/

The Hainan expo was designed to boost domestic consumption while attracting top global brands through the city's free trade port./VCG/

China Guardian Auctions, one of the country's biggest art auction houses, has opened its spring season. More than 6,000 items will go under the hammer this season, including a wide array of artworks from around the world.

"Long March," by the late Li Keran, is expected to fetch 120 million yuan ($18 million), the highest in this season's auction. Li Keran was a prominent Chinese painter in 20th-century Chinese art, known for his depictions of landscapes using both traditional and experimental techniques.

Chinese citizens' trust in their government rose to 98 percent several months into the COVID-19, according to a survey published by the Washington Post.

The survey was conducted in late April 2020, and 19,816 people from China were interviewed.