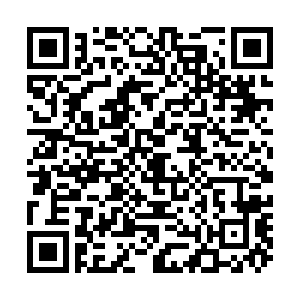 The EU-China Comprehensive Agreement on Investment (CAI) was in limbo after Brussels announced on Tuesday that it had suspended efforts to ratify the agreement as relations between the partners sour amid tit-for-tat sanctions.

A European Commission spokesperson confirmed the news, which was first reported by AFP, saying "the ratification process of the CAI cannot be separated from the evolving dynamics of the wider EU-China relationship."

They added that the prospects for the deal's ratification "will depend on how the situation evolves."

In an interview with AFP, EU Executive Vice President Valdis Dombrovskis said Brussels had "suspended... political outreach activities," adding that the environment "is not conducive for ratification of the agreement."

In late March, the EU imposed sanctions on four Chinese officials and one state-sponsored company it believed to be involved in alleged human rights violations in Xinjiang. It was the first time the 27-member bloc imposed punitive measures on Beijing in 30 years.

The Chinese Foreign Ministry said the sanctions were based "on nothing but lies and disinformation" and that the EU had "grossly" interfered in China's internal affairs. It added that the sanctions "severely undermined China-EU relations."

Beijing quickly fired back, imposing its own sanctions on 10 Europeans, including five Members of the European Parliament, and four entities, including an entire parliamentary committee.

The EU spokesperson on Tuesday called the retaliatory sanctions "unacceptable and regrettable."

After seven years of tough negotiations, the CAI was agreed in principle in late December after getting a final push from Germany. Chancellor Angela Merkel was keen to seal the deal while Berlin was at the helm of the rotating European Council Presidency.

The CAI holds the promise of unlocking new investment opportunities for both China and the EU. European companies would be granted greater access to rapidly expanding and highly lucrative Chinese industries including manufacturing, healthcare, and cloud computing.

In return, China would gain limited entry into the bloc's manufacturing and renewable energy market at a time when the EU was throwing billions of dollars towards a green transition.

But the pact always faced an uphill battle in the European Parliament.

According to Commission figures, EU foreign direct investment (FDI) into China was more than $168 billion over the past 20 years, while China has invested $144 billion over the same period.