Download
Travel & Tourism – The Agenda with Stephen Cole
The Agenda 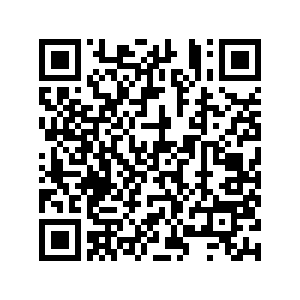 Before the pandemic, tourism was growing faster than the world's economy and traveling had never been easier. Then COVID-19 brought globetrotting to a halt and left the trillion-dollar industry in tatters.

But with rapid vaccination bringing optimism, can the sector now get back on the move? How different will the travel experience be? And which parts of the world are open for business? The Agenda's Stephen Cole finds out.

Eduardo Santander is CEO of the European Travel Commission, which promotes Europe as a tourist destination to the rest of the world. He tells Stephen Cole that he's hopeful that tourism will resume this summer with the help of a vaccine certificate, but warns people should not repeat the mistakes of last summer, when a failure to socially distance led to a spike in infections.  He also explains that the long pause in travel has made countries realise their over-dependence on mass tourism for their economies.

Greece is often top of the list for the places most reliant on tourism, with visitors contributing a full quarter of its gross domestic product. It's also the country which has received one of the biggest financial rescues in history due its debt crisis, so it's no surprise that Greece is desperate for the travel industry to restart. Angela Gerekou is president of the Greek National Tourism Organization and tells Stephen Cole how every effort is being made to prepare, and how she wants the country to be a global center of sustainable tourism by 2030.

Another restless sector is the hotel industry. Travel restrictions wiped out more than $138 billion in accommodation turnover, ending a decade of growth. Stephen Cole asks Rocco Forte, chairman of the luxury chain Rocco Forte Hotels about how he plans to battle the Zoom-boom and bring back leisure and corporate customers. Forte says the pandemic has been "a complete and utter disaster" for hospitality, and explains how some European countries have been more helpful than others in providing direct financial support.

And the airline industry has far from escaped the turbulent times of the past 16 months, losing $126 billion in 2020, with a further $47 billion loss expected this year. Despite this, Bjorn Tore Larsen has founded a brand-new airline, Norse Atlantic Airways and tells Stephen Cole why he's pinning his hopes and money on a great travel take-off by the end of 2021.