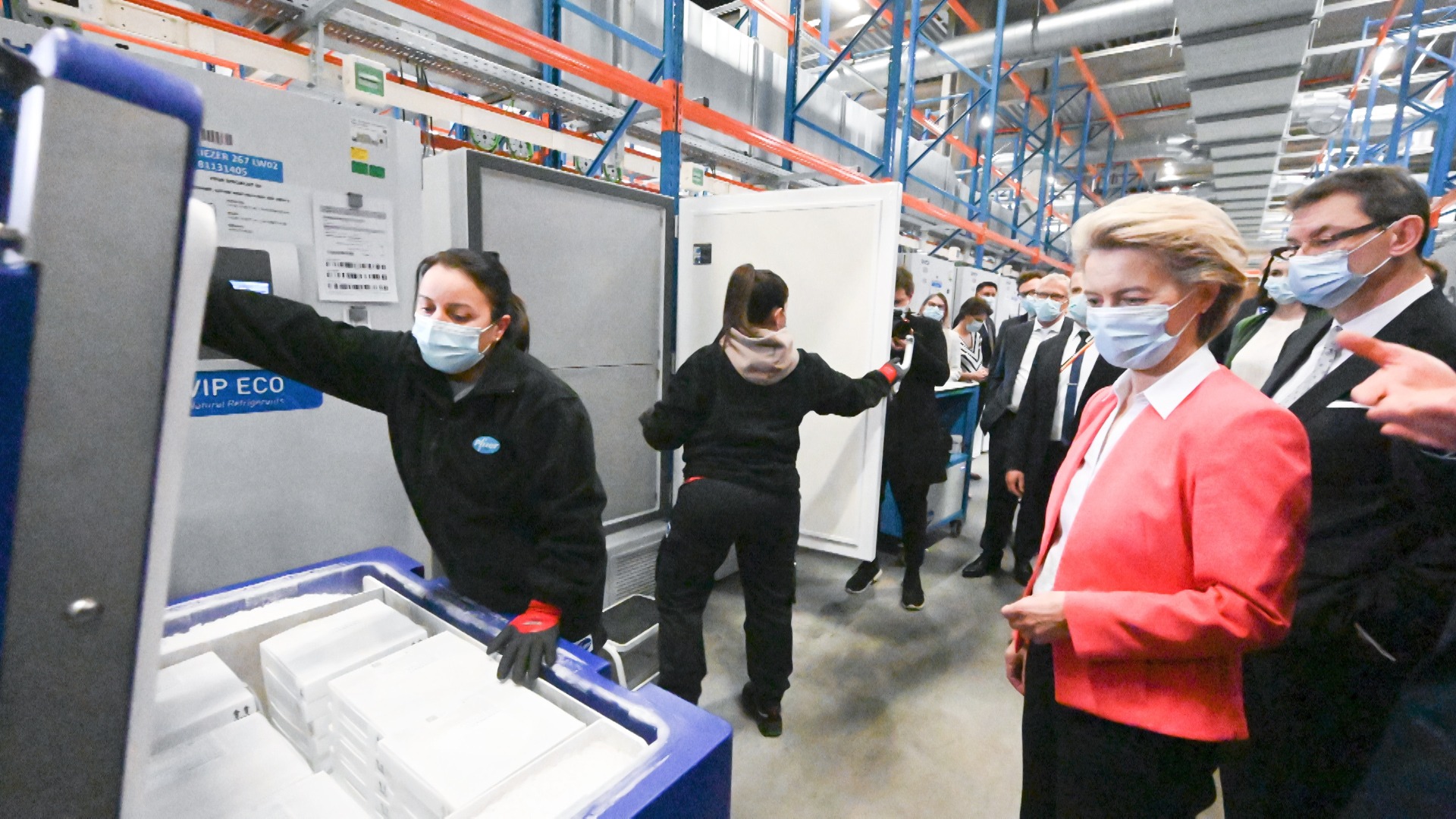 European Commission President Ursula von der Leyen said she is "confident" that 70 percent of the adult population in Europe can be vaccinated "in July," in what would mark a massive turnaround for the bloc's immunization program, which got off to a slow and rocky start.

The improved time frame, which is two months earlier than originally expected, comes as vaccine supplies and deliveries pick up pace across the bloc. Pfizer-BioNTech, which has become the backbone of Europe's immunization efforts, is on track to deliver 250m doses in the second quarter, enough to help offset shortfalls from other suppliers, most notably AstraZeneca.

"With enormous efforts of BioNTech-Pfizer and the acceleration of their vaccine deliveries, I am now confident we will have sufficient doses to vaccinate 70 percent of the adult population in the EU in July," Von der Leyen told reporters.

She made the announcement after a tour of the Pfizer production plant in Puurs, Belgium on Friday, where she also revealed that Brussels expected to clinch a third deal with the vaccine maker in coming days.

"This contract will foresee the delivery of 1.8 billion does for the years 2021 to 2023. We will conclude in the next days. It will secure the doses necessary to give booster shots to increase our immunity against the virus," Von der Leyen told reporters.

The agreement, which would provide enough doses to vaccinate the entire EU population four times over, would be the world's largest supply deal and comes as the World Health Organization (WHO) condemned vaccine inequality.

The WHO's Director-General Tedros Adhanom Ghebreyesus said of the nearly 900 million doses administered globally, "over 81 percent have gone to high- or upper middle-income countries, while low-income countries have received just 0.3 percent." 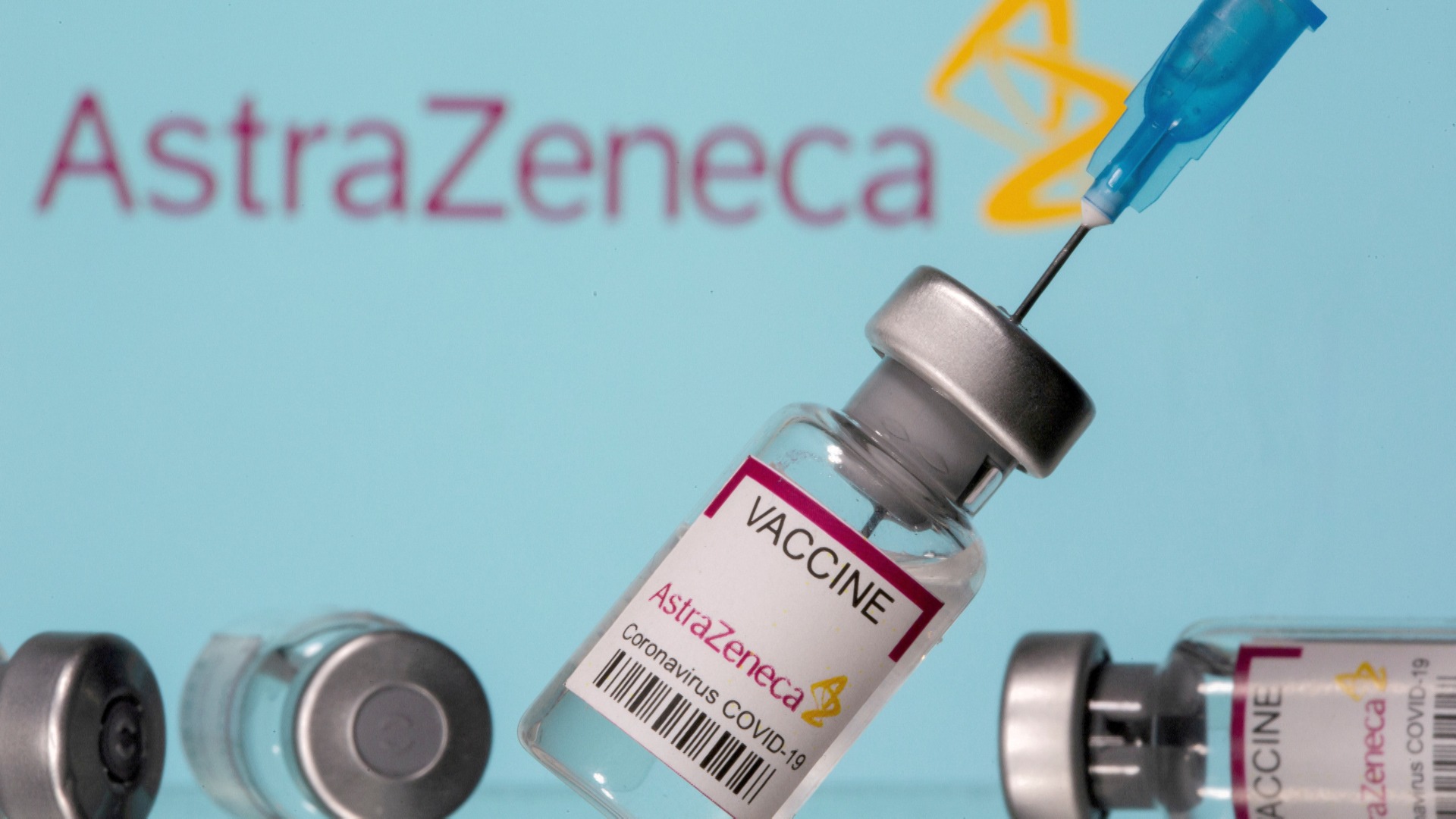 As the deal is being negotiated with Pfizer, the Commission is reportedly on the cusp of launching legal action against AstraZeneca over its failure to deliver pledged COVID-19 vaccines. According to reports, nearly every EU country has now backed the Commission's efforts, including France, Germany, Hungary and Ireland. Although, Von der Leyen played coy on the matter on Friday.

"Where AstraZeneca is concerned no decision has been taken so far, so we have to wait for that," she said.

AstraZeneca was expected to deliver 300 million doses by the end of the second quarter, but is now on track to ship just 70 million jabs. The company said in the past that its contract with the EU was a "best effort" deal.

Even without the legal action, AstraZeneca is being phased out of the bloc's vaccine program. An option to purchase 100 million additional doses was allowed to lapse and Brussels has indicated it won't renew its contract.

The bloc's overall vaccine strategy is also pivoting away from old-school vaccine technology, to cutting-edge and highly effective mRNA technology, which underpins the Pfizer-BioNTech and Moderna vaccines.