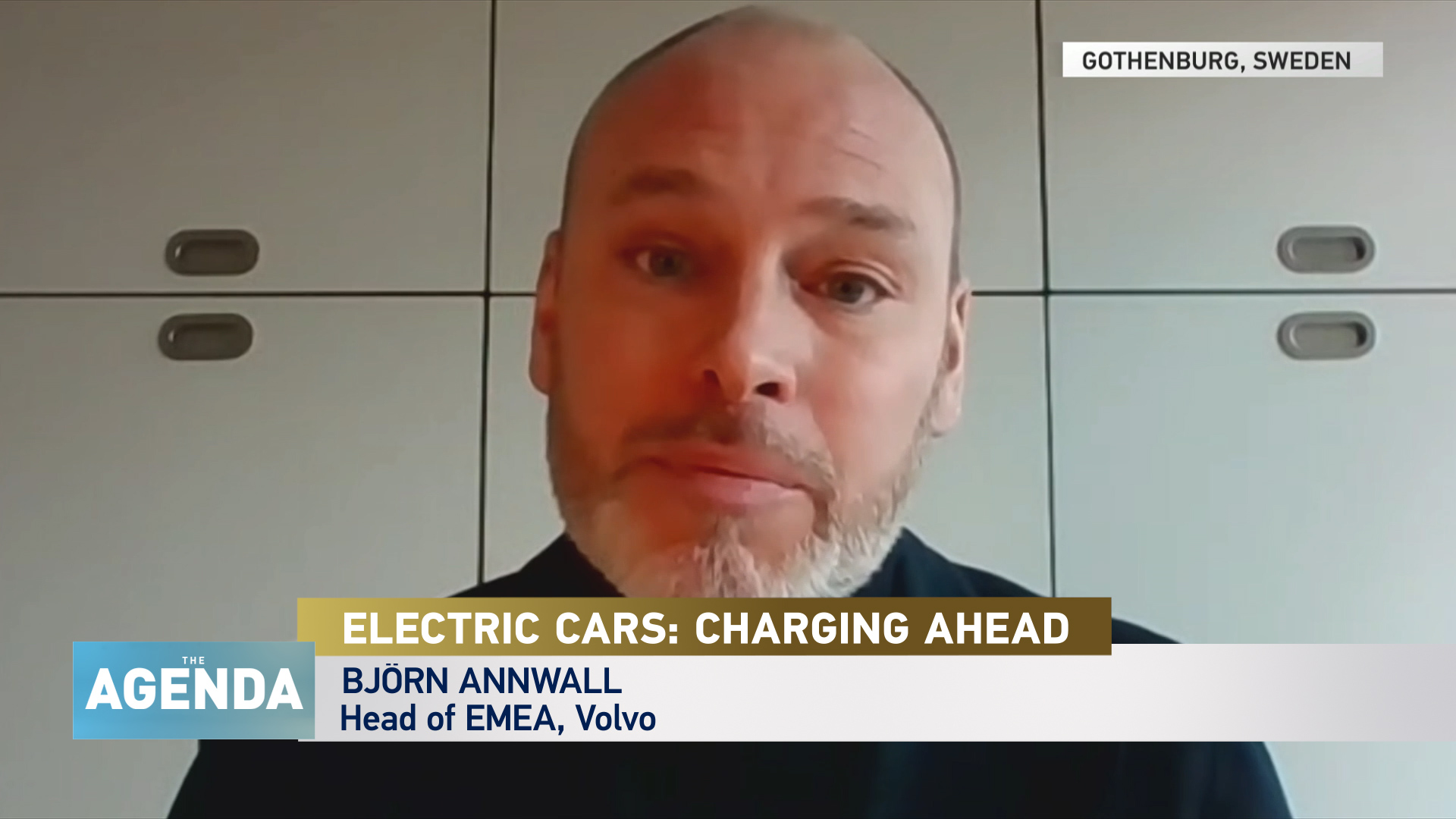 Major car manufacturers are racing to keep up with governments as an increasing number of bans on petrol and diesel vehicles in built-up areas are introduced. To take advantage of the imminent electric take-up, companies like Volvo, BMW and Ford are setting their own deadlines – in Volvo's case 2030 – to fully electrify their fleet.

But after almost a century of selling the internal combustion engine, can the company make the necessary changes in less than a decade?

Bjorn Annwall is head of Volvo's Europe, Middle East and Africa (EMEA) region and has recently been promoted to Chief Financial Officer.

Under Annwall's management, strong plug-in hybrid and pure electric vehicle sales have increased Volvo's market share in areas within the EMEA region. However, there is still much more work to be done before the company's fleet becomes fully electric in 2030.

When asked by The Agenda's Stephen Cole about convincing consumers that electric cars are more eco-friendly, Annwall says it requires being honest about production.

"There is no silver bullet," he says. "What we can do is be extremely transparent [about] the carbon footprint of the full lifecycle with all the different kinds of sourcing and how we make sure we live up to sourcing everything in a responsible way.

When asked about the potential struggles which Volvo is facing by changing to an all-electric fleet, Annwall says: "The main challenges of switching to an electric car are affordability, charging infrastructure and the time it takes for human behavior to adapt." Volvo will phase out all car models with internal combustion engines – including hybrids – by 2030. It is also planning to invest in simplifying its products and selling vehicles online, allowing consumers to customize their preferred specification. China is already one of its largest markets and Europe will be a significant area for Volvo as it goes electric.

Volvo cars are well-known for their safety features, and Annwall said a future electric fleet won't change the company's ethos.

"Safety is our core DNA," he insists. "We are promising our consumers to live up to the same excellence. If you make that a core part of your DNA and you focus wholeheartedly, over time you can drive a lot of change."

Senior Advisor to the Regulatory Assistance Project Jaap Burger explains that the rate of growth for the electric car industry is reliant on sufficient investment in infrastructure.

Gerard Barron, CEO and Chairman of DeepGreen (soon to be known as The Metals Company) tells Stephen Cole there are enough battery metals on the seabed to power a global electric transport system.