- "There are early signs that transmission may be slowing across several countries" across Europe, the World Health Organization's Regional Director for Europe Hans Kluge has said. Kluge added that the situation in the continent remains "serious."

- European Commission President Ursula von der Leyen received her first dose of a vaccine on Thursday, while calling for more people across the bloc to get vaccinated.

- Home testing kits are to be delivered to houses in the UK region of Barnet, North London, after a case of the variant first discovered in South Africa was detected in the area.

- Norway will take more time to assess whether to resume the use of AstraZeneca's Vaxzevria vaccine or halt it altogether, the country's Health Minister Bent Hoeie has said. Norway's authorities suspended the use of the jab on March 11 following a small number of blood clot reports.

- France will have vaccinated 12 million people with a first shot of the vaccine by Thursday evening, the country's Prime Minister Jean Castex has confirmed.

- Denmark is weighing up its options for sharing its AstraZeneca jabs with poorer nations after it halted the use of the shots, the WHO's Hans Kluge said.

- Europe's drug regulator, the European Medicines Agency, is reviewing data on the use of the antibody treatment developed by pharmaceutical firm GlaxoSmithKline, with a more comprehensive rolling review expected to start at a later date.

- Ukraine has begun vaccinating all its athletes going to the Tokyo Olympic Games and Paralympic Games. A total of 30 athletes received their first dose of China's CoronaVac vaccine in Kyiv on Thursday.

- Germany's new cases rose by 29,426 in the past 24 hours, the biggest daily increase since February 8. Meanwhile the country's health minister, Jens Spahn, has once again urged regional leaders to impose tougher restrictions to slow the spread of the virus.

- This summer's delayed Tokyo Olympic Games could still be canceled if the pandemic spirals out of control. Toshihiro Nikai, secretary general of Japan's Liberal Democratic Party, said: "If the Olympics were to spread infection, then what are the Olympics for?"

- Portugal has extended its state of emergency for a further 15 days as the country continues to battle against the latest wave of the virus.

- Belgium is to begin to ease its lockdown measures next week as case numbers continue to fall. From next Monday, schools will reopen and a ban on non-essential travel will be lifted. The government has also said restaurants and bar terraces will be able to reopen from May 8 for outdoor consumption, barring a new surge in infections.

- Lithuania plans to launch a nationwide digital immunity certificate by early May, which would allow some people who have been vaccinated to bypass some lockdown restrictions, the country's Prime Minister Ingrida Simonyte said. "This will be an incentive for the decision to get vaccinated," Simonyte added.

- AstraZeneca has said it "recognizes and respects the decision taken by Sundhedsstyrelsen [health agency] in Denmark," after it decided to halt the use of the company's Vaxzevria vaccine following a small number of blood clot reports in patients who had the jab. 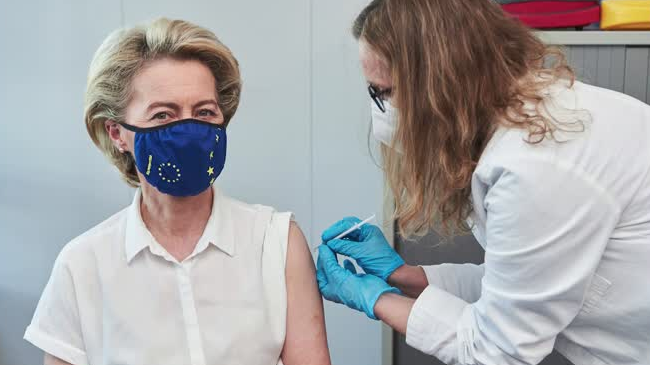 The number of COVID-19 hospitalizations in Hungary has dropped below 10,000 for the first time in weeks and the number of patients on ventilators has dropped significantly to less than 1,200. In the past 24 hours, 256 people have passed away from COVID-19 – the lowest number of daily deaths this week.

Belgium is headed into a "cautious" easing of lockdown measures. From next Monday, children will head back to school and a ban on non-essential travel will be lifted. The government has also approved the reopening of restaurant and bar terraces for outdoor consumption from May 8, barring a new surge in infections.

Case numbers have been falling over the past couple of weeks, with an average of 3,436 new infections a day, down 19 percent. The country's vaccination drive has also managed to pick up pace, but could lose steam as Johnson & Johnson hits pause on its EU roll-out over blood clot concerns.

Brussels has hinted it won't renew its contracts with AstraZeneca and Johnson & Johnson. Commission President Ursula von der Leyen said the bloc needs to focus "on technologies that have proven their worth: mRNA vaccines are a clear case in point."

That's what she said just before announcing that Brussels had launched a new round of negotiations with Pfizer and BioNTech for 1.8 billion COVID-19 doses of their vaccine through 2023. Moderna's vaccine also uses mRNA technology.

The AstraZeneca and Johnson & Johnson vaccines have come under scrutiny over possible links to very rare blood clots. Several EU member states have put restrictions on their use, while Denmark has permanently withdrawn the Astra shot from its vaccination arsenal. 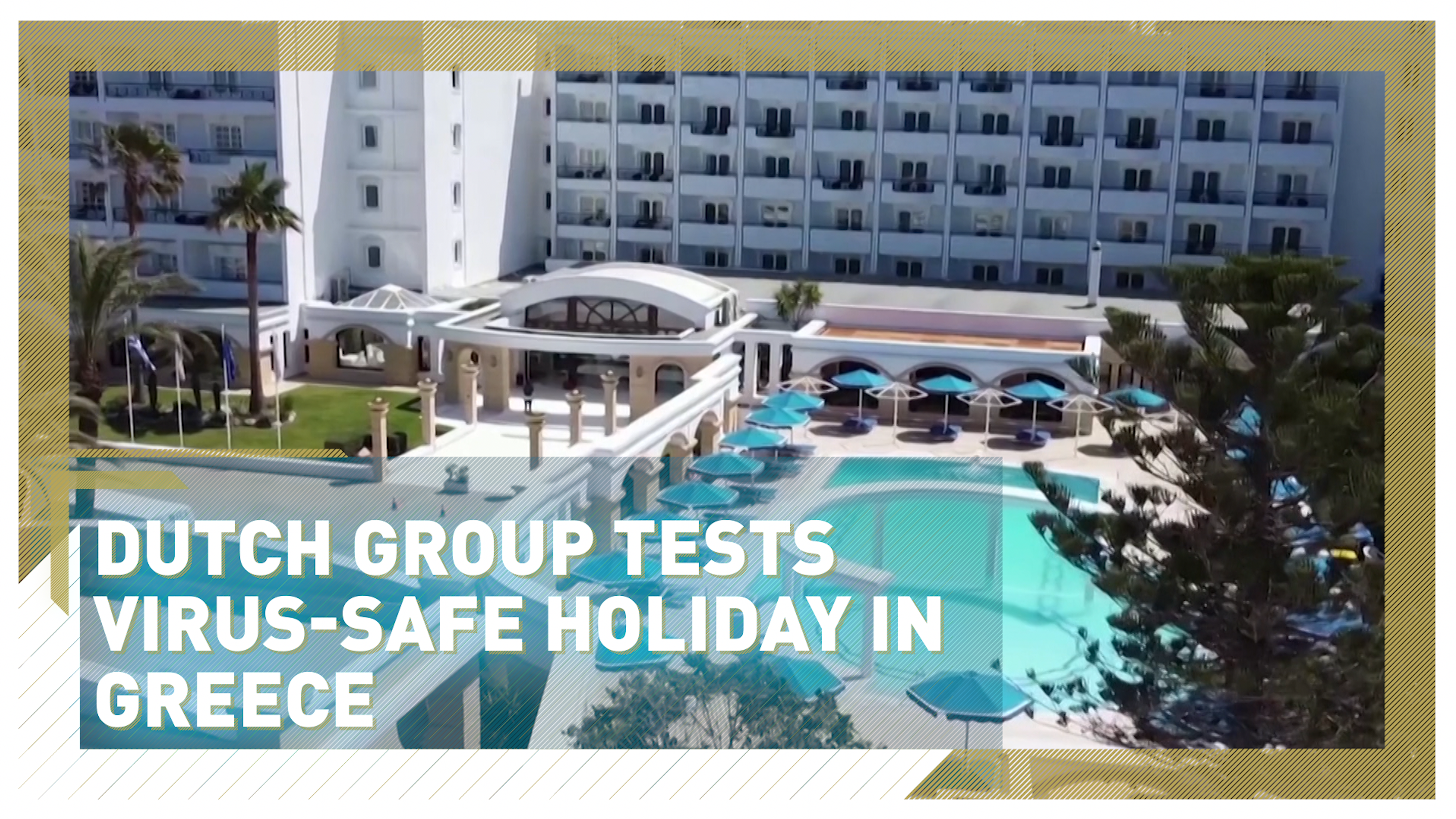 The UK's equality watchdog has warned COVID-19 certificates could be "unlawful."

The so-called COVID passports would create a "two-tier society, whereby only certain groups are able to fully enjoy their rights," said the independent Equality and Human Rights Commission.

The government is planning to use the certificates to safely reopen society but the latest warning could signal potential legal problems.

More than 32m people have now received a first dose of the vaccine in the UK.

And university students in the country have been told they will be allowed to return to classrooms next month. The plan would see face-to-face teaching resume no sooner than May 17.

The latest data from Germany's Robert Koch Institute show there have been 29,426 new COVID-19 infections recorded. That's a 44 percent increase compared with the same day last week and shows the third wave is gathering pace.

Chancellor Angela Merkel's government is working desperately to push through a new law to allow her to introduce a national lockdown.

But Health Minister Jens Spahn has appealed to regional leaders not to wait for that law to pass to enact localized lockdowns. He told reporters in Berlin: "It is a good thing that we are working to soon have a uniform regulation. But they [states] shouldn't wait until next week." AstraZeneca has said it 'recognizes and respects' Denmark's decision to halt the use of its Vaxzevria jab. /AP

AstraZeneca has said it 'recognizes and respects' Denmark's decision to halt the use of its Vaxzevria jab. /AP

CGTN America: Brazil gets bogged down in collapsed health system