Download
What are rare earth metals and what are they used for?
Arij Limam

Until the late 20th century, rare earth metals were not familiar to many people outside the chemistry, geology and specialized engineering fields.

But with the advent of modern technology, they have gained considerable visibility because of their specialized properties and critical uses.

Even if rare earth metals may be unfamiliar to some by name, most people have probably come across these vital elements in their everyday lives without even knowing it.

Also known as rare earth elements, or REEs, they are a group of 17 chemical elements that appear together in the periodic table. They are all silvery-white soft heavy metals. They are also called rare earth oxides because many of them are typically sold as oxide compounds.

These metals have similar chemical properties, meaning that they are often found together in geological deposits. But their electronic and magnetic properties vary and are unique to each metal, so they can be used in a tiny niche in our technology where nothing else can. 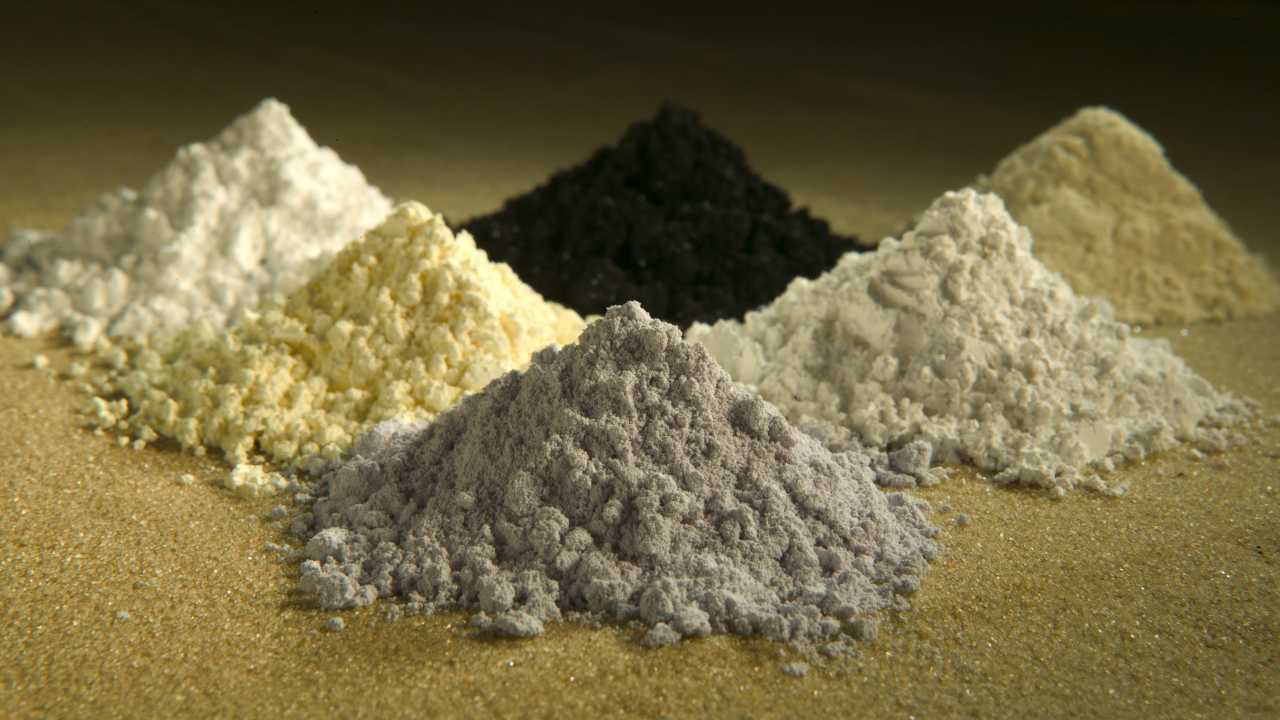 Rare earth metals are typically sold as oxide compounds and have a variety of uses in modern technology. /Peggy Greb/U.S. Department of Agriculture– Agricultural Research Service

Rare earth metals are typically sold as oxide compounds and have a variety of uses in modern technology. /Peggy Greb/U.S. Department of Agriculture– Agricultural Research Service

What are they used in?

Rare earth metals have been growing in popularity over the past 20 years due to the explosion in demand for items, including new technologies, that require them.

A lot are used for catalysts, but more specifically these elements are used in the production of high-performance magnets, alloys, glasses and electronics.

This means that they can be found in common everyday objects such as computer hard drives, DVDs, mobile phones, LCD and plasma screens, rechargeable batteries, fluorescent lighting, lasers and much, much more.

They are also used in the electric motors and batteries that power hybrid and electric vehicles as well as for generators in wind turbines, which is why they're considered important for the future of low-carbon technologies.

Some countries also consider rare earth metals essential for use in defense technologies. Military uses include for night-vision goggles, precision-guided weapons, communications equipment, GPS equipment and other defense electronics. They are also key ingredients for making the very hard alloys used in armored vehicles and projectiles that shatter upon impact.

Computers, TV screens, loudspeakers, wireless devices and electric cars are just some items you may have come across that contain rare earth metals. /U.S. Geological Survey

Computers, TV screens, loudspeakers, wireless devices and electric cars are just some items you may have come across that contain rare earth metals. /U.S. Geological Survey

Are they really 'rare'?

Despite their name, these elements aren't really considered rare, with the U.S. Geological Survey describing them as "relatively abundant in the Earth's crust."

"The more abundant REE are each similar in crustal concentration to commonplace industrial metals such as chromium, nickel, copper, zinc, molybdenum, tin, tungsten, or lead," explains the USGS. "Even the two least abundant REE (Tm, Lu) are nearly 200 times more common than gold," it adds.

However, the difference between these and ordinary base and precious metals, is that they are much more difficult to mine as they're less likely to be found in concentrations high enough for economical extraction.

Where are they found and produced?

Rare earth metals can mostly be found all over the world, only a few countries have reserves with concentrations high enough for mine production.

Other countries that also constitute the largest percentage of the world's rare earth economic resources are Malaysia, South Africa, Sri Lanka, Thailand and Tanzania. Reserves can also be found in Canada. 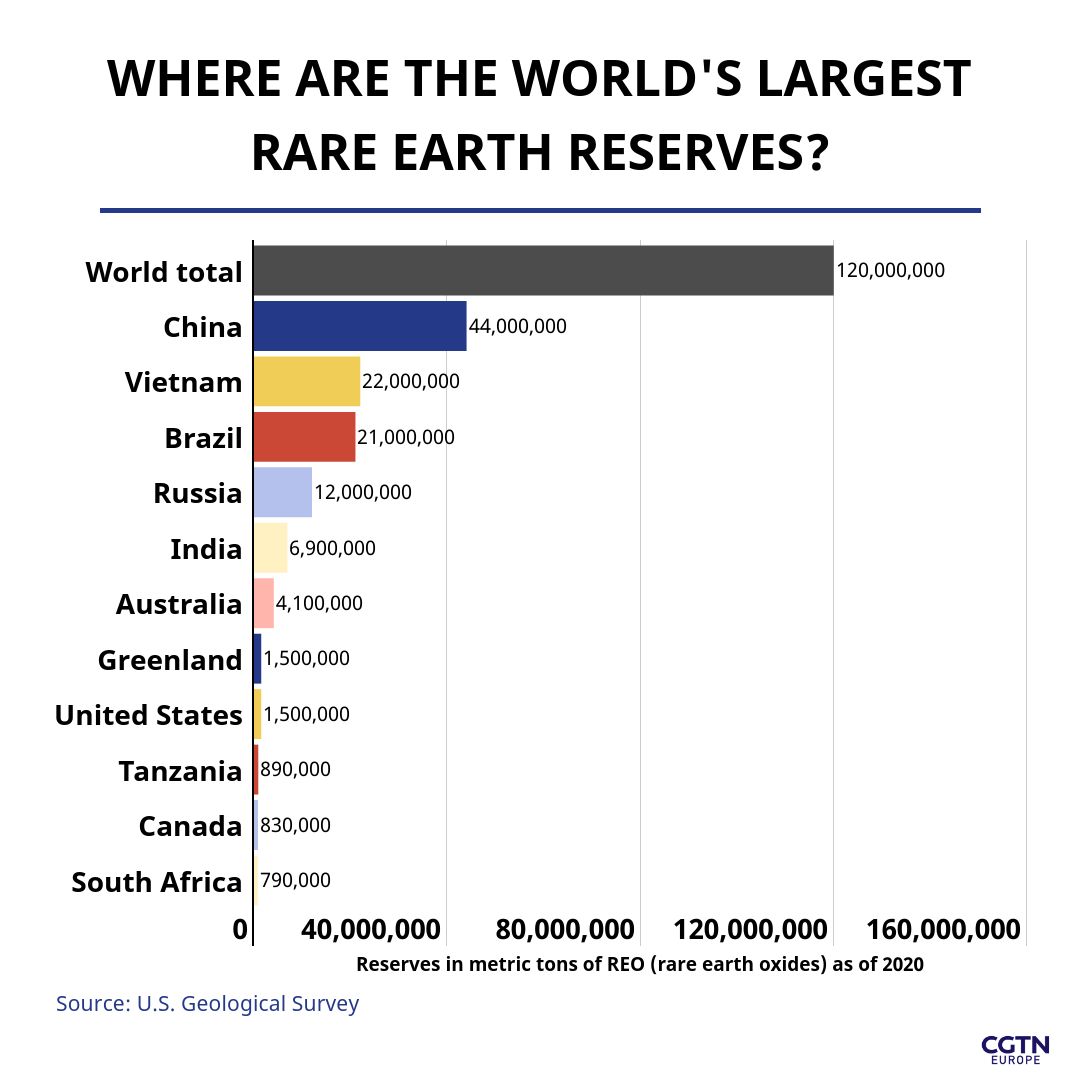 As for production, China has also been the leading producer of rare earth metals for decades, and since the late 1990s, it has accounted for more than 90 percent of global production, on average, according to the USGS.

Through the 1990s and early 2000s, China steadily strengthened its hold on the world's rare earth oxide market. They were selling rare earths at such low prices that California's Mountain Pass Mine, which had been the largest rare earth producer in the world, as well as many others throughout the world, were unable to compete and stopped operation.

But over the past decade, production has been increasing by several countries keen on mining the resources as demand skyrockets.

The U.S. is closely followed by Myanmar, which has been increasing its mine production in recent years, giving it a 12 percent share of global production as of last year, amounting to 30,000 metric tons REO.

Other countries with shares in global mining production are Australia, Madagascar, India and Russia. 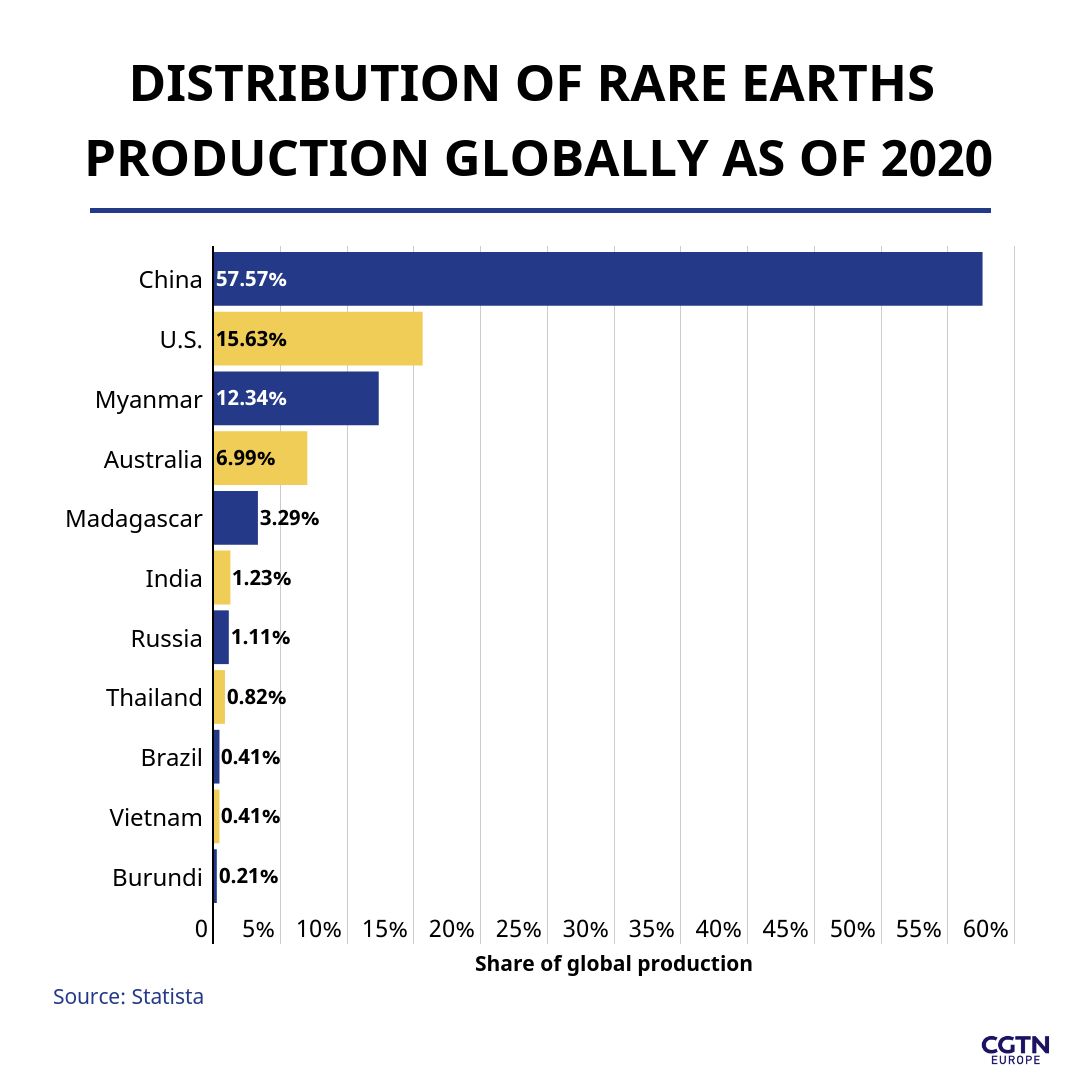 With global demand for vehicles, consumer electronics, energy-efficient lighting and catalysts expected to rise rapidly over the next decade, the production of rare earth metals will continue to increase. There is also the possibility of even more uses yet undiscovered.

Rare earth magnet demand is expected to go up, as is the demand for rechargeable batteries and new developments in future medical technology are expected to increase the use of surgical lasers, magnetic resonance imaging and positron emission tomography scintillation detectors, all of which require the elements.

Rare earth metals are heavily used in all of these industries and more, so we haven't seen the last of them yet, as demand should remain high.