Download
Why are there riots in Northern Ireland and how serious are they?
Jim Drury 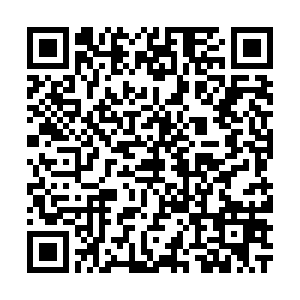 After days of violence, the Northern Ireland Assembly has been recalled from recess to hold an emergency meeting. Political leaders from across the UK province will convene at Stormont to decide how to defuse the riots as minister for foreign affairs Simon Coveney warned a response is needed "before someone gets killed."

A week of rioting in Northern Ireland has thrown the spotlight back onto the increasingly uneasy truce between loyalists and republicans in the UK province after more than two decades of calm.

Disorder involving loyalist – pro-British and mostly Protestant – rioters, some as young as 12, led to 10 arrests and 41 police officers being injured the capital Belfast, nearby Newtownabbey and Derry/Londonderry.

On Wednesday, violence spread to republican, mostly Catholic, areas. Both sides threw rocks, petrol bombs and fireworks at each other while, in Belfast, masked loyalists firebombed a moving bus. The driver escaped unharmed.

Following criticism that the situation was being ignored by Westminster, UK Prime Minister Boris Johnson tweeted a statement expressing his concern at "the scenes of violence."

There are various reasons why violence has erupted and why the specter of a return to the 'Troubles' of the period between the late 1960s and late 1990s worries both authorities and residents.

The landmark 1998 Good Friday Agreement (GFA) between Northern Ireland's political parties, and a separate international agreement between the UK and Irish governments, ended a conflict that had killed 3,500.

Subsequent institutional bias towards Protestants in the province increased the sense of grievance among the nationalist community. Following the British army's deployment to Northern Ireland in 1969, a number of paramilitary organizations on both sides, including the Irish Republican Army (IRA) and Ulster Volunteer Force (UVF), carried out attacks on each other's communities. The IRA also launched offensives on the UK mainland.

The UK's 2016 decision to leave the EU has reignited tensions which had largely remained dormant. New border checks effectively keep Northern Ireland in the EU's customs union and single market, despite promises from Johnson that this would not happen.

A special "protocol" was agreed for Northern Ireland, moving checks away from the land border to Northern Irish ports, on goods arriving from Britain. Unionist parties want its removal, arguing that it imposes an economic border between Northern Ireland and the UK mainland.

First Minister Arlene Foster, who leads the Democratic Unionist Party, plans a legal challenge against the protocol, arguing that it breaches the principle of consent contained in the GFA.

The UK government's decision to extend the grace period before full implementation of checks on goods going into Northern Ireland, which angered the EU, has not quelled unionist discontent. 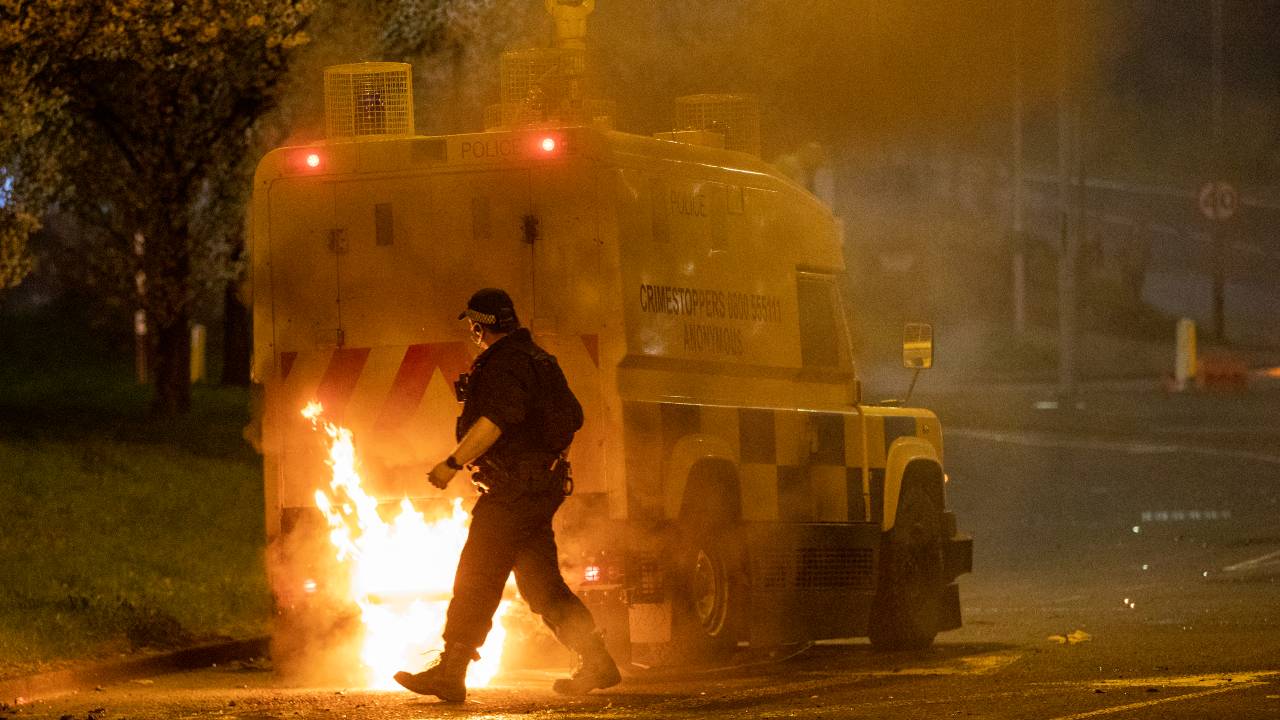 A police officer walks behind a police vehicle with flames leaping up the rear after violence broke out in Newtownabbey. /Paul Faith/AFP

A police officer walks behind a police vehicle with flames leaping up the rear after violence broke out in Newtownabbey. /Paul Faith/AFP

Prosecutors explained that police engagement with funeral organizers, plus a lack of clarity in the provinces COVID-19 regulations, were behind their decision.

Police success in cracking down on paramilitary gangs may also be crucial. The south-east Antrim Ulster Defence Association, thought to be heavily involved in crimes such as drug-dealing, are believed by security analysts and police to have orchestrated some of the disturbances in response.

Police Federation chair Mark Lindsay said there was "obviously paramilitary involvement" while PSNI chief Davy Beck said police had been "successful in respect of criminal gangs" and the violence was "perhaps a reaction from those involved in criminality."

The devolved Northern Ireland Assembly is being recalled early from its Easter break to discuss the violence.

Events in the coming weeks to mark the 100th anniversary of the creation of Northern Ireland could be problematic, along with July's annual Orangemen parades. Held by loyalists to celebrate the victory of Protestant King William of Orange over Catholic King James II at the Battle of the Boyne, the marches have regularly caused clashes, even in the years since the GFA.