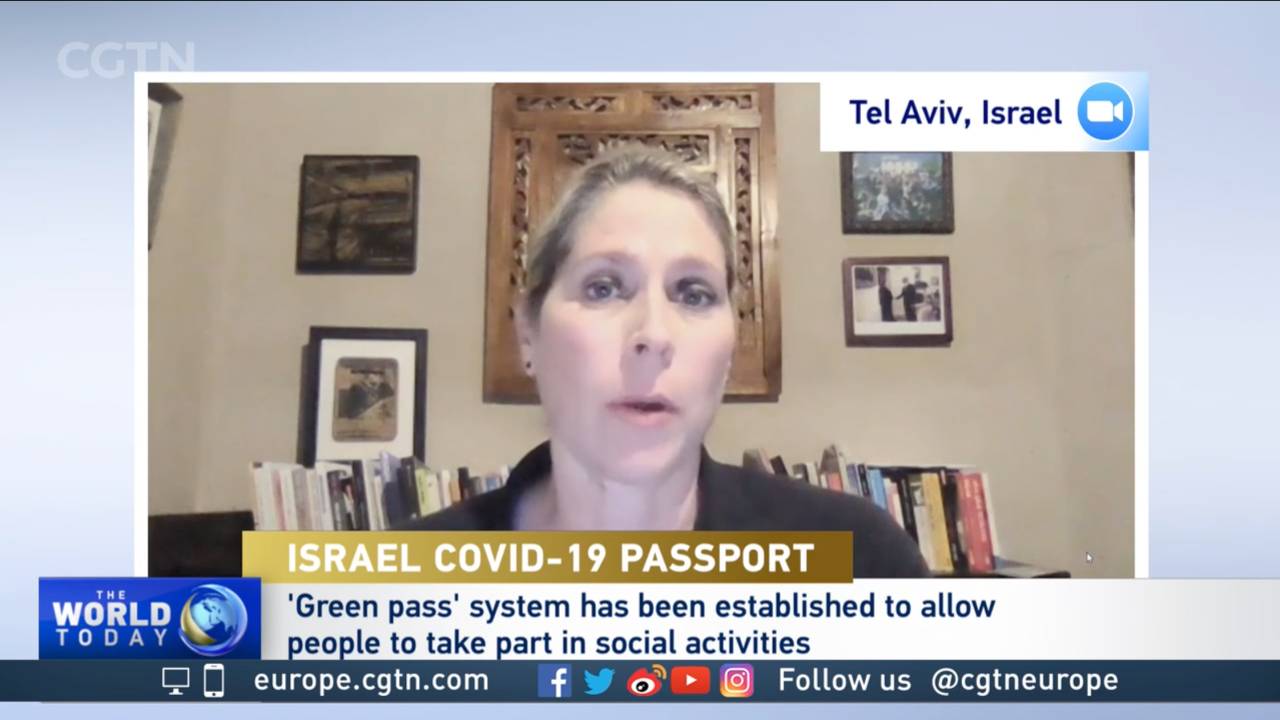 As European countries debate whether, or how, to introduce so-called 'vaccine passports', Israel introduced its "Green Pass" system in February - and it's had a dramatic effect on the country.

Having inoculated more than half of its 9 million population, Israel's app-based scheme allows people to show whether they have been inoculated against COVID-19 or if they have some level of immunity after contracting the virus.

While museums and malls remain open to anyone, Israelis now have to use the app to check in at swimming pools, restaurants, cafes, sports stadiums, and cultural venues like cinemas.

Tal Schneider, a political correspondent at The Times of Israel, tells CGTN Europe how a nationwide vaccine-based scheme works in real life - and what some of the pitfalls have been so far.