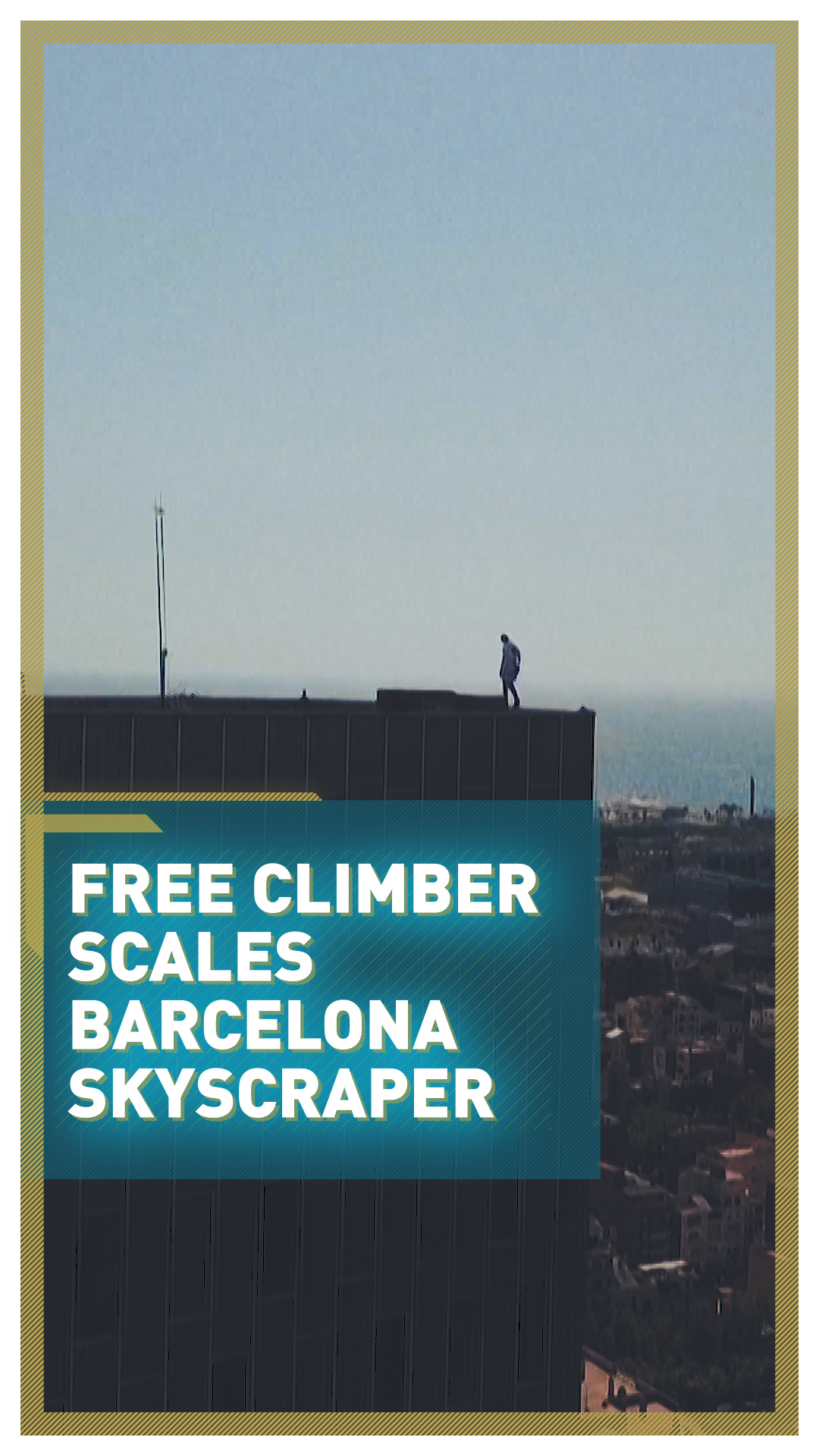 A 21-year-old British free climber has once again tempted fate by scaling one of Europe's highest skyscrapers without any ropes or safety measures.

Two years after free-climbing The Shard in London, George King clambered his way to the top of the 116-meter Melia Barcelona Sky Hotel on Friday, scaling the building in about 20 minutes.

After descending, he was arrested by Catalan regional police, but according to his lawyer, he will not have to pay a fine.

"When I was at the top I felt that I was in another dimension of bliss," King said. "When I met the police on the way down my head was still in the clouds."

The daredevil from Oxford first climbed the 310-meter Shard, the UK's tallest building, in 2019 without any safety apparatus. The stunt earned him six months in a young offenders' center for breaking a civil injunction set by the building's owners. 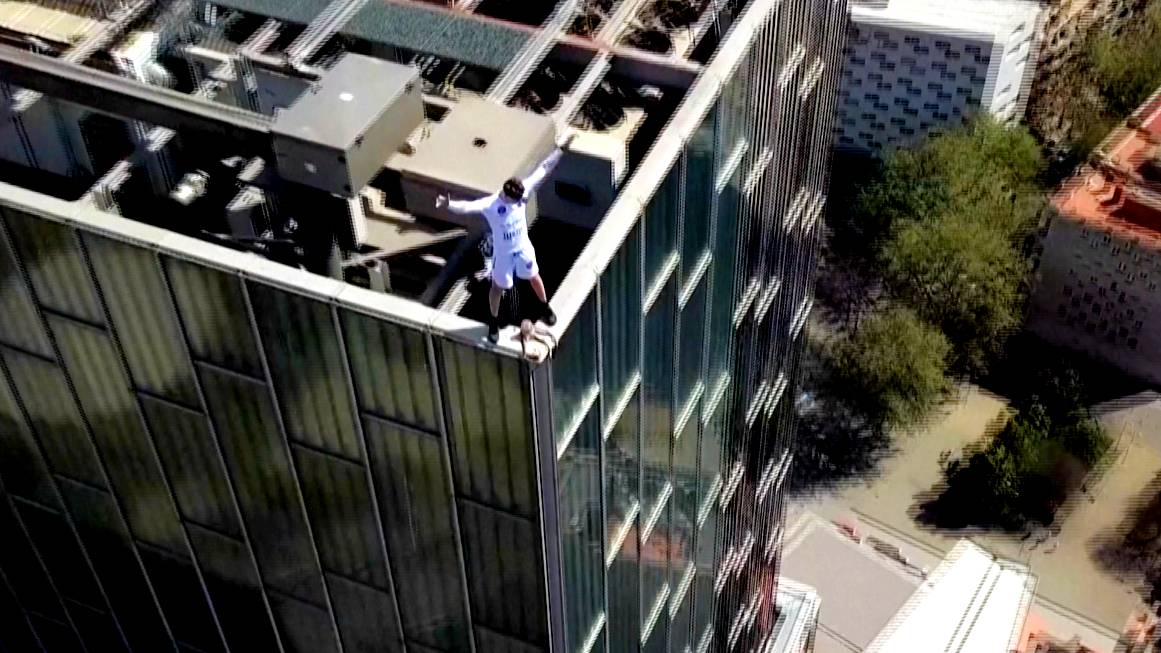 King 'in another dimension of bliss' atop the 116-meter Barcelona hotel he climbed without ropes or safety gear. /Pau Barrena/AFP

King 'in another dimension of bliss' atop the 116-meter Barcelona hotel he climbed without ropes or safety gear. /Pau Barrena/AFP

His jail sentence was criticized by supporters, including famed free climber Alain Robert – better known as the "French Spiderman" for his own impressive ascents.

King, whose taste for scaling bulidings started when he climbed onto the roof of his family home aged 12, has also scaled the 144-meter Agbar Tower skyscraper in Barcelona.