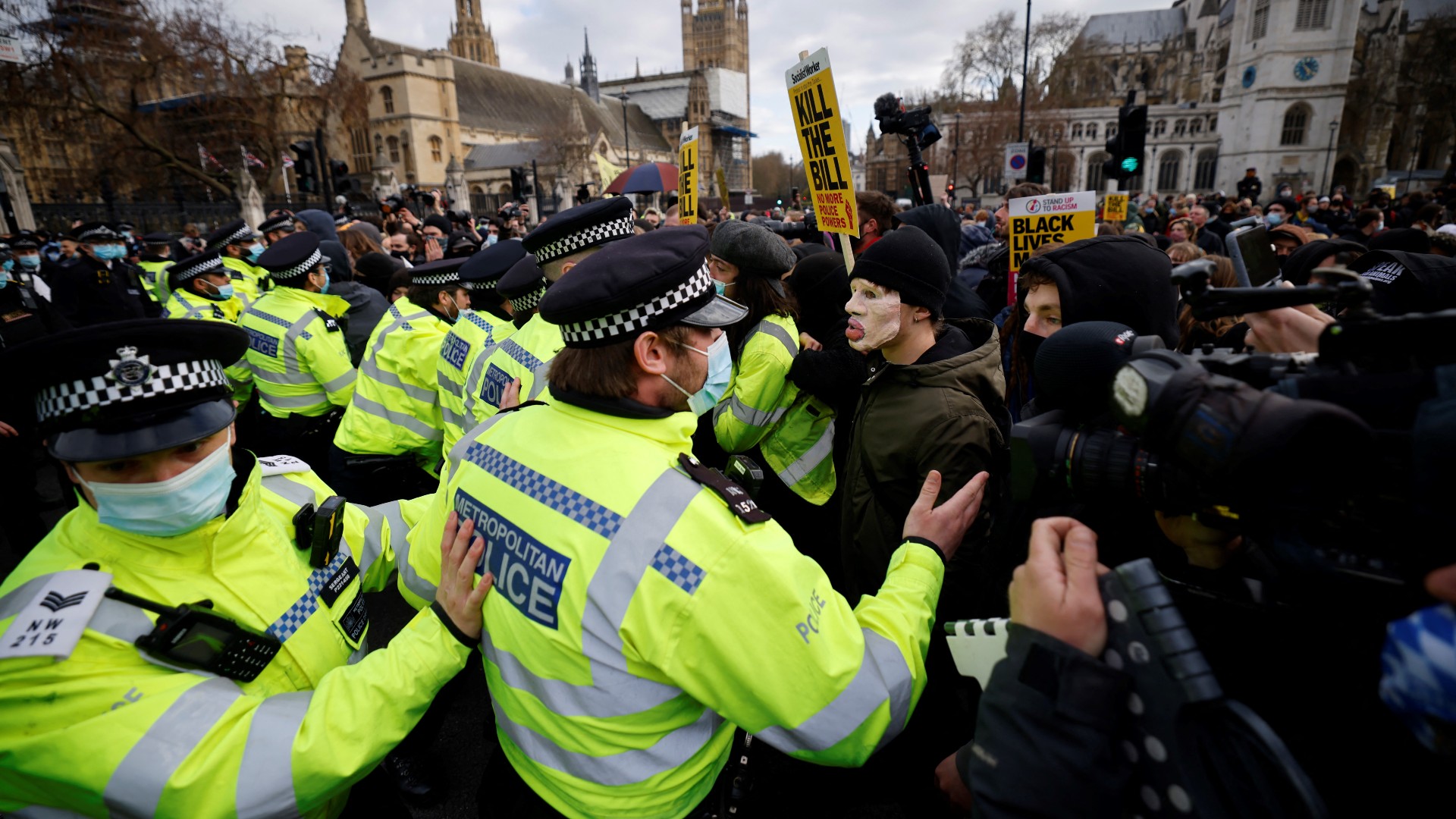 Across England hundreds of people have joined rallies to voice their objection to a proposed law that would give police stronger powers to curb protests.

In what have been dubbed 'kill the bill' protests, there have been 24 gatherings from Dorset to Newcastle this week with people meeting up and joining forces in London on Saturday.

Britain has a long history of public protest and its effect on policy, from the suffrage movement that won the vote for women in 1918 to the poll tax riots that led ultimately to the downfall of Margaret Thatcher.

Now the police, crime, sentencing and courts bill has raised tensions. It contains a range of proposals including allowing police to control the timing of demonstrations and to set noise limits, with the prospect of heavy fines and jail terms if people do not comply.

It also includes offences like intentionally or recklessly causing public nuisance designed to stop people occupying public spaces. Damage to a statue or memorial could result in a 10-year jail term.

The lack of police intervention during the Extinction Rebellion protests in 2019 is something that Boris Johnson's government is keen to stop. Protestors blocked main intersections like Oxford Circus and the principal bridges across the Thames in London.

Only last Friday, protesters sprayed paint on the walls of the Bank of England to highlight its continued support of the fossil fuel industry. 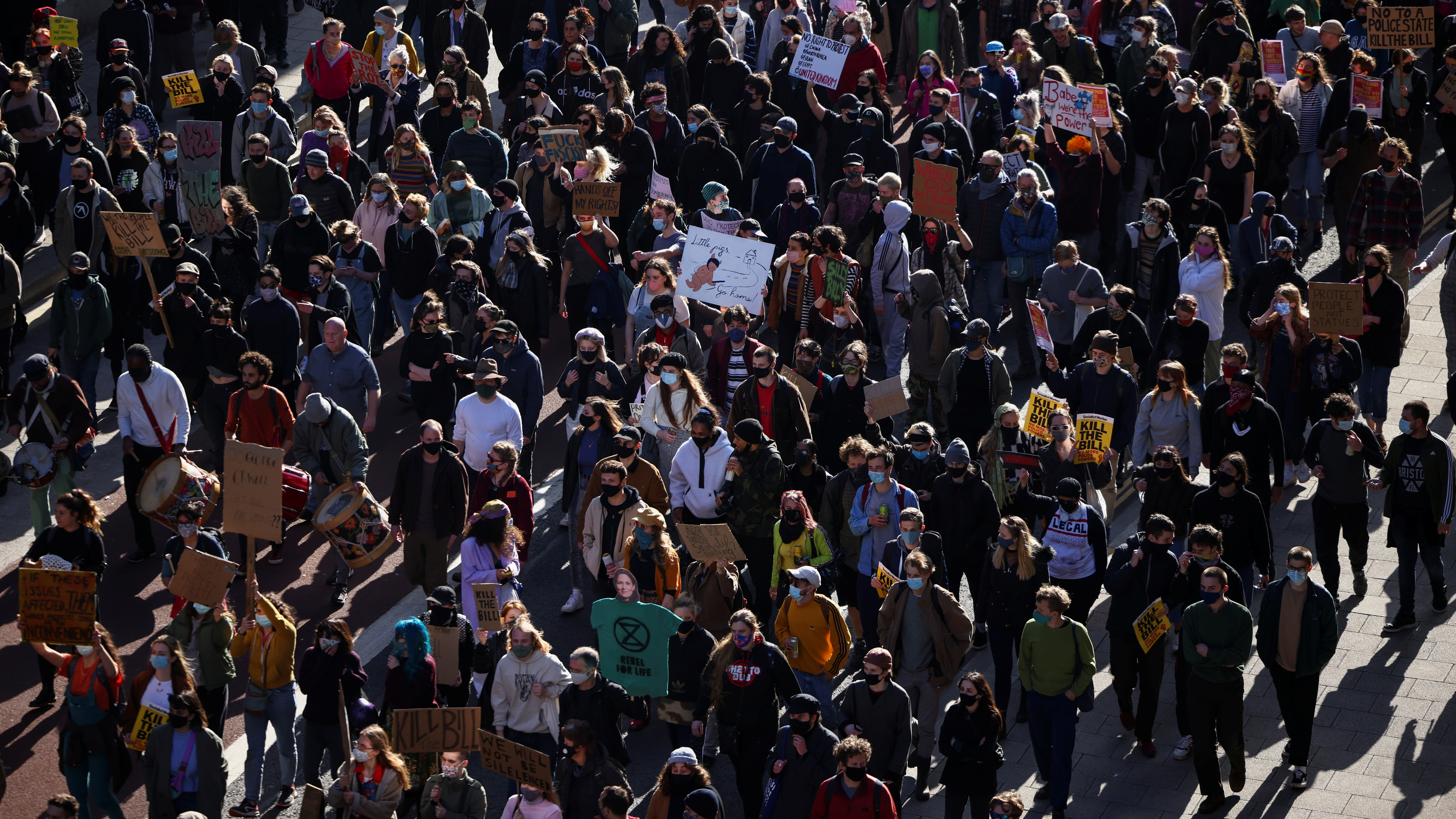 People have been protesting around the UK against proposed new police powers. /Henry NIcholls/Reuters

People have been protesting around the UK against proposed new police powers. /Henry NIcholls/Reuters

There is plenty of opposition to the bill with claims that it is extreme.

Former home secretary David Blunkett told local media that the bill risks making the UK "more like Putin's Russia" and that it would be a "lasting and toxic" legacy for the prime minister.

The opposition Labour party have called the measures draconian.

Women's rights protestors also gathered in Westminster to join a chorus of dissent against the bill, and the government's handling of the rights and safety of women.

"It's very sad for me to see women in their 20s who are holding signs saying that they feel unsafe walking the streets at night in 2021," said one protester.

It doesn't help the government's case that the women's vigil on March 13 for Sarah Everard, who was murdered while walking home in London, got out of hand under Metropolitan Police supervision. Footage of the police tackling protesters damaged their image as they were described as heavy-handed.