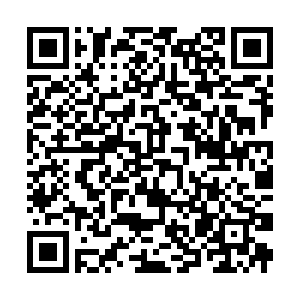 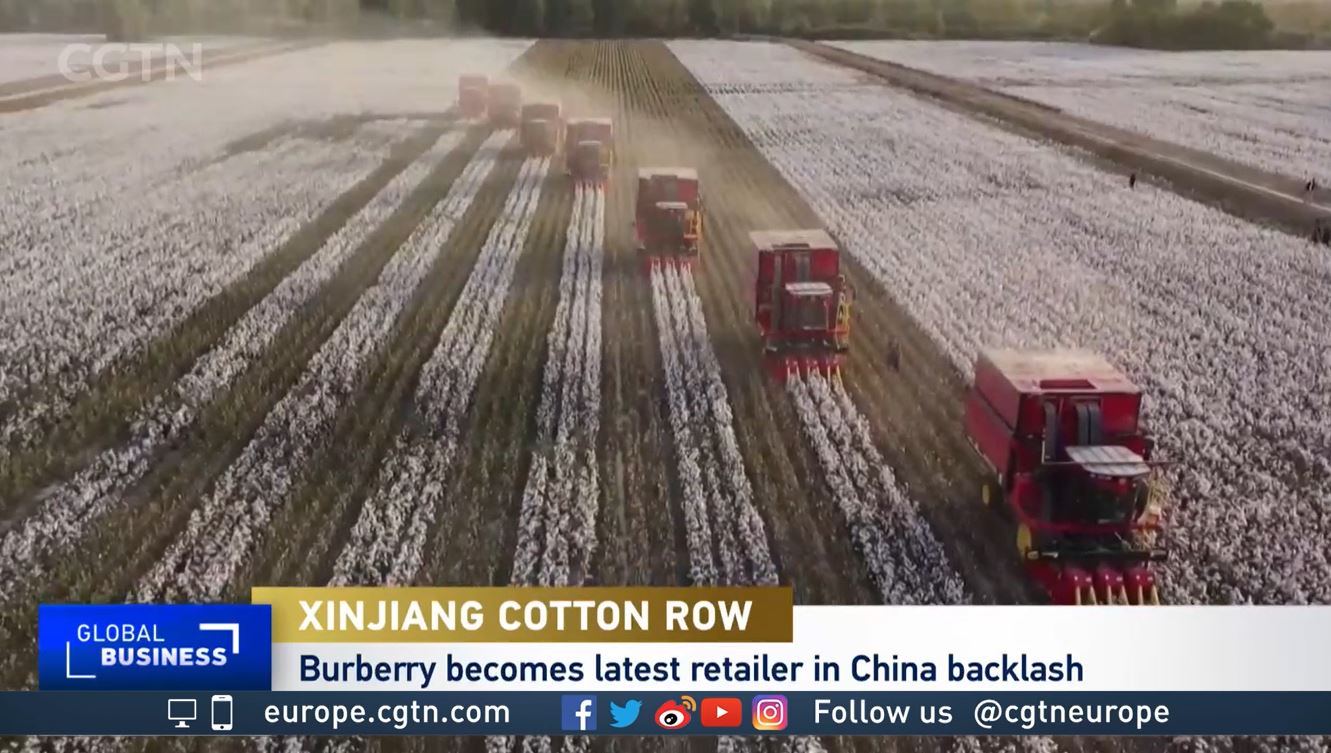 China's branch of the global trade body Better Cotton Initiative says it has not found signs of forced labor in Xinjiang province.

Burberry is the latest fashion retailer to face consumer backlash in China, after it announced it would not source cotton from the region, due to human rights allegations.

Many Chinese have called for boycotts of clothing brands H&M and Nike, after they expressed concern about alleged forced labor in Xinjiang.

Beijing has repeatedly denied the accusations. The climate of Xinjiang is ideally suited to growing cotton and the region accounts for up to 20% of global production. The industry was once a huge employer but in recent years the harvest has become more mechanized.

"Some anti-China forces have said that through the institution of forced labor and the so-called poverty alleviation program, tens of millions of ethnic minority workers have been forced to pick cotton with their hands. All these accusations are totally against the facts," Li Xuejun, deputy director of the Standing Committee for the Xinjiang Uyghur Autonomous Region told a media briefing arranged by the Chinese embassy in London.

Read more: Listen to the people of Xinjiang, not media reports, China urges

In response to CGTN Europe's questions, the BCI in Geneva said it was focused on "improving sustainability… across the country."

"BCI is committed to promoting sustainable agriculture everywhere cotton is grown, including in China. In partnership with qualified local actors, we run field programmes which aim to deliver positive, measurable change to the environment and to the livelihoods and wellbeing of farming communities.

"In China, we are currently focusing our efforts on the provinces of Hubei, Hebei, Shandong and Gansu. BCI supports over one hundred thousand smallholder farmers in these provinces. We are engaging in a constructive dialogue with all interested local actors across China. In line with our mission, we are supporting all efforts to continuously improve sustainability standards across the country."

The Shanghai office of BCI had earlier released a statement to confirm it didn't find any cases of "forced labor" in Xinjiang.

BCI represents nearly 2,000 member firms and brands around the world, from clothing retailers to cotton farmers.

Some multinational companies like H&M and Nike, members of the BCI, are facing a backlash in China after they announced they were to suspend sourcing cotton from Xinjiang.

Chinese consumers also called to support domestic sportswear brands like Anta and Li Ning, which saw a surge in stock on Thursday.