Download
Should the EU impose a border tax on carbon-intensive imports?
Jim Drury 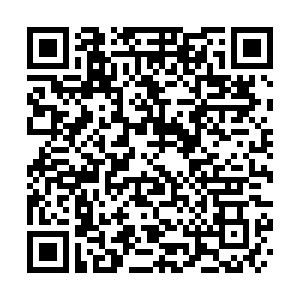 CBAM is part of the EU's Green Deal that vows to make Europe the first climate-neutral continent. /VCG

CBAM is part of the EU's Green Deal that vows to make Europe the first climate-neutral continent. /VCG

The European Union wants to make Europe the first climate-neutral continent by 2050 and sees strict environmental legislation as the way to reduce the emissions of companies across Europe.

The EU explicitly trumpets the "polluter pays" principle, but this could expose European-based companies to non-EU competitors with larger carbon footprints.

In response to such fears, the EU is in the process of formalizing a carbon tax on imported goods made using cheap, carbon dioxide-producing, power sources. Planned for implementation in 2023, the proposed carbon border tax plan (CBAM) is part of the bloc's European Green Deal aimed at climate neutrality. It aims to ensure that imports from outside Europe do not have an unfair advantage if manufactured with a larger carbon footprint.

An international summit on CBAM is being hosted this week by France, but the scheme's passage will be far from easy. As well as the difficulty in securing agreement from all 27 EU countries, it faces strong international opposition. Mathias Cormann – incoming secretary-general of the Organisation for Economic Co-operation and Development (OECD) – is the latest to express his reservations.

So what is CBAM and how significant is it?

A carbon tax would be introduced on imported goods that have not been subject to similar taxation already. Makers of non-European products will need to buy pollution permits from the EU's carbon emissions scheme, known as the Emissions Trading system (ETS). CBAM aims to protect EU countries' manufacturers and motivate them to adhere to green regulations.

Free allocations of permits handed to Europe's energy intensive sectors like cement and steel-making under the ETS will be phased out. CBAM could bring in $6bn to $16bn, which would replenish the EU budget and finance the bloc's green transition.

The cement, steel and chemical industries are likely early candidates because they are energy-intensive, exposed to international competition and cannot easily switch their manufacturing processes to low-carbon electricity.

Companies in Eastern Europe, Turkey and North Africa are most at risk of being targeted. Firms in South Africa and India, which use high shares of coal power, and Russia, which imports oil, gas and metal to the continent, will also suffer. China's steel-making industry could be affected. Despite suggesting its own border carbon adjustment fees, the new U.S. administration is wary. Two weeks ago, John Kerry, U.S. envoy on climate, warned the EU that the CBAM should be a "last resort," and urged the bloc to wait until after the 2021 United Nations Climate Change Conference (COP26 ) in Glasgow so that a global scheme could be discussed.

China says CBAM risks promoting unilateralism and protectionism. It also argues that the new tax violates the core principle of the 2015 Paris Agreement, in which richer countries must bear greater responsibility for cutting emissions. This point is echoed by charities such as Oxfam Kenya, which says the economies of developing countries could be harmed.

There is a danger that the EU's largest trading partners, such as Russia, India and China, could introduce import tariffs in retaliation, potentially provoking a global trade war.

On Tuesday, Cormann told the Financial Times the EU should rethink its plans: "Reintroducing new trade tariffs clearly would have implications for trade and global economy at a time when we want to maximize the strength of the post-COVID recovery."

He added: "It would be much preferable if each jurisdiction carries the appropriate burden to help achieve global net zero without having to introduce new trade tariffs."

The plan has been passed by the European Parliament and the European Commission wants to adopt its proposal in June. Before it comes into force in January 2023, EU member states will discuss their own positions on the issue in what is expected to be a tricky negotiation process lasting many months.

CBAM requires unanimous backing by all EU member states, unlike most bloc decisions that are decided by a majority. Previous attempts to introduce levies across the bloc have failed, with governments often unwilling to transfer tax-raising powers to Brussels. The two largest member states, Germany and France, support the CBAM proposal, providing it is in line with WTO rules. Italy, Spain, and Poland are also believed to be in favor.